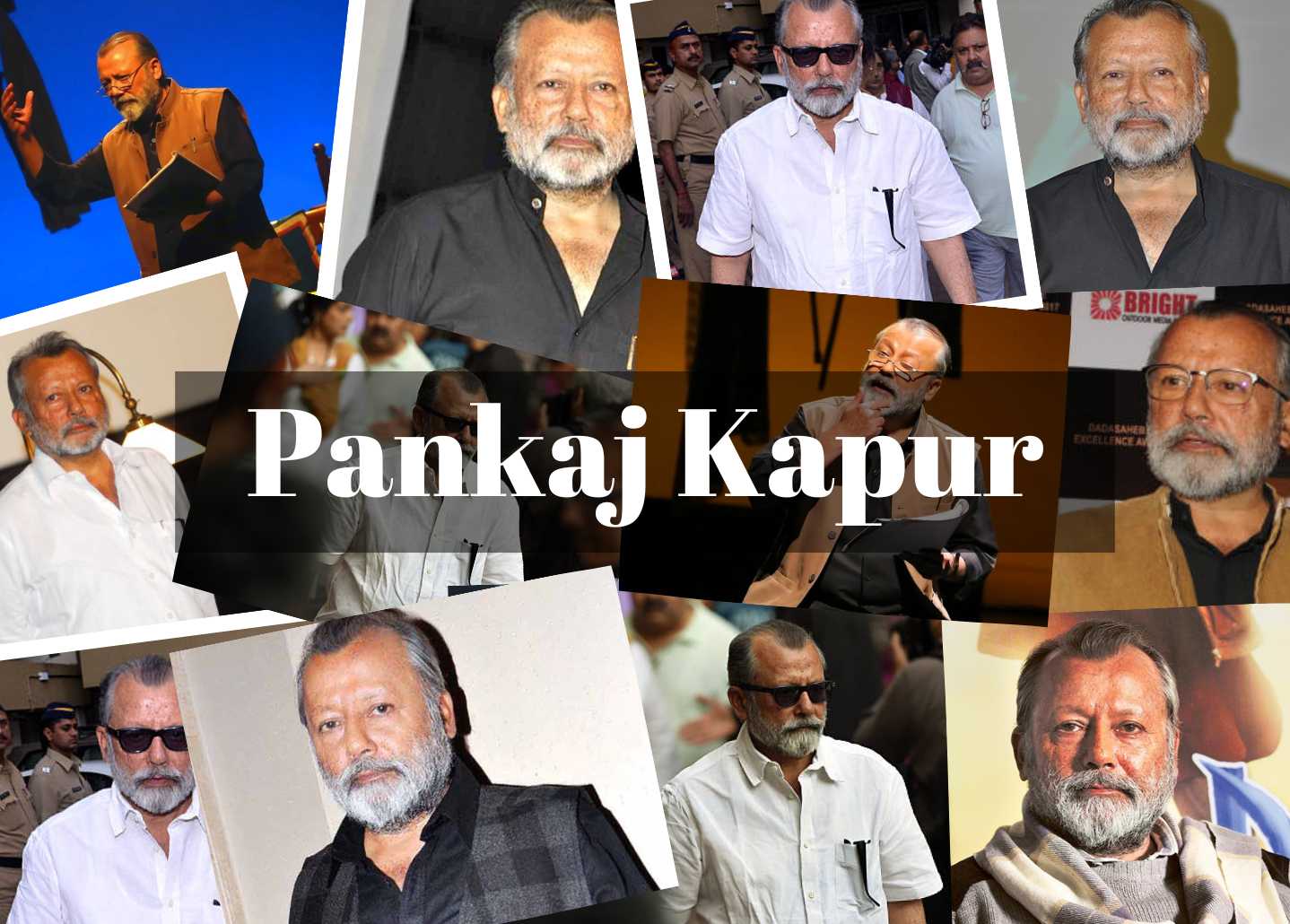 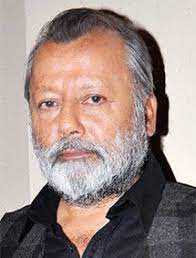 Indian actor Pankaj Kapoor (born May 29, 1954) has appeared in Hindi theatre, television, and movies. He has made appearances in a number of movies and television shows. He has won various honours, including three National Film Awards and a Filmfare Award. His most well-known film performances to date include Inspector P.K. in Raakh (1989), Dr. Dipankar Roy in Ek Doctor Ki Maut (1991), and Abba ji (based on King Duncan from Shakespeare's Macbeth) and Maqbool in Vishal Bhardwaj's adaption.

Through the humorous detective television series Karamchand, which aired in the 1980s, he rose to fame. And in the new millennium, Office Office, a humorous parody on India's pervasive corruption. 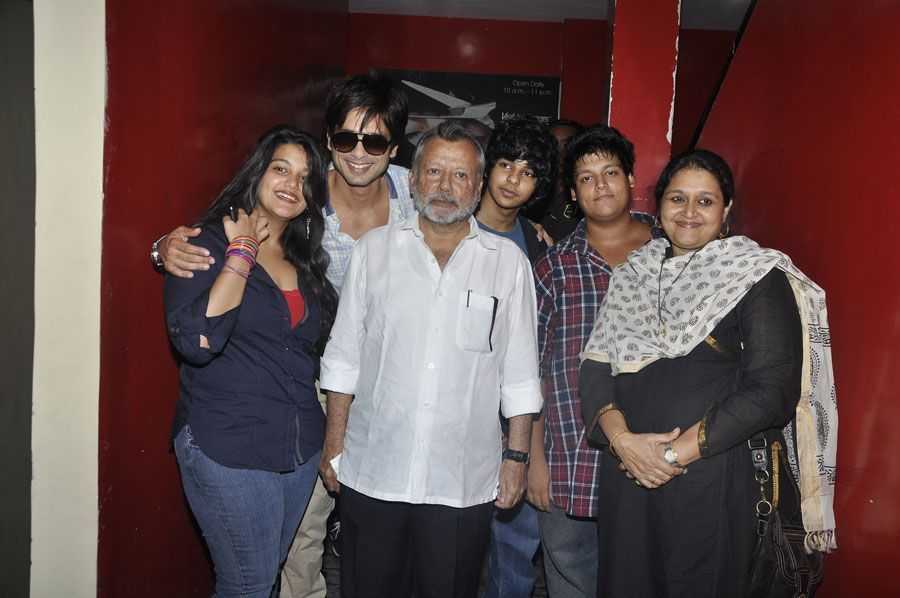 On May 29, 1954, Pankaj Kapur was born in a Khatri family in Ludhiana, Punjab. While growing up, he became quite interested in performing and theatre, finishing his schooling there. He subsequently chose to further his enthusiasm by enrolling in the National School of Drama. In 1979, he wed the dancer and actress Neelima Azeem. They made their home in New Delhi, where in 1981 they had their lone child, Shahid Kapoor. 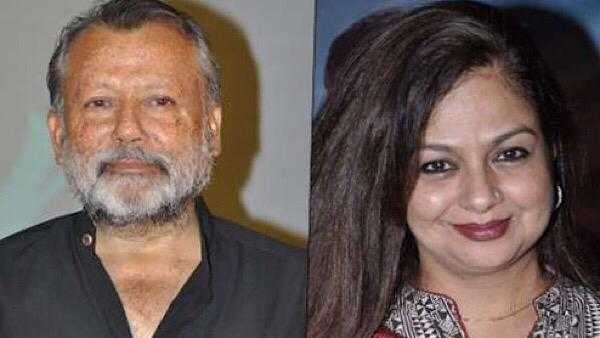 Pankaj Kapur established a reputation in the theatre industry before making his big-screen debut. When this creative man met Neelima Azeem, another creative person, he was still a student at the National School of Drama. When Neelima began dating Pankaj Kapur, she was working toward her goal of becoming a dancer. She wanted to be a professional Kathak dancer and was studying under Birju Maharaj. Everything began in 1974 when the young couple experienced an unbreakable love affair. The intensity of their attraction led Pankaj Kapur, then 21 years old, to choose to wed Neelima Azeem, then 16 years old, in 1975.

In 1981, the couple gave birth to Shahid Kapoor, their lone child. Before Shahid was born, everything was going well, but then things started to change. The disparities between Pankaj and Neelima grew to the point where they divorced in 1984. This divorce wasn't one of those nasty ones. They gracefully parted ways. Pankaj retained custody of Neelima while Shahid remained behind with her. 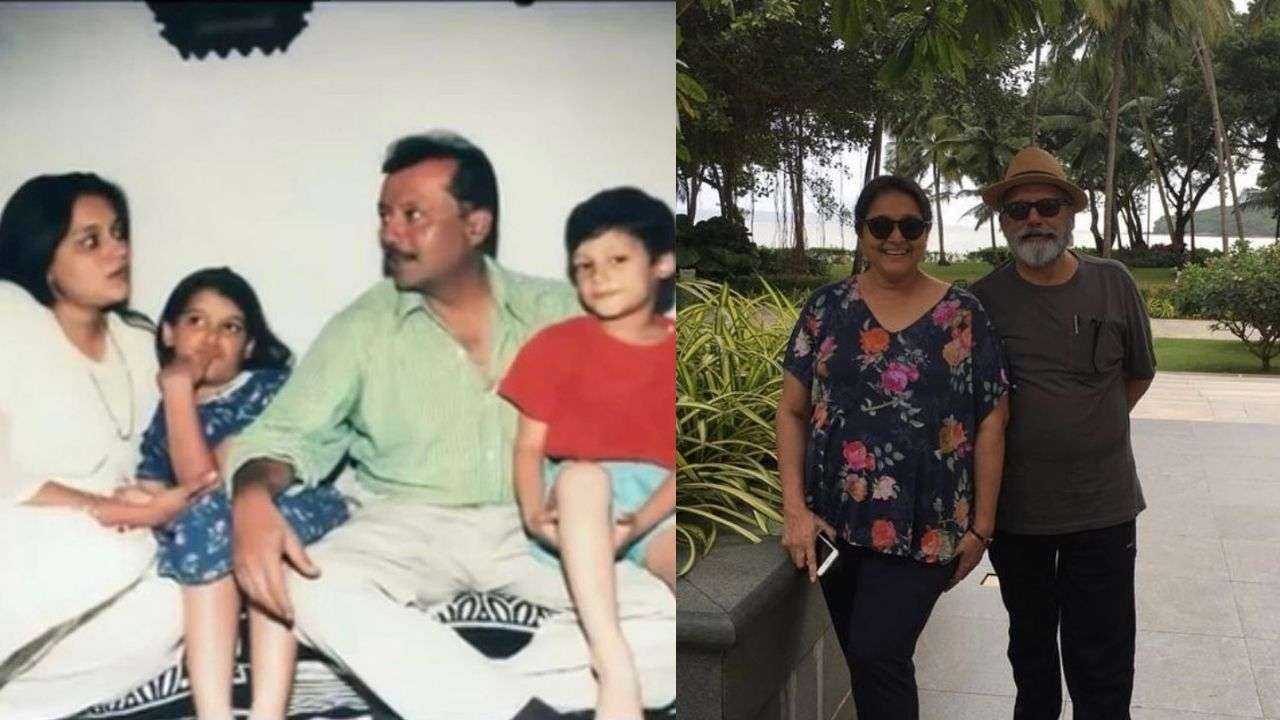 In 1986, Pankaj Kapur and Supriya Pathak worked together on the movie Naya Mausam. Despite the fact that the movie was never released, it laid the groundwork for the bond that would eventually lead to their forever. Before meeting Pankaj, Supriya had heard many rumors about him, one of which was that he was an alcoholic. But as soon as she got to know him, she discovered that all the rumors were untrue.

Pankaj and Supriya were aware of their shared interests. Supriya, like Pankaj, was burdened by the remnants of a broken marriage. When she was only 22, she made an imprudent marriage. Pankaj and Supriya were both searching for genuine love following their divorces. Pankaj was open about his priorities at all times. He expressed his love for his kid to Supriya, who graciously accepted his words. As she recalls: His prior marriage was of no concern to me. I was a blank slate when I met him. His son Shahid meant the most to him, as he had made clear from the start.

She had a connection with Shahid right away when they first met. Supriya declared: A gussewala bachcha, he was. But aside from that, he was a pretty kind kid, and we strangely clicked right away. He didn't press me for anything, and neither did I have to insist on anything.

Supriya and Pankaj agreed that getting another chance was preferable. They are happy taking care of their family and enjoy a successful marriage. Sanaah, their first kid, was born in 1990, and Ruhaan, their second child, was born in 1994. A wolf pack is formed by Ishaan, Neelima Azeem's son, and all three of Pankaj Kapur's children. They frequently appear to be one big joyful family hanging out together. Supriya declares I feel like I have Pankaj in three different ages: at 60 as himself, at 33 as Shahid, and now with my younger son Ruhaan at 20, the author said. 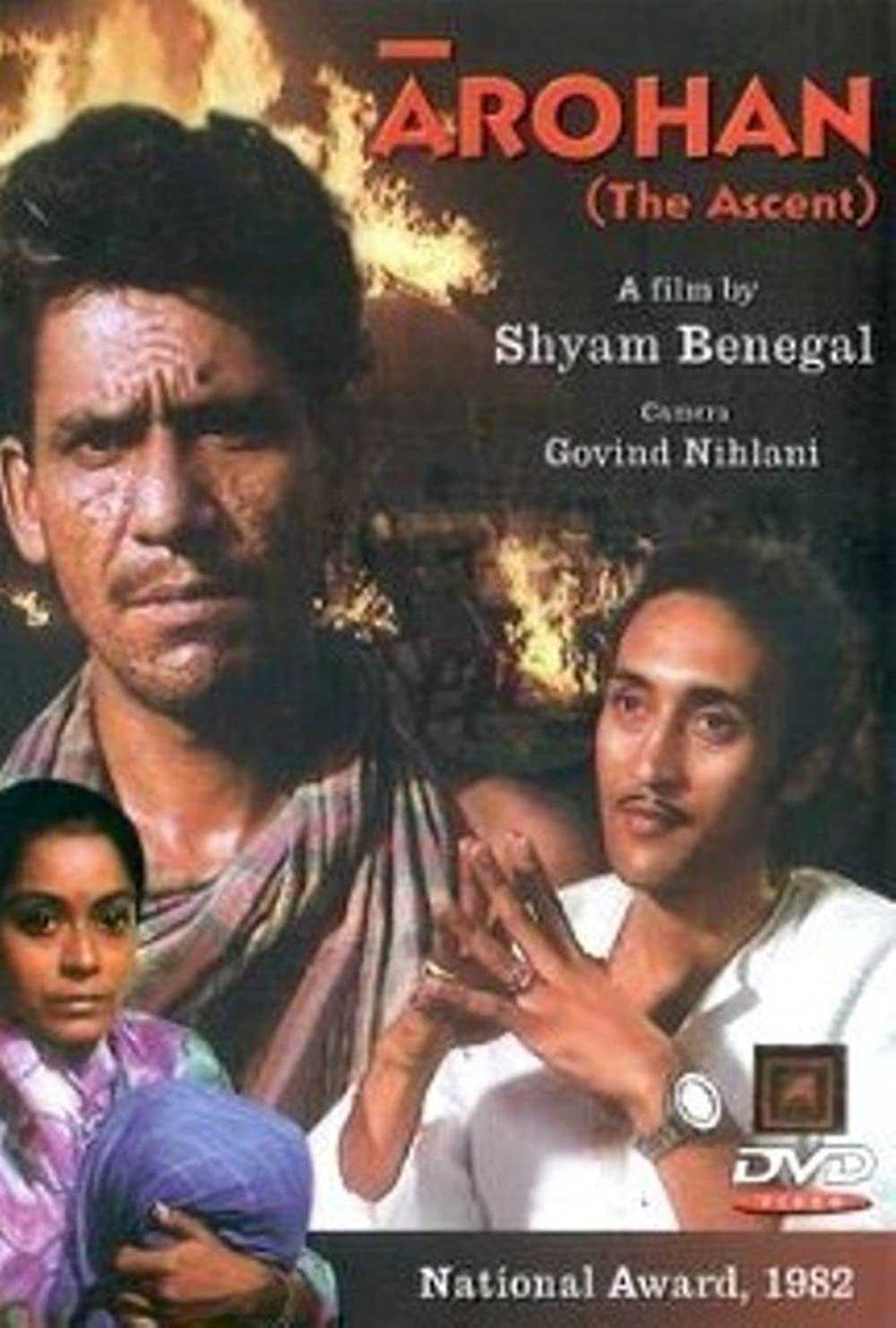 Poor farmer Hari Mondal (Om Puri) lives in the outlying Bengali village of Giripur in the Birbhum district with his wife, two sons, brother, aunt Kalidashi (Gita Sen), who is elderly and widowed, and her daughter Panchi. The film begins in the middle of the 1960s, as Bengal is being overtaken by the Naxalbari uprising and oppressed farmers are being brought together by young people who support communism and a socialist republic.

A 1982 period biographical film titled Gandhi is based on the life of Mahatma Gandhi, who led the nonviolent, non-cooperative Indian independence fight against the British Empire. It is a co-production between India and the UK, with Richard Attenborough serving as both producer and director. John Briley wrote the screenplay. Ben Kingsley plays the title character in it. The movie follows Gandhi's life from a pivotal event in 1893, when he is expelled from a South African train for riding in a whites-only section, to his death and funeral in 1948. Gandhi, a practicing Hindu, is shown to have accepted other religions, especially Christianity and Islam.

Gandhi was declared free on 30 November 1982 in India, 3 December in the UK, and 8 December in the US. It was praised for portraying Gandhi's life, the Indian independence movement, and the deteriorating effects of British colonialism on India historically accurately, as well as for its production values, costume design, and Kingsley's performance, which won praise from critics all over the world. With a $22 million budget and a $127.8 million profit, it was a commercial success.

At the 55th Academy Awards, the movie was nominated for a record-breaking eleven times and won eight times—more than any other movie that year—including Best Picture, Best Director, and Best Actor. The film was retrospectively shown on August 12, 2016, as the opening film at the Independence Day Film Festival, which was organised by the Ministry of Defense and the Indian Directorate of Film Festivals to celebrate the 70th anniversary of Indian Independence Day. Gandhi was ranked as the 34th best British film of the 20th century by the British Film Institute. 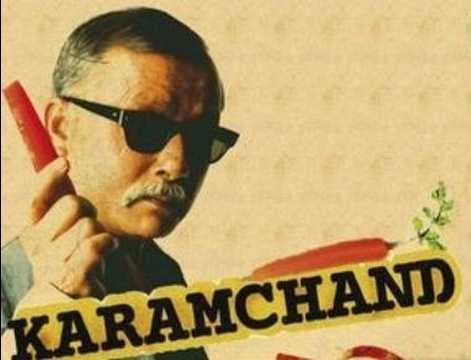 Detective Karamchand is known for solving crimes in his own unique way, always munching on carrots and frequently playing chess with Police Inspector A Khan. He works with the amusing Kitty. Karamchand also tells Kitty to shut up whenever she makes a silly mistake or comes dangerously close to disclosing the secret.

In 2006, Sony Entertainment Television brought this series back. As the carrot-chewing Karamchand, Pankaj Kapur returned, and Sucheta Khanna as Kitty. The program's second iteration ran on Saturdays at 9:00 PM. 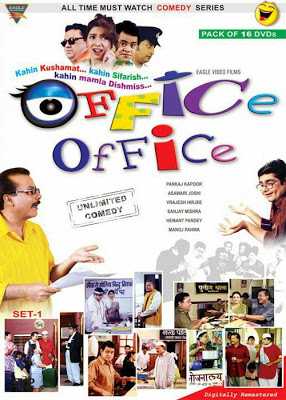 The first episode of the sitcom Office Office, which is in the Hindi language, aired on SAB TV on September 3, 2001. The programme was a satirical look at India's pervasive corruption. Mussadilal, played by Pankaj Kapur, was the series' main character.
In Mumbai, the Gemini and Kamalistan studios were used for the filming. The plot of this show earned favourable reviews, and it won the Best Comedy prize at the RAPA Awards in 2001 and 2002. Naya Office Office, a sequel series to Office Office, debuted on Star One in 2007.

Additionally, a comic book series based on the programme was started. Prakash Books was the publisher of the books. Chala Mussaddi, a movie based on a television series. The movie Office Office, which debuted on August 5, 2011, received mostly unfavourable reviews from critics. 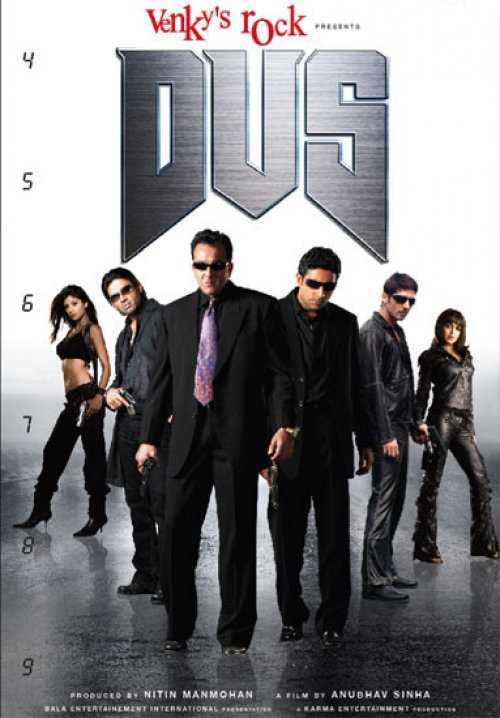 Dus is a memorial to the late, renowned director Mukul S. Anand, who passed away while filming the unfinished 1997 movie of the same name, starring Salman Khan, Dutt, and Shetty. Both critically and financially, it was successful.

As they set out on a mission to thwart a deadly terrorist attack planned by an international terrorist and felon, Jamwaal, with only seven days to do so, the movie follows the head of the fictional Anti-Terrorist Cell, played by Dutt, and his team. The incident was scheduled to occur on May 10, which explains the movie's title. 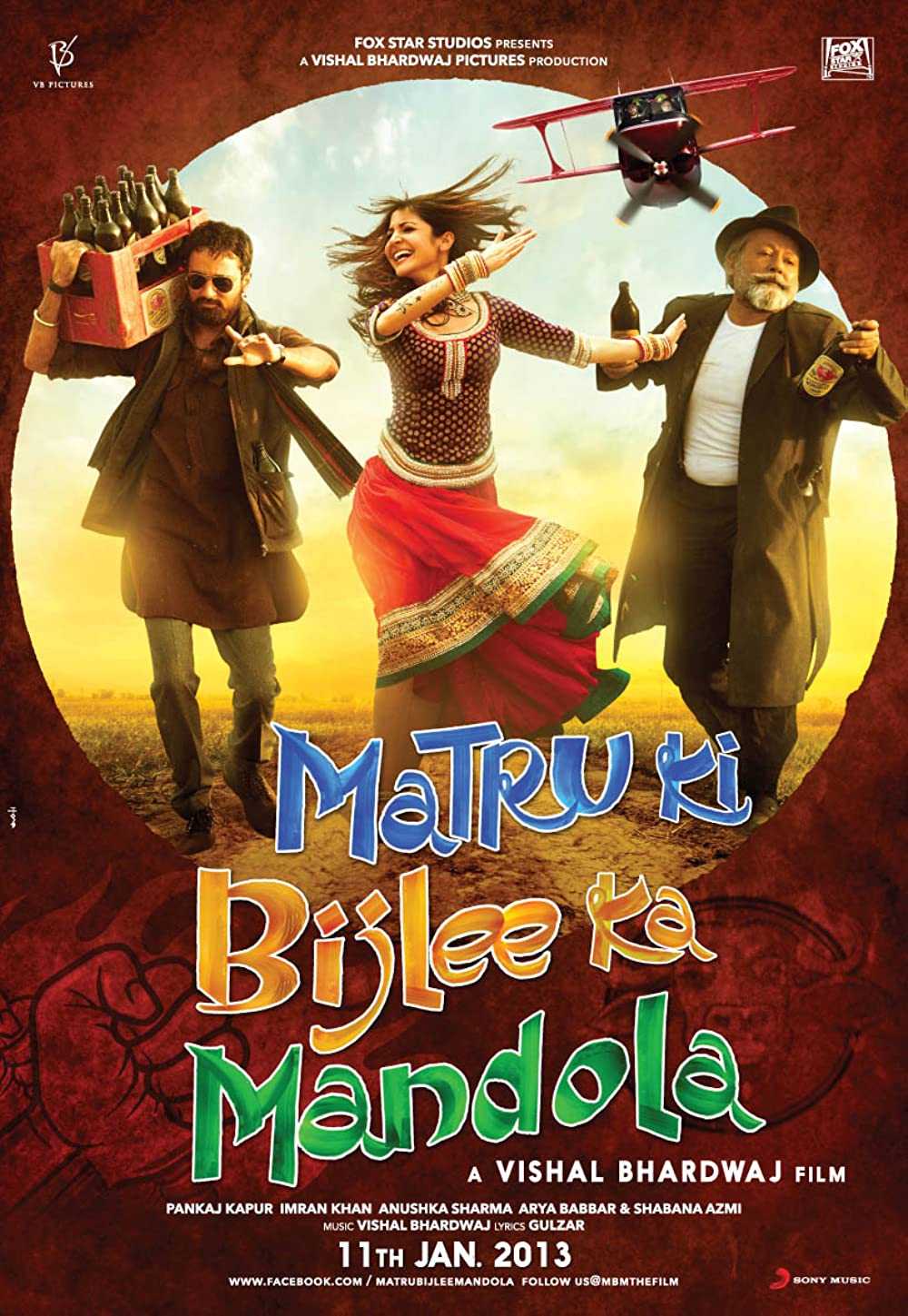 With lyrics by Gulzar, Vishal Bhardwaj created the soundtrack for the movie. Sony Music India released the album's soundtrack. On November 30, 2012, Sukhwinder Singh and Ranjit Barot's title song was made available as a single track. On December 12, 2012, Rekha Bhardwaj, Mohit Chauhan, and Shankar Mahadevan released Oye Boy Charlie, another single. On December 19, 2012, the complete album was made available on Saavn.com. According to Musicperk.com's 8/10 rating, the album is well worth a listen.

The producers of Jab Khuli Kitab announced it in December of last year. The movie, which was directed by Saurabh Shukla, features Dimple Kapadia and Pankaj Kapur in the key roles. The elderly couple at the centre of the movie is divorcing after 50 years of marriage. The movie, which is set in Uttarakhand, finished shooting there in December of the previous year

Pankaj Kapur, Piyush Mishra, and Abhay Deol all play significant roles in the sci-fi thriller. The web series, which debuted on SonyLiv in September 2020, received a resoundingly positive response from both critics and viewers. 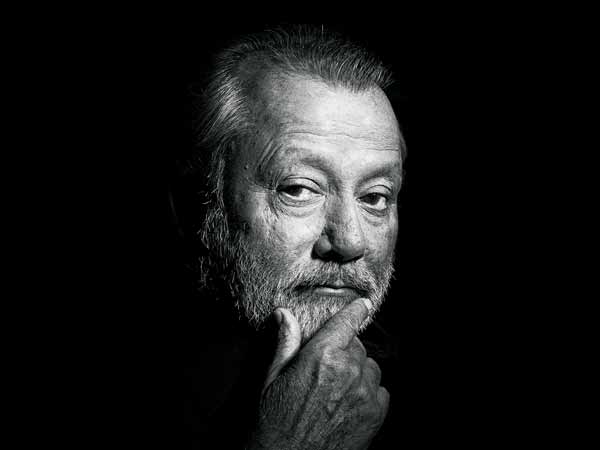 What is Pankaj Kapur's estimated net worth? How much does He make? It should be noted that both net worth and salaries fluctuate over time. The table below contains the most recent data on salary and assets. This section also includes controversy. Pankaj Kapur has a total net worth of Rs. 2 crores.

He worked on stage for the first four years following his graduation from the National School of Drama. Later, he received his big break in the Gandhi movie starring Richard Attenborough. In 1975, he wed the dancer and actress Neelima Azeem. They made their home in New Delhi, where in 1981 they had their lone child, Shahid Kapoor. In 1984, the couple got a divorce.

Through the comedy detective television series Karamchand, which aired in the 1980s, he rose to fame. And in the new millennium, Office Office, a humorous parody on India's pervasive corruption. 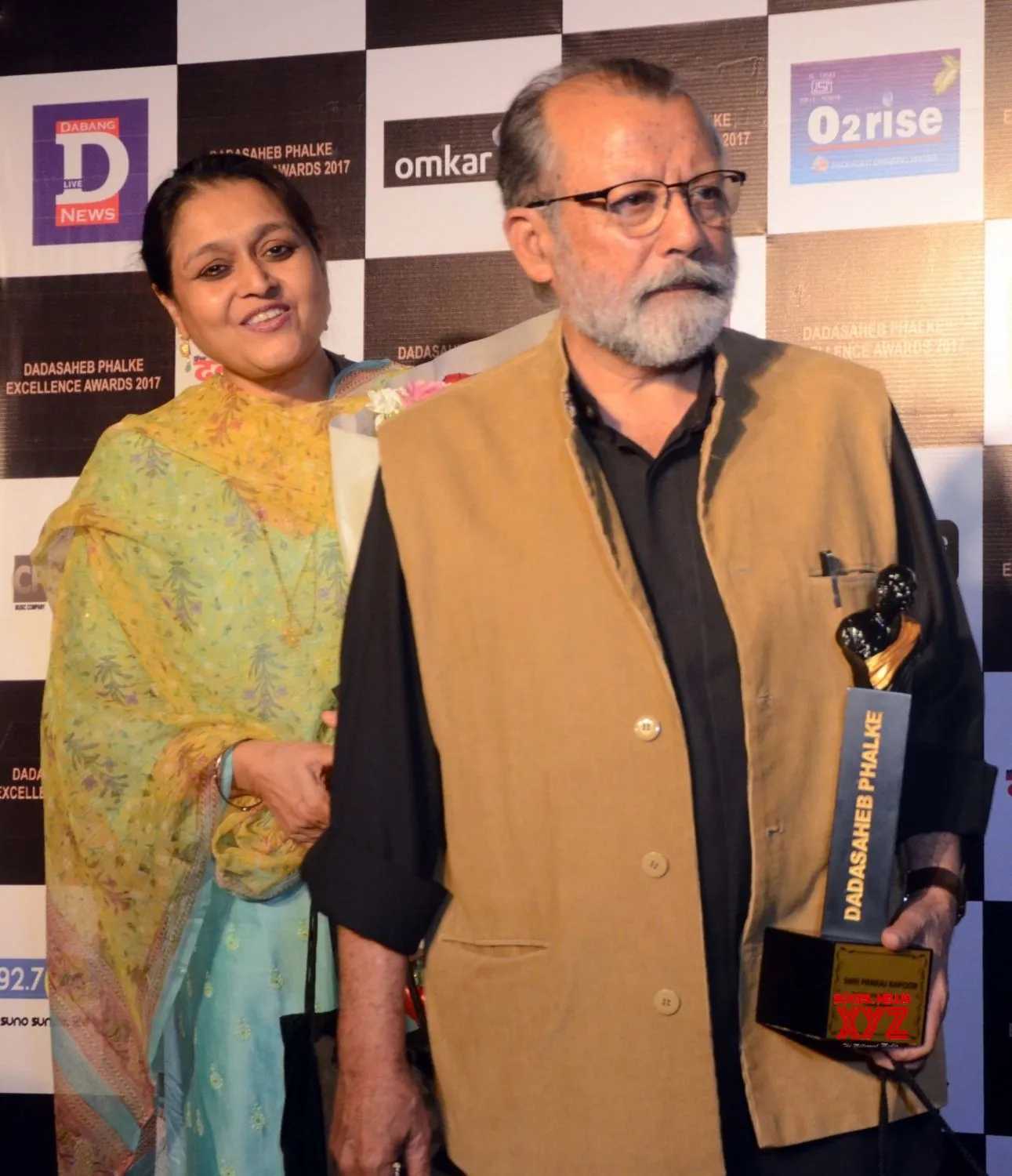 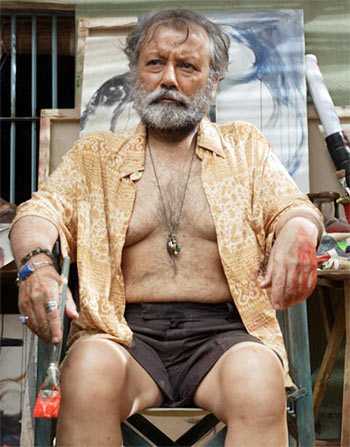 Who is Pankaj Kapur?

Pankaj Kapur is an Indian actor mostly working in Movies, Tv and Theatres.

Who is Pankaj Kapur's wife?

What is Pankaj Kapur’s children name?

What is Pankaj Kapur's age?

What is the first movie of Pankaj Kapur?

Yes. Pankaj Kapur has a total net worth of 2 crores rupees.

Who is Pankaj Kapur’s girlfriend?

What are Pankaj Kapur's upcoming movies?

What is Pankaj Kapur's net worth?

Pankaj Kapur's net worth in Indian rupees is 2 Crores in 2022.

What are the best movies of Pankaj Kapur?

What is Pankaj Kapur’s birthdate?

How old is Pankaj Kapur?

Pankaj Kapur is famous for ?

Pankaj kapur is famous for his tv shows office office and karamchand.
×