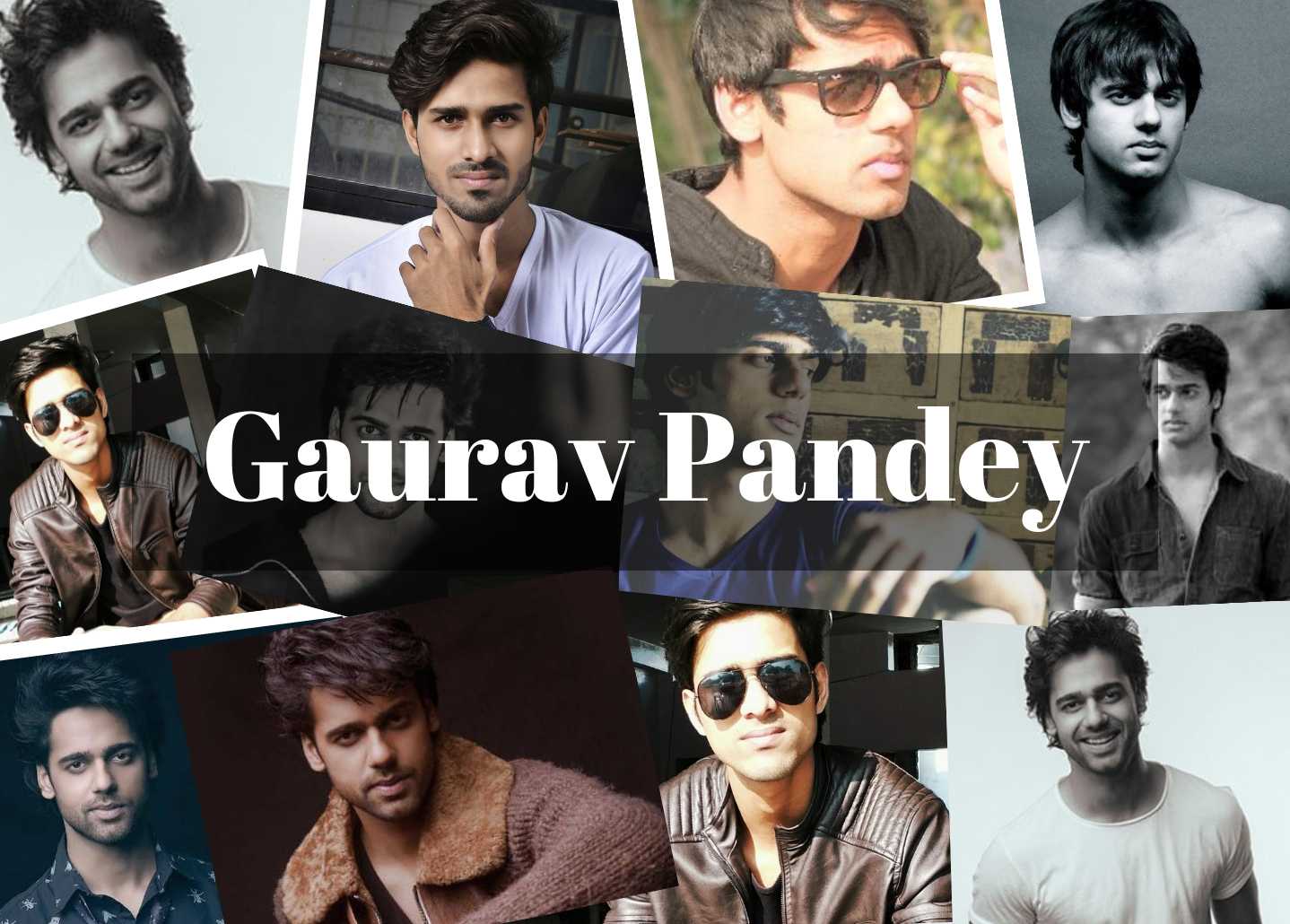 Gaurav Pandey is an Indian actor. At Kreating Charakters Acting School, he received training. He has starred in commercials for companies like Volkswagen, Colgate Plax, OLX, KFC, and Sprite. His first acting job was as a supporting character named Shonty in the movie Humpty Sharma Ki Dulhania (2014). Additionally, he appeared in the short film The Love Bites by Siddharth Sikka. A Man's World, a Y Films web series, featured Pandey in 2015. In 2016, he also had an appearance in the Remo D'Souza movie A Flying Jatt.

Gaurav Pandey began his film career in 1997 with the release of Aastha: In the Prison of Spring. Since then, he has frequently acted in a number of films and has established himself as a well-known kid star in Hindi cinema. Gaurav Pandey later made appearances in the films Stumped (2003 release) and Anuranan (2006 release). The Bengali film Shukno Lanka, which was released in 2010, also featured him.

Additionally, in 2013, Gaurav Pandey performed the part of Hassan in the Bengali film Hanuman.com. He made an appearance in the Hindi short film The Prince that same year. He performed in the Bollywood film Humpty Sharma Ki Dulhania in 2014. He also performed as an actor in the 2015 short film The Love Bites, where he co-starred in with Siddharth Sikka. He participated in the web series A Man's World and Darling Don't Cheat from Y Films that same year.

A Flying Jatt, directed by Remo D'Souza, featured Gaurav Pandey in 2016. In 2017, he also had appearances in the online series Yo Ke Hua BRO and the two films Badrinath Ki Dulhania. The 2019 film Fuh Se Farishtey, in which he also acted, was also released. 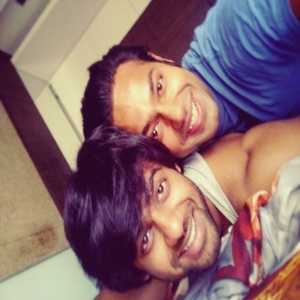 Gaurav's father enrolled him at the SelaQui International School in Dehradun after he finished Class VII at St. Mark's Senior Secondary Public School in West Delhi. He was majoring in Business Management in California, but he soon saw that he needed to work in an area where he could use his artistic abilities. He was also pursuing his studies in the fine arts. On May 10, 2009, he left his management courses behind and arrived in Mumbai. He enrolled in the Creating Characters Institute and soon began submitting his name for numerous commercial ad auditions. 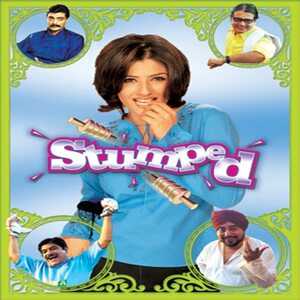 Stumped is a 2003 Bollywood sport/drama movie that Gaurav Pandey wrote, directed, and Raveena Tandon helped to produce. The producing role for this movie marks Raveena's debut. Salman Khan and Sachin Tendulkar, two legends of cricket, had brief cameos in the movie. Despite an impressive marketing effort, the movie did not garner much attention after it was released.

Some of the residents of Happy Home Society are Reena and her husband Major Raghav Seth, Ranga Khetrapal, Swadesh Deshpande, and their spouses, Laltu Singh, his wife Neetu, and son Bhola, Dukhiram, the building watchman, bachelor Subramaniam, and Baba, a blind holy man. The majority of them have a love of playing and watching cricket in common. After her husband was called back to Kargil to fight terrorists, Reena felt alone. Three young people who have a crush on her become her friends. However, when she learns that her husband is gone and presumed dead, everything drastically changes. But at the movie's conclusion, it becomes clear that the spouse has miraculously survived and has reconciled with Reena

A 2014 Hindi-language romantic comedy film titled Humpty Sharma Ki Dulhania was written and directed by debutant Shashank Khaitan and was made by Dharma Productions. Varun Dhawan, Alia Bhatt, and rookie Sidharth Shukla all-star in it.

When Kavya Pratap Singh, an outgoing and feisty girl from Ambala, travels to Delhi to do her wedding shopping, she meets Humpty Sharma, a young, carefree Delhi lad. Humpty, along with his two closest buddies, Shonty and Poplu, grew up together and still hang around at their father's university bookshop. Humpty initially finds Kavya unreachable, which only serves to increase his admiration for her. However, like a Delhi boy, he is not one to quit up so lightly. He learns everything there is to know about her with the aid of his two closest friends, and by an unexpected turn of circumstances, they begin to get closer. Their love-hate banter intensifies as they spend more time together, but their chemistry is clear. They are both unique yet have a lot in common as people. Young, spunky, and carefree, they are drawn to one another by the excitement of life. As planned, Kavya returns to Ambala when her trip is over, well aware that her father, the very loving but stern Mr. Singh would never accept her love for Humpty. Love happened even though neither of them were looking for it, therefore Humpty, along with his friends, resolves to go fetch Kavya. He is now embarking on an adventure that, even in his wildest thoughts, he never would have thought to take. Against all odds, Humpty makes the decision to persuade Kavya's family to support his alliance with her. The remainder of the tale concerns how he accomplishes this and whether he is successful in his goal.

On July 11, 2014, Humpty Sharma Ki Dulhania was released in theatres. With a global gross of 119 crore, it was a box office hit. In 2017, Badrinath Ki Dulhania, a sort of sequel, was made available. 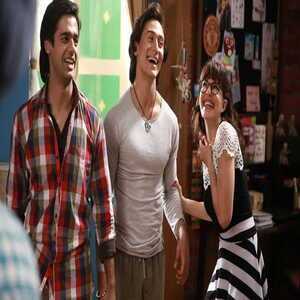 Remo D'Souza co-wrote and directed the 2016 Indian superhero movie A Flying Jatt, which was made by Balaji Motion Pictures. Tiger Shroff, Jacqueline Fernandez, and Nathan Jones play the main characters in it. The narrative of Aman Dhillon, a kid who acquires abilities from a miraculous tree, is told in A Flying Jatt.

Malhotra wants to buy a piece of land in a Sikh colony that belongs to Mrs. Dhillon, better known as Bebe, for his factory. Bebe, however, is not in the mood to give him the land. The property also contains a tree that is revered by all as being holy. Malhotra tells Bebe's son Aman that if she doesn't sell the land to him, her life will be in jeopardy. Raka is dispatched to cut the tree by Malhotra. Aman is sitting beside the sacred tree on a rainy night and is praying for his mother when he sees Raka sawing down the tree. They start fighting, and after Aman is defeated by Raka, he quickly recovers by drawing holy powers from the tree. Raka transforms into a poisonous Monster who wants to destroy the environment, while Aman becomes the superhero Flying Jat who aids those in need.

On August 25, 2016, over the Janmashtami weekend, the movie was released globally. Mixed to unfavourable reviews were given to the movie. A Flying Jatt received mixed to poor reviews. The narrative, narration, pace, inconsistent tone, cliches, and directing were criticized, but the cast performances, visual effects, music direction, and action sequences were praised. Thought Bubbles Studio Planet has created a graphic novel based on A Flying Jatt. Where the movie finishes, the tale picks up.

Shashank Khaitan wrote and directed the 2017 romantic comedy Badrinath Ki Dulhania, which was made by Dharma Productions. The movie, which stars Varun Dhawan and Alia Bhatt, is considered a spiritual successor to Humpty Sharma Ki Dulhania (2014). It tells the tale of an aspiring independent air hostess from a small town who defies her chauvinistic fiancé's demands that she lives up to patriarchal ideals.

The story revolves around a lad named Badrinath Bansal, also known as Badri, who is a Jhansi who follows his father's rules and is a slacker looking for a bride. When he meets Vaidehi during a Rajasthani-style wedding, his life is turned around. Vaidehi, an air hostess, is a career-driven woman. Vaidehi is irritated by Badri's lack of education and flirting, but eventually, they start to feel attracted to one another.

The second entry in the Dulhania series is titled Badrinath Ki Dulhania. During the Holi weekend on March 10, 2017, the movie received a theatrical release in India. It was a commercial success, grossing more than 200.45 crores globally. 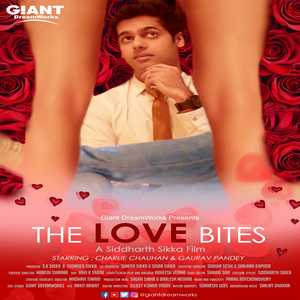 The Love Bites is a Hindi Short starring Charlie Chauhan, Gaurav Pandey and more. The movie is directed by Adheesh Verma.

In this tale, two strangers come together. Through a matchmaking service, two very different people meet. The outcome would have been quite obvious, but these two are not who we may expect them to be. Zara, is a refined, classy lass and Pat, is a stylish young man with an old-world charm. The scenario is ideal, and their first encounter begins on a thrilling note, but as things heat up, something strange and unsettling happens. A succession of dramatic events with lots of fireworks follow.

Saroj is obese, yet she loves her physique. She is employed by a marriage agency. When they were little, Vikram used to be Saroj's favourite. However, they were separated since Vikram had left for Canada as a child. Vikram's biodata is one day obtained by Saroj's office for matchmaking. Because Vikram is eager to marry a slender girl, Saroj's coworker uses photoshop to make Saroj appear skinny and gives Vikram the image as a potential bride. In order to lose weight for Vikram, Saroj enters Shantanu's gym in this instance. By the way, Saroj only saw Shantanu as a friend despite the fact that he had fallen in love with him at first sight. When Vikram visits India, he meets Saroj. Shantanu, meanwhile, is now persuaded that Saroj genuinely loves Vikram. Shantanu decides to wed a different girl as a result. 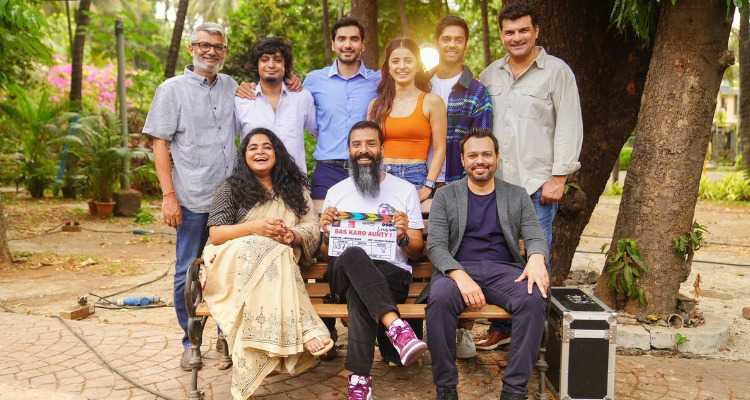 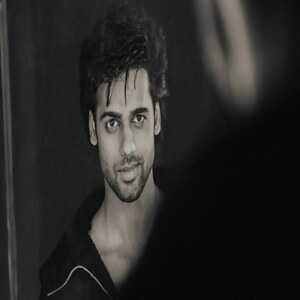 Gaurav Pandey’s net worth in 2022 is $3 million US or 20 Crore Indian Rupees. His main sources of income are films, web shows, and advertisements. Gaurav Pandey got his major breakthrough for the Shonty in the movie Humpty Sharma Ki Dulhania. He also earns a large chunk of money from TV ads and brand endorsements. Gaurav Pandey endorses brands like Colgate Plax, KFC, OLX and Volkswagen. He earns a good sum of money by endorsing such famous brands. 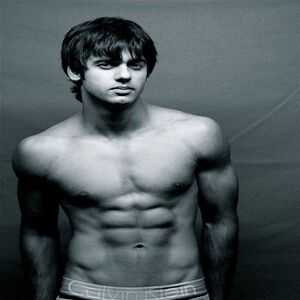 Who is Gaurav Pandey?

Gaurav Pandey is an Indian Actor.

What is Gaurav Pandey's age?

What is Gaurav Pandey’s birthplace?

What is Gaurav Pandey’s mother’s name?

What is Gaurav Pandey’s sister’s name?

What is Gaurav Pandey’s educational qualification?

Gaurav Pandey is a graduate.

What is Gaurav Pandey’s girlfriend’s name?

How many movies has Gaurav Pandey starred in?

Gaurav Pandey has starred in more than 5 films.

What are Gaurav Pandey’s upcoming projects?

Does Gaurav Pandey have kids?

No, Gaurav Pandey does not have kids.

No, Gaurav Pandey is not a vegetarian.

When is Gaurav Pandey's birthday?

What is Gaurav Pandey’s father’s name?

Does Gaurav Pandey have any siblings?

Yes, Gaurav Pandey has a brother and a sister.

What is Gaurav Pandey’s brother’s name?

No, Gaurav Pandey is not married.

Which year did Gaurav Pandey debut?

Gaurav Pandey debuted in 2014 with the movie Badrinath Ki Dulhania.

What is Gaurav Pandey’s height?

What is Gaurav Pandey’s religion?