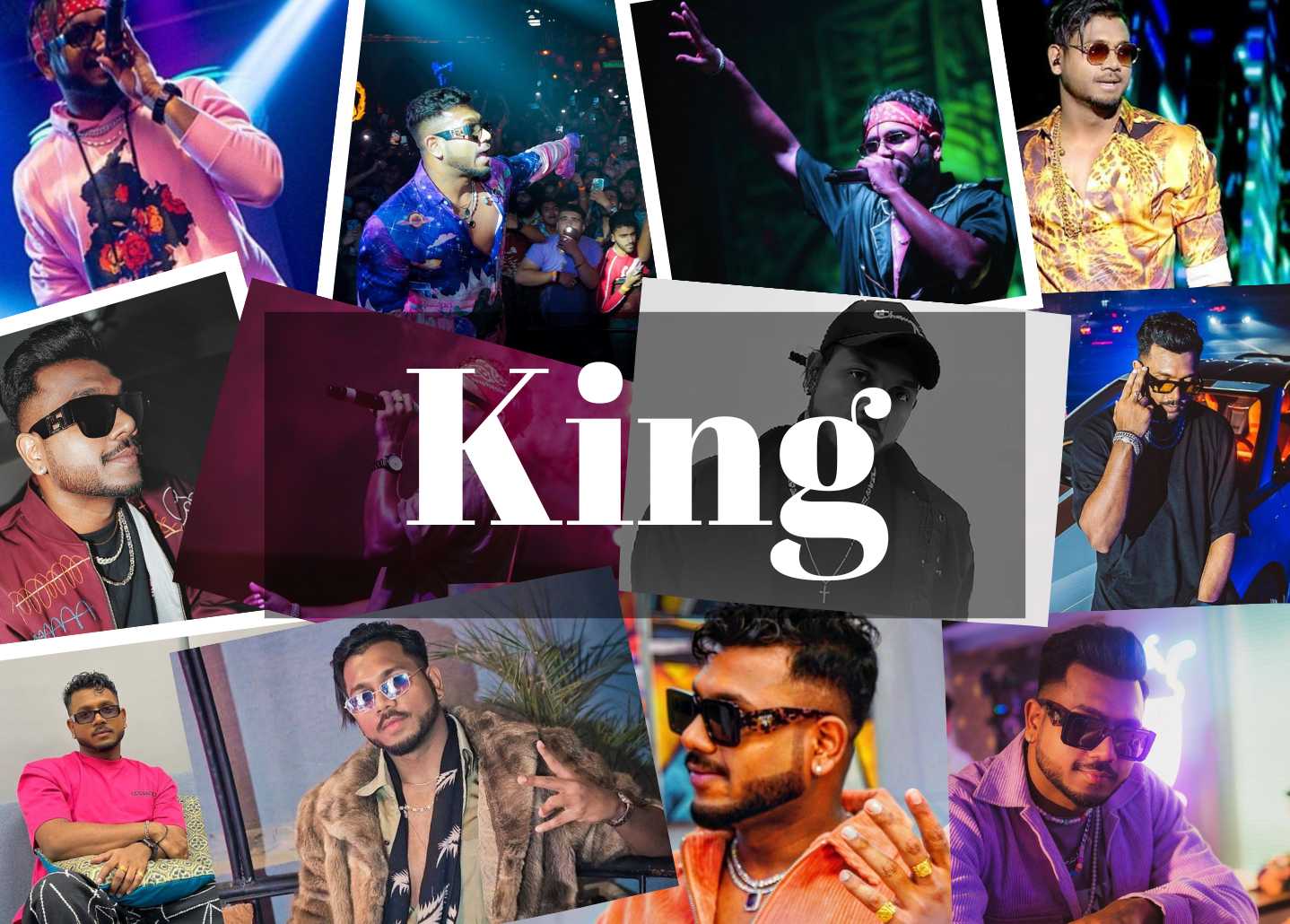 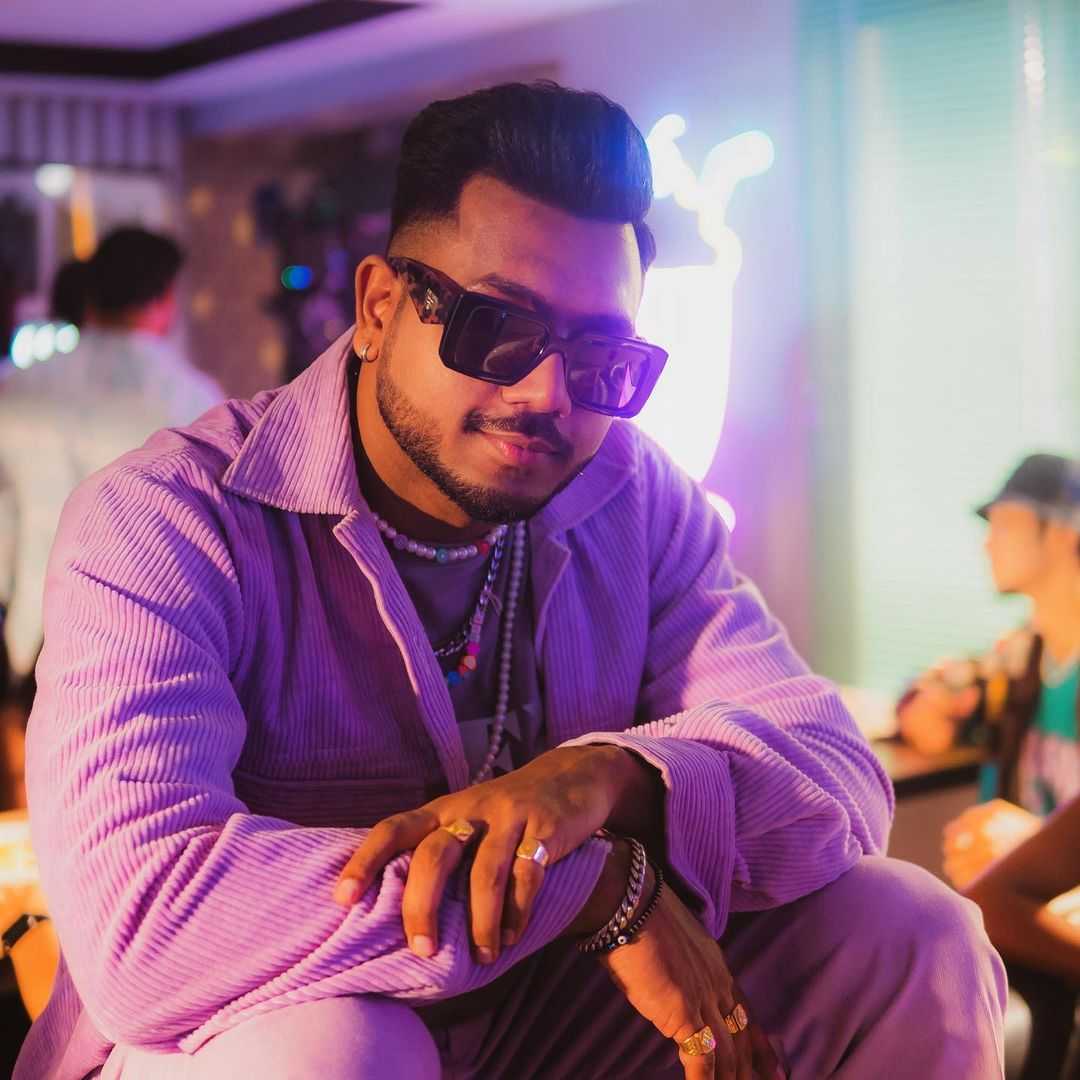 Singer, the rapper, and songwriter King, also known as King Rocco, is from India. In 2019, he was one of five finalists on the MTV reality show 'MTV Hustle.' King is a well-known, highly regarded, and adored Indian rapper and singer. King rapper's age is 24 years as of 2022.

King's professional life began in 2019 with the premiere of the television program MTV Hustle. King performed for Raftaar, Raja Kumari, and Nucleya on this television program. King is from New Delhi originally.

The 2019 MTV Hustle fame Rapper and singer King, also known as King Rocco, and aka Badnaam Raja, is well-known in India. King's real name is Arpan Kumar Chandel. The musician got his musical career off to a very early start. King Hustle was a contestant in MTV Hustle 2.0.

Arpan, also known as King Rocco, was born in New Delhi, the nation's capital. He had dreams of becoming a successful rapper since he was 8 years old. He eventually achieved his dream and had great success with his YouTube channel. 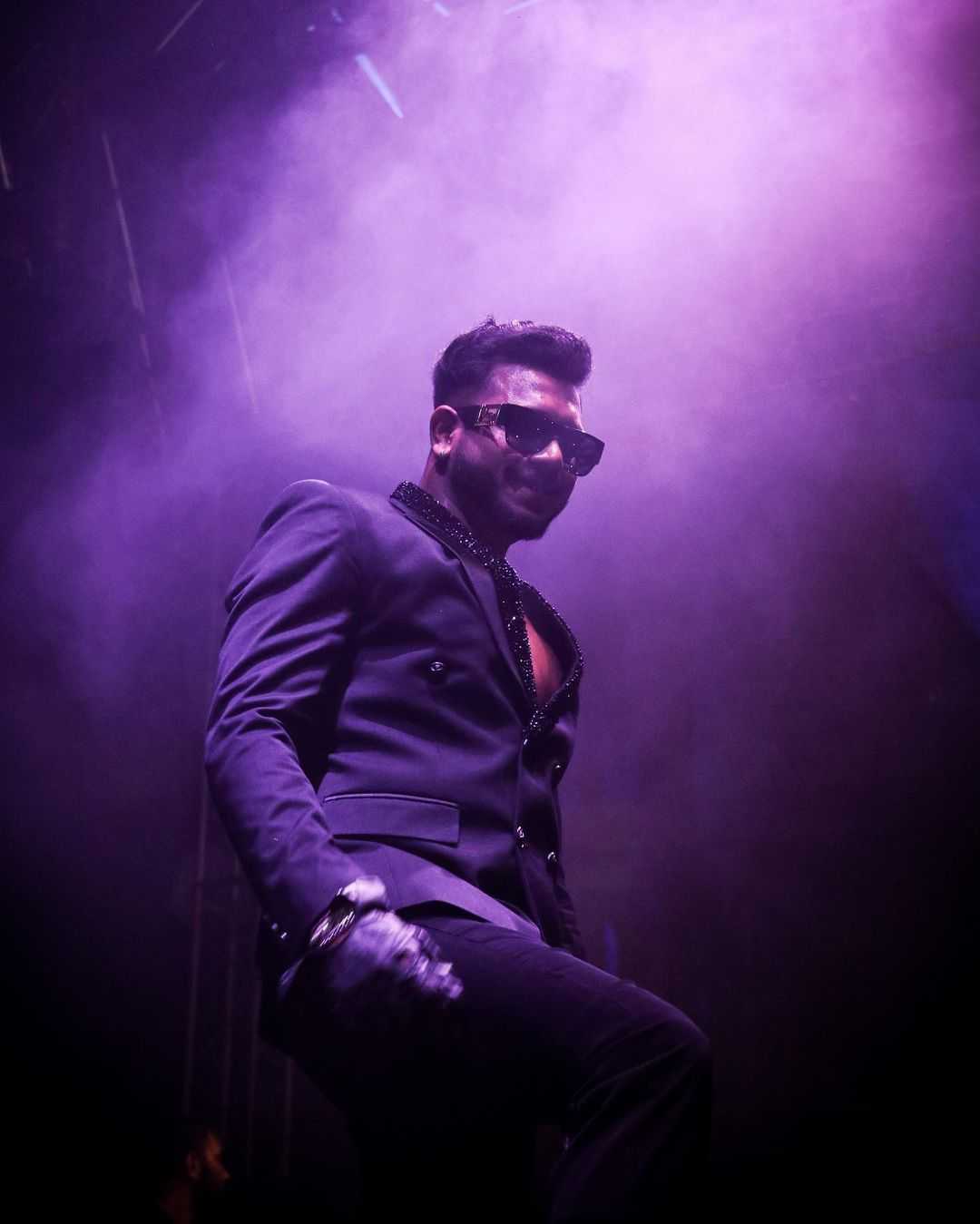 King was born in the year 1998. King's age as of 2022 is 24 years. King's zodiac sign is Aries. King is from Uttar Pradesh, India. King’s father's name is Ashok Chandel and his mother is Rani Chandel. King Rocco was born and raised in Uttar Pradesh.

He used YouTube to showcase his talent, and he was later successful.  The 2019 MTV Hustle fame Arpan Kumar Chandel, also known as King Rocco, is a well-known Indian rapper and singer. The artist began his musical journey at a young age. Arpan Kumar Chandel is the real name of King.

As an ambitious young man, King dreamed of pursuing a career in rapping since his elementary school days, specifically his eighth grade.

Chandel attended New Delhi's Vinay Marg Navyug Secondary School. King attended Dyal Singh College, New Delhi. He dropped out of college while pursuing a degree in Bachelor of Arts in order to pursue a career in rapping. King did his schooling at a government school.

Although the singer has not confirmed it, it is assumed that he is single. If King Rocco is in a relationship, he hasn't yet made it official as he is trying to concentrate more on his career. King Rocco, also known as Arpan Kumar Chandel, is single and unmarried.

King posted his rap videos on various social media profiles while he was still in school. He started his YouTube channel 'King Rocco' in 2012 and uploaded his first 'Boombass' video in 2015. King released his debut music album, 'Circumstances,' on October 5. 'She Know,' 'Purple Grime State,' 'The Division,' and 'Clearly now' are a few of the songs that were released under the album. In 2019, he tried out for the reality show 'MTV Hustle.' King auditioned digitally and sent his rap videos to the MTV Hustle creators.

King was then chosen for the final audition, which was judged by Raftaar, Raja Kumari, Nucleya, and Naezy, four well-known Indian rappers. At the audition round, King sang the song 'Mai Khoya Rahu,' and with his performance, he became the primary candidate chosen from the top 15 contestants. He was one of the show's top five contestants. In 2020, he released the music album 'The Carnival,' which included songs like 'Dracula,' '90s,' 'Mafiia,' 'Let The Eyes Speak,' 'IICONIC,' and 'Tu Aake Dekhlé.' During the same year, he released another album titled 'Heartbreak, Made Me Do It.

MTV Hustle is the country's first rap/hip-hop reality show.  Aspiring rappers compete for the title of India's biggest hip-hop star. Season 1 debuted on August 10, 2019. Raftaar, Nucleya, and Raja Kumari were the judges. Gaelyn Mendonca hosted the show, which aired on MTV India and is now available on Voot. In Season 1, 40 auditionees were chosen from online registrations for studio auditions, of which only 15 rappers were chosen to compete against each other. Rappers were evaluated based on their writing, rapping style, and overall performance. M-ZEE-BELLA was declared the winner on October 13, 2019, and EPR was named the runner-up of MTV Hustle Season 1

MTV Hustle Season 2 premiered on September 3, 2022, with Baadshah serving as Judge and Dino James, Dee MC, King, and EPR serving as Squad Boss. Krissann Barretto hosted the show, which aired on MTV India and is now available on Voot. In MTV Hustle Season 2 through Voot Online Auditions, 14 contestants were selected. The four Squad Bosses will train the contestants and judge them based on their talent, performance, metre, technique, musicality, and storytelling after Badshah chooses which squad contestants to place in each squad. Through open voting on the Voot, viewers will also have the chance to participate in the quest to support their favourite performer. 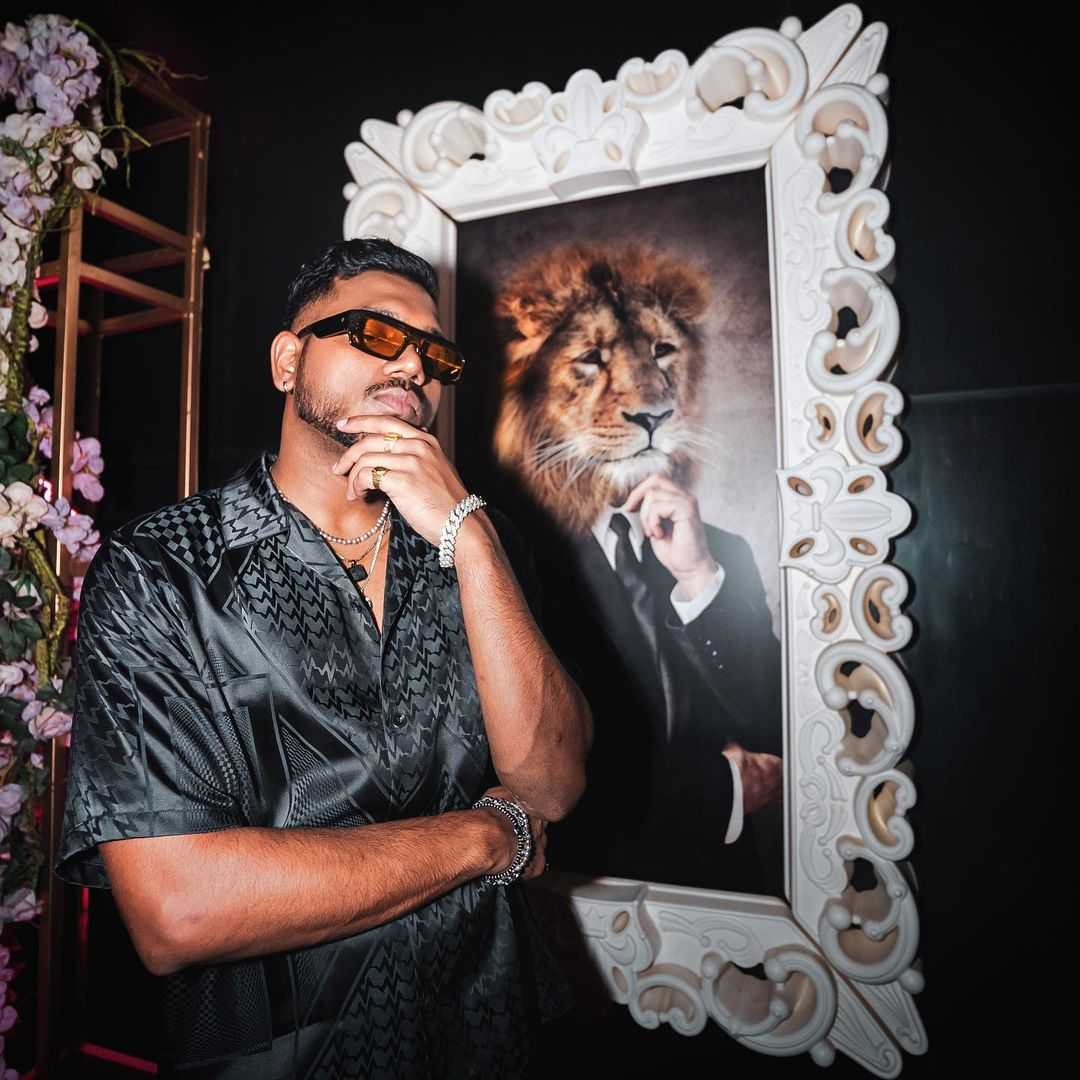 King Rocco also known as Badnaam Raja is a Singer, Rapper, Pop Artist, and popularly known for his singing skills and mesmerising performance. While in class and at school, King posted rap videos on various social media profiles. In 2015, he uploaded his first 'Boombass' video to his YouTube channel, 'King Rocco.' King does not come from a musical or Hip-hop background. King is an Indian singer and rapper who made his TV debut on the MTV Hustle reality show in 2019. MTV Hustle allowed him to perform in front of Raftaar, Raja Kumari, and Nucleya. King currently is originally from New Delhi, India. King is a well-known and much-admired and adored Indian singer and rapper. King rose to prominence as a result of the reality show MTV Hustle.

For the hip-hop artist King, life has come full circle. He began his career in 2019 by competing on the rap reality series 'MTV Hustle,' where he placed among the top five. The performer has now attained the position of squad boss in a series. King described his experience by saying, 'With MTV Hustle, it's been an emotional journey for me. The lessons I took away from this show helped to mould me into the confident, successful artist I am today.''I am really looking forward to it,' King continued, 'and it is a great pleasure for me to return to the show this time to mentor a group of incredibly talented contestants.' 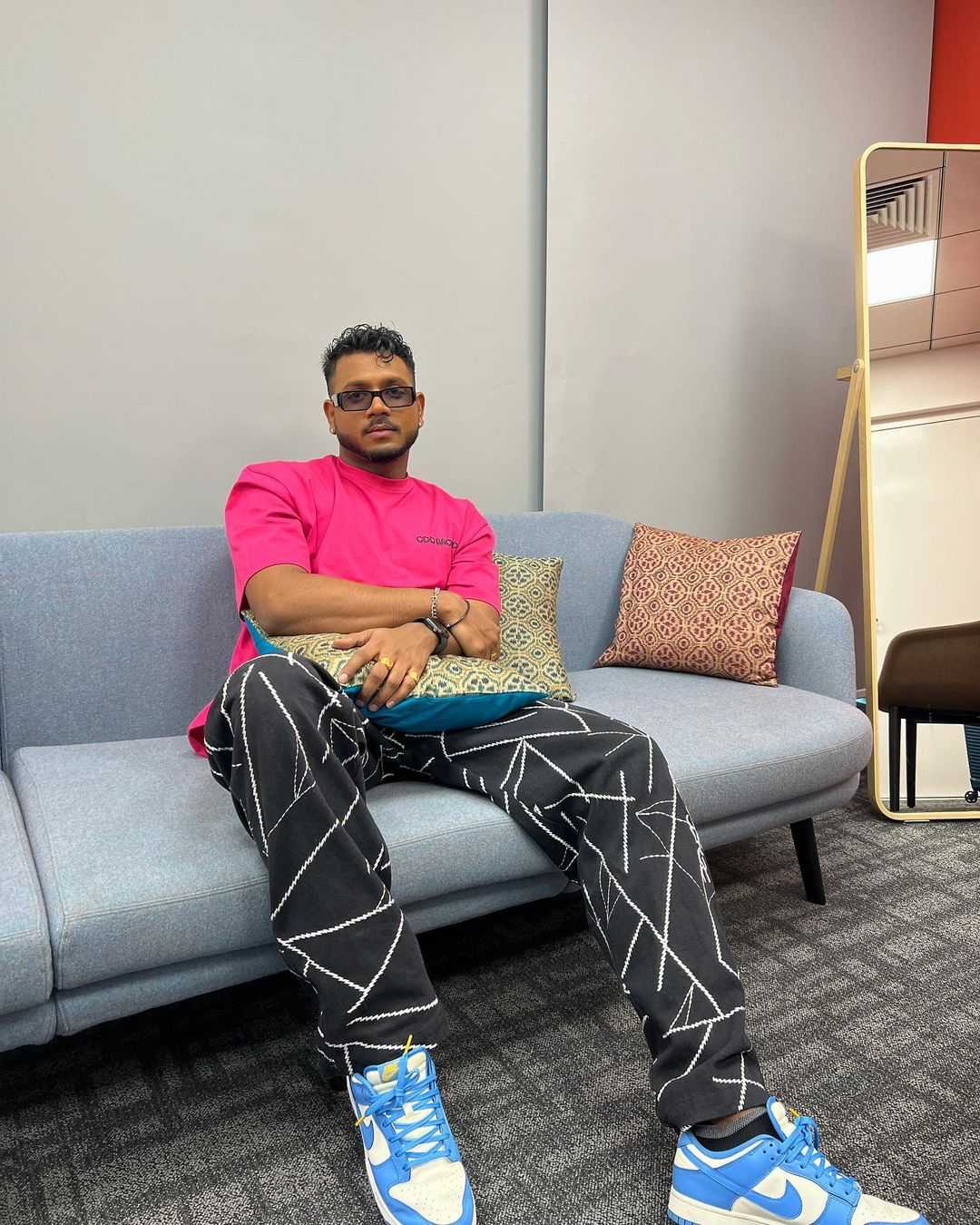 The amount of assets that surpass liabilities is referred to as net worth. Cash, real estate, and anything else of value are examples of assets. It is the value of everything you own. Net worth is not calculated on a yearly basis.

King approximately earns more than 5 lakhs a month. King has more than 3.20 million subscribers on Youtube. The aforementioned details about King’s net worth were taken from a number of websites and news articles. The figures on the website are not guaranteed to be entirely accurate.

King is an Indian Rapper, Singer, Songwriter, and Hip-Hop artist.

What is the King's Real Name?

Where is King from?

King is from Pune, Maharashtra, India.

Does King have a child?

No, King doesn’t have a child.

What was King’s debut album?

What is King’s Father’s name?

Which college did King go to?

What is King's Height?

King’s height is around 5 Feet 6 Inches.

What is King famous for?

King is best known as a rapper and singer.

When is King's birthday?

No, King is not married.

Does King have a sibling?

What is King's age?

What is King’s Mother’s name?

Which school did King go to?

What is the Networth of King?

King's net worth is estimated to be around 1-1.5 million USD.

What is King's Weight?

King’s weight is around 64kgs.