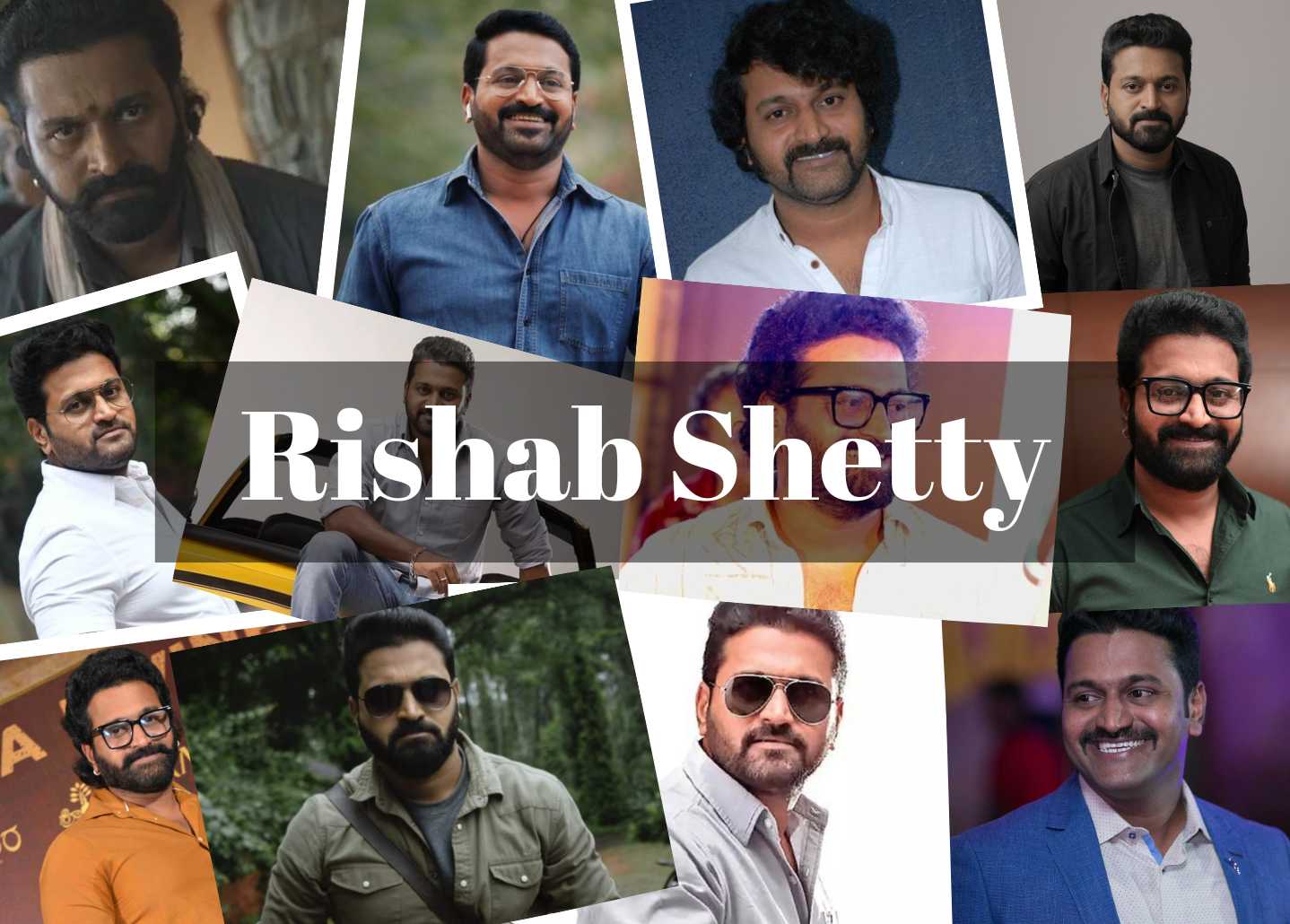 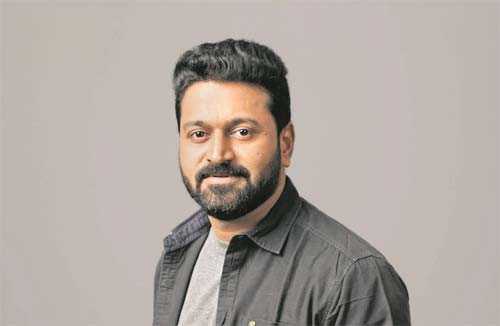 Rishab Shetty is a well-known Indian actor and director who prominently works in Kannada movies. He has a diploma in film directing from Bangalore's Government Film and TV Institute. He debuted in Kannada cinema by working as A. M. R. Ramesh's assistant in the movie Cyanide.

In the film Ulidavaru Kandante, directed by his friend Rakshit Shetty, Rishab had a significant part. He has a solid theatre background and has participated in Yakshagana. His directed film Rickky received favorable reviews from both reviewers and viewers. His most recent film, Kirik Party, was released in 2016 and quickly became popular after its successful theatrical run. Rishab Shetty’s Zodiac Sign is Cancer. To Know more about Rishab Shetty, read this interesting blog and unfold some amazing Facts about your favorite star Rishab Shetty.

Get Personalized Video messages from your favorite Celeb from Movies and TV Shows. To Know more Visit Tring’s Official Website.

Rishab Shetty was born on 7 July 1983. Rishab Shetty’s Birthplace is Keradi Village, Kundapura, Karnataka. Rishab Shetty’s Father’s name is Y Bhaskar Shetty. Rishabh Shetty's father is an astrologer by Profession and Rishab Shetty’s Mother is a Homemaker whose name is  Lakshmi Shetty.  Rishab has one sister named Pratibha Hegde who works in Wipro.  Rishab Shetty did his schooling at Board High School, Kundapur, Karnataka and for higher studies, he went to colleges like Vijaya College, Bengaluru, Bhandarkar Arts and Science College, Shetty, who holds a diploma in film directing from the Government Film and TV Institute in Bangalore, collaborated on the movie Cyanide with A. M. R. Ramesh. 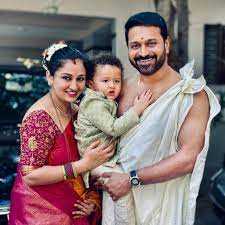 Listening to love stories is always a pleasure. For the viewer, to be able to experience and immerse in the realms of love sounds nothing short of appealing. The Indian actor and director Rishab Shetty and his wife Pragati Shetty's love story is pretty unique in its own way.

A major twist in the marriage of Rishab and Pragathi is that he claims it was organized but it was actually with his best friend. Being a fan of Rakshit Shetty, Pragati Shetty went to see the brand-new Rickydirected by Rishab. In addition to Pragati, the movie's cast was in attendance in the same theatre. The actors of Ricky then interacted with Pragati Shetty, but something about this interaction confused Rishab because Pragati reminded him of someone he knew.

After a year, talk of getting married begins. Due to Rishab's film history and Pragati's family's initial resistance, they eventually gave in to their mutual love, which led to the couple's 2020 nuptials. One daughter and one son named Ranvir Shetty and Raadya Shetty were born to Rohit Shetty and Pragathi Shetty. Rishab Shetty's age is 39 years as of 2022. Pragathi Rishab Shetty's age is not made public yet.

Shetty worked with Arvind Kaushik on a TV show before making his acting debut in Thuglak. He had a little cameo as a police officer in Pawan Kumar's Lucia before having a major role in Rakshit Shetty's Ulidavaru Kandante. Then, in 2016, his first film as a filmmaker, Ricky, with Rakshit Shetty, was released, and the box office reaction was average. Then, in the same year, Kirik Party was developed and became a smash hit in the business. At the 66th National Film Awards, Shetty's third directorial effort Sarkari Hiriya Praathamika Shaale Kaasaragodu took home the National Award for Best Children's Film. 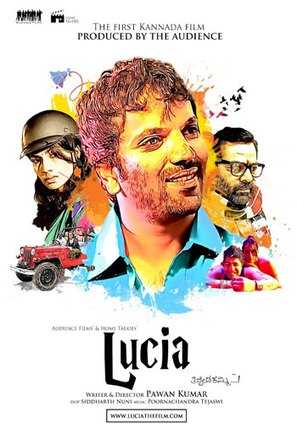 The story of the movie centers on Nikki, a theatre usher with insomnia. He enters a strange type of dream after taking a particular drug. Adi Rishab Shetty started a trend when he crowdfunded the first Kannada movie, Lucia, through the efforts of the general public. Poornachandra Tejaswi composed the soundtrack for the movie, and Siddhartha Nuni was in charge of the photography. On July 20, 2013, Lucia had its world premiere at the London Indian Film Festival. At the festival, it was named Best Film by the Audience.

A 2019 Indian criminal comedy titled Bell Bottom was written by Dayanand T. K. and directed by Jayatheertha. Produced by Santhosh Kumar K. C. under the Golden Horse Cinema label, the movie takes place in the 1980s. The lead actors in the movie are Rishab Shetty and Hariprriya. Pramod Shetty, Yogaraj Bhat, and Achyuth Kumar make up the supporting cast. B. Ajaneesh Loknath is the film's composer of music, Aravind Kashyap is the director of photography, K. M. Prakash is the editor, and Raghu Niduvalli is the dialogue writer.

The movie was filmed in Shivamogga's Sagara taluk. The police station scenes were filmed at Udupi in part. One of the biggest earners of 2019 was the film. the 100 days in over 25 centers hosting Housefull shows were concluded. The film had its Japanese debut at Indian Film Week.

Kantara is a 2022 Indian action thriller movie in the Kannada language that was written and directed by Rishab Shetty and produced by Vijay Kiragandur under the banner of Hombale Films. Shetty plays a Kambala champion in the movie who clashes with Murali, an honorable DRFO officer (Kishore).

On September 30, 2022, Kantara was released. Both critics commended the cast performances (especially those of Shetty and Kishore), the narrative, director, production design, cinematography, proper display of the Bhoota Kola, action sequences, editing, soundtrack, and musical score. It became the second-highest-grossing Kannada movie of 2022 and the third-highest-earning Kannada movie of all time thanks to the movie's tremendous commercial success.

Rishab Shetty’s Career as a Director

The joyful and naughty lives of the students at a Kannada-medium school in Kerala come to an abrupt end when the government decides to close the school, according to the movie's narrative.

Hero is a 2021 Indian Kannada action comedy film that M. Bharath Raj, a debutante, wrote and directed. Under the name Rishab Shetty Films, Rishab Shetty produces the movie. The key actors are debutantes Ganavi Laxman and Rishab Shetty. Ugram Manju and Pramod Shetty make up the supporting cast. The soundtrack was composed by B. Ajaneesh Loknath, while Arvind S. Kashyap handled the filming. The movie was hailed as a success after receiving favorable reviews from reviewers and viewers. 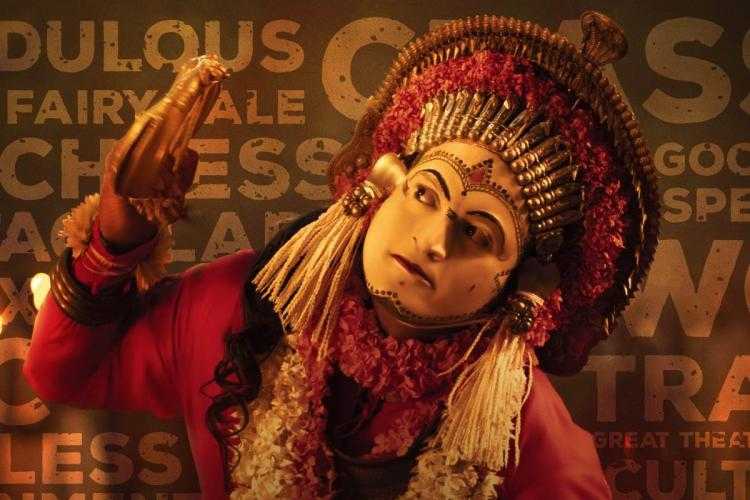 Actor Rishab Shetty, who wrote, starred in, and directed the movie, discovered that Kantara was embroiled in scandal. His statement split the online community in two, and that was the beginning of everything. The Bhoota Kola ritual is a part of Hindu culture, featuring the lead actor and director. The Kantara actor responded to a question regarding Panjurli by saying, Those gods, they are all part of our tradition, to Tamil channel Cinema Vikatan. Without a doubt, it is a component of Hindu ceremonies and traditions. I have faith in and respect for my religion since I am Hindu. But I won't claim that others are mistaken. What we have mentioned has been done so using a component of Hindu dharma.

Things went tough when Rishab Shetty's allegation was refuted by internet users, and his supporters criticized him for it. Glad our Kannada film Kantara is making national ripples, actor and activist Chetan Kumar Ahimsa stated. Bhootha Kola, according to director Rishabh Shetty, is Hindu culture. False Vedic-Brahminical Hinduism predates the Bahujan traditions of our Pambada/Nalike/Parawa. We demand accurate depictions of Moolnivasi cultures both on and off the screen. The moment his Tweet went public, internet users immediately disagreed with him.

Rishab is a well-known director in the Kannada cinema industry. As a result of Kantara's international success, he is now much sought after. He will be sought after by every production company to finance his upcoming project, and directors are interested in casting him in their own works. He is the owner of an Audi Q7 valued at Rs. 85 lakh. Films are made under his own label, Rishab Shetty Films. 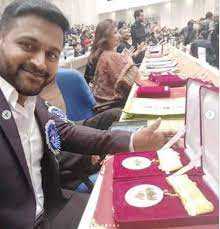 Who is Rishab Shetty?

Rishab Shetty is an Indian Actor and Director who prominently works in Kannada Movies.

When is Rishab Shetty’s Birthday?

Where is Rishab Shetty’s Birth Place?

The Birthplace of Rishab Shetty is Kundapura, Karnataka.

What is Rishab Shetty’s First Movie as a lead?

Rishab Shetty's First Movie as a lead was Bell Bottom (2019).

In which year did Rishab Shetty get Married?

What is Rishab Shetty’s Father’s name?

What is Rishab Shetty’s Brother’s Name?

Rishab Shetty doesn’t have any brothers.

What is Rishab Shetty’s Daughter’s Name?

What is the height of Rishab Shetty?

From Where did Rishab Shetty Complete her graduation?

What is the Rishab Shetty’s Real Name?

The Real Name of Rishab Shetty is Prashant Shetty.

What is Rishab Shetty’s age?

What is Rishab Shetty Famous for?

Rishab Shetty is famous for attributing the popularity of Kantara to its story, which is deeply ingrained in regional customs.

What is Rishab Shetty’s Wife's name?

What is Rishab Shetty’s Mother’s name?

What is Rishab Shetty’s Sister’s Name?

Rishab Shetty has one sister whose name is Pratibha Hegde.

What is Rishab Shetty’s Son’s Name?

Who is Rishab Shetty’s Girlfriend?

Rishab Shetty doesn’t have any girlfriends.

What school did Rishab Shetty attend?

Rishab Shetty did her schooling at Board High School Kundapur, Karnataka.

What is Rishab Shetty’s Qualification?

Rishab Shetty graduated with a diploma in Film Direction.
×