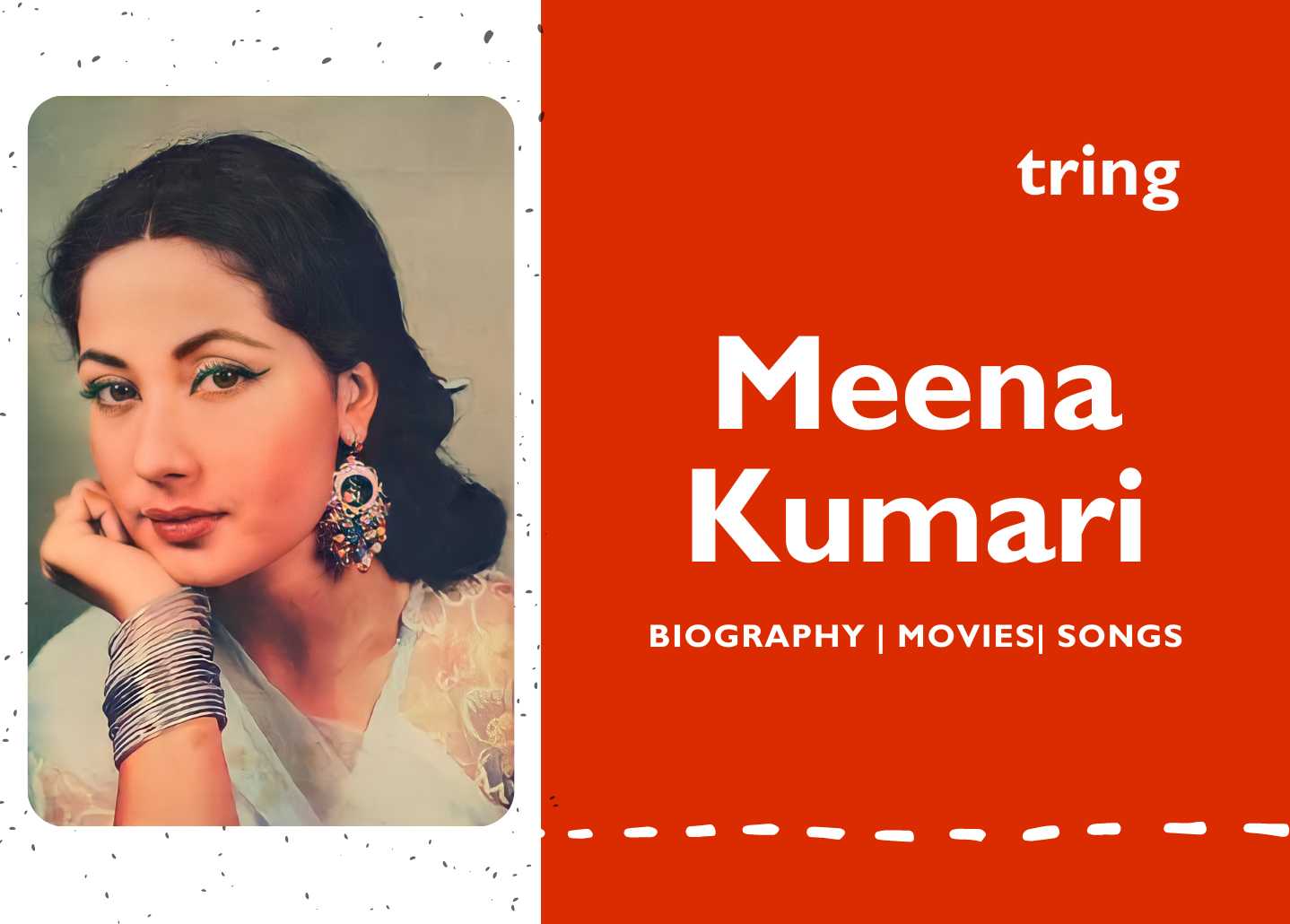 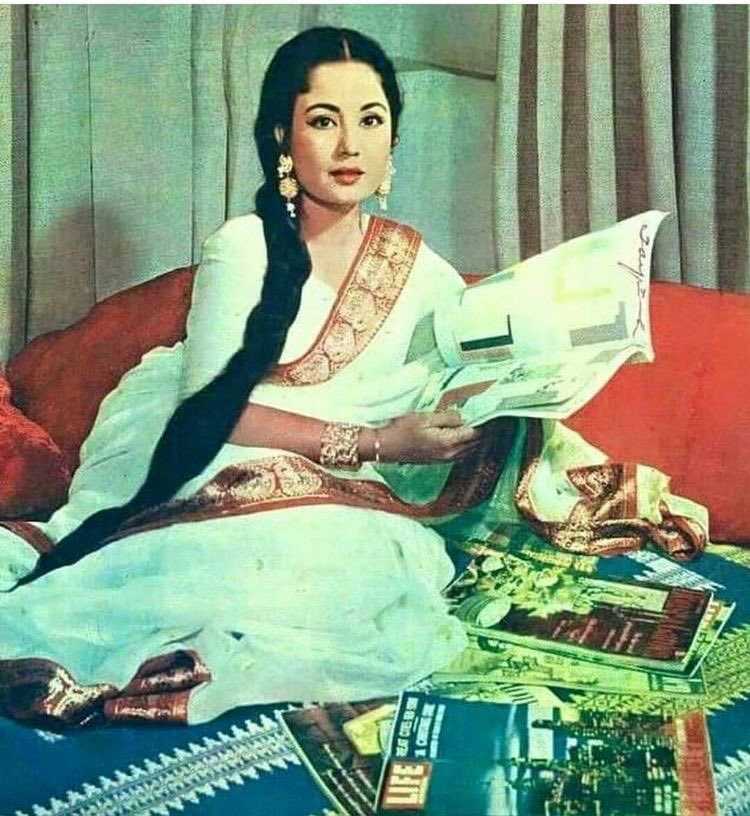 Meena Kumari's real name was Mahjabeen Bano. After her debut performance in 'Leather Face,' Vijay Bhatt suggested three names for her to choose from: Prabha, Kamla, and Meena. Although Manju was her nickname, she eventually adopted the name, Meena Kumari.

Meena Kumari was a legendary actress in the Hindi film industry. She appeared in over 90 films during her 33-year career, which ended in 1972. But the difficulties she faced in her brief life of only 38 years are unparalleled.

Despite having a successful career, her personal life was a disaster that overshadowed her opportunities. In her later years, the talented actress, who had won four Filmfare Awards for Best Actress, suffered from depression and alcoholism.

Meena Kumari's date of death is 31 March 1972. Meena Kumari was 39 years old when she died. The reason for her death was determined to be liver cirrhosis.

Meena Kumari was admitted into St. Elizabeth's Nursing Home on March 28, 1972. Two days later, she fell into a coma, and on March 31, 1972, she passed away suddenly. Meena Kumari was 39 years old at the time. 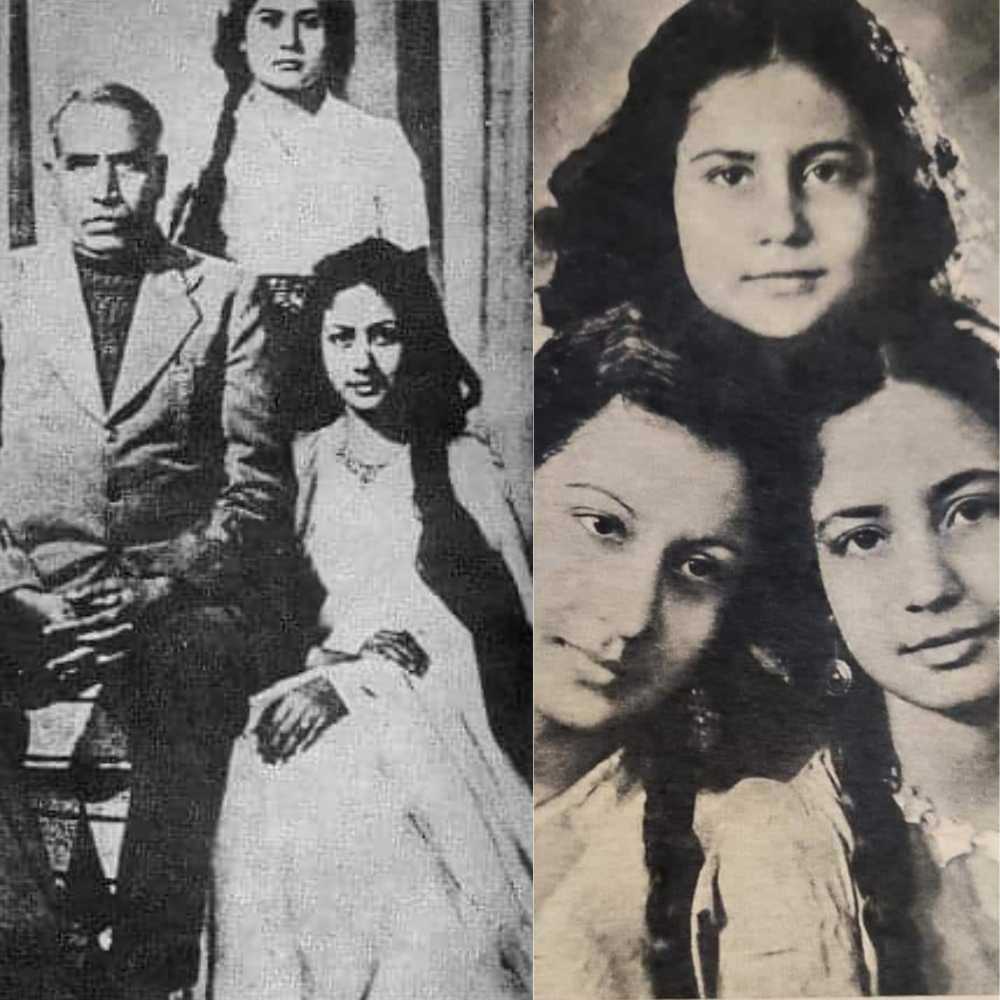 Meena Kumari was born as Mahjabeen to Ali Bux and Iqbal Begum. Ali Bux was devastated because he had hoped for a son. Meena Kumari was the second daughter and had two sisters: Khursheed Jr. (not Khursheed Bano) and Mahliqa (aka Madhu).

Her family was unable to pay the doctor for her delivery, so her father decided to place her in an orphanage. A few hours later, he changed his mind and drove her home. Mahjabeen stated as a child that she would rather attend school than pursue a career in film.

Despite this, her parents began pitching her to film studios for work. Mahjabeen was cast in the film Leatherface by director Vijay Bhatt, and she was paid Rs. 25 on her first day.

Leatherface debuted in 1939. She took on the role of breadwinner in the Bux family at a young age. In a 1962 interview, Meena Kumari stated that the fact that she had been supporting her parents since the age of four gave her immense satisfaction.

Meena Kumari was enrolled in a regular school, but that didn't last long because her studies were frequently disrupted by work obligations. She never attended school in any meaningful sense; instead, she received her education through private tuition and, more importantly, through personal interests. In this sense, she was self-educated. 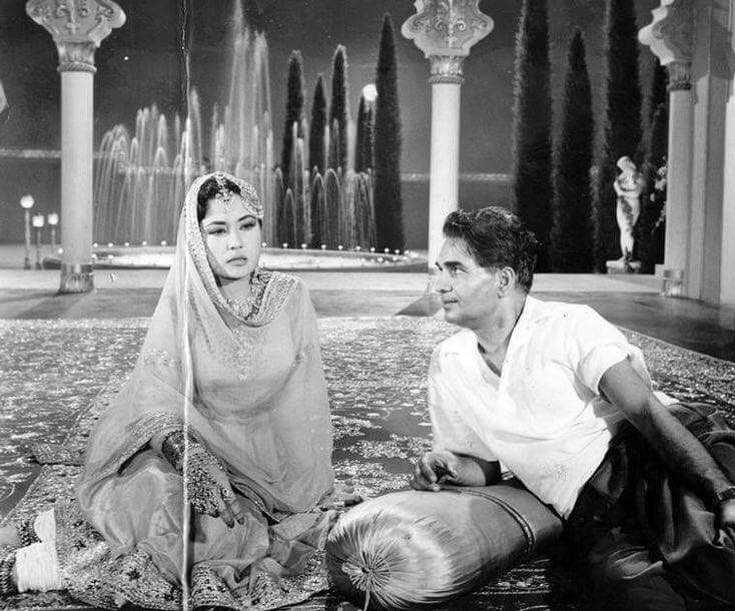 Ashok Kumar, Kishore Kumar's brother, introduced Meena Kumari to filmmaker Kamal Amrohi. Meena was later offered a role in one of Kamal's films. However, Meena Kumari was involved in a horrific car accident on May 21, 1951, and was hospitalised for nearly four months, causing the project to be halted before it could begin construction.

Meena suffered from depression after her tragic accident, and Kamal used to pay her regular hospital visits. According to reports, they even exchanged letters when they weren't supposed to meet. You'll be surprised to learn that Kamal was a married man with three children when he interacted with Meena Kumari.

Meena Kumari's husband Kamal signed Meena for Anarkali, but when production was about to begin, the producer ran into financial difficulties, and the film was cancelled. Despite all of this, Meena Kumari married Kamal Amrohi on February 14, 1952, in a private nikah ceremony attended by Mahliqa, Meena's sister. Meena was only 18 years old at the time, and Kamal was 34. 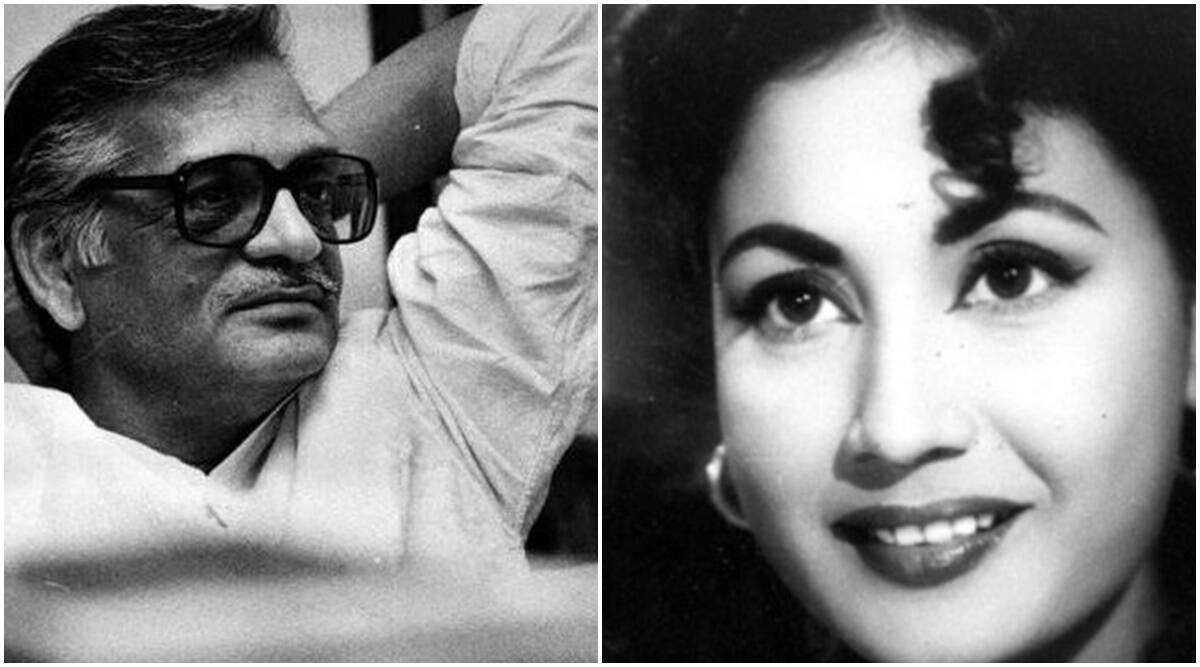 Meena Kumar was married to Kamal Amrohi at the time, but things were not going well between the two. Meena used to express her pain through poetry and poems. When she met Gulzar, they became fast friends. Kamal Amrohi, Meena Kumari's husband, never appreciated her poetry. He assumed Meena didn't understand poetry, but Gulzar became a big fan of her poetry. Meena Kumari became closer to Gulzar as a result of this.

Meena Kumari also appeared in a Gulzar film in her final days. She was suffering from liver psoriasis at the time and was unable to work on the sets. Gulzar persuaded Meena Kumari to appear in 'Mere Apne,' and the film was completed. Gulzar stated that Meena Kumari used to make a lot of jokes with new actors on the set. Even before her death, the tragedy queen gave all of her poetry and poems were written by her to her true friend, Gulzar. Gulzar also had Meena Kumari's poetry published in the form of a book called 'Meena Kumari Ki Shayari'. 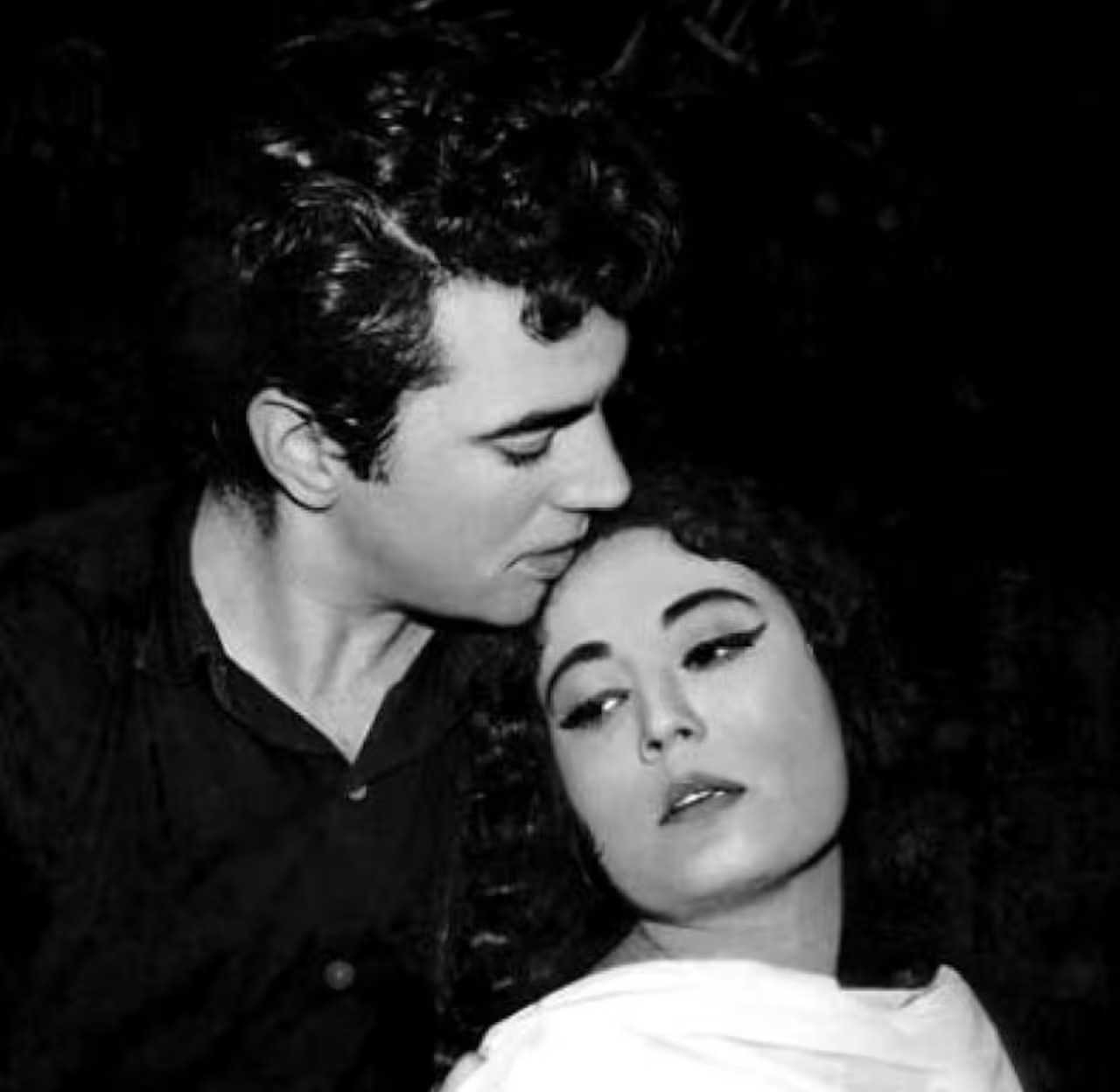 Meena, a popular actress, is said to have had relationships with the leading actors in the Hindi film industry, Dharmendra. There were rumours of Meena and Dharmendra's affair after her divorce from Kamal.

Dharmendra never shied away from admitting that he is who he is today because of Meena Kumari. Meena was an established actress when Dharmendra was a newcomer to the industry. Vinod had written about her alleged relationship with Dharmendra:

'According to popular belief, Meena and Dharam were intimate for three years. According to sources, the intimacy lasted no more than six months.' 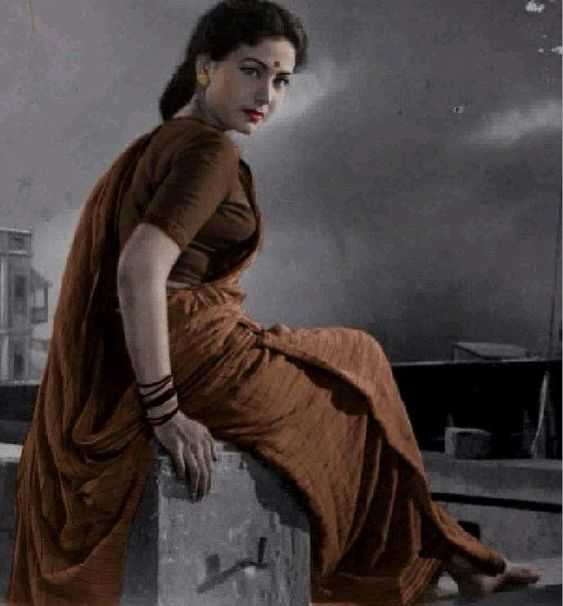 Meena Kumari was six years old when Vijay Bhatt hired her for Leatherface (1939) and named her Baby Meena. Later, she was cast as Meena Kumari in Bhatt's Baiju Bawra (1952).

Meena Kumari went on to appear in 94 films over the course of her career, which lasted from 1939 to 1972. She became a household name after her performances in 'Baiju Bawra,' 'Parineeta,' 'Sahib Biwi Aur Ghulam,' and 'Kaajal,' for which she received 'Best Actress' awards.

She worked on mythological films with Homi Wadia before moving on to comedies like Miss Mary (1957). She became the archetypal good Hindu wife through many roles, long-suffering, and always remaining true to the man. She specialised in tragedy and was frequently portrayed carrying the movie with her moving acting.

Additionally, it was believed that she was the only actress whose name alone could sell a movie. Her notable productions include Daaera (1953), Baiju Bawra (1952), and of course, Pakeezah, her most well-known film (1972). She began creating 'Pakeezah' with her husband, Kamal Amrohi. The couple split up in 1964.

Meena Kumari was a skilled Urdu writer as well, and Gulzar published several of her poems after she passed away. She struggled with alcoholism and loneliness before passing away on her own in 1972.

Young musician Baiju challenges maestro Tansen to a musical duel in Mughal Emperor Akbar's court in an effort to exact revenge for the death of his father, which Tansen is held accountable for.

Sahibjaan (Meena Kumari), a Muslim prostitute, longs to escape the brothel where she was raised, much like her mother Nargis (also Kumari), who also lived the life of a courtesan. Salim Ahmed Khan (Raaj Kumar), a young man from a respectable family, falls in love when he hears her sing and dance. Unfortunately, Salim's wealthy parents are opposed to any relationship between them, so he abandons his family to be with Sahibjaan, even after learning about her past.

The film is set in Agra and tells the story of Ejaz (Sunil Dutt), the editor of Inquilab. After hearing her sing, he falls deeply in love with Naaz Ara Begum (Meena Kumari). However, he quickly loses his job. Ejaz and Naaz meet secretly, thanks to the assistance of Naaz's sister Kausar. Many people are upset about this relationship, starting with her father, Nawab Bakar Ali Khan (Prithviraj Kapoor), who wants Naaz to marry Akhtar Nawab (Rehman), her paternal cousin.

Shekhar, the son of wealthy business magnate Nabin Rai, secretly marries the lovely Lalitha, a poor family's neighbour, in early twentieth-century Calcutta. When Rai demands repayment for a loan he made to Lalitha's uncle, trouble ensues. Her uncle obtains a loan from a man of a lower caste in order to repay the money. He then concludes that Lalitha should be married off.

Ranimaa's Munim lives with his son, Kaushal, and daughter, Madhavi. Ranimaa raises both children as her own after he dies, along with her only son, Rajesh. Rajesh has grown up and reached marriageable age. He meets the lovely Bhanu Saxena and they both fall in love with each other. Soon after, Kaushal is killed in a boating accident, leaving behind a devastated Madhavi.

When King Dhivendra saves Princess Chandramukhi from thugs, she falls in love with him. However, her life becomes complicated when she is kidnapped by an evil general and is forced to marry him in order to save Dhivendra.

Bhootnath (Guru Dutt) travels to Calcutta from the countryside in search of his fortune, where he is hired as a servant in a large family's mansion. The youngest son is a scoundrel who spends all of his time drinking and having affairs with prostitutes, which breaks Chhoti Bahu's heart (Meena Kumari). Bhootnath develops a romantic interest in his lonely mistress and befriends her, but he is saddened by the desperate measures she employs to win back her husband.

A hardworking surgeon, is forced to marry one of a family friend's daughters. His heart, however, belongs to a nurse who works tirelessly by his side on a daily basis.

When his terminally ill patient turns out to be the husband of a long-lost love, Dr. Dharmesh is torn between saving him and letting him die so that Dharmesh can finally marry her.

This frequently overlooked masterpiece was actually India's submission for Best Foreign Language Film at the 41st Academy Awards and was based on a story by renowned author Sarat Chandra. The character of Kumari is an educated city girl who marries a very traditional family and finds herself in the middle of an intrafamily conflict.

As of 1972, Meena Kumari had a net worth of $3 million as a movie actress. One of the most influential Hindi actresses of all time. 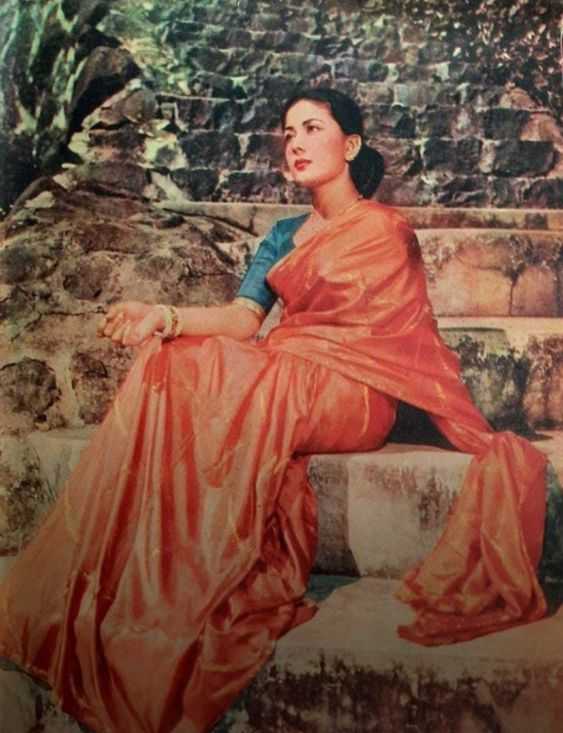 Who is Meena Kumari?

Meena Kumari was an Indian Actress, Poet and Singer who appeared in Hindi films.

When is Meena Kumari's birthday?

Does Meena Kumari have a sibling?

What is Meena Kumari's age?

What is Meena Kumari’s Father’s name?

Which college did Meena Kumari go to?

What is the Networth of Meena Kumari?

Meena Kumari has a net worth of $3 million as a movie actress.

What is Meena Kumari Height in feet?

Meena Kumari's died because she had liver cirrhosis.

What is Meena Kumari famous for?

Meena Kumari is best known as an Actress.

Where is Meena Kumari from?

Does Meena Kumari have a child?

Meena Kumari does not have any children.

What is Meena Kumari’s Mother’s name?

Which school did Meena Kumari go to?

Meena Kumari was enrolled in a regular school, but that didn't last long because her studies were frequently disrupted by work obligations.

What is Meena Kumari’s qualification?

Meena Kumari never attended school in any meaningful sense; instead, she received her education through private tuition and, more importantly, through personal interests. In this sense, she was self-educated.

What is the salary of Meena Kumari?

Meena Kumari's salary is not known.

What is Meena Kumari's Weight in kg?

Why Is Meena Kumari known as Tragedy Queen?

Meena Kumari is frequently referred to as 'The Tragedy Queen' by the media and literary sources due to her regular portrayal of grief-stricken and dramatic roles in her films, as well as her real-life story.
×