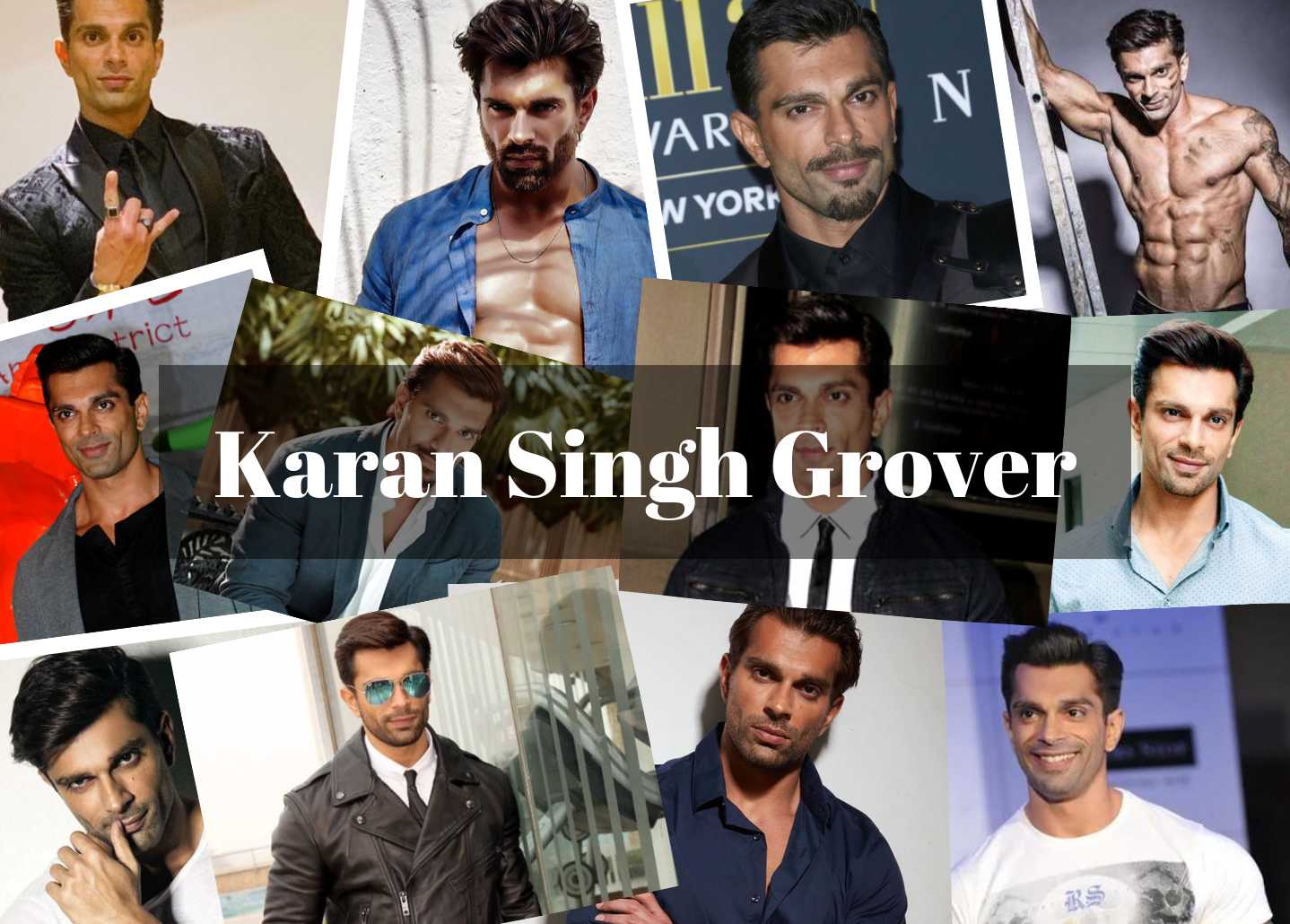 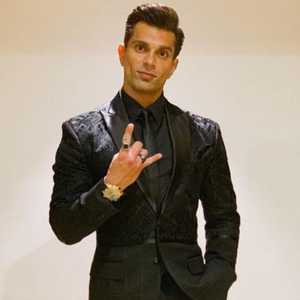 Born on February 23, 1982, Karan Singh Grover is an Indian model and actor best known for his roles in the television programs Dill Mill Gayye and Qubool Hai. In Bollywood movies like Alone and Hate Story 3, he has also played a leading role. With Kasautii Zindagii Kay 2 in 2019, Grover returned to television in the role of Mr. Rishabh Bajaj. A digital debut for Grover was also made in 2019 with BOSS: Baap of Special Services. He made an appearance in the danger online series Dangerous in 2020. He made an appearance in the Qubool Hai 2.0 web series, which is a reboot of the original, in 2021.

Karan Singh Grover competed in the Gladrags Manhunt Contest in 2004 and took home the prize for Most Popular Model. He started his television career in 2004 with the youth program Kitni Mast Hai Zindagi on MTV India, when he was chosen following a nationwide talent search by the production company. 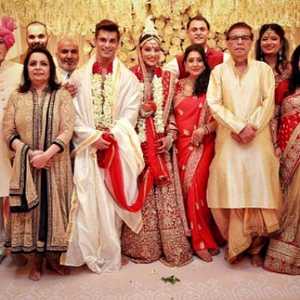 Grover was born to a Punjabi Sikh family on February 23, 1982, in New Delhi, India. He has a younger brother. Grover's family relocated to Al Khobar, Saudi Arabia, while he was a young child. He attended school in Dammam, Saudi Arabia, and later attended IHM Mumbai to earn a degree in hotel management. The Sheraton Hotel in Oman was where he later worked as a marketing executive.

In Goa, Karan Singh Grover married Shraddha Nigam in 2008 in a very private ceremony. But problems arose very quickly, and after only ten months of marriage, actress Shraddha Nigam decided to leave her husband's frolicking husband because she had grown close to a choreographer from the Jhalak Dikhhla Jaa 3 sets.

Surbhi Jyoti, a well-known actress, is next on our list. In addition to being co-stars and having excellent on-screen chemistry, Subhi Jyoti and Karan had a fantastic personal relationship.

Gul Khan, the Qubool hai producer, is listed next. There were rumors that the famous cavalier Karan Singh Grover began dating the producer of his program Qubool Hai, and since they were frequently spotted together, it's possible that the rumors were true.

When Jennifer learned of Karan's involvement with Nicole, she broke up their relationship. Karan had told Jennifer he would divorce his wife and marry her. At the same time, Shraddha also got a divorce from him. Following his divorce from Shraddha and split from Jennifer, Karan started dating Nicole. After being together for one and a half years, Karan and Nicole called it quits in 2011. 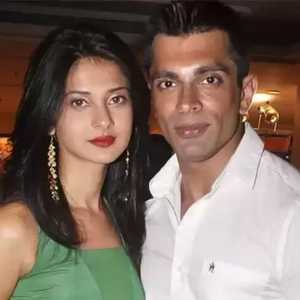 After getting to know each other on the Dill Mill Gayye set, Jennifer Winget and Karan began dating. Jennifer portrayed Dr. Riddhima Gupta in the program, and Karan portrayed Dr. Armaan Malik, who was her love interest. Karan wed Shraddha Nigam before getting hitched to Jennifer.

Before being married in 2012, Jennifer and Karan dated for a few years. They filed for divorce in 2014. Jennifer has said that following their divorce, she had to isolate herself from people because they weren't ready when the choice was made.

In a recent interview with Bollywood Bubble, Jennifer stated, I suppose neither of us was prepared. We both weren't prepared to make that move, so it's not just him (Karan Singh Grover) or just me. We had been close for a very long time. Every time we met, it was like a house on fire. But I suppose the timing was unfortunate.

On April 30, 2016, Bipasha and Karan were married in Mumbai. The couple's storybook wedding setup gave us wedding goals, and their hashtag monkey love has become part of our vocabulary. On January 1, Karan popped the question to Bipasha, and their happiness ever after began. Let's look at their heartwarming love tale.

Karan Singh Grover and Bipasha Basu fell in love while filming their movie, Alone (2015). Bipasha discussed the magnificent proposal that completely floored her in an interview with The Times Of India. When asked how Karan had proposed to her, Bipasha had responded as follows: I did, however, not think I would get married, even though I did believe in marriage.

Therefore, when he said I do, my immediate thought was, What are you telling me? And... Karan cut her off before she had finished: Allow me to wrap up the tale for you. On December 31, the sky over Koh Samui was illuminated by fireworks. Something told me that this is the proper time as I was carrying the ring. I, therefore, used the chance to propose to her while she was filming the fireworks.

Convincing their parents was the next step in their relationship. Bipasha's family was a little hesitant, although Karan's family had enthusiastically agreed. Bipasha admitted to using her previous relationship as an example to persuade her disapproving parents in an interview with Pinkvilla. She stated: A failed marriage is not proof that a person is inherently bad. Therefore, they shouldn't be condemned. For example, when it came to me, I told my parents that our relationship was far deeper and longer than his marriage. Just a piece of paper that I didn't sign, that's all.

How does that differentiate me from him, then? It's bad when relationships don't work out, but in the long run, looking back, you're always happy. The adage everything happens for a purpose in your life is consistently accurate. Bipasha and Karan know how to show each other a lot of love and appreciation. Bipasha had always supported Karan's ability to paint. She had even created a unique rooftop studio just for him. On the other hand, Bipasha, Karan's sweetheart, had discovered a new interest in preparing delicious food for him during the quarantine in the year 2020. Karan never ceases to be impressed by his wife's Chef Bonnie avatar.

On 12 November 2022, Bipasha Basu gave birth to a daughter with Karan Singh Grover. 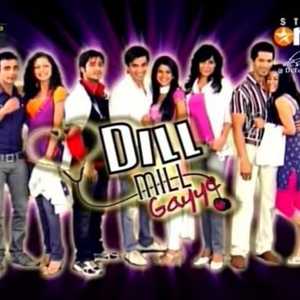 The Sanjeevani hospital's resident doctors and surgical interns are the subjects of the television program. The stresses, drama, romance, interpersonal relationships, and humor in their lives are all covered in this book.


It was a follow-up to Sanjivani - A Medical Boon on Star Plus. [6] Digital copies of the show are accessible on Disney+ Hotstar.


The drama centers on a new generation of medical interns, with Dr. Armaan Malik's and Dr. Riddhima Gupta's love story serving as its central theme. Shilpa Anand originally played Dr. Riddhima Gupta, but she was later replaced by Sukirti Kandpal and then Jennifer Winget. 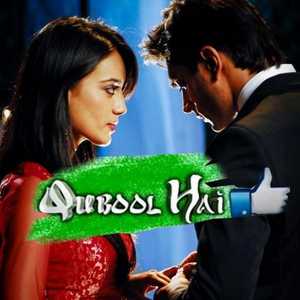 Indian soap opera Qubool Hai, which translates to I accept, was created by 4 Lions Films and aired on Zee TV.

The program, which first attempted to clarify misconceptions about Islam, was centered on the Muslim community and is credited as being the first Muslim-focused program on Indian television. 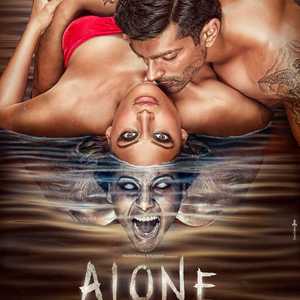 A cold-blooded killer is chasing a kidnapped widow who escapes from his isolated cabin in the Pacific Northwest.

Bipasha Basu and Karan Singh Grover star in Bhushan Patel's 2015 Indian horror movie Alone. The 2007 Thai film of the same name, which was itself based on the Tales From The Crypt episode My Brothers Keeper, served as the inspiration for the remake.

Karan Singh Grover made his acting debut in the movie, and Bipasha Basu made her last appearance in the movie.

Even though Anurag Basu and Prerna Sharma are soulmates meant to be together, they must overcome many obstacles to be together. The plot is set in Kolkata and centers on Anurag and Prerna, who both attend the same university.


The Trials of Life, also known as Kasautii Zindagii Kay, is an Indian drama television series created by Ekta Kapoor and distributed by Balaji Telefilms.


It was a remake of the eponymous Kapoor soap drama from 2001. The actors who starred in it included Parth Samthaan, Erica Fernandes, Hina Khan, Karan Singh Grover, Aamna Sharif, and Karan Patel. It aired on Star Plus from September 25, 2018, to October 3, 2020.

Soni Singh is in charge of the film's cinematography, and Chitan Rana of R2 Phillum Productions is the movie's financier. Sajid-Wajid, a Bollywood musical combo, will write and score the movie's soundtrack. 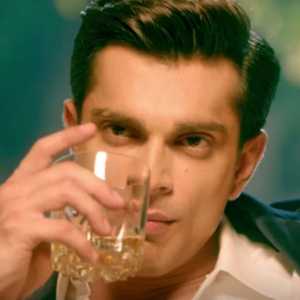 According to a DNA report, the actor who made his Bollywood debut with the Bipasha Basu flick Alone attended the premiere of the movie's trailer while intoxicated.

The actor nearly fell as he stepped on Bipasha's garment, which was the first indication. Throughout the press conference, he also gave off a nervous and reflective vibe, but at the conclusion, his demeanor had shifted and he was telling jokes.

In fact, he was so eager to mingle that when asked if he was single, he replied that he was, but when prompted to clarify, he added, I'm also ready to mix, at which point he invited the person who had posed the question to meet him backstage. 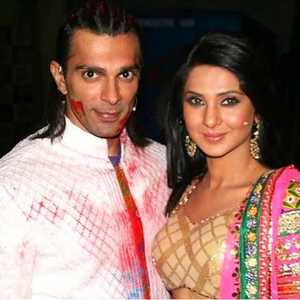 When she discovered Karan was cheating on her, Jennifer allegedly slapped him on the Dill Mill Gayye sets.

It allegedly took place after Jennifer learned that Karan was having extramarital affairs with Nicole and Shraddha.

Additionally, it was said that the couple used to film their sequences separately at two different periods and went months without speaking to one another.

Due to the incompatibility of the show's lead couple, new songs were added.

Unanswered questions surround Karan Singh Grover's abrupt departure from the hit television program Qubool Hai. The actor apparently insisted that he made the decision to leave the show, despite the fact that the show's creators and the channel stated otherwise. Following KSG's departure from Qubool Hai, much was written and spoken about him.

According to reports, Karan was fired from Gul Khan's Qubool Hai because of his wild outbursts and poor conduct. He appeared to have acted in the same way when he was the show's lead, Dill Mill Gayye. The actor apparently arrived on the sets late and left them without telling anyone, per reports. He wasn't there, so the story had to be revised all the time.

Both on and off the screen, Karan Singh Grover and his wife Jennifer Winget had a fantastic rapport. Karan and Jennifer, who have chosen to lead very private lives, shockingly made out at an awards ceremony.

With the youth-focused program Kitni Mast Hai Zindagi from Balaji Telefilms, Karan Singh Grover launched his television career. But Karan became an instant sensation and a young icon with the medical drama Dill Mill Gaye in 2007. He had received a lot of praise for his performances in Kasautii Zindagii Kay and Qubool Hai.


After working in television, Karan appeared in Hate Story 3 and made his Bollywood debut in 2015 with Alone, starring Bipasha Basu. The estimated net worth of Karan Singh Grover as of 2016 was Rs 13.4 crore. However, the most recent figures from IWM Buzz state that Karan's anticipated net worth in 2021 will be 30 million USD or roughly Rs 224 crore.

In an upscale area of Mumbai, Karan Singh Grover lives in a flat. Like his famous wife Bipasha, Karan has a deep passion for automobiles. Talking about his swanky collection, he owns An Audi Q7, which costs around 81 lakhs. We have often spotted Karan in this four-wheeled beauty with his wife, Bipasha. Secondly, he also owns a Toyota Fortuner, costing Rs 28 lakhs. 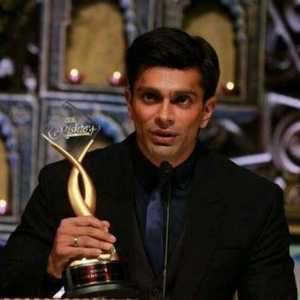 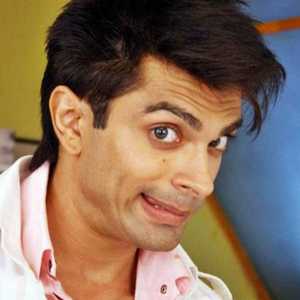 Who is Karan Singh Grover?

Karan Singh Grover is an Indian model and actor.

Who is Karan Singh Grover's wife?

What is Karan Singh Grover's net worth?

Karan Singh Grover's net worth in Indian rupees is 224 Crores in 2022.

What are the best shows of Karan Singh Grover?

Who is Karan Singh Grover's Father?

What is Karan Singh Grover’s birthdate?

Who are Karan Singh Grover’s wife ?

What is Karan Singh Grover's age?

What is the first movie of Karan Singh Grover?

Yes. Karan Singh Grover has a total net worth of 224 crores rupees.

How many wife did Karan Singh Grover had ?