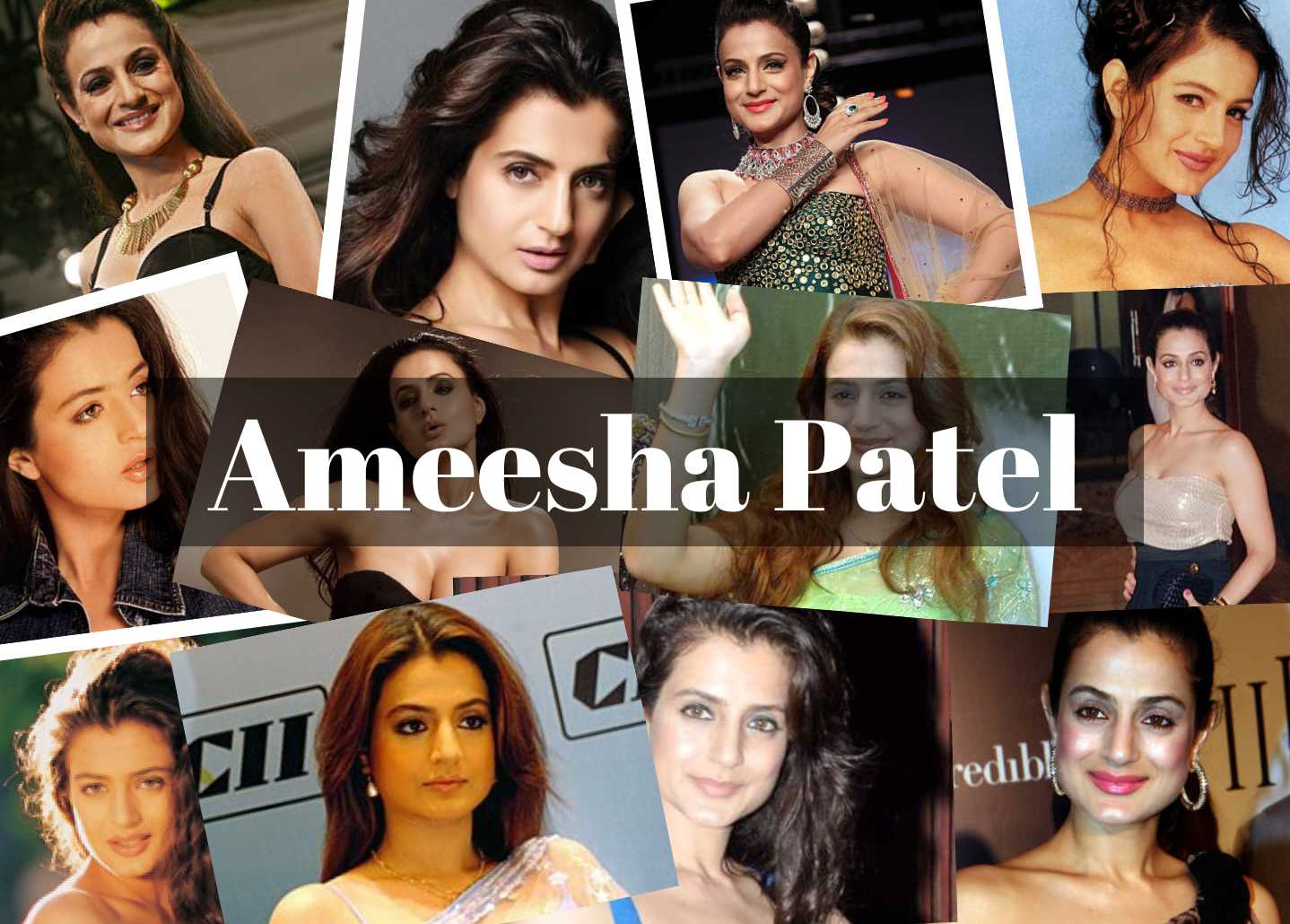 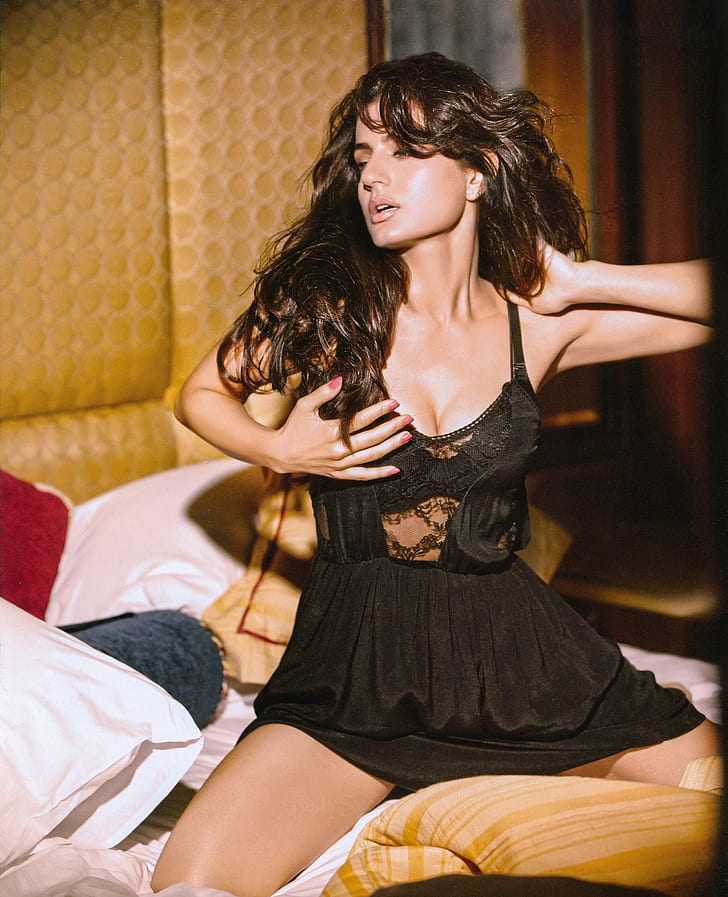 Ameesha Patel is an Indian actress and model who primarily appears in Hindi films with a few Telugu appearances. Ameesha Patel's date of birth is June 9, 1975.

She made her acting debut in the romantic thriller film Kaho Naa... Pyaar Hai in 2000, which was critically and commercially successful and earned her several awards, including the Zee Cine Award for Best Female Debut.

Ameesha Patel rose to prominence with the 2001 film Gadar: Ek Prem Katha, which became one of the biggest hits in Hindi cinema history, earning her a Filmfare Special Performance Award.

Ameesha Patel has also appeared in a number of South Indian films. Amisha has received four awards for her roles in 'Kaho Naa... Pyaar Hai' and 'Gadar: Ek Prem Katha.' 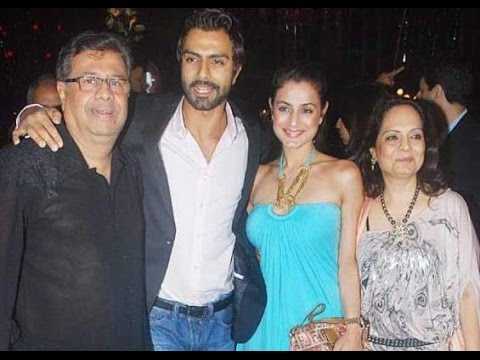 Ameesha Patel attended Cathedral and John Connon Schools in Mumbai and was head girl for the academic year 1992-1993 before going to Tufts University in the United States to study Bio-genetic engineering for two years before switching to Economics. Following graduation, Patel began his career as an economic analyst at Khandwala Securities Limited. She later received an offer from Morgan Stanley but declined it. After returning to India, she joined Satyadev Dubey's theatre group and acted in plays, including an Urdu language play titled Neelam (1999) written by Tanveer Khan, which she was able to do with the permission of her conservative parents. At the same time, she began modelling and appeared in several commercial campaigns. Ameesha Patel has also modelled for a number of well-known Indian brands, including Bajaj, Fair & Lovely, Cadburys, Fem, Lux, and many more. 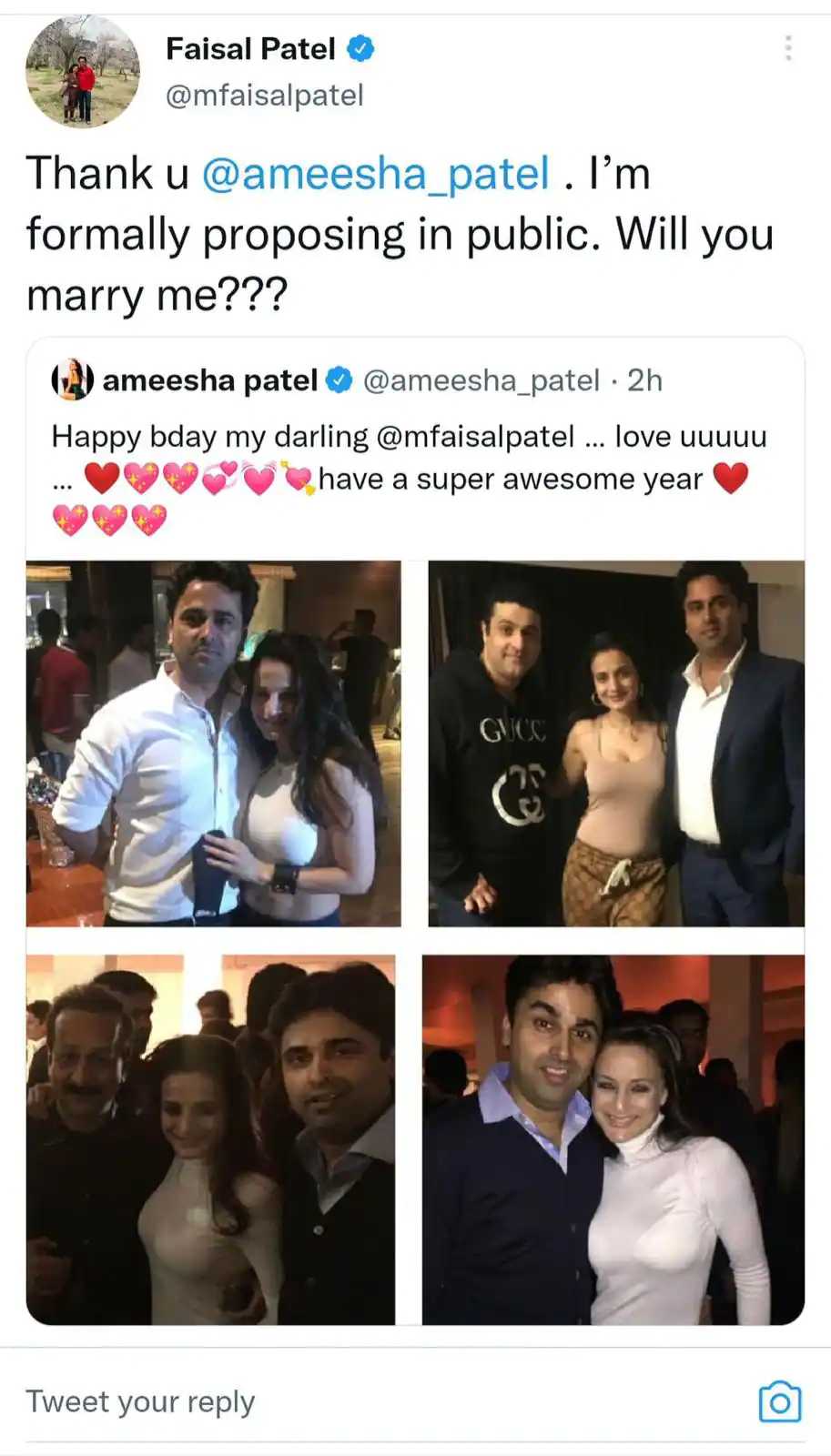 Ameesha opened up about the kind of bond she and Faisal have in real life during her interview. Further, in the interview,

Ameesha Patel discussed Faisal Patel's tweet in which he proposed to her for marriage. The actress stated that it was an internal joke between them and her close friend, Faisal, who frequently cracks such jokes.

Ameesha elaborated: 'That message was an inside joke between us. There is nothing else to say. I am single and content with my situation. I am not looking for a relationship right now. Faisal is someone who enjoys telling jokes.' 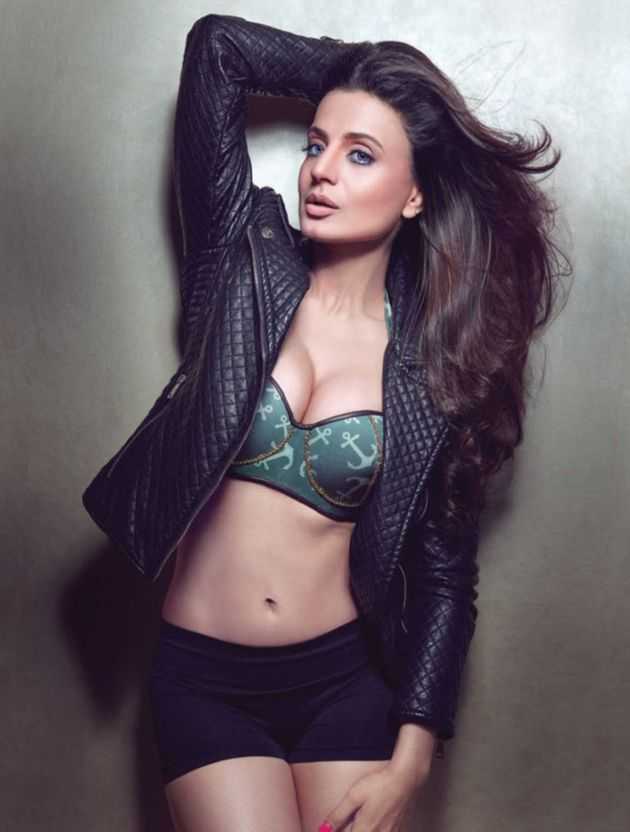 Ameesha Patel had no intention of becoming an actress until Amit's friend, filmmaker and actor Rakesh Roshan, approached her during a family lunch and offered her the lead role in 'Kaho Naa... Pyaar Hai.' Amisha accepted the offer, and the film went on to become a box-office success, flinging her to stardom overnight.

Her personal life has been marred by misunderstandings with her parents and brother, to the point where she has sought court intervention. She dated Bollywood director Vikram Bhatt for five years after their first film together, 'Aap Mujhe Achche Lagne Lage,' but they split up in 2007.

After her breakup, Patel began dating London and Delhi-based businessman Kanav Puri, but they split up two years later in 2010. Many critics have labelled her as inconsistent, but they have since bitten their tongues after being proven wrong by this petite and beautiful actress, who has and continues to enthral her fans with a variety of performances on the big screen. 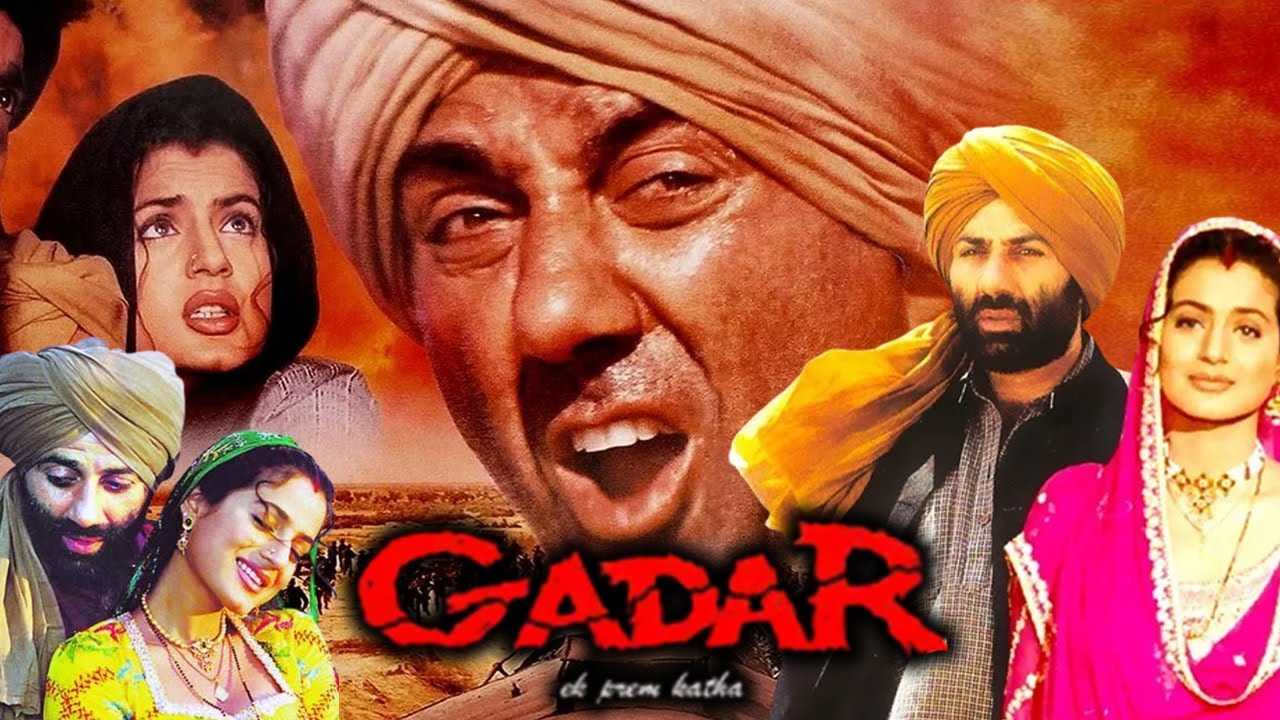 Tara saves a wayward Sakina from a crazed mob during the city's communal riots, and a bond that blossoms into love is formed. They eventually marry and have a son. The happy family, now living in Amritsar, receives the shock of their lives when Sakina discovers that her father (Amrish Puri), whom she previously believed died in the Amritsar riots, is still alive after seeing his picture in an old, tattered newspaper. Sakina's father, now the mayor of Lahore in Pakistan, arranges for his daughter to visit him after contacting him. Sakina travels to Lahore without Tara or her son, only to learn of her father's plans for her, which include forcing Sakina to forget about her family and start over in Pakistan. Then Tara embarks on an extraordinary journey that will take him across the border into Pakistan in search of his love Sakina.

An NRI and his wife ignore the warnings about ghosts and decide to stay in his ancestral home. Inexplicable occurrences prompt him to consult with a psychiatrist in order to solve the mystery.

An NRI and his wife ignore the warnings about ghosts and decide to stay in his ancestral home. Inexplicable occurrences prompt him to consult with a psychiatrist in order to solve the mystery.

A young girl meets her deceased boyfriend's doppelganger and now has a chance to find the people who murdered him.

Ranvir navigates the world of the Indian mafia in Turkey in order to avenge the death of his lover and co-conspirator.

The amount of assets that exceed liabilities is referred to as net worth. Cash, real estate, and anything else of value are examples of assets. It is the value of everything you own less everything you own. Net worth is not calculated on a yearly basis. So, how much is Ameesha Patel currently worth? Ameesha Patel's net worth is 30 million dollars which are 220 Crores in Indian Rupees.

Who is Ameesha Patel?

Ameesha Patel is an Indian actress and model.

When is Ameesha Patel's birthday?

No, Ameesha Patel is not married.

Does Ameesha Patel have a sibling?

What is Ameesha Patel's age?

What is Ameesha Patel’s Father’s name?

Which college did Ameesha Patel go to?

What is the salary of Ameesha Patel?

Ameesha Patel’s salary per month is not known.

What is Ameesha Patel's Weight in kg?

What is Ameesha Patel famous for?

Ameesha Patel is best known as a film actress.

Where is Ameesha Patel from?

Does Ameesha Patel have a child?

No, Ameesha Patel does not have children.

What is Ameesha Patel’s Mother’s name?

Which school did Ameesha Patel go to?

Ameesha Patel did schooling at Cathedral and John Connon School.

What is the Networth of Ameesha Patel?

Ameesha Patel's net worth is estimated to be 220 Crores in Indian Rupees.

What is Ameesha Patel Height in feet?