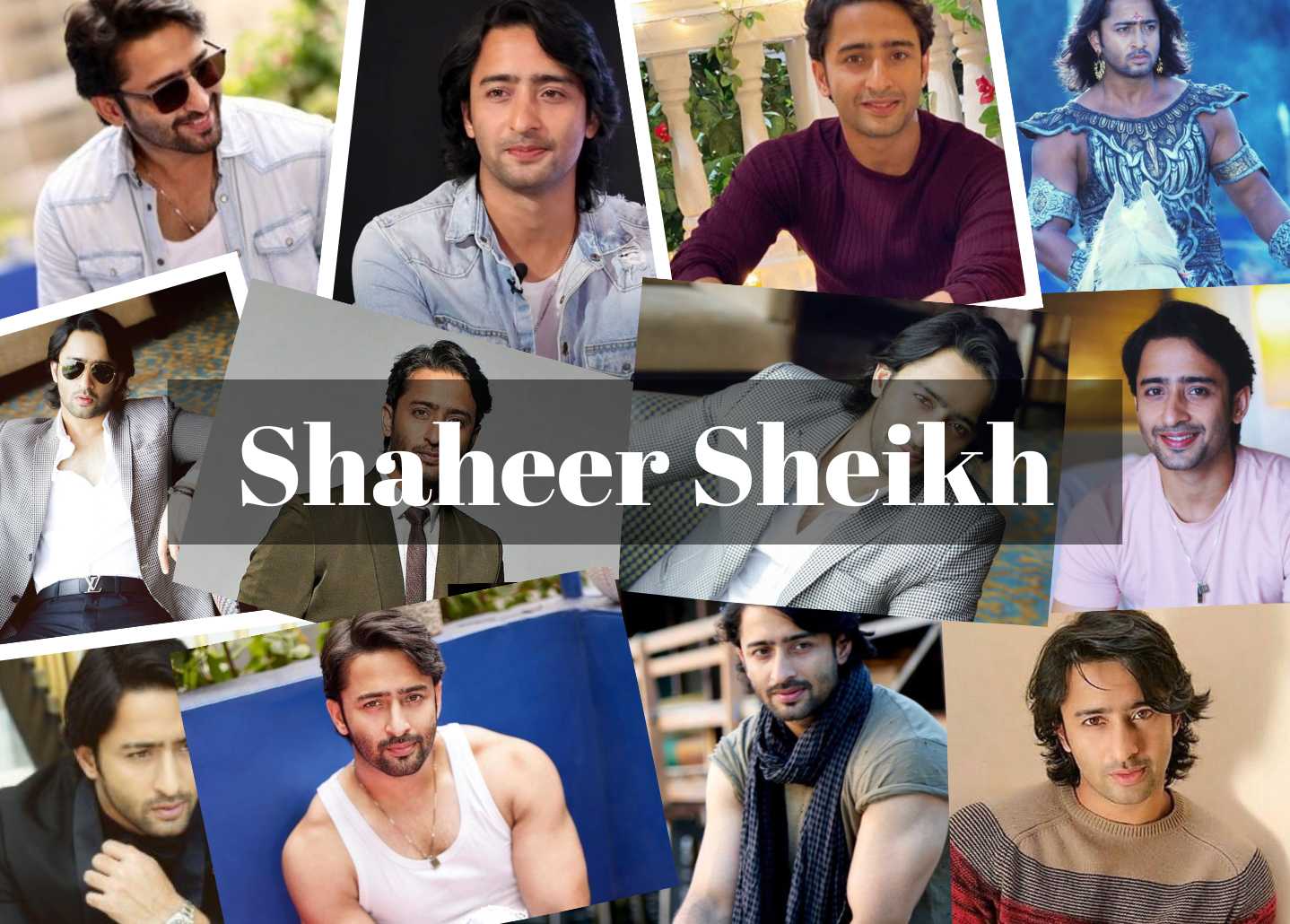 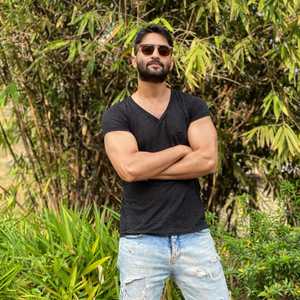 Shaheer Nawaz Sheikh is an Indian actor and model, who was born on March 26, 1984, in the Doda district of Jammu and Kashmir. Saheer Sheikh’s age is 38 years. His Zodiac Sign is Aries. He follows Islam as his religion. He primarily appears on Hindi television. He starred as Veer Mehra in the television series Kya Mast Hai Life as his acting debut in 2009, and he later played Anant Bajpai in the film Navya Naye Dhadkan Naye Sawaal. He made a breakthrough in 2013 when he played Arjuna in the Mahabharat, for which he won widespread acclaim. In the 2009 television programme "Kya Mast Hai Life," he made his acting debut as "Vir Mehra."Would you like Shaheer Sheikh to promote your Business and do the advertisements for you? Click here for details.

According to Shaheer Sheikh, his childhood dream was to provide a good life for his family. He said, Since I was a young boy, whenever someone would ask me what I wanted to be when I grew up, I would always respond, I want to be a nice son, a good friend, I have a pretty clear idea of the kind of life I want to have, therefore that has always been my objective.Zaheer’s father’s name is Shahnawaz Sheikh and his mother Dilshad Sheikh had welcomed when Aleefa and Ifrah Sheikh, two girls, were born. Saheer is the elder brother to both of them. The actor is close with his sisters and never misses an opportunity to spend time with them. 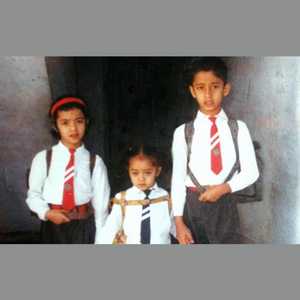 Sheikh always wanted to practise law, but he settled for acting. Aleefa and Ifrah, two of Shaheer Sheikh's sisters, attended Jammu's Hari Singh Higher Secondary School, which is located in the hills of Jammu. Shaheer Sheikh, an actor from Yeh Rishtey Hain Pyaar Ke, relocated from Jammu and Kashmir to Pune to complete his undergraduate studies at New Law College, one of Bharati Vidyapeeth University's constituent colleges. The actor received his Bachelor of Laws (L.L.B.) degree from the institution. Shaheer began part-time event work while still a student. Saheer began working at a law firm in Pune after earning his degree.Shaheer described the days leading up to his graduation as some of the greatest of his life and referred to the voyage there as lovely. Initially, according to the actor, he was a timid and shy youngster who wouldn't speak up to anyone. But as time went on, he developed into a student who took part in practically all inter-college activities, tasks, or projects. Shaheer Sheikh further disclosed that he had taken part in Mr. & Miss University during the second year of his L.L.B. while earning his degree in Pune. Additionally, he had unexpectedly revealed that while pursuing his degree, he had created a small event management firm by himself and had worked in a couple of call centres. Shaheer concluded his tearful letter by calling his time in college a wonderful experience that had changed the way he was as a person.

Shaheer Sheikh has dated the Indonesian singer Ayu Ting Ting on and off during their relationship. Ayu is a single mother who was in a relationship with Shaheer. Even though they both acknowledged their relationship, the two soon split up. However, knowledge of the two reconciliations surfaced later.

For a very long time, Shaheer's name has been associated with his Kuch Rang Pyaar Ke Aise Bhi co-star, Erica Fernandez. The popular on-screen Jodi was reported to be dating off-screen even though the two never confirmed their relationship. Even rumours of the two becomings engaged circulated. They frequently appeared together and even attended gatherings and parties together. They are no longer together, though, as their relationship ended after the episodes.

Before becoming a couple, Ruchika and Shaheer had several encounters. She is the Executive Vice President and Creative Producer at Ekta Kapoor's Balaji Motion Pictures Ltd. Shaheer has worked closely with Balaji Telefilms, so the two met frequently for work-related reasons.From their friendship, the two created an equation that elevated their romance. A legal registry wedding between Shaheer Sheikh and Ruchika Kapoor occurred during the covid outbreak. The couple tied the knot on 20th October 2020A tiny ceremony was held in Shaheer's hometown of Jammu, while a second, more relaxed ceremony was held at Ruchikaa's house in Mumbai. The two welcomed their first baby girl in September 2021. They named her Anaya Sheikh.

Shaheer Sheikh began working for a law firm after earning his L.L.B., and then he began his career as a photographer. He then moved on to modelling. In the 2009 television series Kya Mast Hai Life, Sheikh made his acting debut as Veer Mehra, a young man who enjoys playing the guitar and listening to music.Sheikh replaced Satyajeet Dubey in Jhansi Ki Rani as Nana Sahib, the brother of the Rani of Jhansi, as the second season of the programme came to a conclusion.Sheikh received an offer to star opposite Saumya Seth in the television series Navya…Naye Dhadkan Naye Sawaal in 2011.He portrayed Anant Bajpai, a 19-year-old college student who may have an urban appearance but is actually a traditionalist and a conformist. Sheikh also appeared as Ritesh in season 1 of the Disney Channel series Best Of Luck Nikki alongside Navya. Alongside Mahhi Vij, Sheikh also had an appearance in the 2012 telefilm featured in the Star Plus programme Teri Meri Love Stories. 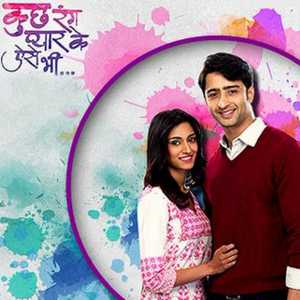 Sheikh returned to Indian television in 2016 as a cast member with Erica Fernandes and Supriya Pilgaonkar's highly regarded Kuch Rang Pyar Ke Aise Bhi on Sony TV. He portrayed the youthful and prosperous business mogul Devrath Dixit (Dev). The audience enjoyed Sheikh's performance and their on-screen chemistry. The second season of the programme premiered in September 2017.He performed episodic parts and made guest appearances in other Indonesian television shows in addition to Kuch Rang Pyar Ke Aise Bhi. He played the roles of Salman in Malaikat Kecil Dari India, Alaadin/Ali Besar in Aladin & Alakadam, Prince Zamzaman Jinny Oh Jinny Datang Lagi, Mr Thakur in Gara Gara Duyung, Rahul in Tuyul & Mba Yul Reborn, and Raden Petir in Roro Jonggrang. He also made a cameo appearance in I-KTP. Additionally, he co-starred with Masayu Anastasia in the 2016 Indonesian telefilm Namaku Yusuf, in which he played the lead character Yusuf.He began work on his upcoming Indonesian feature film Maipa and Datu Museng in February 2017. Sheikh portrayed the warrior Datu Museng in this action-based love story. The movie premiered on January 11, 2018. He played Salim in the 2018 episode of Dastaan-E-Mohabbat: Salim Anarkali on Colors TV. His partner was Sonarika Bhadoria. He co-starred with Rhea Sharma in Yeh Rishtey Hain Pyaar Ke on Star Plus from March 2019 to October 2020 in the role of Abir Rajvansh. Dynamic, according to producer Rajan Shahi, is his role. 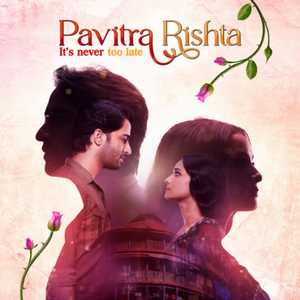 Paurashpur, a web series starring Annu Kapoor, Shilpa Shinde, Milind Soman, and Flora Saini, served as his web series debut. Alongside Erica Fernandes, Saheer Sheikh returned to the role of Dev Dixit in Kuch Rang Pyar Ke Aise Bhi 3 in 2021. From where it left off in the second season, the story continued.He signed the OTT project Pavitra Rishta: It's Never Too Late in July as a tribute to the actor Sushant Singh Rajput, who played the title character Manav in the show's first season. Shaheer took over in his place, with some characterization and plot changes. It was released on September 15, 2021, and the audience responded favourably, greatly improving the situation. The 2.0 version of Pavitra Rishta: It's Never Too Late was released on January 28.Sheikh and Shweta Basu Prasad co-starred in the 2022 short film Yatri Kripya Dhyan De. He has been playing Krishna Choudhary opposite Hiba Nawab in Star Bharat's Woh Toh Hai Albela since March 2022.Would you like Shaheer Sheikh to promote your Business and do the advertisements for you? Click here for details.

Shaheer Sheikh's estimated net worth as of 2022 is close to $4 million, or 32 crores of Indian rupees. Shaheer earns money in a variety of ways, but his acting career is his main source of income. In addition, he earns a good living by appearing in music videos, endorsing brands, and more. ANTV and Godrej have signed Shaeheer Sheikh as their Brand Ambassador. 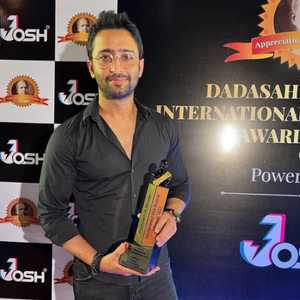 Would you like Shaheer Sheikh to promote your Business and do the advertisements for you? Click here for details.

Who is Shaheer Sheikh?

Shaheer Nawaz Sheikh is an Indian actor and model.

When is Shaheer Sheikh’s Birthday?

Where is Shaheer Sheikh from?

Shaheer Sheikh was born in the Doda district of Jammu and Kashmir.

Where did Shaheer Sheikh make his First debut?

What is Shaheer Sheikh’s Father's name?

How tall is Shaheer Sheikh?

Who is Shaheer Sheikh dating?

What is Shaheer Sheikh’s nickname?

How old is Shaheer Sheikh?

What is Shaheer Sheikh’s Mother's name?

What are the names of Shaheer Sheikh?

What is Shaheer Sheikh's Net Worth Income?