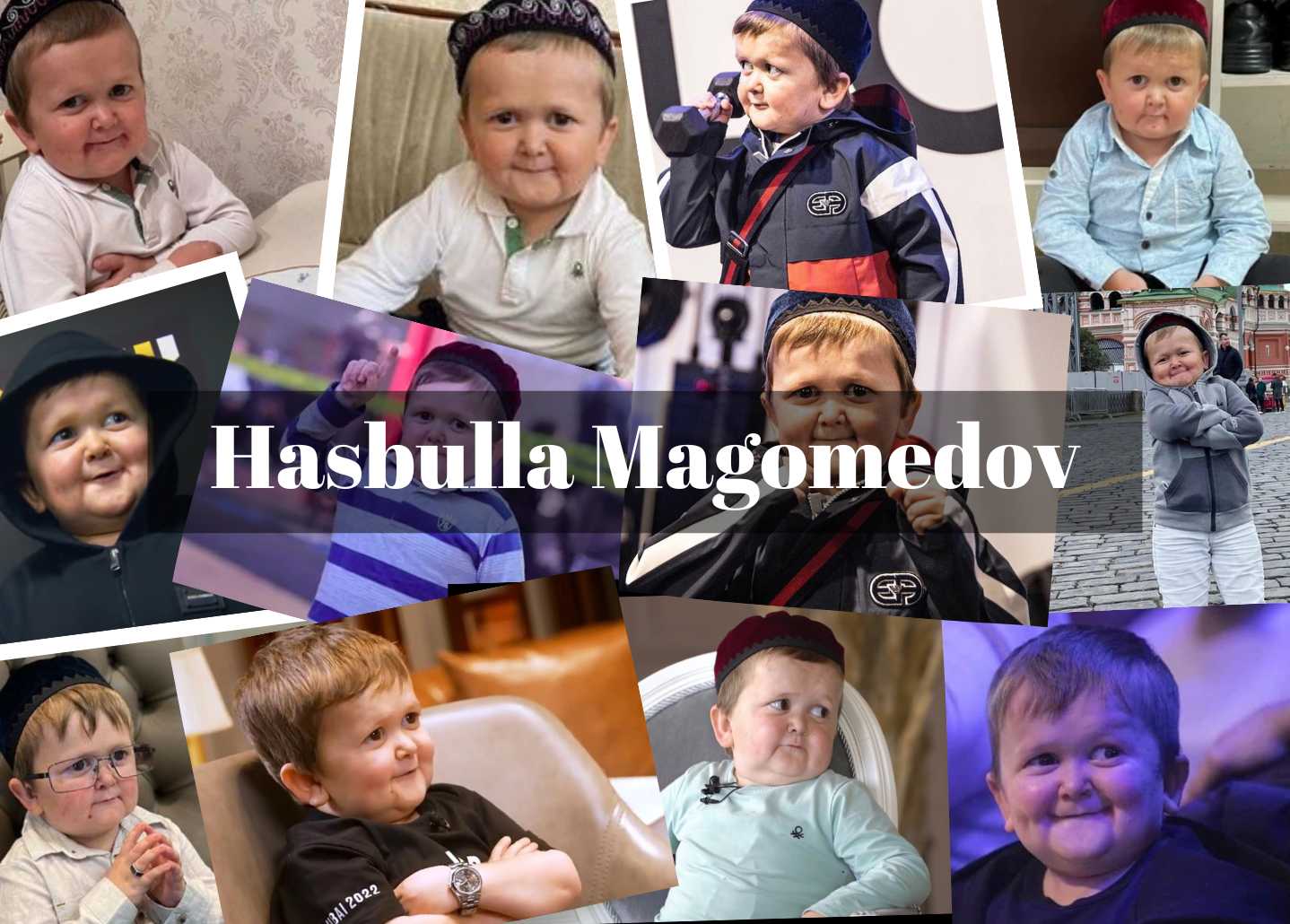 Hasbulla Magomedov know as Hasbulla is a Social Media Celebrity known for his videos. Hasbulla became popular when he challenged Abdu Rozik to fight. Both of them can be seen in Hindi Tv Show Big Boss 16. 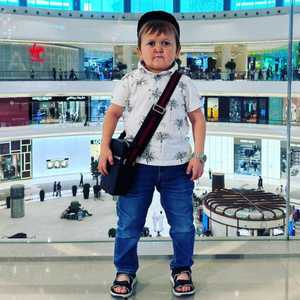 Hasbulla is an internet celebrity, TikTok star, and blogger from Makhachkala, Russia. He has a genetic disease called Growth Hormone Deficiency, often known as dwarfism, which causes him to have a high voice and stunted growth. The kid Hasbulla Magomedov’s age is 20 years as of 2022. Hasbulla was born in Makhachkala, Russia on 9 March 2002. Hasbulla’s height is 3 feet 4 inches.

The full name of Hasbulla is Hasbulla Magomedov. Habulla’s nickname is Mini Khabib. Hasbulla is close friends with Khabib Nurmagomedov, a fighter. He became well-known after the Hasbulla vs. Abdul Razik press conference announcement went viral, which attracted more attention than actual professional MMA fighters. Magomedov has 20 posts and around 1.1 million followers on Instagram. He also has 340k followers on Twitter and joined the platform in March 2020.

In 2020, his debut Tiktok video became popular. He also maintains a Youtube channel with the same name, which he launched on December 25th, 2018. Hasbulla started sharing videos on Instagram in late 2020, and he currently has 3.7 million followers there. He gained notoriety, nevertheless, in 2021 when his TikTok videos went viral. Hasbulla has since gained notoriety on social media.

When he was soon recognized by people on the street, he understood that he had followers. Although 'Mini Khabib's' humorous posts have been well received by UFC fans, it seems he has no plans to be a blogger for very long. Magomedov admitted that he wants to study theology in a future interview with Russian media.

Hasbulla Magomedov is frequently mistaken for Khabib Nurmagomedov's child. Many people think his name is Hasbulla Nurmagomedov, which is wrong. Many supporters think the UFC star and Mini Khabib look alike. The two aren't actually connected. The fact that Khabib shared a video of Hasbulla Magomedov on his Instagram account suggests that they are close buddies.


In recent months, a video of Mini Khabib and Nurmagomedov eating dinner together has also gained widespread popularity. Both of them are seen posing for pictures with some fans.


After successfully defending his UFC lightweight title, Khabib Nurmagomedov recently announced his retirement from the sport.


Nevertheless, Hasbulla is well known for making teeny-tiny sketch flicks about his favorite UFC fighter, Khabib, who is from Hezbollah. He routinely mimics Khabib in his vlogs, and after one of his videos went viral in 2021 and launched him to international fame, he also met the star in person. 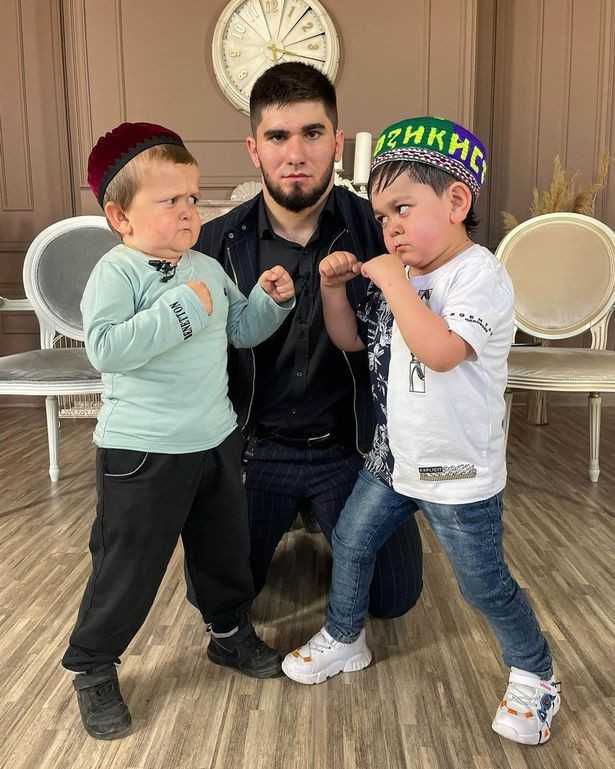 Hasbulla allegedly challenged Abdu Rozik to compete against anyone in his weight class up to 18 kilos in 2020. Even though Abdu accepted the challenge, the Sports Association of Little People of Russia later forbade the battle and referred to it as unethical.

Following the incident, Ashab Chechen Hulk Tamaev summoned the two for a press conference where Abdu and Hasbulla got into a heated dispute. The two got into a furious argument and hurled insults about one another's financial situation and social media power throughout the half-hour talk. Additionally, Hasbulla once flashed Abdu a bank card while making jokes about buying him with his money.

The two insulted one another and questioned one another's social media influence, adherence to Islam, and financial situation throughout the 30-minute interview. Hasbulla once brandished a credit card in Abdu Rozik's direction. See this card, young man? According to a YouTube translation, he said, I can purchase you if I want to. Hasbulla was mocked and labeled rude by Abdu Rozik for supporting a carpet shop. The two young men leaped out of their chairs as if they were going to fight right then. Tamaev had to separate the two several times, frequently grinning.

Hasbulla Magomedov and Abdu Rozik decided to hold a press conference in Dagestan in May 2021 despite being rivals and being separated by more than a thousand miles. Ashab Chechen Hulk Tamaev, a well-known vlogger, would serve as the moderator. To publicize their approaching bout was the goal. Abdu Rozik accepted Hasbulla's offer to wrestle anyone up to his weight limit of 18 kg some months previously. 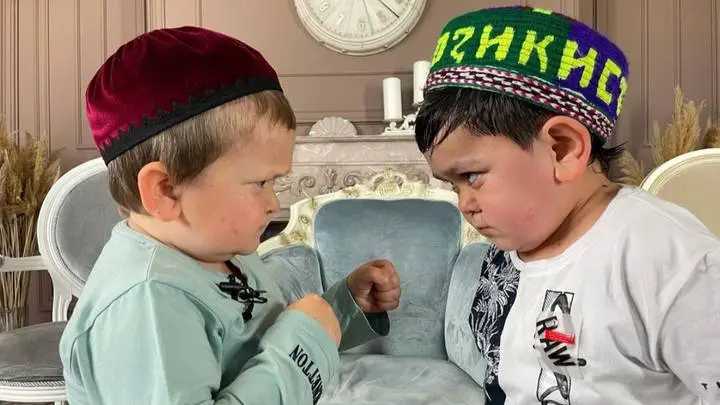 Abdu Rozik teased his hesitant opponent while Tamaev stood between them, saying, Come here, little kid, according to a translation. Hasbulla geared up for a kick as they surged at one another. He terribly missed.

Hasbulla finally reached his objective a little while later. Abdu Rozik declared from his chair, If you touch me now, you will be a dead man.  His opponent drew nearer, trying to get around Tamaev. This caution was disregarded by Hasbulla, who then lunged for the leg of his opponent. Abdu Rozik, furious, started shouting even louder. After a few more seconds of their argument, Tamaev cuts the video. Abdu Rozik is not wearing his jacket in another video taken on the same day, which depicts the two people acting more composedly. They attempt to battle one other once again after competing in a push-up competition.

Hasbulla and Abdu Rozik have never engaged in a recorded formal match. Although it hasn't been confirmed, there was a rumor that it actually happened without any footage being made public. 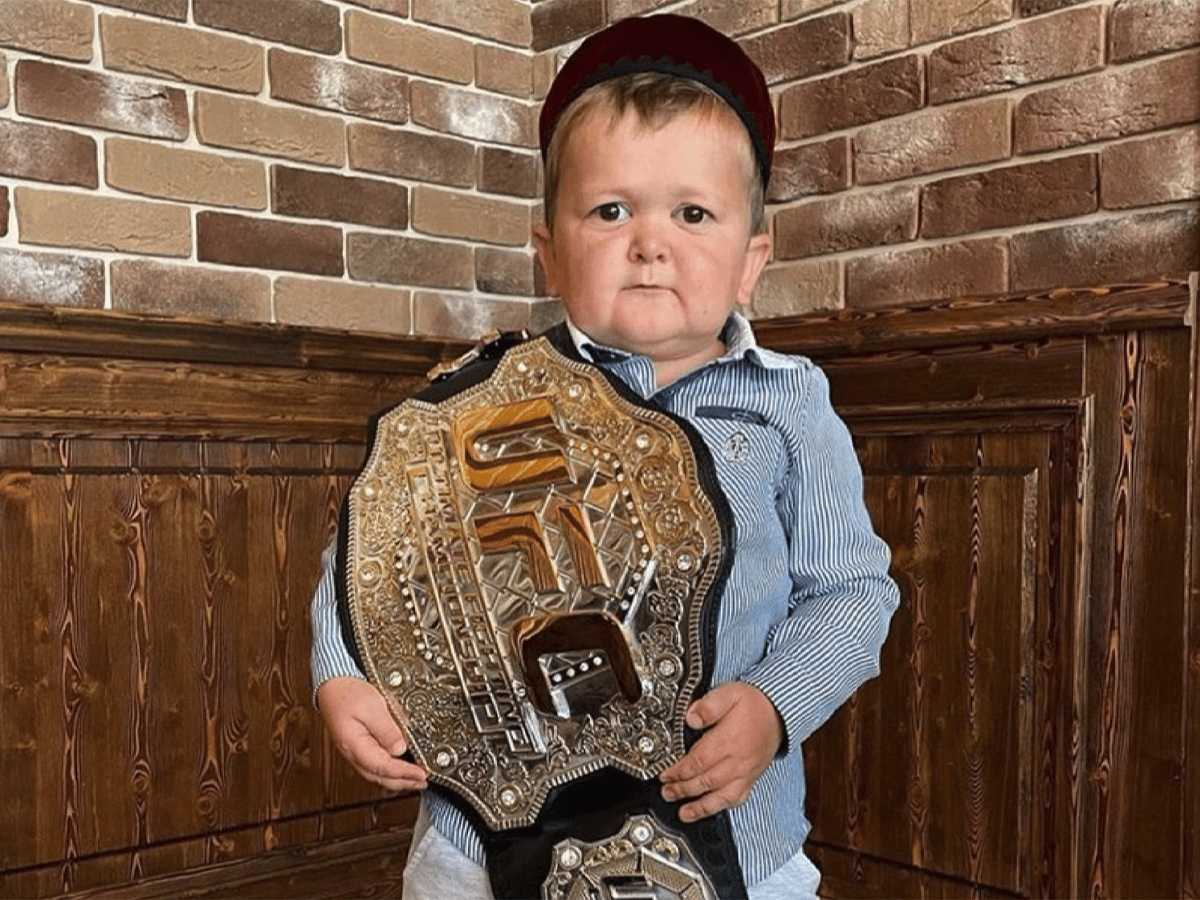 Internet sensation Hasbulla Magomedov signed a lucrative UFC contract after pleading with Dana White to match him against Conor McGregor. Igor Lazorin, an MMA reporter, announced on social media that Hasbulla had signed a five-year deal with the UFC.

The 19-year-old will assist in promoting UFC events rather than engaging in actual combat, as Lazorin revealed. We won't get into the specific sums, but many fighters don't receive that much due to the way the amounts are set up.

Hasbulla committed to a five-year deal with the UFC! Still no fighting, but. When responding to British UFC fighter Muhammad Mokaev, 22, who had joked that he had been displaced as the youngest member of the roster, Hasbulla appeared to corroborate the news. The Russian has gained internet fame in the past year, in part because of his associations with MMA competitors like Khabib Nurmagomedov and Islam Makhachev. 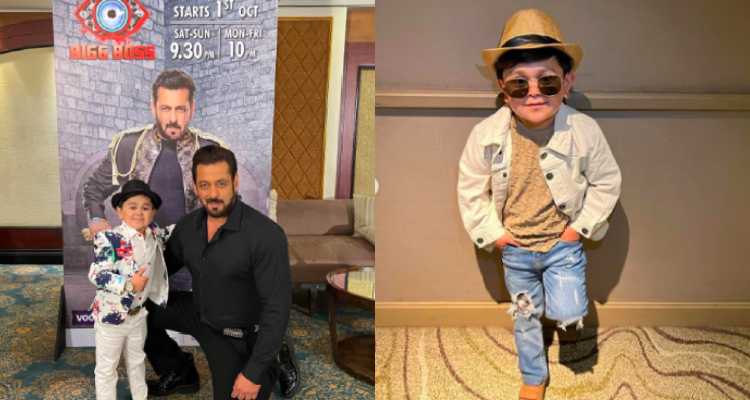 Abdu Rozik, a beloved competitor on Bigg Boss 16, doesn't appear to have any rivals right now because every single participant has been gushing over him. However, it appears like Abdu's easy life will get a little more difficult since his opponent Hasbulla Magomedov may enter the competition as a wild card entry. Given his lovely nature, it is difficult to imagine that even the 19-year-old singer could have a rival.

In terms of Abdu's opponent, Hasbulla Magomedov is a Dagestani national who shares the same illness as Abdu. He is well-known for his TikTok videos, and his animosity toward Abdu has a history. According to history, Hasbullah once challenged Abdu to a duel, but the Sports Association of Little People of Russia forbade it since it was unethical. As to the rumors, Hasbulla has agreed to take part in the competition as a wild card participant starting in October 2022. 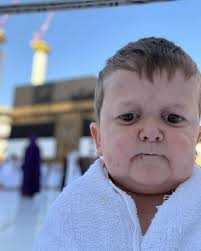 Growth hormone deficiency, also known as dwarfism, is the origin of Hasbulla's peculiar characteristics, including his extremely tiny stature (around 100 cm).

Those who have this disorder may have a wide range of symptoms, such as weariness, anxiety, or sadness, as well as strong feelings of social isolation.

However, Hasbulla is renowned for handling the disease with humor and confidence, which is another factor in his enormous popularity.

After expressing his support for Brazil's President Jair Bolsonaro, Hasbulla became the subject of an online debate. Good luck to President @jairbolsonaro tomorrow, my friend! He included a photo of himself smiling in a green tracksuit and commented, Go Brazil. Thank you, my big little buddy @Hasbulla NFT, Bolsonaro also retorted. I look forward to meeting you in Brazil shortly. Social media users regretted Hasbulla's endorsement and criticized the words.

After allegedly abusing a woman who posted a video of his sister, Hasbulla was given the ban. Hasbulla allegedly wrote, I will not leave this girl alive until she apologizes to the entire Instagram, because she filmed a video of my sister and posted it for the entire Instagram. After a sharp increase in followers, the individual himself has subsequently rejected the rumors and informed admirers that he is leaving the platform.

Hasbulla has $100,000 estimated net worth. Hasbulla also has a strong interest in cars, as evidenced by the fact that he frequently posts photos of himself next to or inside some seriously exotic vehicles on Instagram. He seems to be a big lover of BMWs and has even been spotted in the rear of a Mercedes Maybach, which is an extremely opulent vehicle.

Hasbulla has released his own to join the NFT bandwagon. On April 14th, 2022, Hasbulla's first collection of NFTs, which feature the social media sensation as various pop culture figures, was made public. Additionally, he has a special Instagram account for Crypto Hasbulla that includes links to his NFT collection, which can be bought with Ethereum on the OpenSea platform. 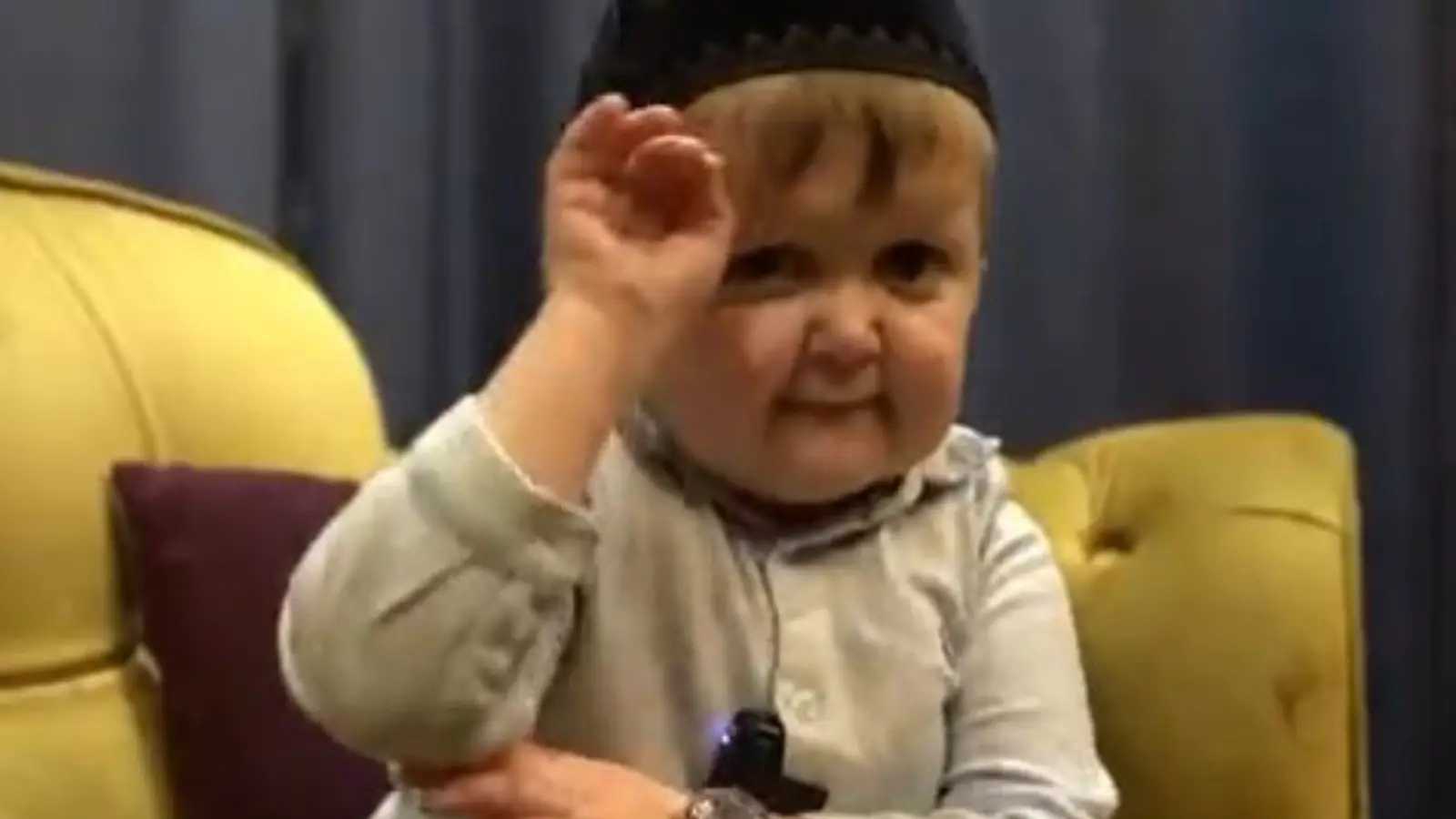 Hasbulla is a social media celebrity .

What is Hasbulla's net worth?

Hasbulla's Father’s name is not known.

Why is hasbulla famous ?

Hasbulla is famous for his Tiktok Videos.

Hasbulla is from which country ?

Hasbulla is From Russia.
×