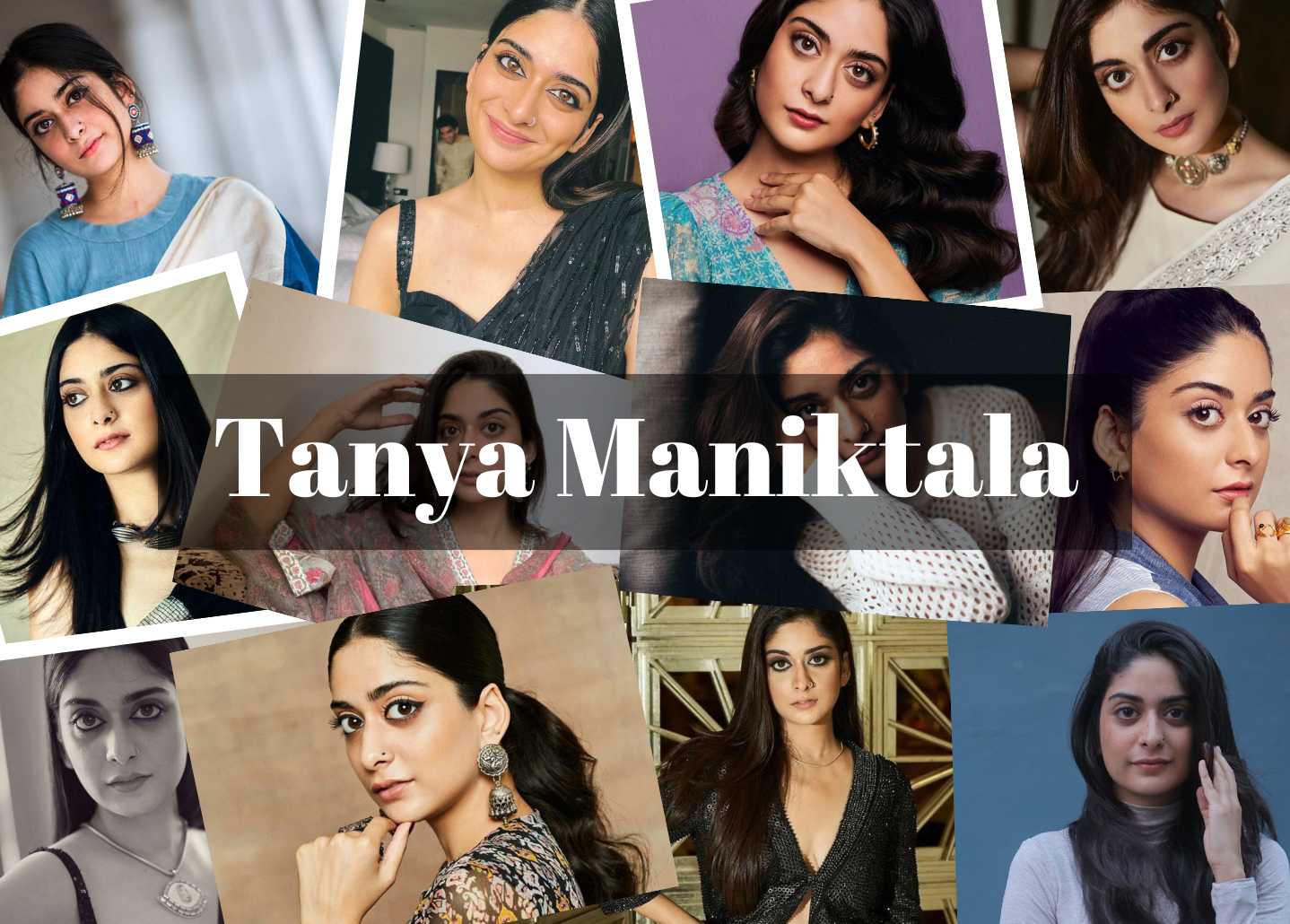 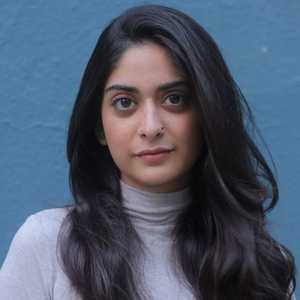 An Indian actress who primarily appears in Hindi online series, Tanya Maniktala birthdate is on July 7, 1997. She is best recognised for her performances as Lata Mehra in A Suitable Boy and Ishita in Flames (2018). (2020). After appearing in both seasons of the online series Flames, she greatly increased in popularity and was recognised for her acting abilities.

She also participated in the renowned Timeliners YouTube channel and appeared in many of their videos. Tanya Maniktala had always wanted to work in the Indian entertainment industry as an actor. Since she was little, she has also been interested in writing and modeling. At the beginning of her career, she also worked as a copywriter.

She has always yearned to work in the fashion and glamour sector since it fascinates her so much. In 2020 she received an award at the Toronto International film festival for her performance in the film A Suitable boy. 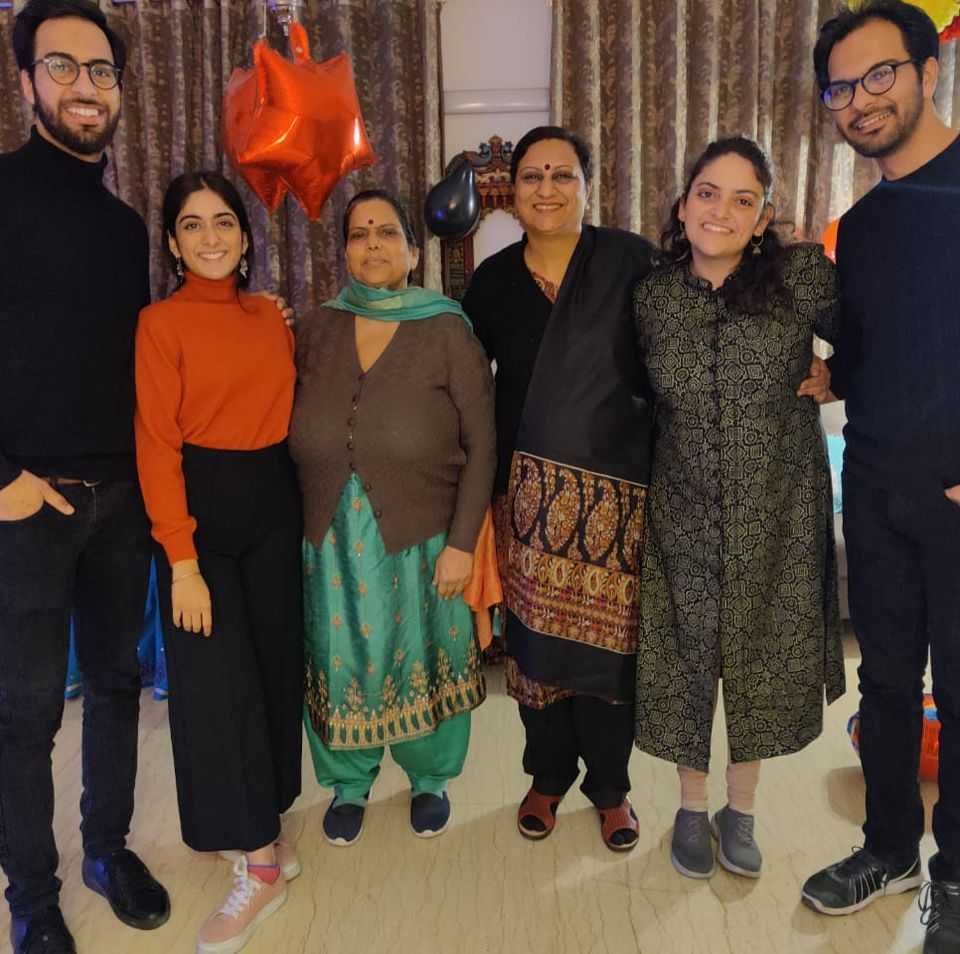 Tanya Maniktala was born on June 15, 1997, making her 23 years old as of 2020. She was raised in a Hindu middle-class family. Tanya Maniktala's birthplace is in New Delhi, India.

Tanya Maniktala had always wanted to work in the Indian entertainment industry as an actor. Since she was little, she has also been interested in writing and modeling. She has always yearned to work in the fashion and glamour sector since it fascinates her so much.

Tanya Maniktala did her schooling at St Francis De Sales School Janak Puri Delhi. She then enrolled at Shivaji College in Delhi, where she eventually earned her degree in English literature. The actor is a graduate with a Bachelor of Arts.

In 2018, the first episode of the first season of the MX Player web series Flames was made available. On October 18, 2019, the second season began airing. In the Indian online series Flames, Rajat and Ishita are the centre of the plot. In the web series, the lead roles are played by Ritvik Sahore, Tanya Maniktala, Sunakshi Grover, and Shivam Kakar.

Arun Kumar is the producer and Apoorv Singh Karki is the director of the Flames online series. The whole Flames web series cast is shown here.After appearing in both seasons of the online series Flames, she greatly increased in popularity and was recognized for her acting abilities.

The third season of the web series Flames, an Indian love drama, was created by Deepesh Sumitra Jagdish and Puneet Batra. On October 28, 2022, it becomes available on Prime Video. The Flames season 3 is streaming on prime video starting October 28th, 2022.

A Suitable Boy is a BBC television drama miniseries that Andrew Davies adapted from the 1993 book of the same name by Vikram Seth. It was directed by Mira Nair. A Suitable Boy, which is set against the backdrop of post-independence India, follows four interconnected families in North India.

The plot centers around Mrs. Rupa Mehra, who is looking for a good spouse for her youngest daughter Lata. The daughter, meantime, struggles between her responsibility to her mother and her desire for romance with her suitors.
Tanya Maniktala plays the lead character Lata in the television series, which also includes Tabu, Ishaan Khatter, Rasika Dugal, Mahira Kakkar, Ram Kapoor, Namit Das, Vivaan Shah, Mikhail Sen, Danesh Rizvi, Shahana Goswami, Ranvir Shorey, Vijay Varma, and Kulbhushan Kharbanda in significant parts. It features a non-white cast for the first time in a BBC period drama.

From July 26 to August 24, 2020, BBC One in the UK broadcast the world premiere of A Suitable Boy. With the exception of North America and China, it had its global premiere on the Netflix streaming service, and all six episodes were made available on October 23, 2020.

The series debuted on Acorn TV on December 7, 2020, in the US and Canada. The series garnered mixed reviews from critics, who commended the cast's performances and the locations but criticised the narrative, direction, and stereotyped portrayal of India. 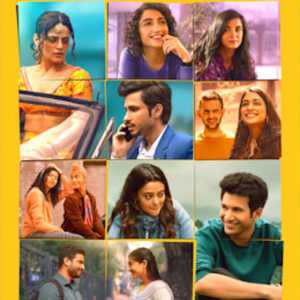 It appears that Ishq is a streaming television anthology series from India. On July 23, 2021, Netflix announced its debut. The six stand-alone episodes of the series were helmed by Tahira Kashyap, Ruchir Arun, Danish Aslam, Sachin Kundalkar, Jaydeep Sarkar, and Anand Tiwari, among others. 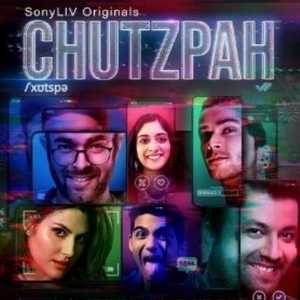 Tanya Maniktala, Elnaaz Norouzi, Varun Sharma, Diksha Singh, and Manjot Singh all appear in the series. The program is available for streaming on Sony LIV as of July 23, 2021. It has been released in Hindi, Tamil, Telugu, and Malayalam. The web's bizarre and crazy world is the subject of the television show.

The program, which follows five people and one story that is only connected via the internet, demonstrates the strength of social media and draws attention to the influence of technology on today's young.

One of the most well-liked drama series is How to Fall in Love. Within just a few episodes of its premiere, this show gained enormous popularity, and now it has its first season. The fans are quite thrilled about this How To Fall In Love, and they are curious as to when it will be available on Netflix. On January 8, 2022, How to Fall in Love was published.

Fans can watch the season of How To Fall In Love, which stars Ayush Mehra and Tanya Maniktala, on Netflix. The movie also has the other characters listed above, so enjoy viewing it with your loved ones. The movie's release date, cast, and trailer details are all included above. One of these programmes that many of these binge watchers have planned to watch is How to Fall in Love. 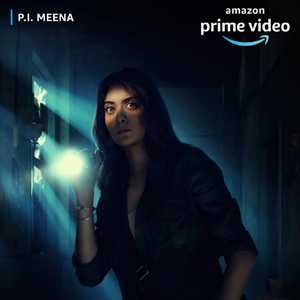 Samir Soni, Parambrata Chattotpadhyay, Jishu U. Sengupta, Vinay Pathak, and Tanya Maniktala. This female-focused crime thriller web series stars Tanya Maniktala in the title character. The actress has experience working on OTT platforms, having previously worked on TVF's Flames, BBC Studio, and Netflix's A Suitable Boy, which is based on the same-named book by Vikram Seth.

Along with her, Jishu U. Sengupta, Vinaay Pathak, Parambrata Chattopadhyay, and Samir Soni play crucial roles in the film P.I. Meena. The online series was directed by Debaloy Bhattacharya, a Bengali. Director of Dracula Sir, Biday Byomkesh, and Roga Howar Sohoj Upay. The web series' story and script were written by Arindam Mitra, and Ronak Kamat contributed as well. QED Films provided the funding.

A young, unstable private eye is thrown into a world where she must comprehend the unfathomable and find who she is. One of the most talked-about online series, P.I. Meena, is set in North-East India and centres on a disturbed female private investigator who must both unravel the mysteries of the world and discover who she is.

The upcoming Hindi film Mumbaikar. Vikrant Massey, Vijay Sethupathi, Sanjay Mishra, and Tanya Maniktala will play the main protagonists in the Santosh Sivan-directed film. Ranvir Shorey and Sachin Khedekar are two other well-known performers that were brought on board for Mumbaikar.

The 2017 Tamil film Maanagaram, which was directed by Lokesh Kanagaraj, is remade as Mumbaikar. The plot of the film is focused on the lives of people in Mumbai and depicts their pleasure, drama, enjoyment, and romance as well as how their lives are interconnected. 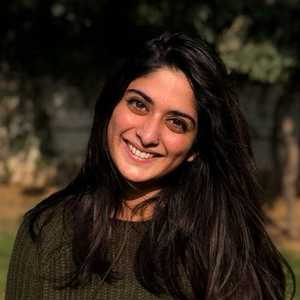 Tanya Maniktala is an Indian model and actress who was born in New Delhi. She primarily contributes to Indian web series, and she is best recognised for her work on A Suitable Boy and the first and second seasons of the hit web series Flames.

Since her undergraduate days, she has been fascinated by performing and has always aspired to be an actress. Her close friends and family refer to her as Tanu. The sources estimate Tanya Maniktala's net worth to be between $3 and $5 million. 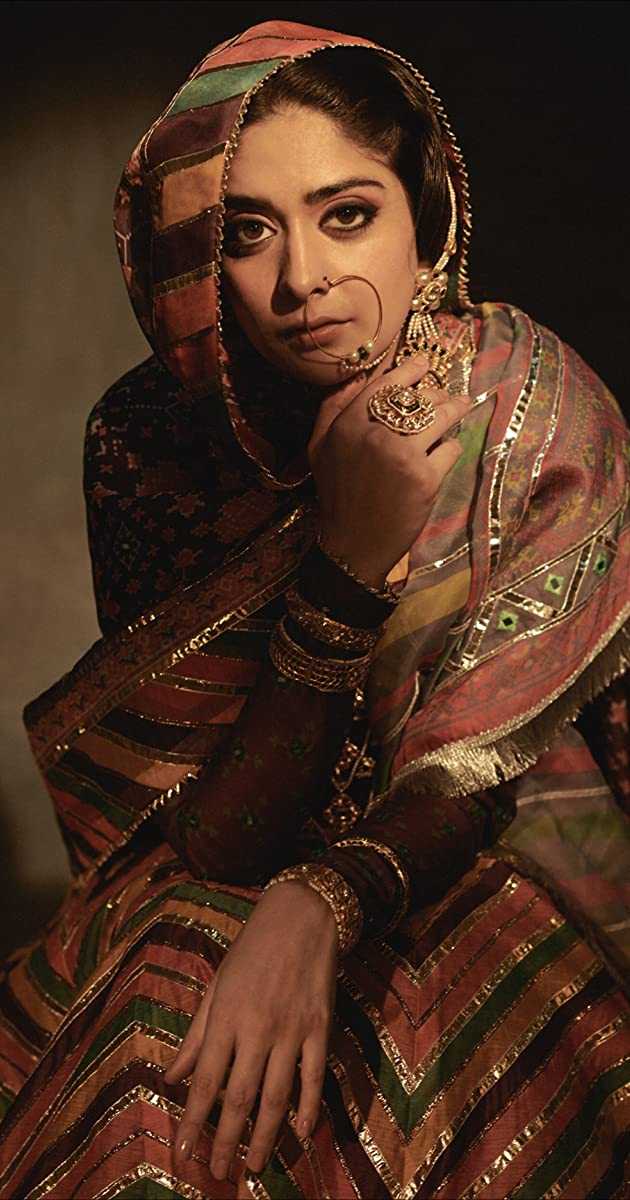 Who is Tanya Maniktala?

When is Tanya Maniktala’s Birthday?

Where is Tanya Maniktala’s Birth Place?

The Birthplace of Tanya Maniktala is New Delhi.

What is Tanya Maniktala’s Sister’s Name?

What is the height of Tanya Maniktala?

What school did Tanya Maniktala attend?

What is Tanya Maniktala’s Qualification?

The actor is a graduate with a Bachelor of Arts.

Who is the favorite actor of Tanya Maniktala?

What is the favorite color of Tanya Maniktala?

What is the Tanya Maniktala’s nickname?

The Nick Name of Tanya Maniktala is Tanu.

What is Tanya Maniktala’s age?

What is Tanya Maniktala Famous for?

Tanya Maniktala is famous for the role in Flames web Series as Ishita.

What is Tanya Maniktala’s Brother’s Name?

What are the hobbies of Tanya Maniktala?

What college did Tanya Maniktala attend?

Tanya Maniktala did her college at Shivaji college Delhi University.

Who is the favorite actor of Tanya Maniktala?

What is Tanya Maniktala’s net worth?

Tanya Maniktala’s net worth is between $3 to $5 million.
×