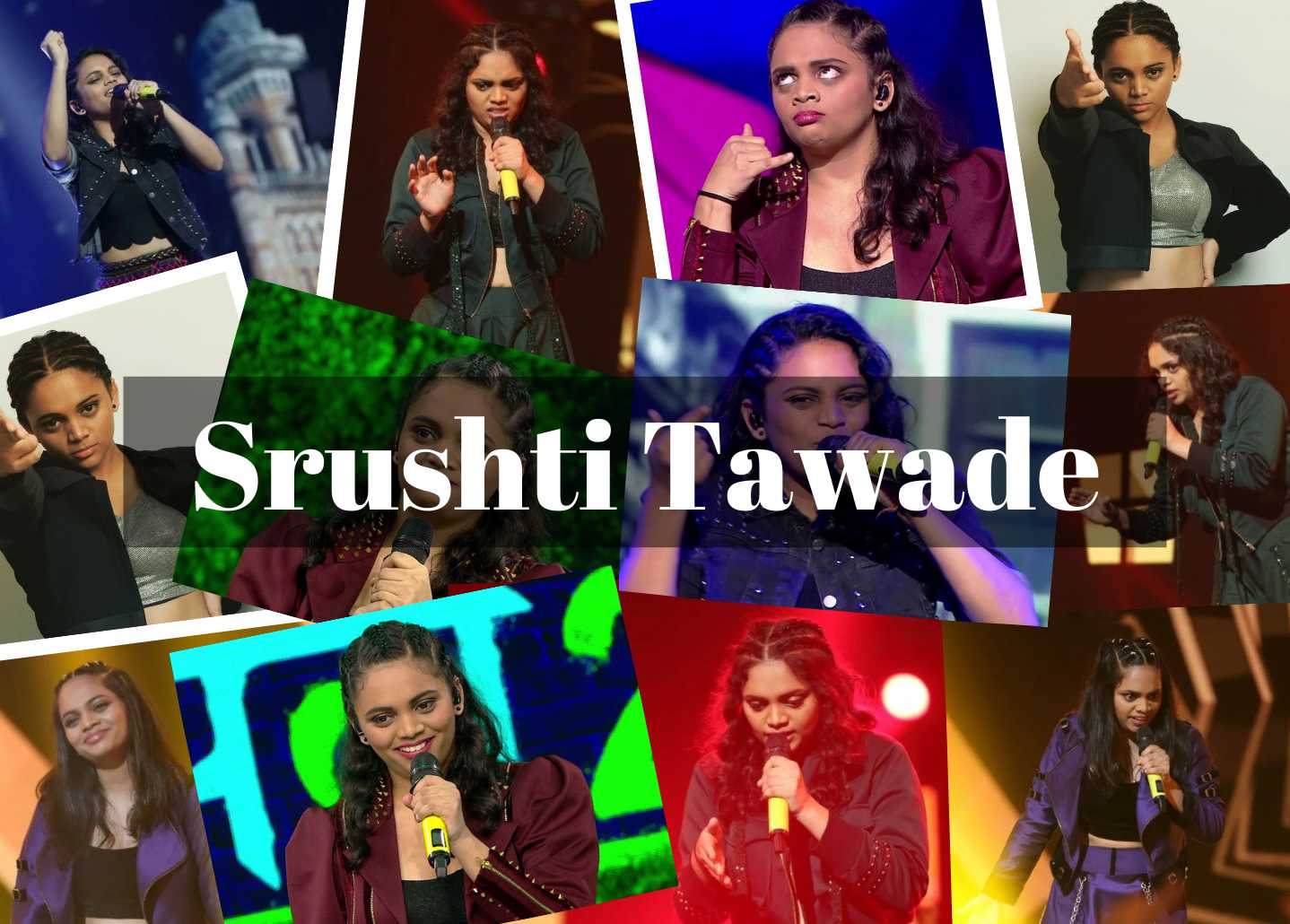 Srushti Tawade is an Indian rapper and singer in India. Srushti Tawde's claim to fame is the show MTV Hustle 2.0. 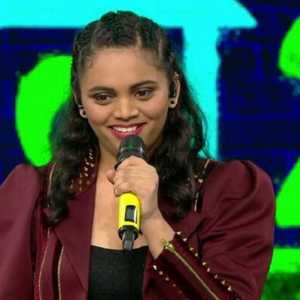 
Although Srushti Tawade loved poetry and her well-being indicated that she would eventually become a poet, she desired to change into a rapper-singer. In truth, Srushti Tawade has always enjoyed reading and creating poetry. And later, as his practice grew, so did his writing and rhyme skills. In Mumbai, where he began his education, he made the decision to pursue reality television. She put a lot of effort into this as well, and in the end, she was successful in achieving her objective.


20 years old Srushti Tawade has everyone in awe of her swagger and her bold, smokey lyrics. She is from Mumbai and has a large following on Instagram, where she has previously used rap to make fun of Baba Ramdev.

When she wasn't on the show, she would create rap songs about the news and perform them in videos by herself while playing the guitar and including clips of the people she was satirizing.Since other international musicians also laud Srushti Tawade's rap tracks, Srushti Tawade's rap music deserves appreciation in and of itself. Voot, an MTV Hustle program, helped Srushti Tawde get notoriety and acceptance in society. After appearing on the show, her rap song went viral, and her popularity grew. The well-known rapper and singer Badshah of Rap Geet also gave Srushti Tawde high praise and expressed his admiration for her rap song.

Regarding her dating status, nothing is known.

The biggest challenge in Srushti Tawade's life was that on the one hand, the artist is given many types of training. Then she can go for a live performance and Presents himself by going to the reality show, but there was no relation between Srushti Tawade and his training. In the early years, Srushti 's parents also did not get her training in any musical art field.


Srushti Tawade developed her skills via practice, and as a result of that work, she is now regarded as the best young rapper in the nation, and major artists have elevated Srushti to a prominent position in the rap song industry. Speaking of Srushti Tawde's musical career, she began by writing a song that was essentially a rap song.

Later, this song she composed became an exciting symbol in the song, and her family also acknowledged her talent. Srushti Tawde wrote many songs for her as she prepared for her later intention to perform Abhinav on television programs.

The nation soon noticed and hailed his talent once he appeared on the reality show MTV Hustle 2.0.

The judges of the show stood up and praised Srushti Tawade's performance and wished her luck in the future when the audience on stage erupted in ovation at the conclusion of her performance.

When Srushti Tawade launched her YouTube channel on August 30, 2012, there was no response of any type for nine years; no videos were posted to the channel. Later, while still taking part in the reality show, she submitted her first video, a brief YouTube clip. 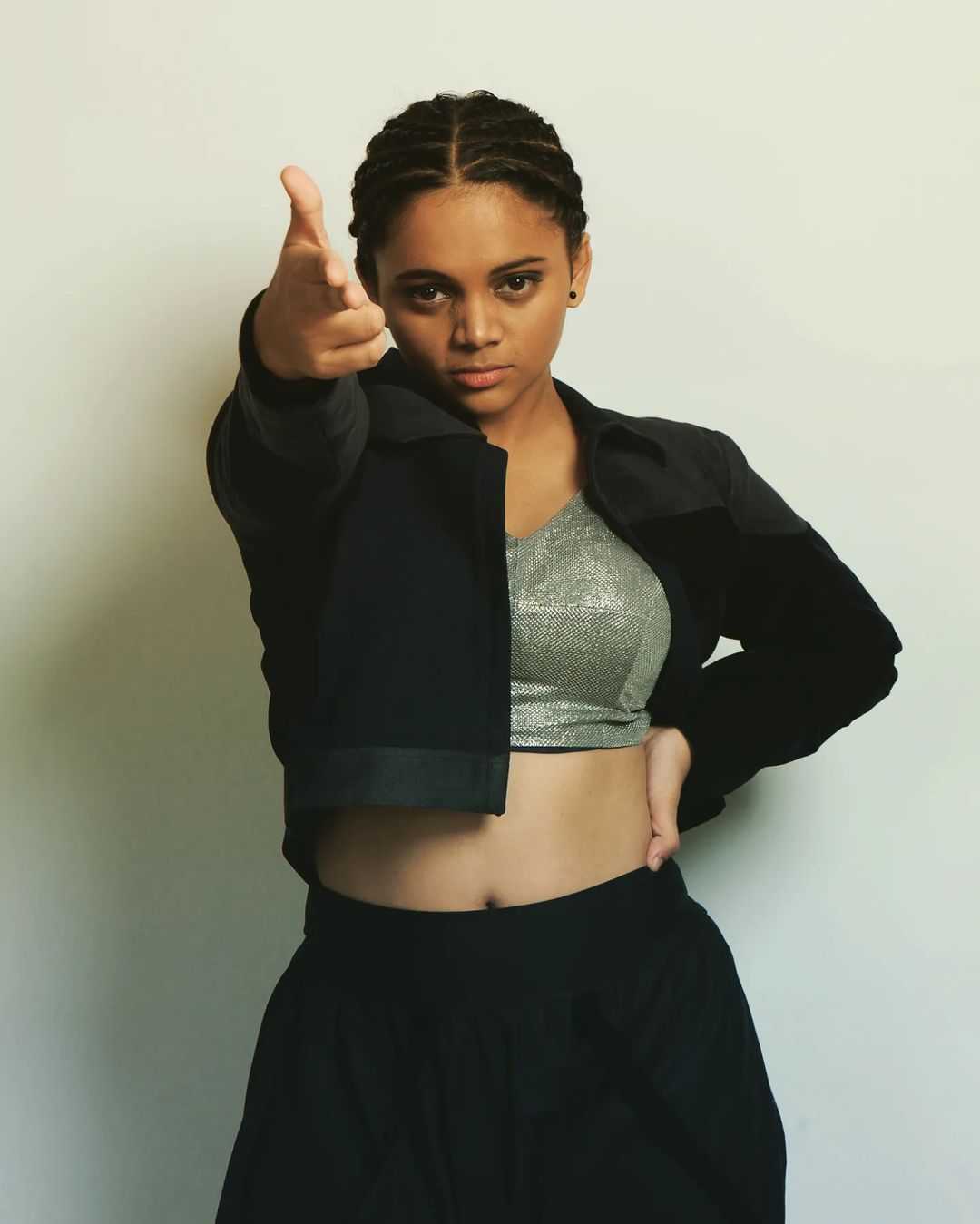 Srushti Tawade is an Indian rapper and singer on Indian TV.

Who is Srushti Tawade's boyfriend?

Srushti Tawade’s boyfriend is no one.

What is Srushti Tawade's age?

What are Srushti Tawade’s famous songs?

What is the height of the Srushti Tawade?

The height of MC's Headshot is 5.7 Feet.

What is the weight of the Srushti Tawade?

What is Srushti Tawade's net worth?

What are the best shows of Srushti Tawade?

What is Srushti Tawade’s birthdate?

Srushti Tawde’s birthdate is the year 2022.

Where is Srushti Tawade from?

Srushti Tawde is from Mumbai, India.

What is Srushti Tawade's real name?