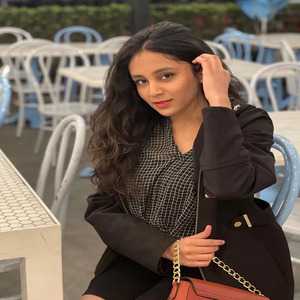 Kavya Limaye is an Indian Singer. Kavya Limaye was the 2nd Runner-up in the first season of The Voice India Kids. She is best known for taking part in the 13th season of the singing competition programme Indian Idol.

Kavya Limaye started her career in 2016 as a participant on the Neeti Mohan, Shaan, and Shekhar Ravjiani-judged children's reality competition The Voice India Kids. She received Rs. 10 lakh in prize money for becoming the 1st Runner-Up.She was one of the five children chosen to participate in the radio station's promotional recordings for the show. Her distinctive vocal style sets her apart from the competition. She has always been appreciative of the folks who have helped her along the road.

In Mumbai, Maharashtra, Kavya Limaye has been receiving instruction from seasoned singers and performers to learn every aspect of stage performance. She performs at numerous events and theatrical shows. 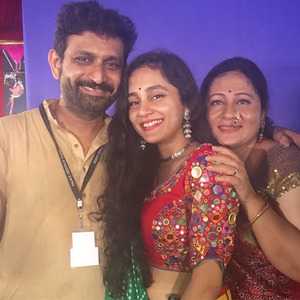 Kavya Limaye’s father’s name is Sachin Limaye and her mother’s name is Ashita Limaye. Her parents have been active in the music industry for more than 20 years and are well-known Gujrati vocalists. Gopala, Krishna Kanha, and other religious CDs by Sachin Limaye are well recognised.Well-known Spiritual Mentor and Singer Rishi Nityapragya is her uncle.

Kavya Limaye received her education at Vadodara's Navrachana Higher Secondary School. She is currently pursuing a degree in Hindustani Classical Vocal from a Mumbai college.

Kavya Limaye, who comes from a musical family, has been passionate about singing her entire life. Kavya accompanied her father, a well-known singer in Gujrat, to his musical performances. She started performing on stage with her father when she was 7 years old.

In 2016, Kavya Limaye participated in the Blind Audition for The Voice Indian Kids (Season 2) and sang the song Mohabbat Buri Bimari from the film Bombay Velvet.

Kavya Limaye's singing performance during the audition impressed two coaches enough to turn around. Kavya opted to join the team after both Judges had given their best pitches, Neeti Mohan. She received the first runner-up spot and a prize of 10 lakh rupees.

Kavya Limaye has become quite active in stage performances and events after becoming famous. She participated in significant cooperation in 2022 with some amazing artists in the stunning city of Budapest, Hungary. She recorded her debut single, Krishna, with these musicians.

Kavya Limaye recently made a comeback on national television during the 13th season of Indian Idol auditions. She once more won over the judges' favour and earned a spot among the top competitors.

Young vocalists between the ages of 6 and 14 will get the chance to display their skill in front of a large audience nationwide throughout the performance. Blind auditions, battle rounds, and live performance events make up the three parts of the franchise show The Voice.

The blind auditions, where performers perform in front of judges and coaches, are the first step. Teams of candidates are selected in a blind audition process by four coaches, who are all well-known recording artists. The auditioner's performance, which lasts for roughly 90 seconds, gives each coach time to determine whether they want the singer on their squad. By pressing the I WANT YOU button next to their chair, coaches can indicate if they are happy with an artist's voice and want to guide them for the next round. With the chair now facing the stage, the coach can finally watch the performer once they have finished their song. The vocalist chooses their coach if two or more coaches are interested in the same performer.

In the Battle Round, the second stage of the competition, each team of singers is then guided and improved by their coach. By offering them guidance and disclosing their insider knowledge of the music business, the team coaches to aid in the development of their musicians. The coaches set up a singing competition between two of their own players. The team member that moves on to the next phase is chosen by the coach.

The remaining seven members of each team compete individually at the third stage, Live Shows, in an effort to entertain the audience and the judges.

The winner of The Voice India Kids' inaugural competition was Nishtha Sharma of Uttar Pradesh. She represented Team Neeti Mohan as a contender. Along with a Rs. 25,00,000 check and a recording deal from Universal Music, she was given. The season's first and second runners up were Kavya Limaye (Team Neeti) and Pooja Insa (Team Shaan), respectively.

The Pop Idol format in the Hindi language is named Indian Idol, a programme that is a part of the Indian Idol franchise. The broadcast of it began in 2004 on Sony Entertainment Television. A spin-off series named Indian Idol Junior took over the show's seventh and eighth seasons. On August 15, 2021, Pawandeep Rajan finally won Indian Idol's 12th season.

Starting in July 2022, Indian Idol 13's Ground Auditions were held. On September 10, 2022, it officially began. The judges for the competition are Himesh Reshamiyan, Neha Kakkar, and Vishal Dadlani. The event's host is Aditya Narayan. Kavya Limaye is a contestant in the show and she has been delivering outstanding performances and mesmerising the audience.

Kavya Limaye is an Indian Vocalist, playback singer, and reality TV star. She made a breakthrough in 2016 after competing on The Voice India Kids and finishing in second place. She gained notoriety in 2022 as a result of her participation in the 13th season of the singing competition show Indian Idol.

Kavya Limaye’s net worth is estimated to be approximately $ 25000 US or 1.5 Crores INR, as of 2022. Singing is her main source of income. In addition to participating in reality TV shows, she has published a song titled Krishna.

Kavya Limaye also does various stage performances and gigs. In addition to this, she promotes various brands and products on her social media pages which generates substantial income. These activities have helped her increase her net worth.

Who is Kavya Limaye?

Kavya Limaye is an Indian singer. She rose to fame for appearing in the Reality Shows The Voice India Kids and Indion Idol.

What is Kavya Limaye's age?

What is Kavya Limaye’s birthplace?

What is Kavya Limaye’s mother’s name?

What is the name of Kavya Limaye’s School?

Which year did Kavya Limaye debut?

Kavya Limaye debuted in the year 2016 with the show The Voice India Kids.

What is Kavya Limaye’s height?

What do Kavya Limaye’s parents do?

What is Kavya Limaye’s religion?

When is Kavya Limaye's birthday?

What is Kavya Limaye’s father’s name?

What is Kavya Limaye’s educational qualification?

Does Anuhska Patra have any siblings?

No, Kavya Limaye is an only child.

Where did Kavya Limaye learn singing?

Kavya Limaye received her initial singing lessons from her parents.

At what age did Kavya Limaye give her first stage performance?

Kavya Limaye gave her first stage performance at the age of 7.

No, Kavya Limaye is not a vegetarian.
×