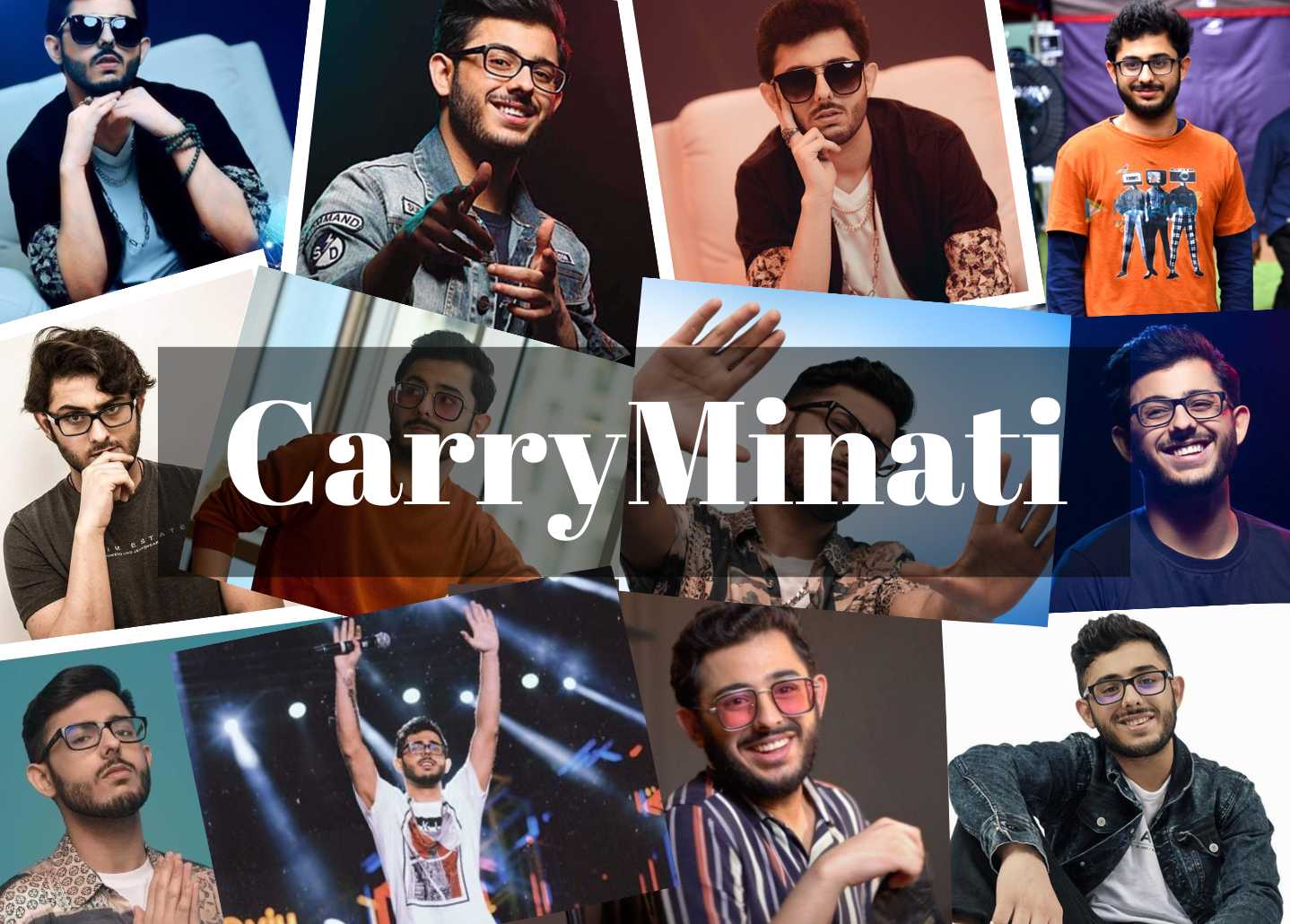 Carryminati is an Indian Youtuber. Carryminati was a member of Forbes' 30 Under 30 Asia list in April 2020. Carryminati has 3.68 crores subscriber on his channel on youtube as of August 2022. 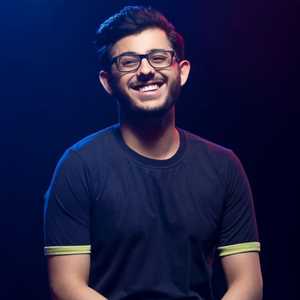 Ajey Nagar, also known as CarryMinati, is an Indian YouTuber and streamer from Faridabad, India. Carryminati was born on June 12, 1999. On his YouTube account CarryMinati, he is well known for his roasting videos, comedy sketches, and responses to numerous online topics. CarryisLive, his second channel, is devoted to games and live streams. 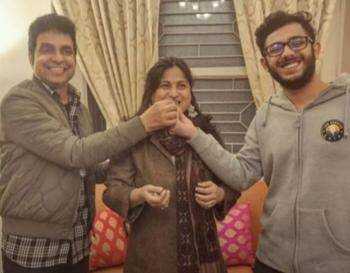 
Carryminati follows Hinduism and has a tattoo of Om Nama Shivai on his right arm. 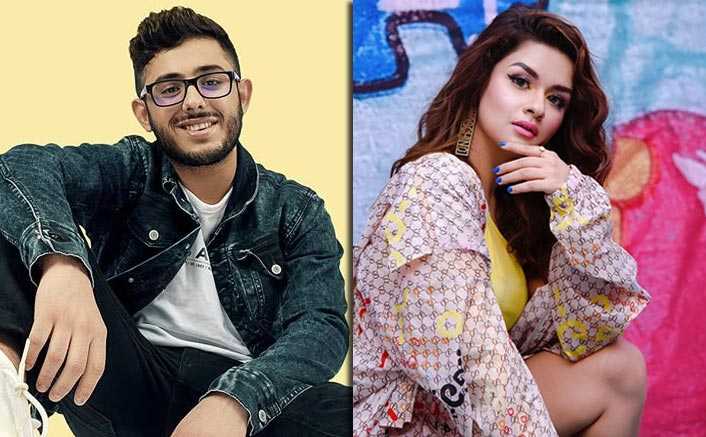 While CarryMinati occasionally gets headlines for his roasts, the YouTuber is in the spotlight because of a link-up rumor. According to the most recent allegation, Avneet Kaur, a popular TikTok user, and the YouTube phenomenon are allegedly having a disagreement. Avneet's Instagram photo is what started the rumors.

Avneet, who works as an actor, is regarded as the TikTok queen. On the other hand, Carry whose original name is Ajey Nagar maintains an audience as big as 30 Million subscribers on YouTube. The two coming together in that situation is a major event.

Avneet Kaur posted a photo of herself online along with a remark that made reference to CarryMinati, which started the rumors. Avneet commented on the image, Carryminati ke roast jaisi hit hai. #chocolate Gym daily jaaye billo fit fit fit hai.

Although none of the celebrities has publicly addressed the link-up rumors.

The home of Carryminati is in Faridabad, which is close to New Delhi, the capital of India. Popularly known as CarryMinati, Ajey Nagar specializes in live gaming as well as Hindi-language roasting and comedy videos, diss songs, and sarcastic parodies. Ajey Nagar works with his team to create videos from their Faridabad house.

Carryminati started uploading videos to YouTube when he was ten years old. Since 2014, his primary YouTube channel has been operational. In 2014, Carryminati’s channel was called AddictedA1, and he uploaded video gaming footage as well as his responses to the action. He renamed the channel CarryDeol in 2015 and started uploading gameplay videos of Counter-Strike: Global Offensive while imitating Sunny Deol.

Carryminati started a second YouTube channel in 2017 called CarryIsLive where he streams himself playing video games live. In order to help those affected by the flooding in Assam and Bihar in 2020 and the cyclone Fani in Odisha in 2019, he has hosted live streams on this channel.

Carryminati was named in the top ten of Time magazine's annual list of ten young individuals who build creative careers in 2019, the Next Generation Leaders, at position 10 in 2019.

Carryminati made a cameo role in the 2022 film Runway 34 as himself. 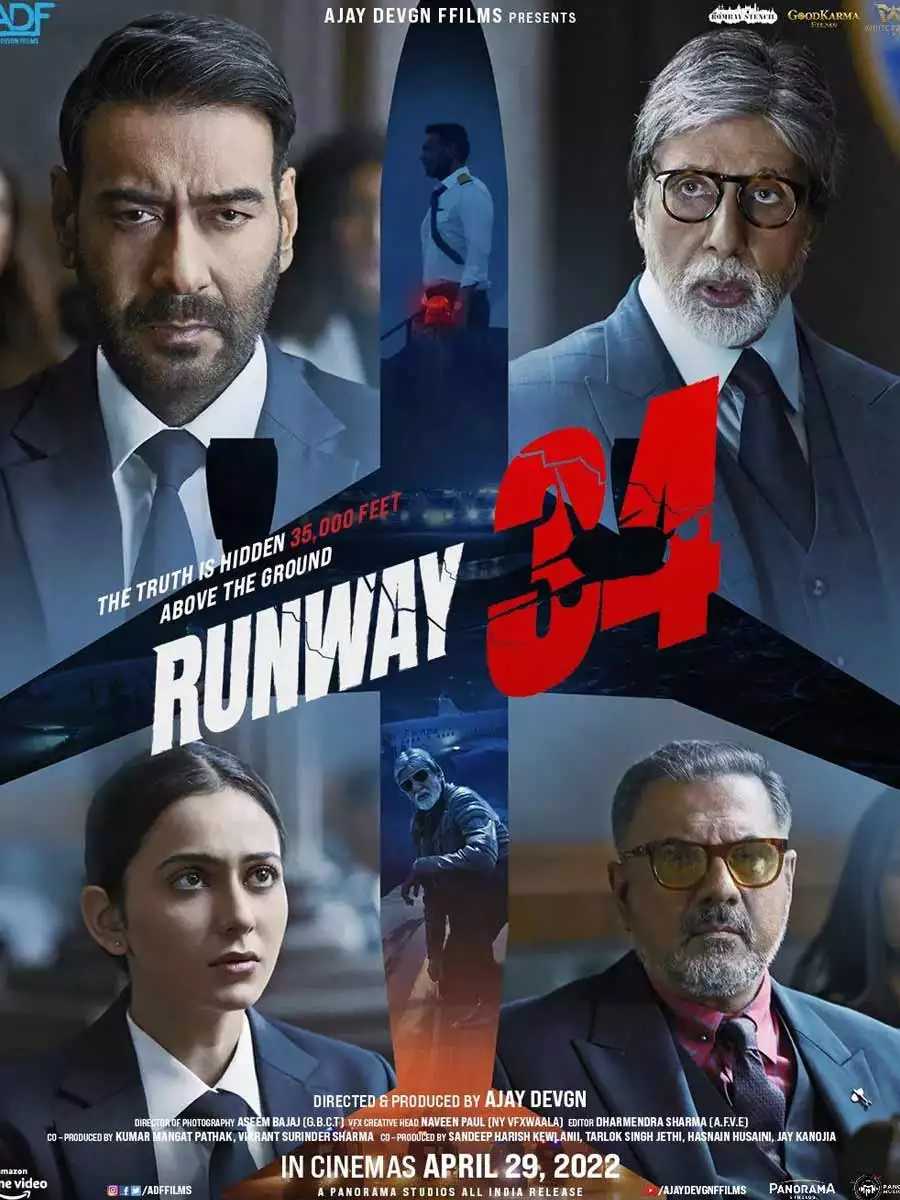 Tanya Alburquerque and Vikrant Khanna, the co-pilot, are flying a plane with 150 passengers and personnel from Dubai to Kochi. The flight travels without incident, but when it gets close to its destination, the weather suddenly deteriorates due to heavy rains and a cyclone, giving Vikrant a hangover from his overnight party and making him a little restless. Vikrant Khanna is instructed to divert the airplane to Bangalore by the aviation department, but Vikrant decides to take a chance and tries landing in Kochi three times without success.

The aviation department fails to warn them that the hurricane has approached Trivandrum and all flights have been diverted, so Vikrant decides to land in Trivandrum with the remaining fuel aboard the aircraft. By the time the plane reaches Trivandrum, the storm has already begun to approach, there is no visibility at all, and the fuel is running low. In this circumstance, Vikrant's primary concern is for everyone's safety, and he successfully lands the plane while narrowly avoiding a collision. As a hero to the passengers, Vikrant soon has a Narayan Vedant-led investigation into him and Tanya, his co-pilot.

Under the Ajay Devgn FFilms imprint, Ajay Devgn will produce and direct the 2022 Indian thriller movie titled Runway 34 in the Hindi language. The 2015 event involving a Jet Airways flight from Doha to Kochi served as the basis for the movie. In addition to Boman Irani, Angira Dhar, and Aakanksha Singh playing significant roles, the movie stars Ajay Devgn, Amitabh Bachchan, and Rakul Preet Singh.

Carryminati made a cameo appearance in this movie. 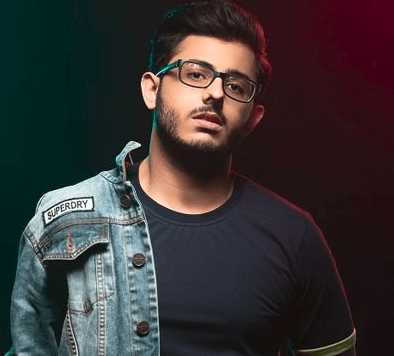 Carry demolished the very idea of award ceremonies, and to some extent, even Bollywood itself, by taking a machine gun to the institution that is the Filmfare Awards.

Carryminati uses punchlines that are biting, humorous, and ultimately genuine. 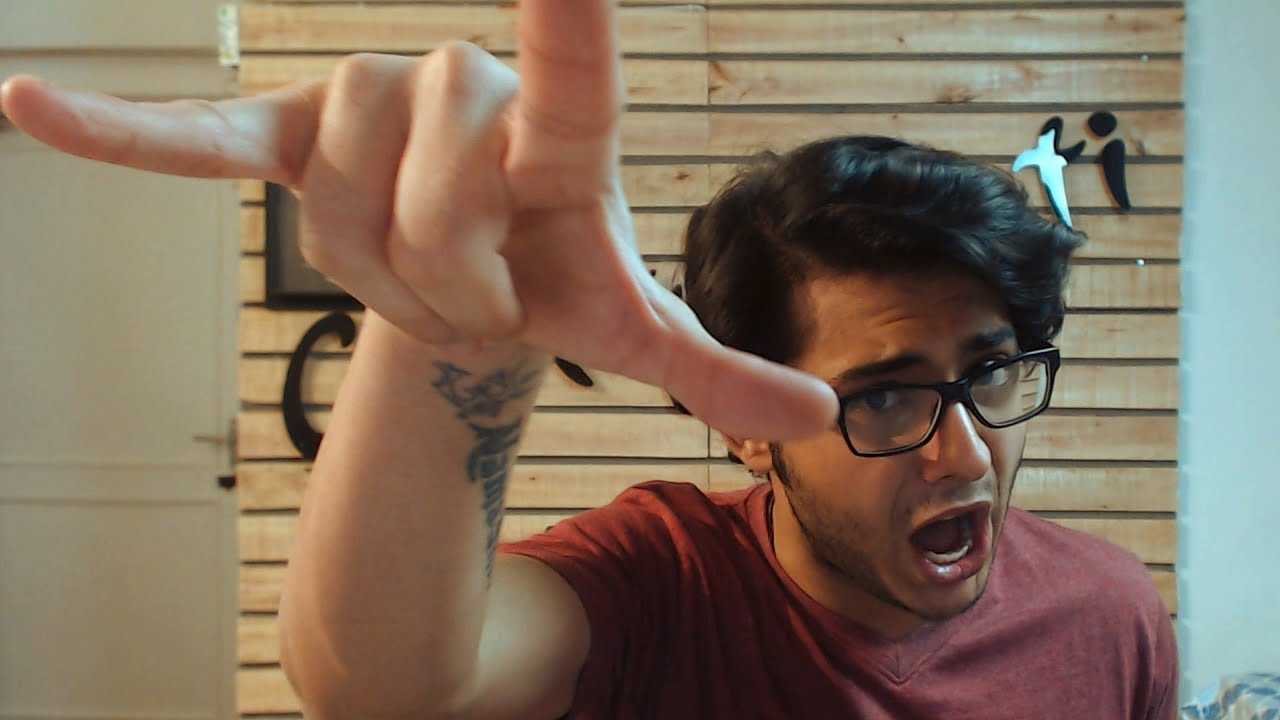 Remember He Who Shall Not Be Named, the prolific godman who was imprisoned in 2017 and whose followers then rioted in the streets like lunatics?

Carryminati produced a number of videos about him, all of which were obviously rejected. One of those films is still available on his channel, though. 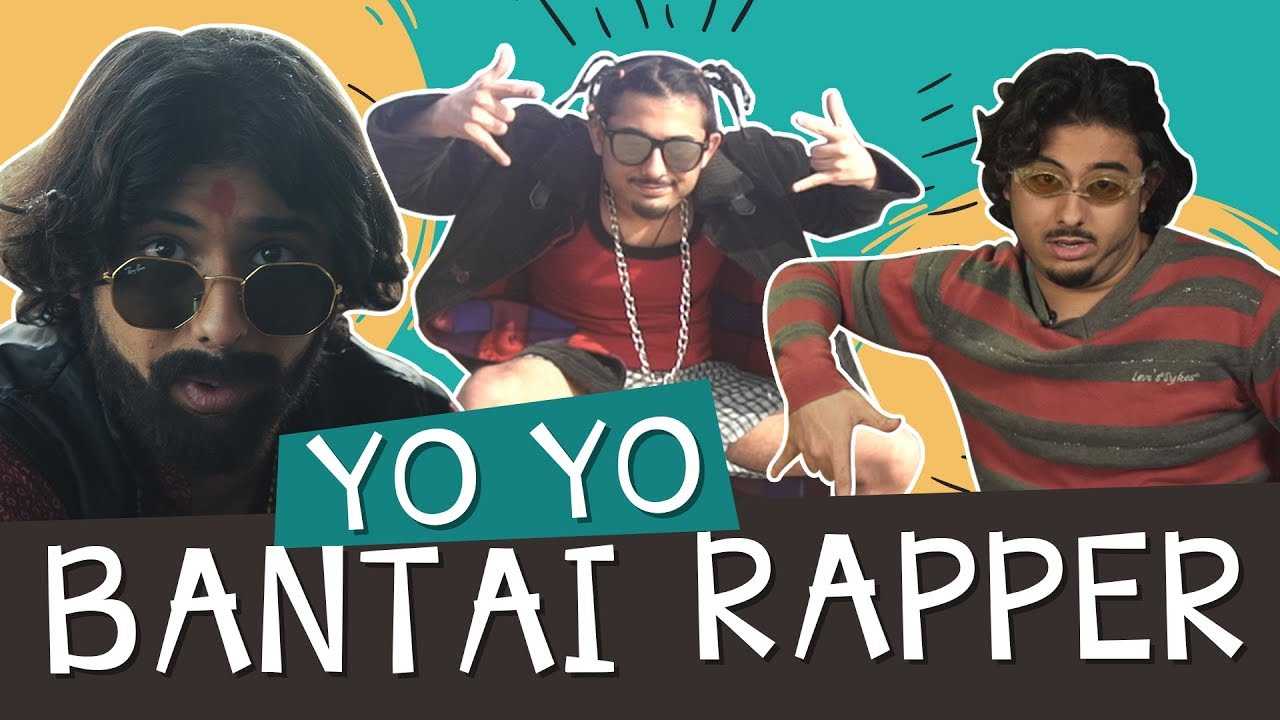 Success Story Of A Cringe Pop Artist is Carryminati’s funniest video by a long shot. We also got the Bantai Rapper character from it.

It's Yo Yo Bantai Rapper, I'm sorry. Naturally, since this is a CarryMinati video, there are some problems, but the way in which those problems are portrayed and handled is amusing as hell.

The film makes fun of India's Rap and Pop culture's fast rise and how anybody and everyone was referring to themselves as a rapper. The humorous song Charas ganjaa mereko pyaara is also worth mentioning. Simply put, it is amusing.

Carryminati released a new rap song called Yalgaar on YouTube in which he made fun of the trolls. The song is about his love of his job and his will to carry on doing it. Yalgaar also retaliated against the trolls who mocked the entire incident and demanded that CarryMinati change his ways.

Yalgaar, a song, broke the internet as soon as it was uploaded to YouTube. Fans and detractors of CarryMinati were quick to share and make memes about it. CarryMinati provides his perspective on the YouTube and TikTok dispute in the song.

Carryminati also made fun of individuals who turned on him throughout the incident rather than supporting him. CarryMinati starts his rap with his catchphrase, Toh Kaise Hain Aap Loh, and ends it with Carry Roast Karega. 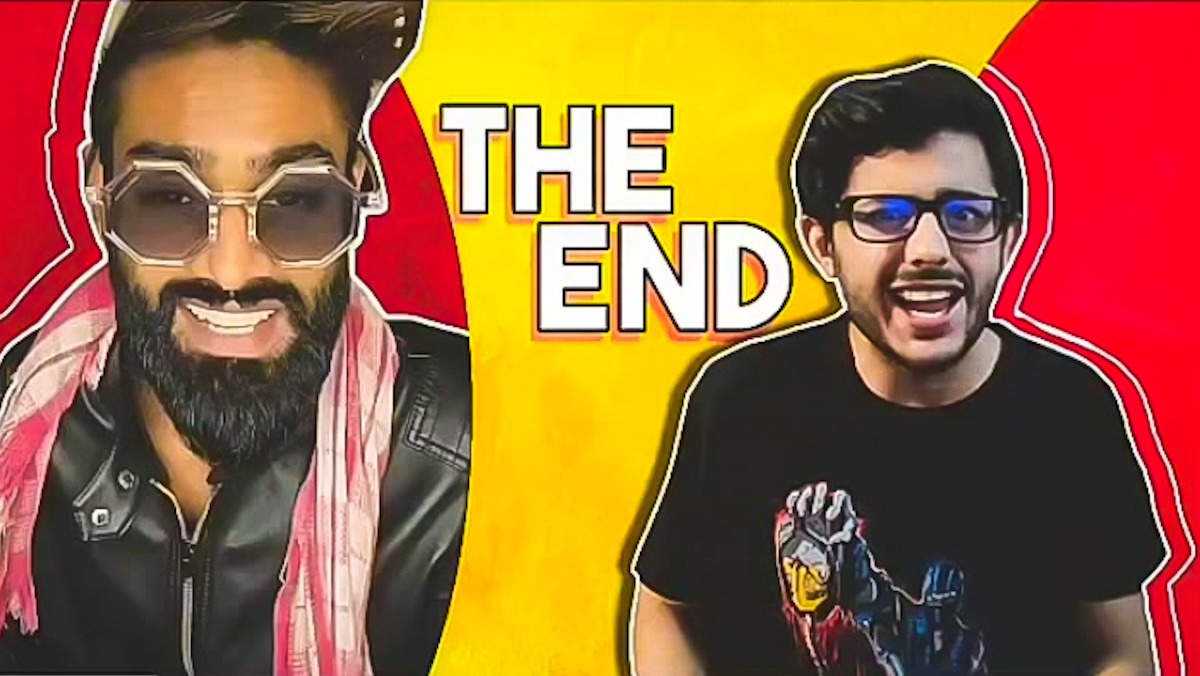 Popular Indian YouTuber Ajey Nagar (also known as CarryMinati), who is well-known for his roasts in India, is at the center of the dispute. He uploaded a video to YouTube titled YouTube vs. TikTok: The End.

After being uploaded, the video received nearly 2 million views in just two hours. With millions of views, likes, and comments, it went viral in India. The initial video was removed. The same video has been posted on YouTube by some other YouTubers.

Amir Siddiqui, a TikToker, discusses the cringe content on TikTok in this now-deleted video in which CarryMinati insulted him. CarryMinati reportedly refers to Amir as beti, meetha, and Pari when ridiculing him.

Additionally, it is claimed that Amir Siddique's face was inappropriately inserted into a scenario in the first 30 seconds of the film that makes a derogatory reference to the queer community. The video, which was widely circulated, contained numerous transphobic and homophobic slurs as well as other nasty languages. 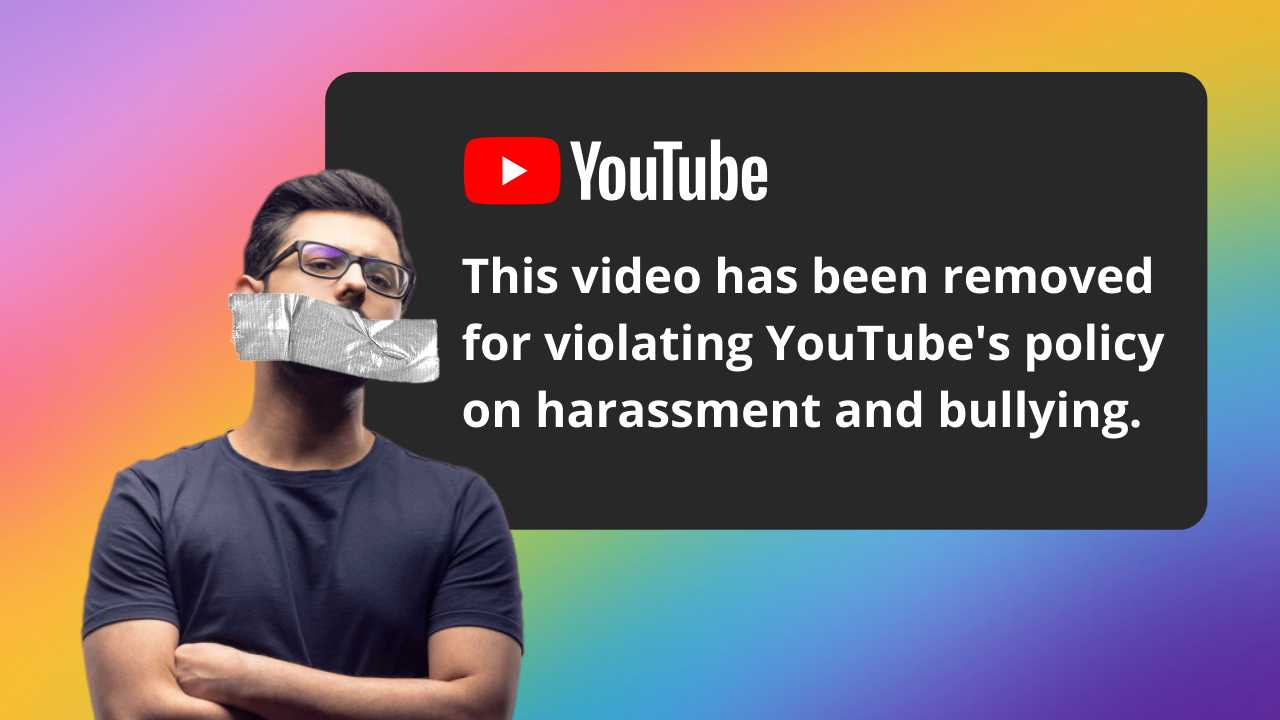 This year, CarryMinati courted one of the greatest controversies in recent memory when his TikToker Amir Siddiqui roast video titled YouTube vs. TikTok- The End went viral for all the wrong reasons, mostly. CarryMinati was accused of cyberbullying and homophobia based on the content of the video.

In the end, YouTube removed the video for breaking its content guidelines. Later, Ajey clarified his remarks and claimed that they had been misinterpreted, but his supporters raised more commotion by uninstalling TikTok and calling for CarryMinati's YouTube to be reinstated.

For certainly, this one wins the prize for the largest CarryMinati dispute.

The rap song Yalgaar is accused of plagiarism. 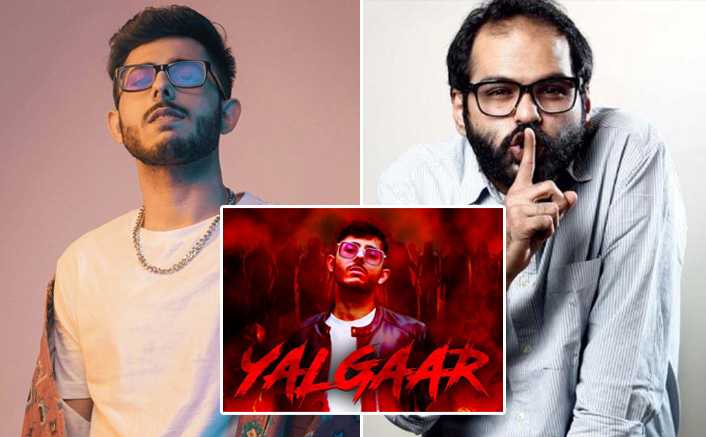 CarryMinati released a ferocious rap shortly after the YouTube-TikTok scandal to counter trolls and critics who sought to discredit him over the issue and to celebrate the removal of his popular video.

The song, titled Yalgaar Ho, discussed his life and how he held that no amount of prejudice or deceit could ever bring him down and invalidate his efforts.

But shortly after the song was released, comedian Kunal Kamra, who had previously mocked CarryMinati for his videos, claimed that the music had been lifted verbatim from rapper-singer Babu Haabi's 2016 single Bobocanta.

CarryMinati's second gaming YouTube channel, CarryisLive, was compromised in July. The hackers apparently attempted to use the site to execute a cryptocurrency fraud by asking CarryMinati's followers to give Bitcoins to a certain link and even changing the channel's description to do this.

The channel was later restored after Minati contacted YouTube. Fans of CarryMinati weren't particularly angry with him for the charity fraud, but they were turned off by how simple it was to fall for YouTube's security claims. 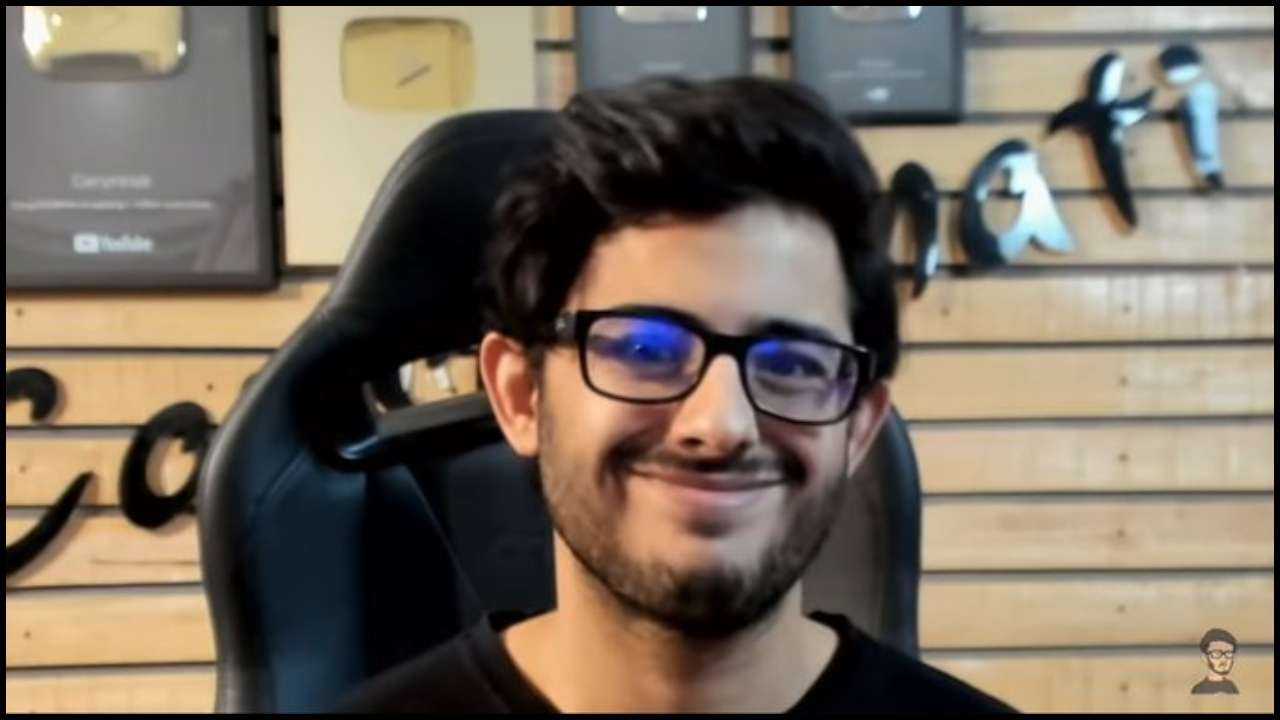 CarryMinati made headlines once more after getting involved in a number of issues when he uploaded his profanity-filled film titled The Art Of Bad Words to YouTube.

In response to the streaming service removing his contentious video, Minati verbally attacked YouTube, Kunal Kamra, Bollywood, and even the Chinese apps that were being blocked.

While the majority of his admirers enjoyed the roast for its comedic punch, many were turned off by the video's frequent use of expletives and wondered why people liked the guy so much.

Carryminati was Rumored to Be Entering Bigg Boss 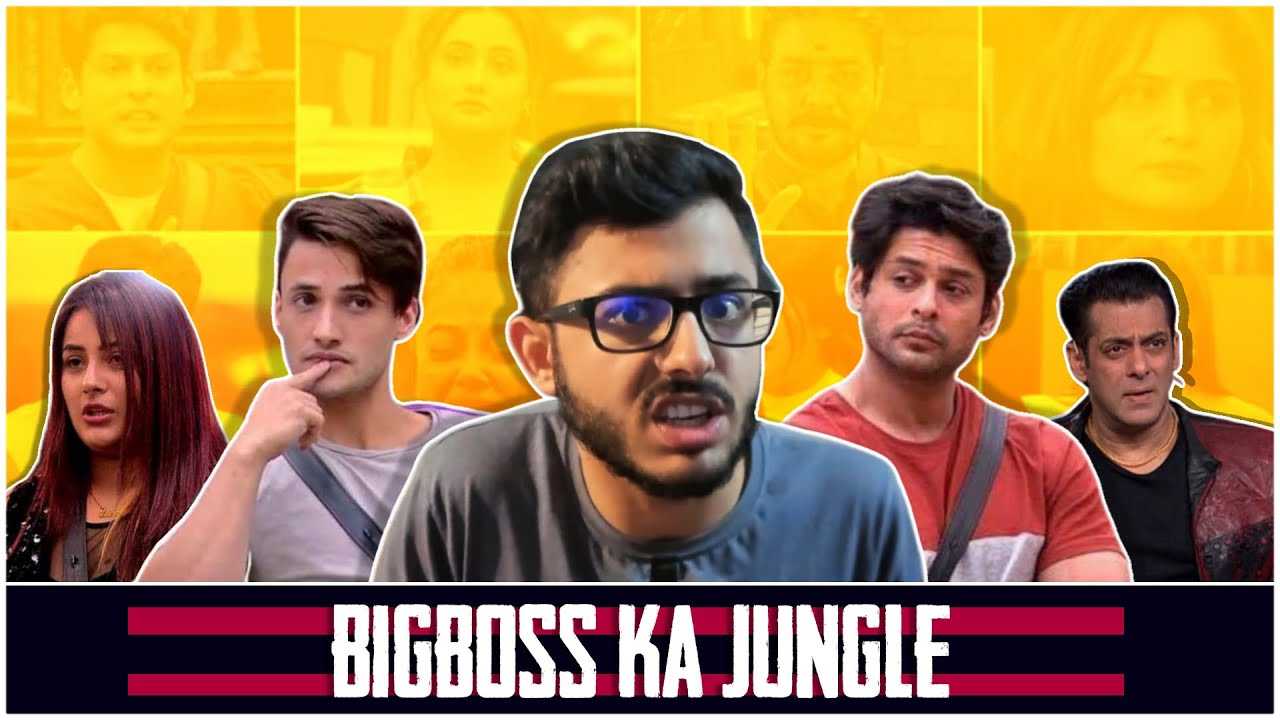 CarryMinati is currently trending on social media due to rumors that he appeared on the hit reality TV series Bigg Boss. According to recent tabloid sources, the YouTuber will enter the Bigg Boss house after his 14-day quarantine in Mumbai is up.

Because CarryMinati had previously criticized the program, the announcement infuriated his supporters, who thought it was inappropriate for him to be associated with Bigg Boss 14. People even questioned why he broke his word and altered his position on the program. 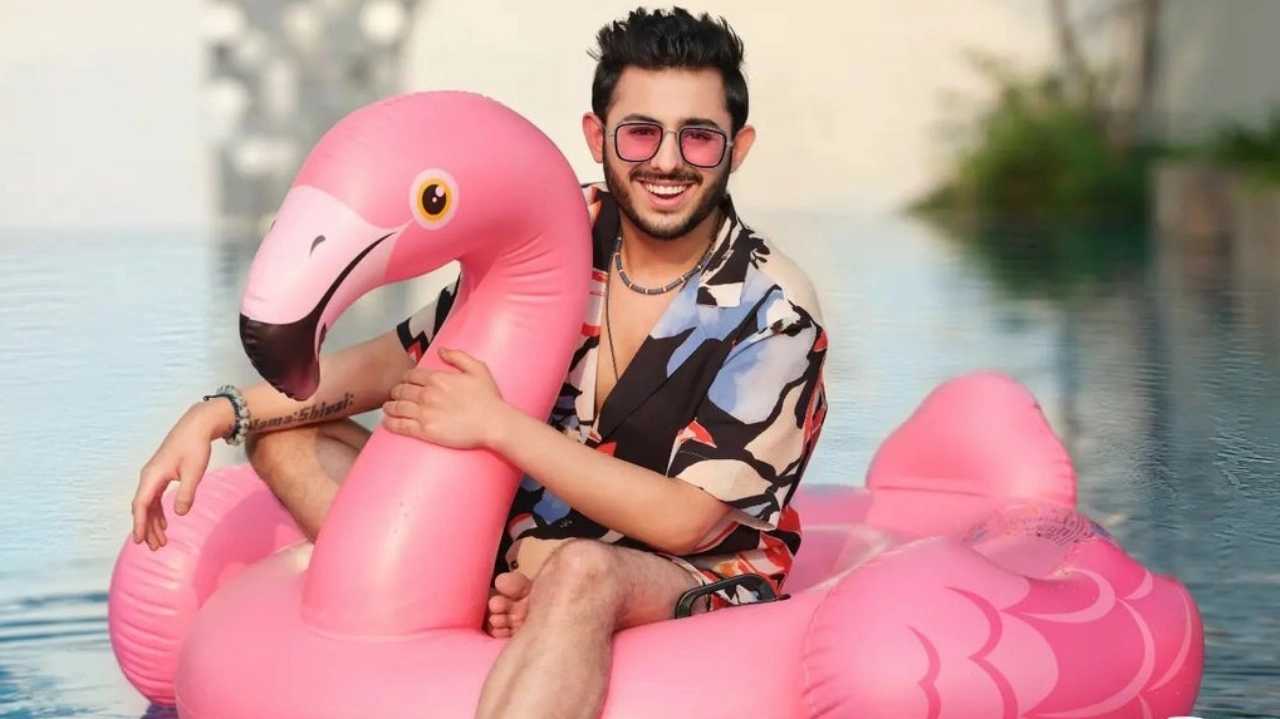 An Indian YouTuber named CarryMinati has a $4 million net worth (Rs. 31 Crores). You must have been familiar with CarryMinati if you use YouTube. The previous few days have seen a lot of discussion on CarryMinati, also known as Ajay Nagar, on YouTube, Twitter, and Instagram. Through one of his most recent Tiktok videos, Youtube vs. Tiktok: The End, he has gained public notice. He mocked Aamir Siddiqui, a popular Tiktok user, in this video. The rate at which this video went viral on YouTube shattered all previous records.

CarryMinati is thought to have a net worth of about $4 million (Rs. 31 Crores). His revenue comes from brand sponsorships, tie-in videos, and YouTube videos. It is impossible to estimate his revenue from YouTube because earnings rely on a variety of variables, including the number of views on his videos and the presence of adverts.

In more than 5 days, his video, YouTube vs. TIK TOK, has received more than 65 million views and 10 million likes. He has spoken with several of the celebrities on the list, including adolescent campaigner Greta Thunberg, actor Tessa Thompson, Henry Cavil, and Tom Cruise. 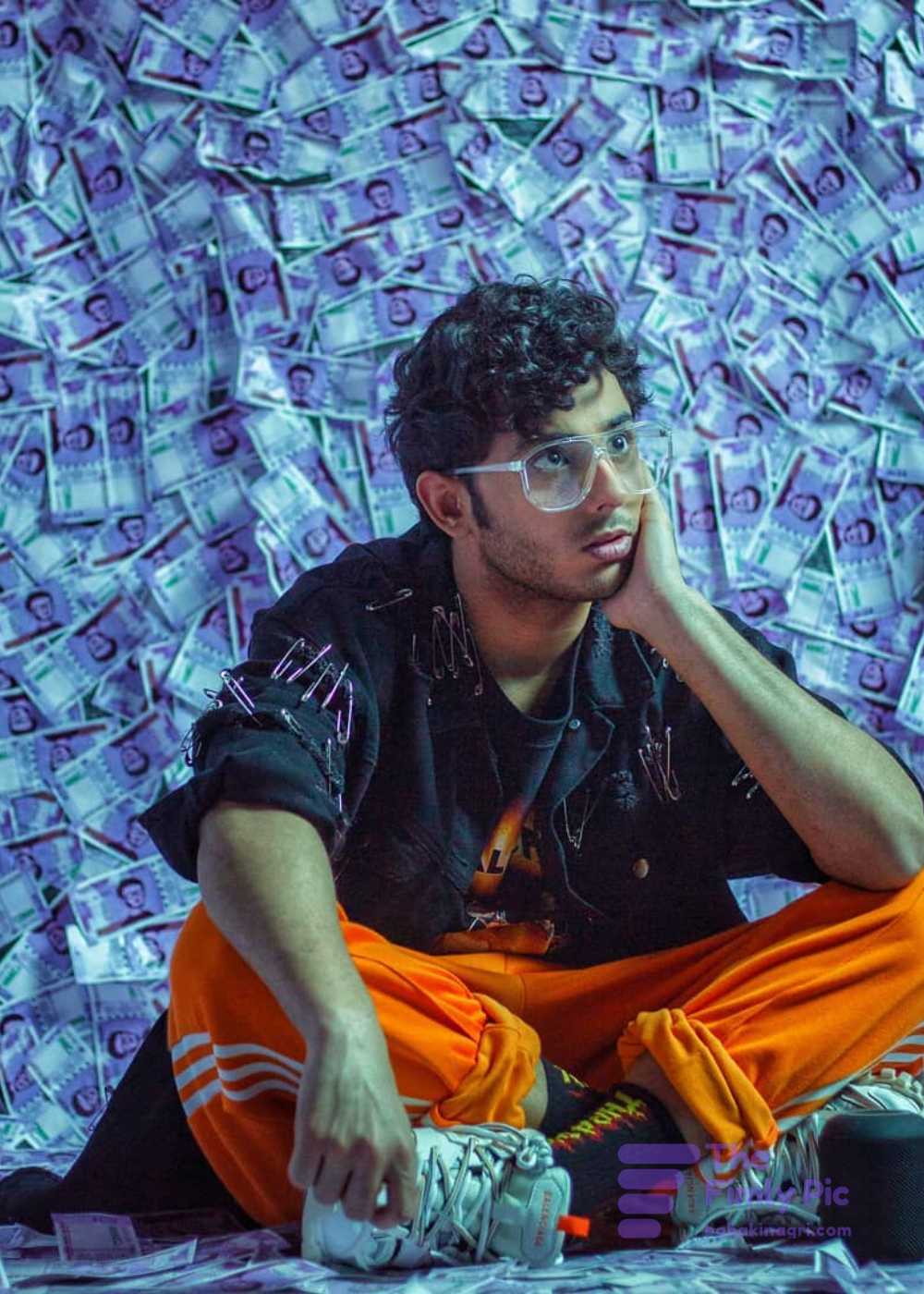 Carryminati is a Youtuber in India.

What is Carryminati's net worth?

The value of Carryminati's net worth in Indian rupees is 31 Crores or $4 million in US dollars in 2022.

What are the best movies of Carryminati?

Carryminati’s salary is 16 lakhs per month.

What is the first movie of Carryminati?

What are Carryminati’s famous videos?

Yes. Carryminati has a total net worth of 31 crores rupees.

What is real name of Carryminati ?