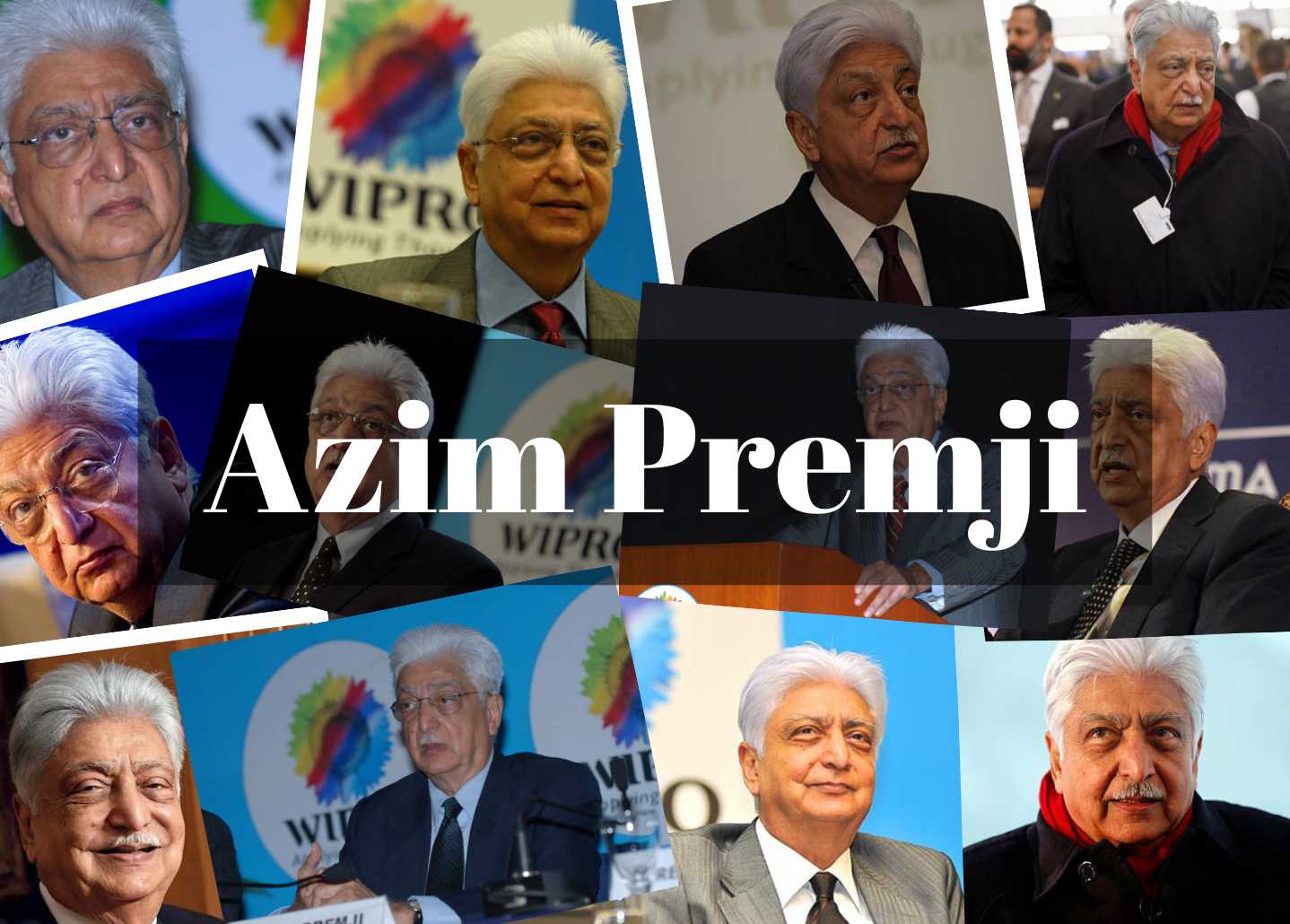 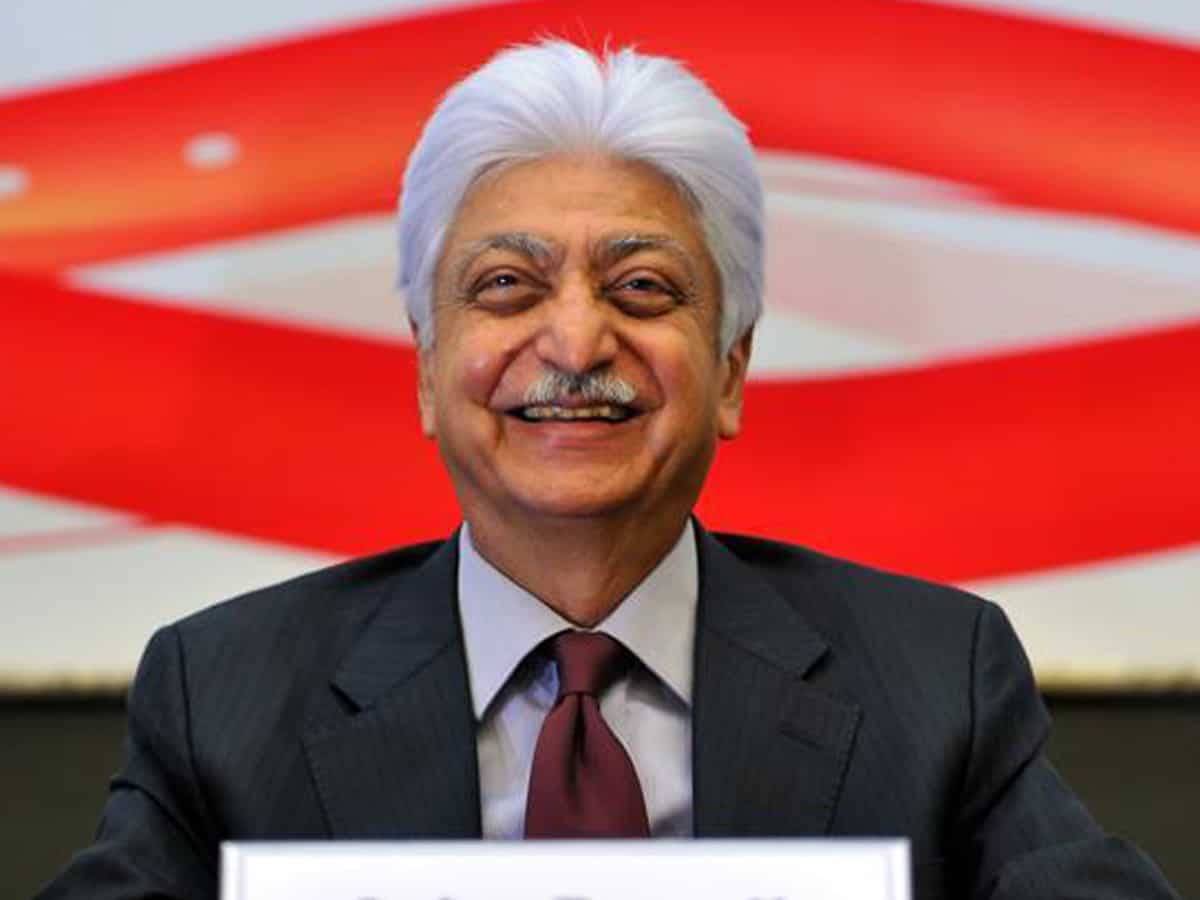 Azim Hashim Premji, an Indian businessman, investor, engineer, and philanthropist, was the chairman of Wipro Limited. Azim Premji birthdate is on July 24, 1945. Premji is still the founding chairman and a non-executive member of the board. He is referred to colloquially as the Czar of the Indian IT Sector. He was in charge of leading Wipro through four decades of expansion and diversification so that it could eventually become one of the world leaders in the software sector. Azim Premji zodiac sign is Leo. Azim Premji hobbies are Hiking, Jogging, and playing golf. Azim Premji Religion is Islam.

He was named one of Asia week’s top 20 most powerful men in the globe in 2010. Time magazine has included him on its list of the 100 most important people, once in 2004 and more recently in 2011. He has long been named one of The 500 Most Influential Muslims. He is also the Chancellor of Bangalore's Azim Premji University. The Government of India presents Premji with the Padma Vibhushan, the second-highest civil award in India.
According to the Bloomberg Billionaires Index, he has an estimated net worth of $32.8 billion, making him one of the wealthiest people in India.

By signing the Giving Pledge in 2013, he committed to giving away at least half of his wealth. Premji began by giving the $2.2 billion Azim Premji Foundation, which supports education in India. He came in first place on the 2020 EdelGive Hurun India Philanthropy List. After giving away a significant sum of money to charity in 2019, he fell from the second position on the Forbes India Rich list to the seventeenth position.

The Azim Premji Foundation, managed by Mr. Azim Premji, is a non-profit organization that has been assisting rural government schools with elementary education for the past 17 years. He has received recognition as both one of the nation's powerful men and the most influential individual. 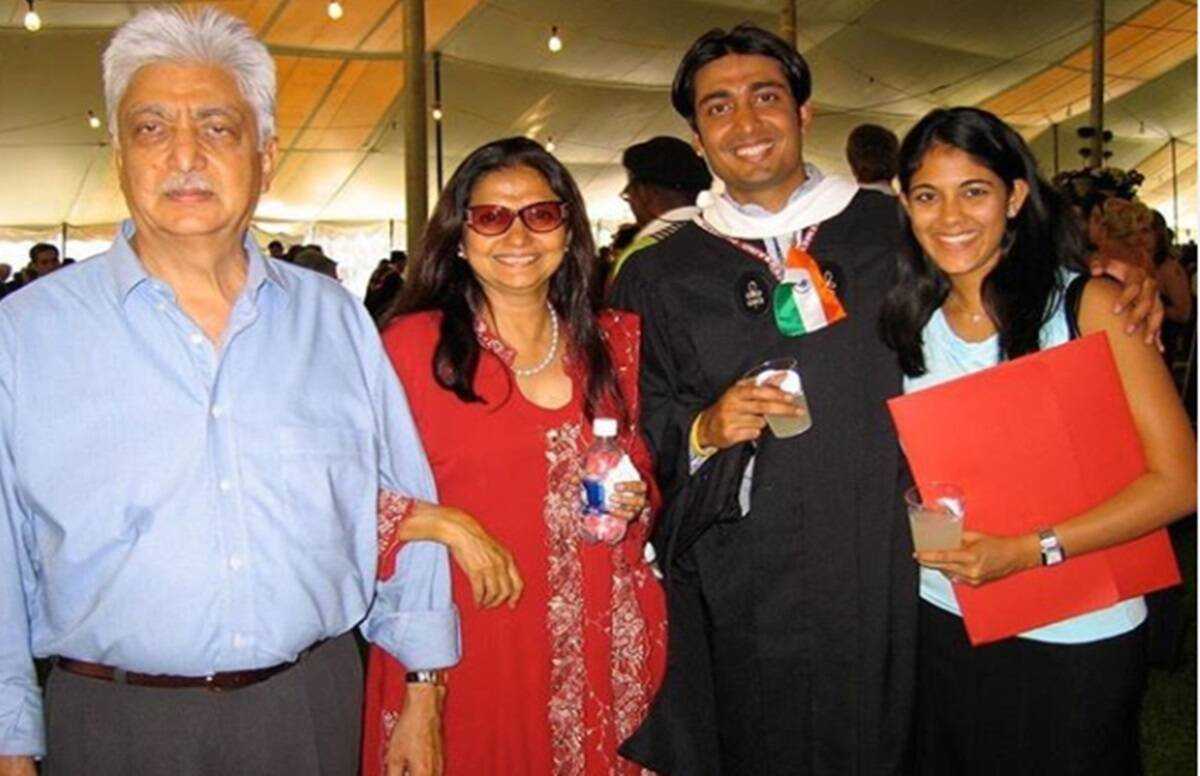 Azim Premji is a well-known Indian businessman. He is both a philanthropist and the proprietor of Wipro Limited. He is reportedly India's third-largest outsourcer. He is the fourth wealthiest person in India and the 61st richest person in the world. Premji is renowned for his simple living and kind demeanor despite all of his outstanding accomplishments.

Azim Premji was born into a Gujarati Muslim household. Azim Premji's birthplace is in Bombay, India. Azim Premji's father is Mohamed Hashem Premji. His father, the Rice King of Burma, was a well-known merchant. The founder of Pakistan, Muhammad Ali Jinnah, sent an invitation to his father, Muhammad Hashem Premji, to visit Pakistan; however, he declined and opted to stay in India.

Premji graduated from Stanford University with a Bachelor of Science in Electrical Engineering. Yasmeen Premji is his wife. Azim premji children is Rishad and Tariq. Wipro's chief strategy officer at the moment is Rishad Premji. 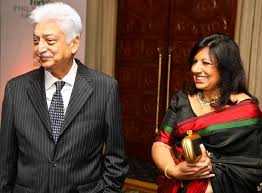 Author Yasmeen Premji is the wife of Azim Premji is a businessman from India. Yasmeen's marriage to Azim Premji brought her into a completely new world, although it was not different.

The principles of both families were similar, and Azim's mother, a strong, educated woman who was charitable and actively engaged in social work, was similar to her mother. Dr. Gulbanoo Premji would develop into Yasmeen's closest friend and philosopher.

Muhammed Hashim Premji established Western Indian Vegetable Products Ltd in 1945. The company is headquartered in Amalner, a tiny village in Maharashtra's Jalgaon district. It used to produce laundry soap with the brand name 787 as well as frying oil under the Sunflower Vanaspati label as a by-product. After learning of his father's passing in 1966, Azim Premji, who was 21 at the time and attending Stanford University to study engineering, went home to take over Wipro.

Inheriting Western Indian Vegetable Products Ltd, a manufacturer of hydrogenated cooking oil, Azim Premji turned it into Wipro, a provider of IT consulting and system integration services that are now among the biggest providers of IT services globally. As of March 2015, the corporation had operations in 67 nations and a market valuation of about $ 35 billion.

Recognizing the significance of the developing IT industry in the 1980s, the young businessman capitalized on the void left by IBM's departure from India, changed the company's name to Wipro, and entered the high-technology sector by producing minicomputers in technical cooperation with an American company, Sentinel Computer Corporation. Premji then concentrated on moving away from soaps and into the software. 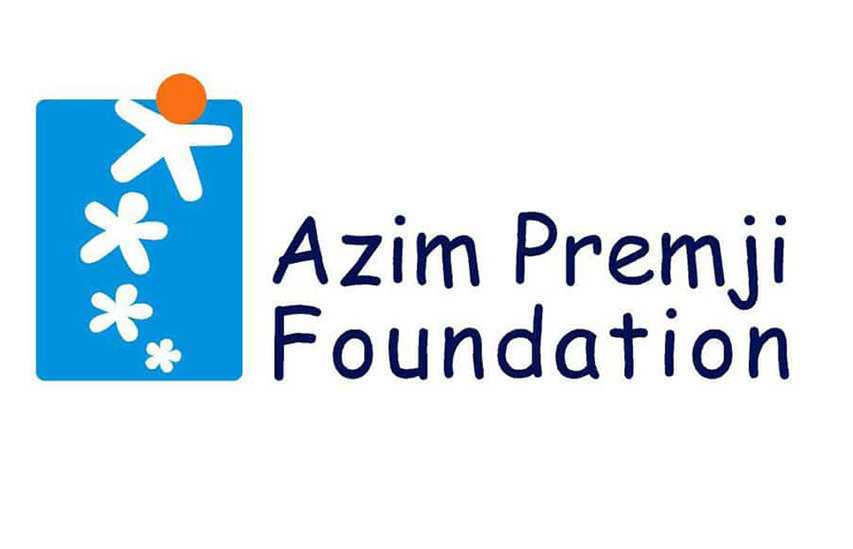 Azim Premji firmly believes in contributing to society. In 2001, he established the non-profit Azim Premji Foundation. To create a more just and sustainable society, he hopes to contribute through this foundation to ensure that all rural Indians have access to high-quality education. The organization runs programs in several states, including Bihar, Pondicherry, Rajasthan, Karnataka, and Rajasthan.

He claimed to have donated more than 25% of his wealth to charities as of April 2013. He donated a further 18% of his Wipro investment in July 2015, bringing his overall donation to date to 39 percent.His lifetime donations total more than US$21 billion. He was the first Indian to sign the Giving Pledge. Azim Premji rose to prominence as India's leading philanthropist in April 2019. 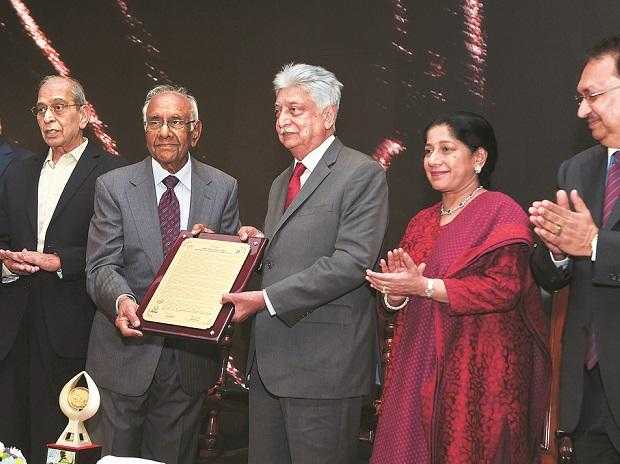 The current value of Azim Premji's net worth is $16.4 billion. Premji owns many more private funds in addition to 75% of Wipro. Many young people in India look up to him as an inspiration. His goal has always been clear: hard effort and vision would always produce the desired results.

The nation has produced some outstanding industrialists and merchants, but when it comes to dedication and output, Mr. Azim Premji is the first name that springs to mind. In addition, he is referred to as the Czar of the Indian IT sector.

Wipro, a provider of outsourcing and information technology services with more than 220,000 staff members, is headed by Premji, who is also the company's largest shareholder. After transferring shares valued at more than $4 billion to his foundation and private equity fund Premji Invest, he now holds majority ownership in the Bangalore, India-based company.Mr. Azim Premji is the chairman of one of India's largest business conglomerates, WIPRO, as well as a business tycoon, investor, and philanthropist. With a dedication to his principles and perseverance, he has transformed a 2-million-dollar hydrogenated cooking fat company into an 8-billion-dollar enterprise with operations in 58 nations.

Additionally, it has been noted that Mr. Premji's net worth has increased by 30% in recent years. In addition, Mr. Azim Premji owns 73 percent of Wipro and a private equity fund called Premji Invest, which looks after his portfolio, which is worth 2 billion USD.

Mr. Premji is a resident of Bangalore, India, where he owns a sumptuous mansion that he purchased in 2005. This real estate is thought to be worth 350 crore Indian rupees. Additionally, he is the owner of numerous real estate assets across the nation. Mr. Azim Premji is an automobile brand owner of McLaren, Toyota, BMW, Mercedes Benz, Bentley, and Rolls Royce. 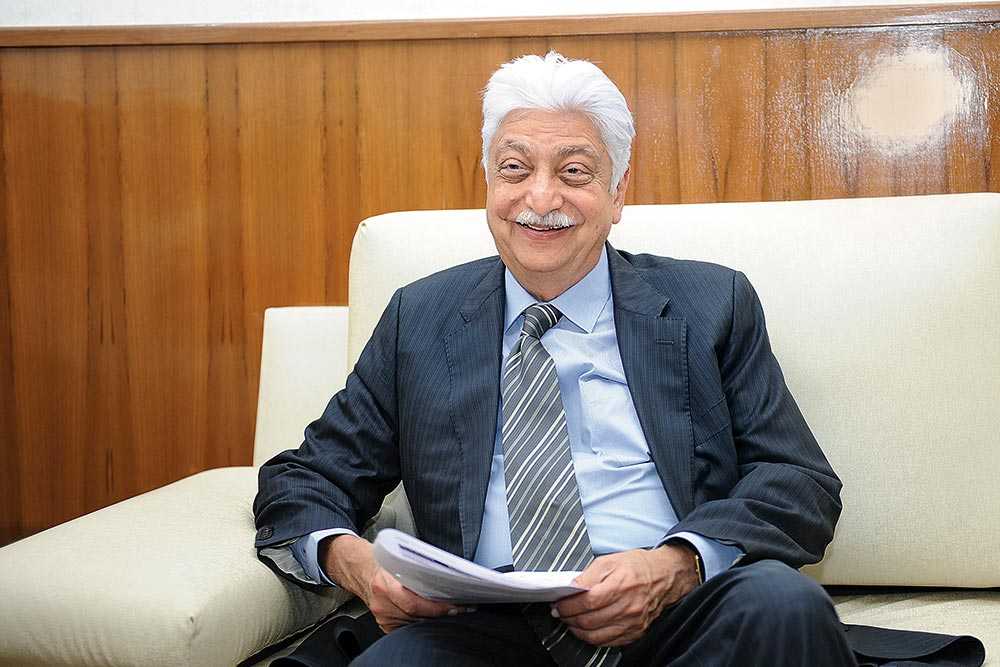 What is the real name of Azim Premji?

What is the profession of Azim Premji?

Azim Premji is an Indian Business Tycoon, Investor, and Philanthropist by profession.

What is the birthplace of Azim Premji?

From where did Azim Premji complete his schooling?

What is the religion of Azim Premji?

Yes, he is married.

Who is the favorite actor of Azim Premji?

What is the name of Azim Premji’s wife?

The name of Azim Premji’s wife is Yasmeen Premji (Author).

What is the nickname of Azim Premji?

The nickname of Azim Premji is Bill Gates of India.

What is the birth date of Azim Premji?

From where did Azim Premji complete his college?

What are the hobbies of Azim Premji?

What is the favorite food of Azim Premji?

Who is the favorite Businessman of Azim Premji?

What is the net worth of Azim Premji?