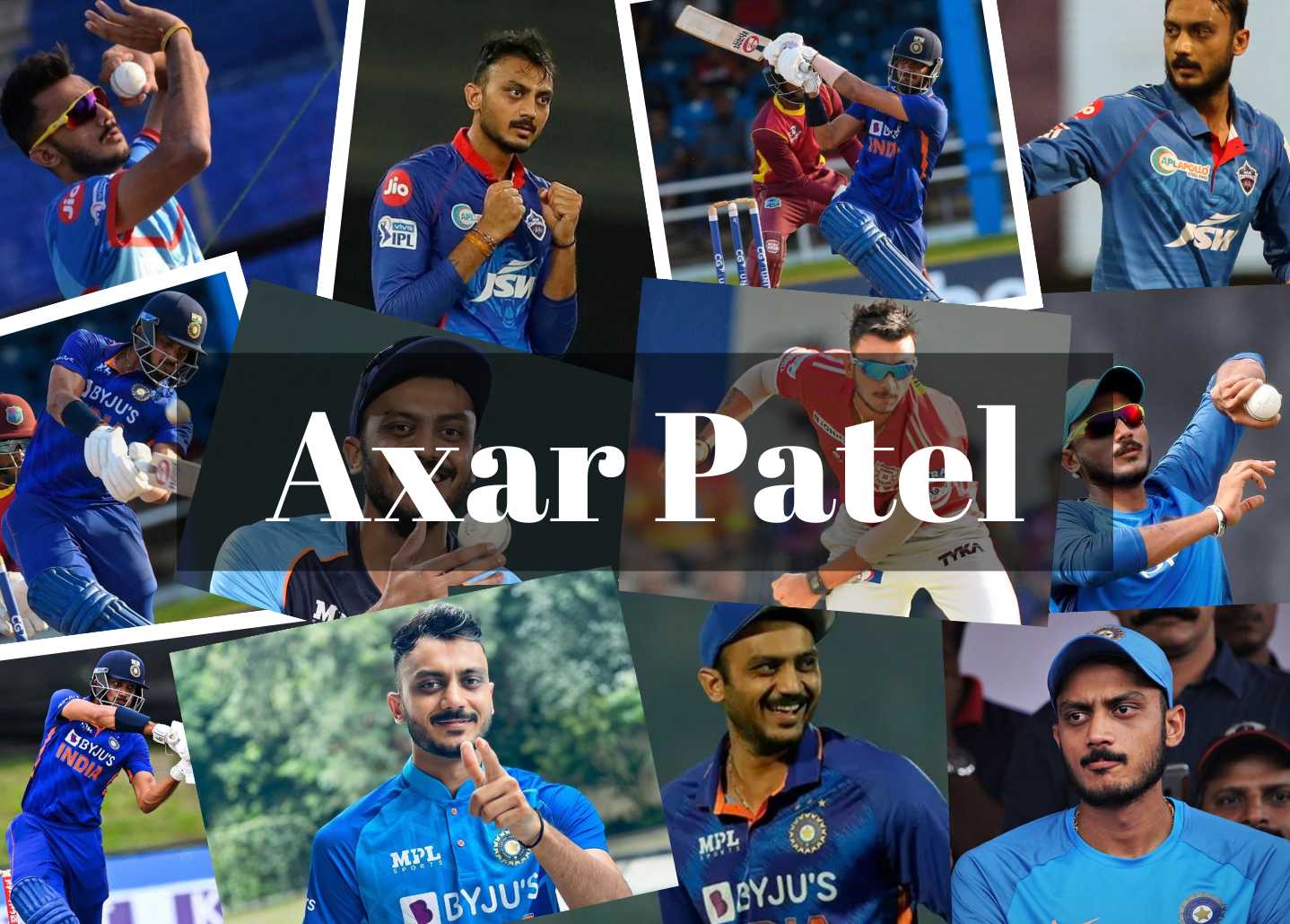 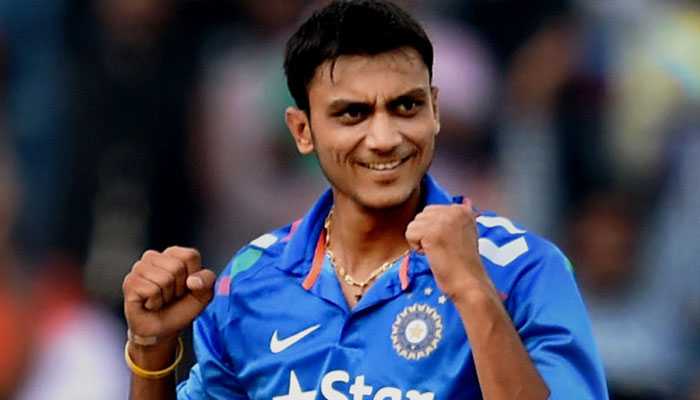 Axar Patel is a slow left-arm orthodox bowler and a left-handed batsman. On June 15, 2014, he played against Bangladesh in his first ODI. He was chosen for the 15-man Indian team that will compete in the 2015 Cricket World Cup in Australia and New Zealand. On February 13, 2021, he played his first Test match for India against England and claimed 7 wickets.

Axar Patel became the ninth Indian bowler to record a five-wicket haul on his Test cricket debut. He recorded his T20I career-best figures—3/9 (3) against New Zealand on November 21, 2021, and was named Man of the Match. 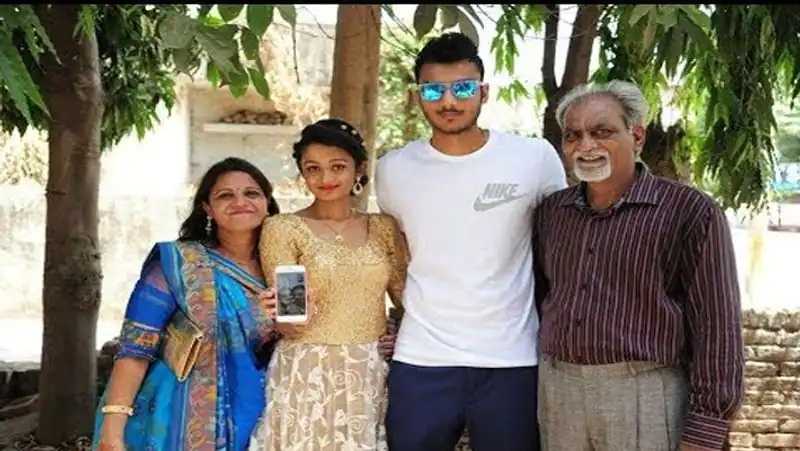 Rajesh Patel and Pritiben Patel had a son, Axar Patel, on January 20, 1984. His full name, which can also be spelled Akshar Patel, is Axar Rajeshbhai Patel. Axar Patel had no desire to play cricket; instead, he desired to become a mechanical engineer. But when he was 15 years old, a buddy encouraged him to participate in an interschool competition after noticing his flair for cricket.

In January 2022, on the day of his birthday, Axar Patel proposed to his girlfriend Meha. Meha was born in Nadiad, Gujarat, and works as a dietitian and nutritionist. On the UK trip, Meha was also spotted with Axar Patel.

On January 20, the Indian all-rounder Axar Patel turned 28. Numerous people sent him birthday greetings. The southpaw enhanced the significance of the day for himself by proposing to his girlfriend Meha. Patel posted several images of himself and his girlfriend on Instagram, and the comment area was inundated with congratulations. Yuzvendra Chahal, a leg-spinner, also extended his best wishes.

Chintan Gaja, an Axar teammate from Gujarat, was among the first people to post the good news on social media. He posted a few images from the event on his Instagram stories. The left-arm spinner can be seen getting down on one knee to propose to his life partner in the pictures. Axar had even created a large heart-shaped sign that read Marry Me and was surrounded by flowers.

It was a unique proposal, and Meha obviously appreciated Axar's thoughtfulness. The spinner officially announced the news on his social media pages as well. The new beginning of our lives Together & Forever begins today. Love you forever, was said in the post's caption. 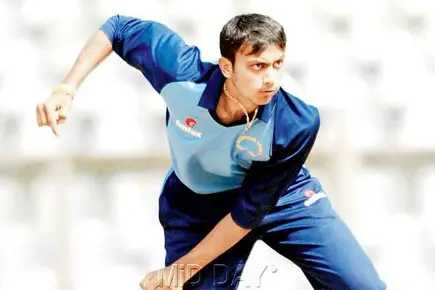 In the first innings of his second first-class match against Delhi in November 2013, Patel had 6 for 55. He had never previously taken five wickets. Patel only appeared in one first-class game for Gujarat in his inaugural season, but he performed better in 2013. The left-arm spinner, which was predominantly a bowling all-rounder, signed his maiden IPL deal with Mumbai Indians prior to the 2013 IPL, but he spent the entire season on the sidelines.

With seven wickets, including a four-for against UAE in the semi-final, he was one of the major factors in the India Under-23s' 2013 ACC Emerging Teams Cup championship victory. In the 2013–14 Ranji Trophy, he was one of Gujarat's more reliable players, ending the campaign with 369 runs at an average of 46.12 and 29 wickets at 23.58. He was selected as the BCCI Under-19 cricketer of the year for the 2012–2013 campaign in the early months of 2014. 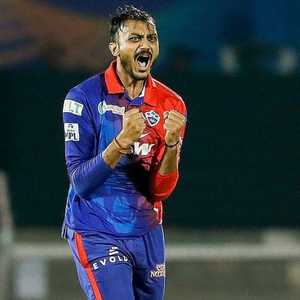 After signing with the IPL team Mumbai Indians in 2013, Axar Patel did not play until the team released him. In 2014, Kings XI Punjab signed him, and he went on to have a successful season with 17 wickets. For the 2015 IPL season, the Kings XI Punjab kept him on staff. He took 13 wickets and scored 206 runs while batting deeper down the order for the Kings XI Punjab in 2015.

He got four wickets in five deliveries, including the first (and only) hat-trick of the 2016 IPL season, on May 1, 2016, in a game against the Gujarat Lions, enabling Kings XI Punjab to defeat the league-leading Gujarat Lions by 23 runs. Axar Patel became the second left-arm spinner, after Dilip Doshi, to take a five-for in his first Test, and the ninth Indian player overall to do so. He was acquired by the Delhi Capitals in the player auction for the 2019 Indian Premier League in December 2018. The Delhi Capitals kept him for the 2021 campaign. 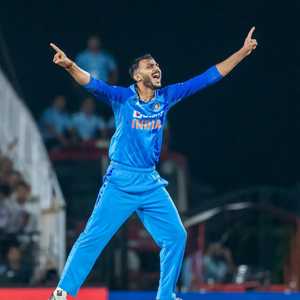 Axar Patel was given a spot in the Indian ODI team for the trip of Bangladesh following his outstanding play in the 2014 IPL. He made his ODI debut in the first game of the series at Sher-e-Bangla National Stadium and took 1/59 runs. He was one of the 15 players on India's World Cup team in 2015. On July 17, 2015, he played in his first Twenty20 international match against India against Zimbabwe. He was selected as a standby player for India's World Cup of Cricket roster.

Axar Patel was included in the Test team for India's series against England in January 2021. On February 13, 2021, he played his first Test against England, marking his return to international cricket after an almost three-year absence. Joe Root was the victim of his first international Test wicket.  He became the ninth Indian bowler to accomplish so on debut when he claimed a five-wicket haul in England's second innings of the same game. He finished as the second-highest wicket scorer of the series with 27 wickets in the three games he played in his debut series, taking them at a meager average of 10.59.  He scored his first Test half-century against New Zealand later that year.

Axar Patel was selected for the Indian team to compete in the ICC Men's T20 World Cup in September 2021. On October 13, 2021, Shardul Thakur took his position in India's team. Axar Patel was chosen for the Indian team in November 2021 in preparation for New Zealand's tour of India. Patel was included in the Indian team for their T20I series against Ireland in June 2022. Patel achieved his first ODI half-century against the West Indies on July 24, 2022. He was unbeaten after scoring 64 runs off 35 balls and added the game-winning six. 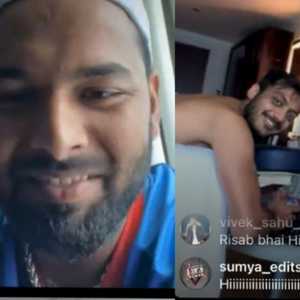 Rishabh Pant, an Indian wicketkeeper, and the batter was hosting a live session on his Instagram account at the time. In the live broadcast, a few Indian cricketers could be seen. In the meantime, everyone was in an awkward scenario as Pant attempted to communicate with Axar Patel in the live session.

The screenshot showing Patel appearing in the video without clothing quickly gained popularity on social media. Axar was quickly targeted by fans, who teased him with amusing and entertaining comments. 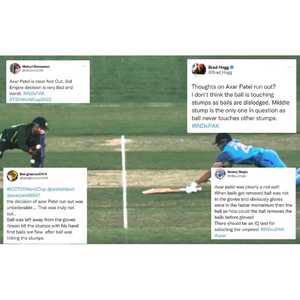 Axar Patel was ruled run out on what many felt to be an odd decision during the T20 World Cup encounter between India and Pakistan on Sunday. A faster delivery from Shadab Khan, who was brought into the attack after the powerplay ended, caused Axar to be dismissed on the first ball of the seventh over of the Indian innings. Axar responded by playing a defensive shot to the leg side. Even as Kohli began, the batter ran for a single, and the latter eventually told Axar to turn around.

Even though captain Babar Azam struggled with his pick-up, the left-hander eventually managed to deliver the ball in time for Rizwan to dislodge the bails since he had arrived close to the center of the pitch. Axar was far outside the crease when the stumps were struck, according to the replays, but it was still unclear if Rizwan had dislodged the bails with the ball or his gloves.

Although Babar and Rizwan initially appeared to be upset and their body language did suggest that they had missed their chance to remove Axar, the third umpire ultimately declared Axar Patel to be ineligible. The umpire's judgment didn't sit well with the supporters, and many expressed their displeasure on Twitter. 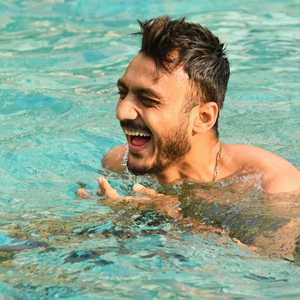 Axar Patel has a $5 million net worth. In Anand, Gujarat, Akshar Patel was born on January 20, 1994. He goes by Axar Rajeshbhai Patel in full. Nadiad is where Axar Patel's family resides. Sanship Patel, his older brother, is a Dharmasinh Desai University engineering student. Left-arm spinner Akshar Patel made his competitive cricket debut for Gujarat against Mumbai in the Vijay Hazare Trophy in February 2012.

Mr. Axar Patel has a net worth of about 5 million USD, or 37 crores rupees in Indian currency. He has amassed this enormous sum through his earnings from the BCCI, IPL contracts, and private enterprises. 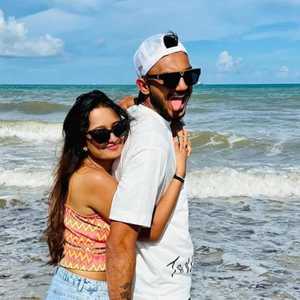 Who is Axar Patel?

Axar Patel was a very well-known and respected Indian Cricketer.

When is Axar Patel’s Birthday?

Where is Axar Patel’s Birthplace?

Anand, Gujarat is the Birthplace of Axar Patel.

What is Axar Patel’s Mother’s name?

What is Axar Patel’s Sister’s name?

Who was the girlfriend of Axar Patel?

Akshar Patel is the Twitter Handle of Axar Patel.

What is Axar Patel’s net worth?

Axar Patel’s net worth was $5 million.

What is Axar Patel's Full Name?

What was Axar Patel’s age?

What is Axar Patel’s wife’s name?

Axar Patel's Wife is no one as he is Unmarried. Although his Fiance is Meha.

What is Axar Patel’s Father’s name?

Who is the Brother of Axar Patel?

Sanship Patel is the Brother of Axar Patel

What is the height of Axar Patel?