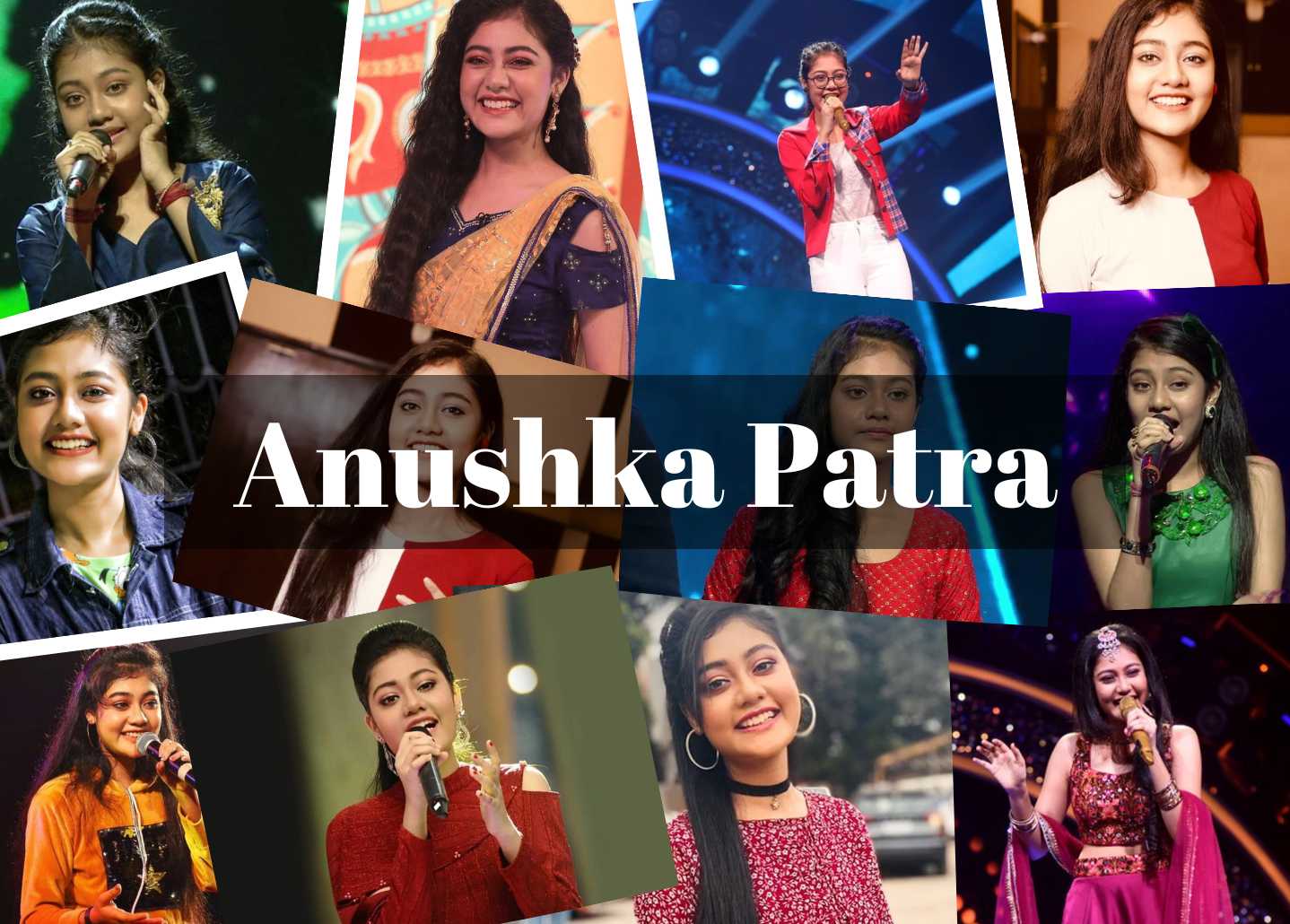 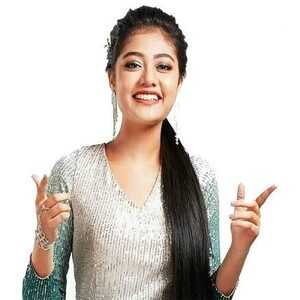 Anushka Patra is an Indian Singer. She became popular after she appeared in the Reality Shows Sa Re Ga Ma Pa Li’l Champs and Indian Idol 13. Anushka Patra won the hearts of the judges and the audience with her mesmerizing voice.

When Anushka Patra participated in the Abir Chatterjee-hosted musical reality show Sa Re Ga Ma Pa.  Based on Facebook comments, Anushka was given the Kalika Prasad Bhattacharya Smriti Purashkar and the Viewers' Choice Award during that season. Bidipta, who competed alongside Anushka in the same season, is also seen in Indian Idol 13.

Anushka Patra updates her numerous images and information on her Facebook and Instagram accounts, where she has more than 450k fans and over 75k followers, respectively. 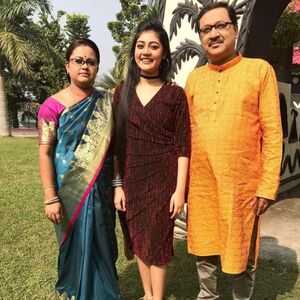 Indian Idol Anushka Patra's age is 16 Years as of 2022. Anuska Patra was in the Indian Idol Show. Anushka India Idol has been famous recently because of her Singing.

Anushka Patra is currently pursuing her schooling at Bidya Bharati Girls High School. Initially, Anushka received her classical singing training from her grandmother who is also a singer. She is a very active girl in school and takes part in all kinds of extracurricular activities. She makes sure she participates in every singing competition in school. Anushka Patra received her professional singing training from the Lalit Kala Academy. She received her modern singing lessons from Sandeep Bhowmik.

Anushka Patra debuted on television in 2019 by taking part in the singing competition Sa Re Ga Ma Pa Lil Champs 2019 on Zee TV. She performed beautifully and advanced to the finals in her debut show. Himesh Reshammiya, the show's judge, was moved by her song and offered her playback singing for his movie The Xpose Returns.

Anuska competed in the Zee Bangla singing reality TV competition Sa Re Ga Ma Pa in 2020, finishing in the top three. Anushka is a prolific singer of Bengali and Hindi music. Pichutaan was the first Bengali song she ever sang. The YouTube audience loved her song and expressed their appreciation for it.

An Indian reality television series called Sa Re Ga Ma Pa Li'l Champs 2019 debuted on Zee TV on February 9 and ran till June 9 of the same year. Ravi Dubey served as the show's host, and Amaal Malik, Richa Sharma, and Shaan served as the judges. Sugandha Date, at 14 years old, won the seventh season of the franchise.

Participants in a singing competition range in age from 5 to 15 years old. Anushka Patra's age was 13 years. They have 100 seconds in the audition phase to win over the three judges and the 30 grand jury members. The contestant advances to the next round if two out of the three judges vote YES and they receive at least 50% of the Grand Jury's vote.

The judges choose the ‘Student of the Week,’ who in their opinion is the best performer, during the Gala round. The winner receives a ‘flying sofa', signifying that they will not be eliminated the following week. The top 7 finalists would compete in the final episode, which would be referred to as the grand finale.

One of the season's most dependable performers, Anushka Patra captivated the judges with her music. She sang a variety of songs and was thought to be a serious contender for Sa Re Ga Ma Pa's Title.

Zee Bangla broadcasts Sa Re Ga Ma Pa, a singing reality show in Bengali. Jisshu Sengupta, an actor, hosted it in the beginning from 2012 until 2019. From 2020 till the present, Abir Chatterjee is the show's host.

The ages of contestants in singing competitions range from 5 to 15. Anushka Patra's age was 14 years. In the audition round, they get 100 seconds to impress the three judges and the 30 grand jury members. If two of the three judges vote in favor and at least half of the Grand Jury votes in favor, the contestant moves on to the next round.

During the Gala round, the judges select the ‘Student of the Week,’ who is, in their judgment, the best performer. The grand finale, the final programme, would feature the top 7 finalists in the competition.

Indian Idol is a part of the Indian Idol series and is the Pop Idol format in the Indian Hindi language. Since 2004, Sony Entertainment Television has broadcast it. For the seventh and eighth seasons, the show was replaced by a spin-off called Indian Idol Junior. Pawandeep Rajan won the 12th season of Indian Idol on August 15, 2021.

The Ground Auditions of Indian Idol 13 were started in July 2022. It started on 10 September 2022. Himesh Reshamiya, Neha Kakkar, and Vishal Dadlani are the judges of the show. Aditya Narayan is serving as the host.
Indian Idol Anushka Patra ruled the heart of Singer Kumar Sanu and got a lot of praise from him. Anushka Patra Indian Idol contestant has impressed many judges with her performance. 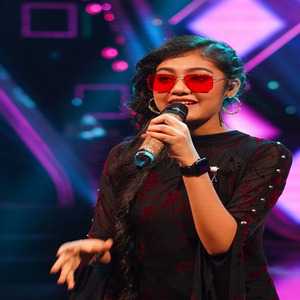 Anushka Patra gained notoriety and a great deal of attention after competing on TV reality shows like Sa Re Ga Ma Pa Little Champions and Indian Idol season 12. Despite the fact that she is still rather young and has just recently begun her career, she has won numerous awards and is actively pursuing her goals in the field.

Anushka Patra’s net worth is estimated to be approximately $ 25000 US or 1.5 Crores INR, as of 2022. Her principal source of income is singing. Anushka uses social media to support and advertise numerous brands. Her total wealth is increased by this.

Who is Anushka Patra?

Anushka Patra is an Indian singer. She rose to fame for appearing in the Reality Shows Sa Re Ga Ma Pa Li’l Champs and Indian Idol.

What is Anushka Patra's age?

What is Anushka Patra’s birthplace?

What is Anushka Patra’s mother’s name?

What is the name of Anushka Patra’s School?

What is the name of Anushka patra’s brother?

What is Anushka Patra’s religion?

What is Anushka Patra's whatsapp number ?

Anushka Patra's WhatsApp number is not yet been made public.

When is Anushka Patra's birthday?

Anushka Patra’s birthday is on 1 November 2006.

What is Anushka Patra’s father’s name?

What is Anushka Patra’s educational qualification?

Does Anuhska Patra have any siblings?

Yes, Anushka Patra has a younger brother who is also a professional singer.

Which year did Anushka Patra debut?

Anushka Patra debuted in the year 2019 with the show Sa Re Ga Ma Pa Li’l Champs.

What is Anushka Patra’s height?

Where did Anushka Patra get her professional vocal training?

No, Anushka Patra is not a vegetarian.
×