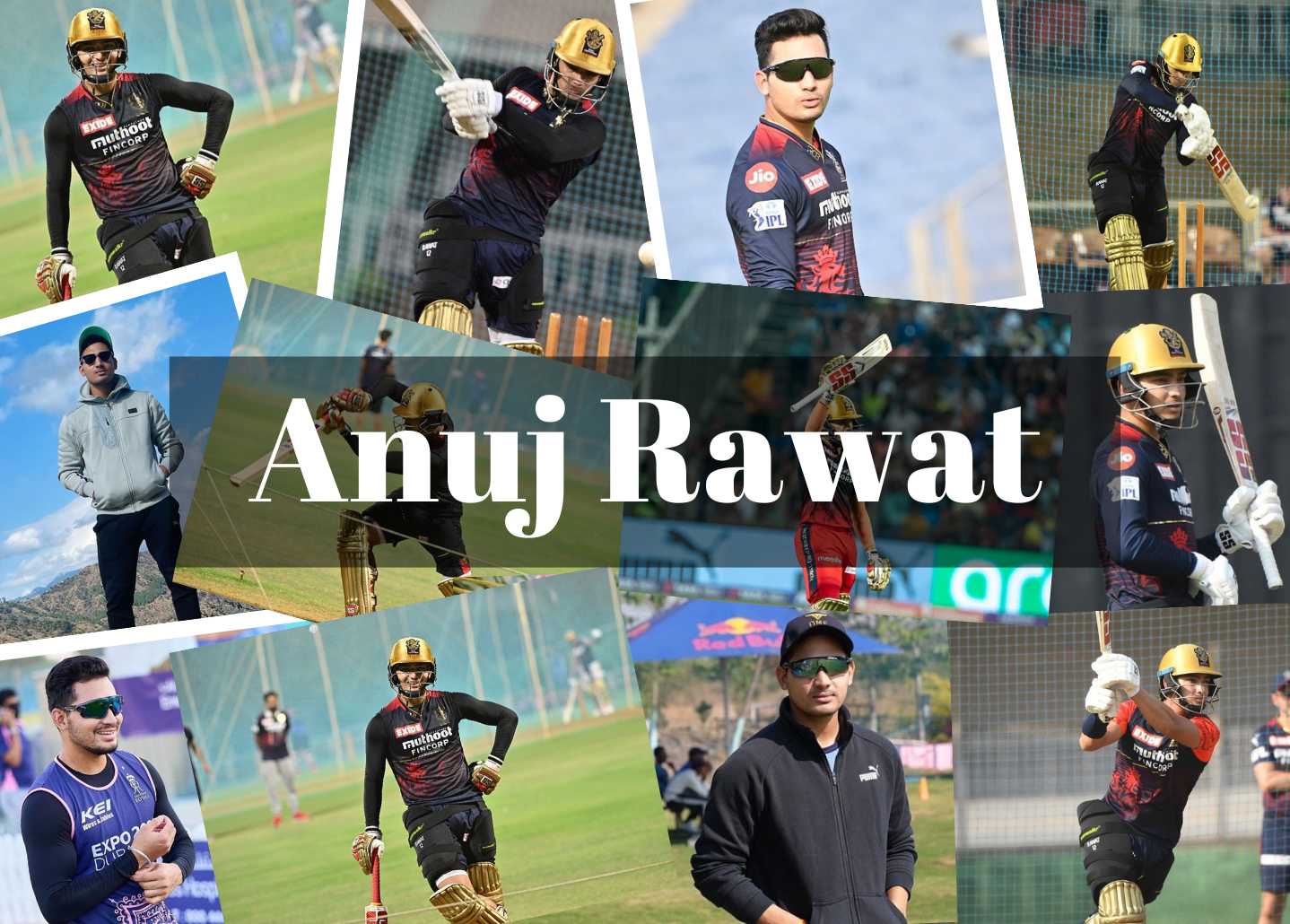 Anuj Rawat, an Indian cricketer who plays for Delhi in domestic competition and Royal Challengers Bangalore in the Indian Premier League, is a wicketkeeper and top-order lefty. On October 6, 2017, he made his first-class debut for Delhi in the 2017–18 Ranji Trophy. 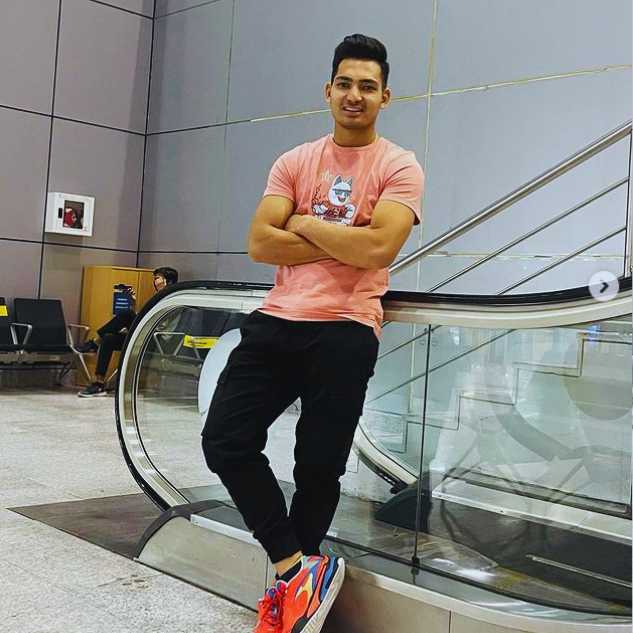 Anuj Rawat was born on October 17, 1999, in the Uttarakhand village of Ramnagar. Anuj Rawat is 23 years old as of 2022 and follows Hinduism as his religion. Anuj Rawat’s zodiac sign is Libra. Anuj travelled to Rooppur (another village in Uttrakhand) to train after his father registered him at a cricket academy a short way from home. When he was 10 years old, his cricketing coach began to recognise his potential. To fully support Anuj's cricketing needs, he recommended that his parents relocate permanently to Delhi. After moving there, he enrolled in the Raj Kumar Sharma's Academy in Paschim Vihar, West Delhi.He represents Delhi domestically and Royal Challengers Bangalore in the Indian Premier League. Anuj Rawat's role in the team is as a wicketkeeper and top-order lefty. Anuj Rawat made his first-class debut on 6th October 2017 in Delhi during the 2017–18 Ranji Trophy.Anuj Rawat, a 23-year-old wicketkeeper-batsman, originates from Ramnagar, Uttarakhand. Anuj Rawat, a young cricketer who plays for the U-19 team, has already made significant progress. In his first innings, Rawat, who made his first-class debut against Assam, played a fantastic performance of 71. In light of his outstanding performance in the first, Rawat was immediately upgraded to an opener in the second innings.Anuj Rawat's average in the 40s is a fantastic accomplishment for a young player. Those who have yet to have many chances to pull the more significant lever. He bats with his left hand and has the power to slam massive sixes and boundaries without even occupying the crease for very long. Aside from the current IPL season, he has played for Rajasthan Royals during the previous IPL season. However, RCB bought Anuj Rawat for the IPL's 15th season. Anuj Rawat was too driven and dedicated when he was a little child to succeed in professional cricket. He persuaded his family to relocate from Ramnagar to Delhi when he was ten years old. After predicting the better opportunities that would have appeared in front of him after relocating, this would be the case. This demonstrates the commitment he has always had to cricket as his potential profession. He also enjoys keeping his body in shape and is a huge fitness fanatic.

Anuj Rawat, born in Ramnagar, was brought up by his father, Virendra Pal Singh and his mother (whose name is still unknown). Anuj Rawat's mother is a housewife, and Anuj's father is a farmer. Anuj Rawat has an elder brother named Prashant Rawat who works in Digital Marketing. When Anuj first began playing, the cricketer's family was not well-established and had no ideal financial situation. His father persisted in providing for his son despite this setback.When Anuj was younger, Virendra Pal played cricket as well, he knew Anuj's future potential in cricket and his assured success, and he wanted Anuj to help him achieve his dream of representing India. Anuj's father reflected on his youth and remarked, When I was younger, I enjoyed playing cricket, and I always hoped that my son would as well.

Anuj Rawat studied at Bal Bhawan International School, located in Delhi.  Anuj initially resided with his uncle before moving to a rented flat where he cohabitated with his older brother. Virat Kohli's coach Rajkumar Sharma invited him to the West Delhi Cricket Academy to train; Anuj simultaneously completed his graduation from the University of Delhi with a Bachelor’s in Programming degree.

Anuj Rawat may be single and is not dating anyone. The young player hasn't shared any information on social media regarding his private life or previous relationships. We can presume that Rawat is wholly committed to his career and working hard to accomplish his goals.

On October 6, 2017, Anuj Rawat made his first-class debut for Delhi in the 2017–18 Ranji Trophy. He scored 71 and 13 runs over the duration of the two innings. He also succeeded in scalping two people behind the stumps. Gautam Gambhir fielded at slips during a first-class game for Delhi and advised Anuj Rawat on how to improve his keeping techniques. Gambhir advised Anuj that a gloveman should be familiar with their bowlers and that practise with them improves performance. The 20-year-old participated in the Syed Mushtaq Ali Trophy for Delhi in the 2019–20 season and struck a brilliant 88* against Saurashtra. Anuj Rawat has played in 19 first-class matches, recording 925 runs at an average of 34.25. Additionally, he has played in 23 short-format matches in List A and T20 cricket, with respectable averages of 35 and 26, respectively. The 20-year-old has caused 82 dismissals with the gloves. According to the data, it wouldn't be exaggerating to say that Anuj Rawat has the elements to someday emerge among India's top wicket-keeper batters.

On November 9, 2021, Anuj Rawat played his final Twenty20 for Delhi against Saurashtra in Rohtak.

Anuj Rawat's performance in the Syed Mushtaq Ali Trophy impressed the Rajasthan Royals, who opted to sign him for 80 lakhs(INR) at the auction in December 2019. Anuj Rawat is a batter and wicketkeeper from Delhi. He participated in IPL 2021 for the Rajasthan Royals. Anuj was surprised when he heard the auctioneer calling his name during the 15th IPL 2022 auction. Anuj, who played for the Rajasthan Royals last year, was acquired by Royal Challengers Bangalore for a base fee of Rs. 3.40 crore.In a special interview with Times Of India, "I was expecting a good IPL deal because of my good domestic cricket performance," Rawat admitted. I anticipated a deal for a respectable sum, but I did not anticipate a bid for me this high. I'm ecstatic and eager to play with RCB and give it my all.

Anuj Rawat was a part of the India Under-19 team that competed in the 2018 U-19 Asia Cup, Anuj a native of a tiny town in Uttarakhand, has been selected as the team's captain for the U-19 cricket match in India. Rawat travelled to Sri Lanka in 2018 as a member of the India U-19 team. In the U-19 Asia Cup 2018 championship match finals versus Sri Lanka, Anuj scored 79 runs off 57 balls.

Anuj Rawat is from the little village of Roopur in the Nainital district, which is close to Ramnagar. Near Anuj's hometown, there are no facilities for sports coaching. Anuj was compelled to enrol in a small academy at Ramnagar, 5 miles from his village because there was no cricket institution nearby. The Rawat family fought to continue with Anuj's training despite their low farming income. A portion of the money was redirected to Anuj Rawat to sustain the facilities he required. 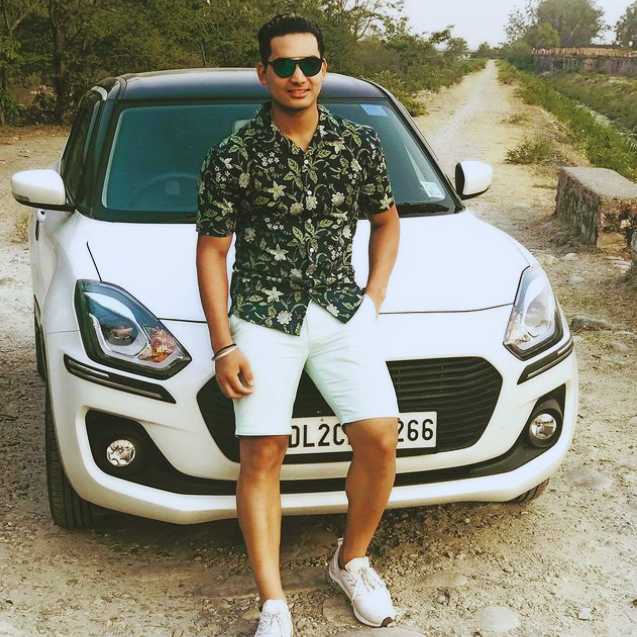 Anuj Rawat fetched a high price during this year's IPL auction, and Delhi's young keeper batter grabbed headlines. In 2022, Anuj Rawat will be a millionaire. His estimated net worth in rupees is Rs 7 crore. Anuj's net worth is influenced by the money he makes from competing in domestic competitions, the BCCI, brand promotional sponsorships, and the IPL. IPL 2022 paid 3.4 crores for Anuj Rawat.  In this year's auction, Rawat got caught in a dispute between SRH and RCB. Following a heated negotiation between the two teams, Rawat's introductory price of 20 lakh rupees was increased to a staggering 3.4 crores, and he was acquired by RCB. In 2020, Rawat played for the Rajasthan Royals; in 2021, he received 80 lakhs for each season. Anuj Rawat owns a  White Maruti Suzuki Swift and his ancestorial Agricultural plot in his hometown in Uttarakhand. 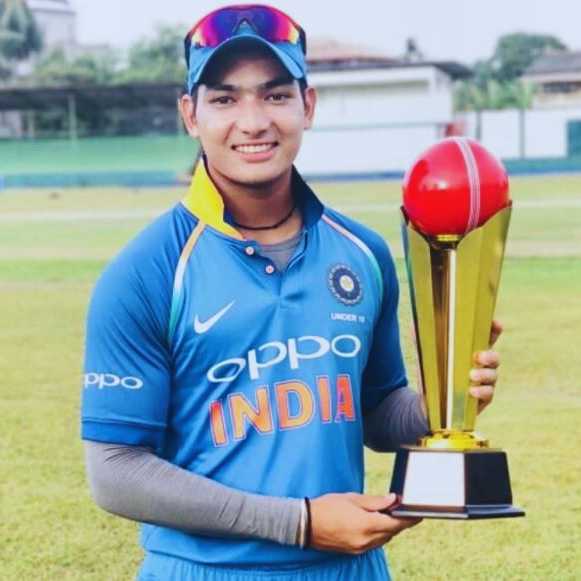 Who is Anuj Rawat?

Anuj Rawat, an Indian cricketer, plays the position of the wicket-keeper batsman for Royal Challenger's Bangalore.

What is Anuj Rawat’s age?

What is Anuj Rawat’s Mother's name?

What is the name of Anuj Rawat’s brother?

Prashant Rawat is the name of Anuj Rawat’s brother.

What is the height of Anuj Rawat?

When is Anuj Rawat’s Birthday?

Where is Anuj Rawat’s Birth Place?

Anuj Rawat was born in Uttrakhand.

When did Anuj Rawat make his First cricket debut?

What is Anuj Rawat’s Father's name?

Which IPL team signed Anuj Rawat in the IPL auction in 2022?

What is Anuj Rawat's Net Worth?