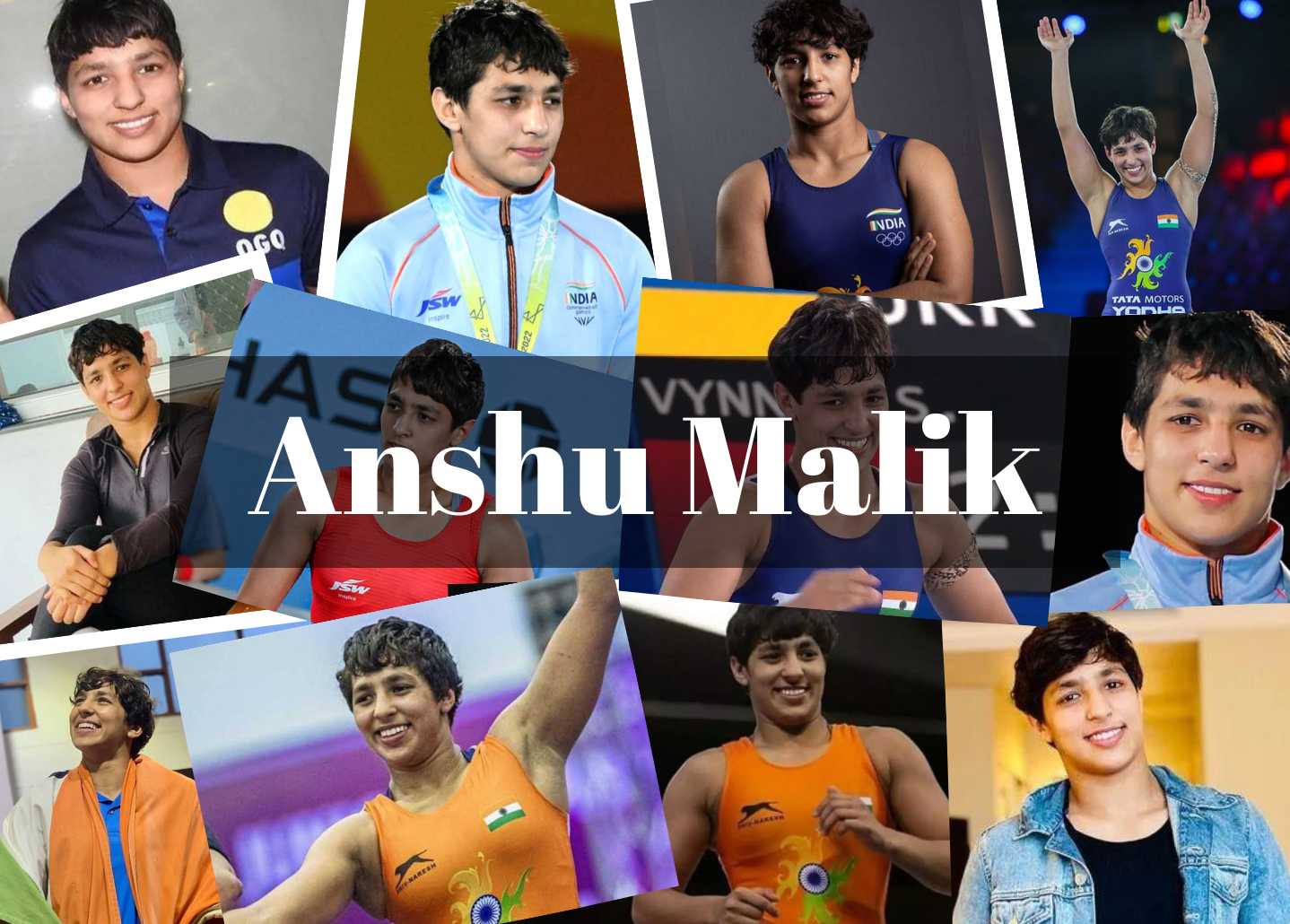 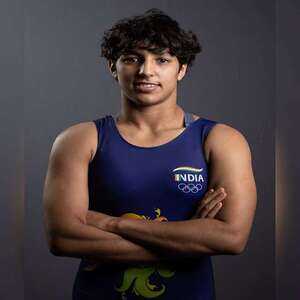 Anshu Malik eventually won the silver medal after falling behind American Helen Maroulis, who has won three world championships and two Olympic medals. The silver was made the more remarkable by the fact that she competed while dealing with ongoing elbow pain and a knee injury she suffered in the quarterfinals. Anshu Malik had her hand in a sling following the final. 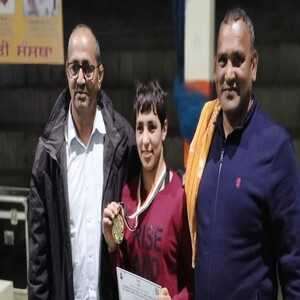 Anshu Malik’s father’s name is Dharamveer Malik and he was a former international wrestler who worked at CISF. Dharamvir Malik represented India at the World Cadet Wrestling Championships in 1995. And her uncle, Pawan Malik, was a South Asian Games Gold-Medalist. Anshu Malik’s mother’s name is Manju Malik and she is a schoolteacher. She has also won freestyle wrestling competitions in the past. She comes from a lineage of wrestlers. Anshu Malik’s grandfather, Bir Singh, was a former Kabaddi Player. Anshu Malik’s brother, Shubham Malik, is also a freestyle wrestler.

Anshu Malik excelled academically at Chaudhary Bharat Singh Memorial School and was a brilliant student. After witnessing her brother wrestle at the CBSM Sports School and compete, she developed a greater interest in the sport . From that point forward, she also considered pursuing a career in wrestling. She later convinced her father to sign her up for wrestling. It's interesting to mention that because her father was a former wrestler, he wanted a member of his family to excel in the sport. She received her training from Jagdish Sheoren, who has worked with more than 20 wrestlers from throughout the world.

Anshu Malik is quick to pick things up. During practice, Anshu would mentally recall other moves such as Bhandhaj and Kheech in addition to Gatta Pakad. Additionally, she would test out little variations of these assaults. After that, she began her journey by taking home medals at the school level before advancing to the national and ultimately international tournaments.

Anshu Malik made her National School Games debut in 2016 and earned her first national gold medal in wrestling. The wrestler had participated and won medals in state-level junior wrestling competitions. Later that year, she earned a silver medal in the Asian Junior Wrestling Championships in Taiwan, earning her first international medal. She won the Bronze medal at the World Cadet Wrestling Championships held in Tbilisi, Georgil, in the same year. She’d go on to defend her Cadet National title twice in wrestling championships in the years 2017 & 2018. 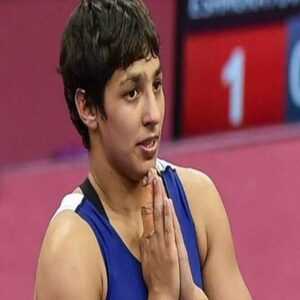 After winning the women's 57 kg division in the Asian Olympic Qualifiers in Almaty, Kazakhstan, in April 2021, Anshu Malik made history by becoming the youngest Indian woman wrestler to earn an Olympic spot. With a sweeping 11-0 victory on 6 October, the female wrestler beat Ukrainian silver medallist Solomia Vynnyk in the 57 kg category She is the fifth wrestler from India to qualify for the Tokyo Olympics in 2021. Along with Vinesh Phogat and Divya Kakran, Anshu Malik won gold at the Asian Wrestling Championships in 2021.  At the 23rd Senior Women's National Wrestling Championships the same year, she won the Gold medal in the 57 kg division.

Anshu Malik won a bronze medal in the 57 kg division at the Ulaanbaatar 2022 Asian Wrestling Championships in April 2022. Tsugumi Sakurai, whose upper body was entangled with Anshu Malik, used all of her might to wrench her opponent's arms and send her to the ground in the Asian Championship final's first quarterfinal. After waiting for ten seconds, she grabbed Anshu's right ankle. She applied the armbar after that, grabbing Anshu's arm and twisting it violently to put great pressure on her shoulder and elbow. Anshu was pinned before she even realized what was going on. It only took Sakurai 54 seconds to resolve the conflict. After competing in the women's 57 kg freestyle final at the Commonwealth Games in Birmingham in 2022, she was able to bag the Silver Medal.

Anshu defeated Nethmi Poruthotage of Sri Lanka in the semifinals after defeating Irene Symeonidis of Australia in the quarterfinals via Technical Superiority.  Anshu Malik took home silver after falling to Odunayo Folasade Adekuoroye of Nigeria by 3-7.

Anshu Malik remarked that her mental toughness is the secret to her steady improvement. She claimed that a calm disposition blocks off the world's negative opinion and the possibility of defeat by more powerful adversaries. Despite being exhausted or under stress, Anshu Malik would get up at 4.30 am every day for practice and never skip a day. She allegedly traveled 120 miles up and down to take part in school exams that were being held in Rohtak a month before the World Championship.

After developing a fever, Anshu Malik was forced to withdraw from the Poland Open 2021 and was quarantined as a precaution. Anshu, the current Asian champion, reportedly suffered a fever when she reported for weigh-in for the 57kg division. It was advised that she withdraw from the contest. Anshu, however, did not want to miss the competition, but she was compelled to do so out of caution. 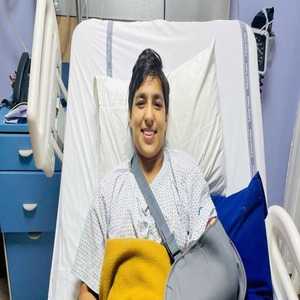 Anshu Malik, who had sustained an elbow injury at the Tokyo 2020 Olympics, worsened it when competing in the world championships final against Helen Maroulis of the USA. Since then, the Indian wrestler has been dealing with the injury.

Anshu Malik did not compete at the 2022 world championships, which were held in Belgrade, Serbia from September 10 to 18, according to a statement on the website of United World Wrestling, the sport's international governing organisation. She had elbow surgery in Mumbai, hence she was unable to compete in the world wrestling championships.

Anshu Malik’s net worth is estimated to approximately $1 million US or 8 crore rupees, as of 2022. Anshu is paid an annual salary of around Rs.20 to 25 lakhs. Anshu Malik’s main source of income is wrestling.

Anshu Malik's other source of income is brand sponsorships. She also has a massive following on social media platforms. Anshu Malik also received a cash reward of 75 lakhs INR from the Haryana Government for her achievement in the Commonwealth Games 2022.

Who is Anshu Malik?

What is Anshu Malik's age?

What is Anshu Malik’s birthplace?

What is Anshu Malik’s father’s name?

What is Anshu Malik’s mother’s name?

How is Anshu Malik related to Pawan Malik?

Pawan Malik, the international wrestler, is the uncle of Anshu Malik.

What is Anshu Malik’s educational qualification?

Anshu Malik is a graduate in BA.

Does Anshu Malik Have kids?

No, Anshu Malik does not have kids.

What is Anshu Malik’s height?

What is Anshu Malik’s religion?

Does Anshu Malik have any Olympic medals?

No, Anshu does not have any Olympic medals yet.

When is Anshu Malik's birthday?

What is Anshu Malik's boyfriend’s name?

Anshu Malik’s relationship status is single, as of 2022.

Was Anshu Malik’s father a wrestler?

Who was Anshu Malik’s grandfather?

What is the name of Anshu Malik’s brother and what does he do?

Anshu Malik’s brother’s name is Shubham Malik and he is also a freestyle wrestler.

No, Anshu Malik is not married.

What is Anshu Malik’s weight?

No, Anshu Malik is not a vegetarian.

Anshu Malik became the first Indian wrestler to win a silver medal at the World Championships.
×