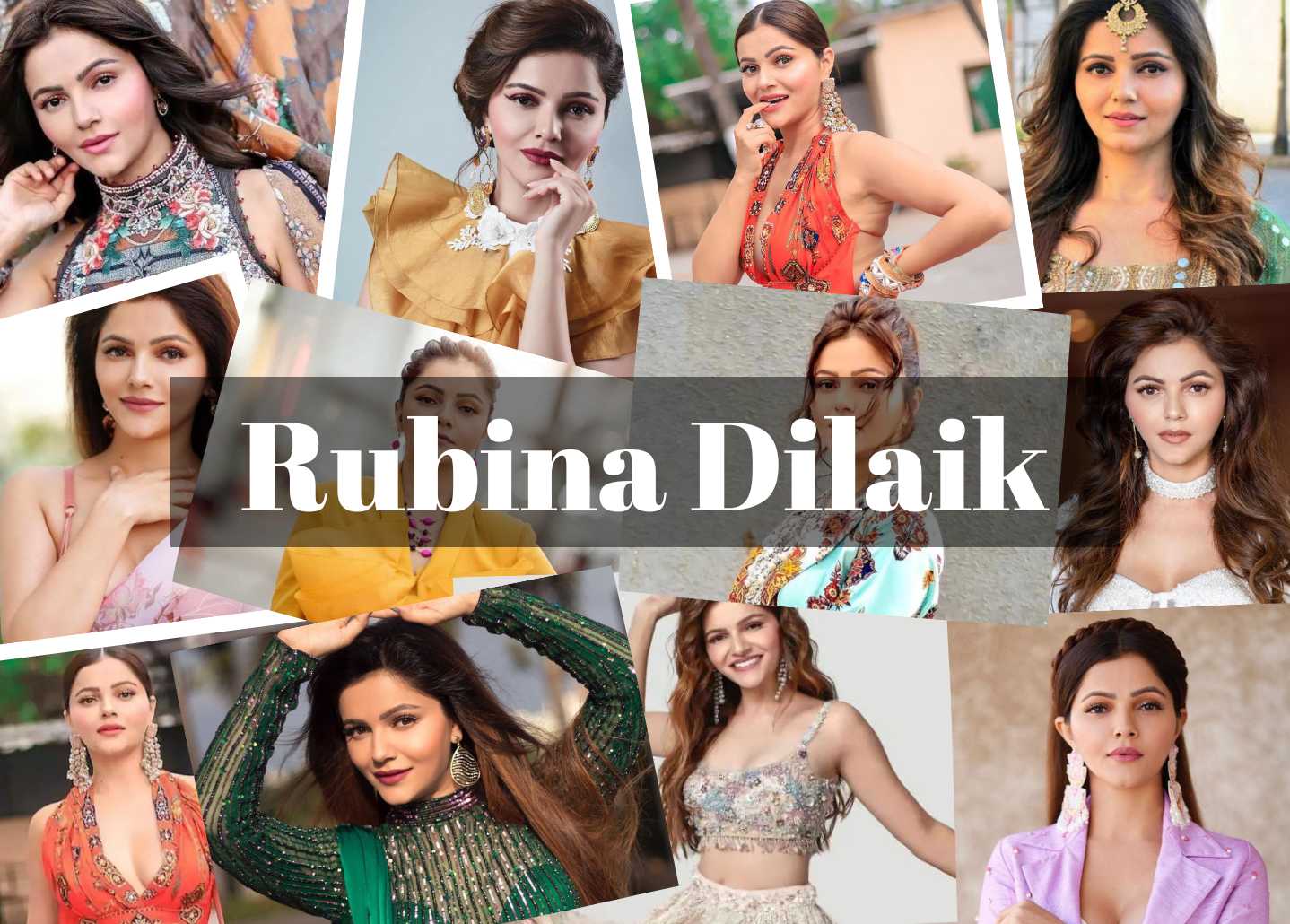 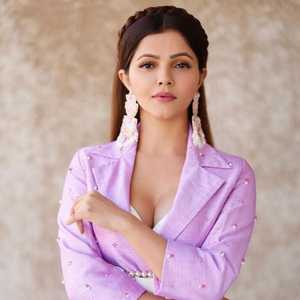 In 2008, she made her acting debut in the hit programme Chotti Bahu as Radhika Shastri. Dilaik is most known for playing the transsexual Soumya Harman Singh in Shakti - Astitva Ke Ehsaas Ki, for which she won the Best Actress award from the Indian Television Academy. She became the Bigg Boss 14 winner in 2020.

She competed in Fear Factor: Khatron Ke Khiladi 12 in 2022, when she came in as a finalist. Her roles as Divya Jakhotia in Punar Vivah - Ek Nayi Umeed and Jeannie in Jeannie Aur Juju are among her other memorable performances. With Palash Muchhal's Ardh, Dilaik made her Hindi cinema debut in 2022.  She is presently a participant on the dance reality competition Jhalak Dikhhla Jaa 10. 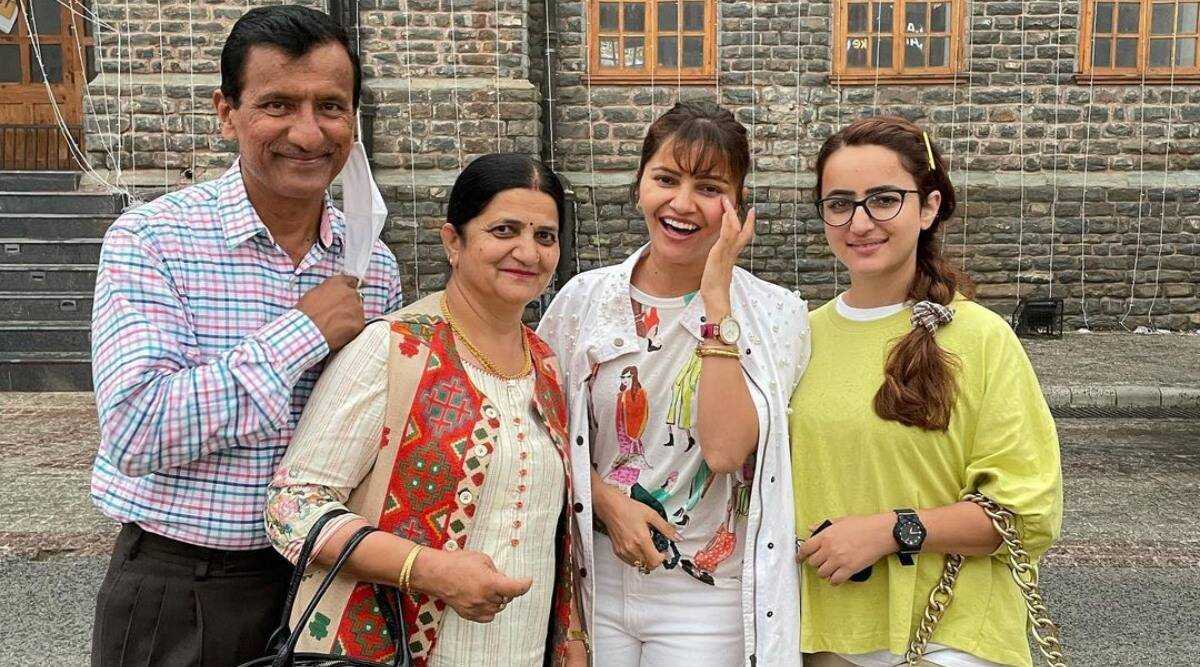 Rubina Dilaik was born in Shimla, Himachal Pradesh, on August 26, 1987.  She attended St. Bede's College and Shimla Public School for her education. Her father is a published author who has written numerous Hindi-language books. She competed in beauty pageants in her early years, winning two regional competitions and was named Miss Shimla in 2006. Rubina Dialik father is Gopal Dilaik. Rubina Dilaik mother is Shakuntla Dilaik.

Rubina Dilaik school is Shimla Public School. When she was in school, she won the national debating championship. She has an English Literature degree with a minor in Political Science. She took first place in the Chandigarh-based Miss North India Pageant in 2008. 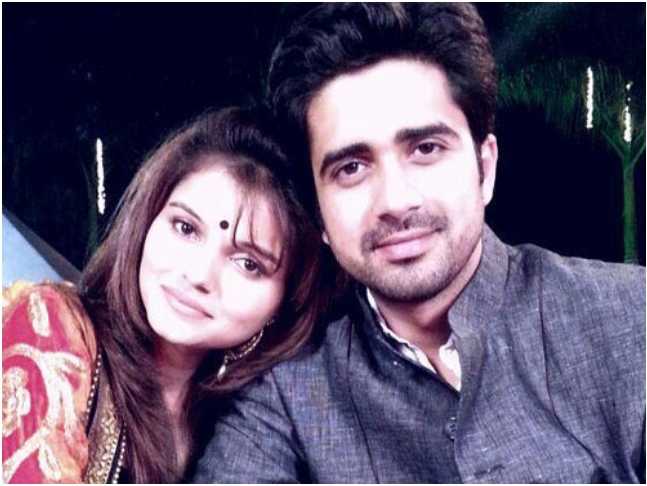 Avinash Sachdev and Rubina Dilaik were hailed as one of the most cherished and endearing couples in the television business. They served as both an inspiration and the model pair for many. When Rubina and Avinash were paired opposite one another on their first project together, Choti Bahu, they fell in love. It was said at the time that Avinash had discussed marriage with Rubina's grandfather. Additionally, there were rumours that they had secretly wed because Rubina was spotted observing Avinash's Karwa Chauth fast. But the couple broke up in 2013, shocking and breaking everyone's hearts.

As a result of reports that Avinash had an affair with Rubina, the formerly perfect couple stopped seeing one another. But none of them offered a confirmation. The two changed their relationship and went on to live separate lives. Avinash later wed Shalmalee Desai, his co-star, in 2015. However, despite their relationship failing, they filed for divorce because of compatibility problems. Avinash afterward fell in love with Palak Puruswani. Along with Palak, Avinash took part in the dance reality competition Nach Baliye 9. When asked about his breakup from Rubina during one of the episodes, the actor opened up about what went wrong.

Rubina and I had a lot of insecurities about everything. We never used to give each other any room, Avinash revealed. Following her split from Avinash, Rubina fell in love with Abhinav Shukla, and the two were married in 2018. Rubina and Abhinav can now be seen in the Salman Khan-hosted reality series Bigg Boss 14. Rubina recently revealed on the weekend ka vaar episode of the show that she had temper issues and suicidal tendencies seven to eight years ago, and even her strained relationship is a result of this.

Abhinav Shukla and Rubina Dilaik initially met at a friend's house during Ganeshotsav, and he was awestruck by how stunning she looked in a saree. Rubina Dilaik agreed to a photo shoot after Abhinav Shukla remarked on one of her images and asked if he could work with her.

The two actors began meeting frequently and going on coffee dates together as they got to know one another better and began to fall in love. Soon after realizing their love for one another, Rubina and Abhinav made their relationship public. They gave other couples major relationship ambitions by posting gorgeous photos on social media.

Rubina Dilaik of Choti Bahu-Sindoor Bin Suhagan fame and Abhinav Shukla of Silsila Badalte Rishton Ka chose to hold hands forever in the year 2018. On June 21, 2018, the two got married in a small, elegant ceremony at Shimla's Heritage Woodville Palace.

The two have been painting the town red ever since. But the two were about to call it quits because their relationship had gone through difficult times. The two had considered giving their love another shot because they were signed up for the reality series Bigg Boss 14, but fate had other ideas.

An Indian drama television programme called Chotti Bahu is made by DJ's a Creative Unit. Zee TV broadcast the first season from 8 December 2008 to 17 September 2010 and the second from 15 February 2011 to 18 May 2012. Avinash Sachdev played Dev and Rubina Dilaik played Radhika in the film. This tale served as the basis for the serial Sasural Simar Ka 2.

The love story of Dev and Radhika, two soulmates, is told in Choti Bahu. Radhika (Rubina Dilaik), an adopted daughter, and Vishakha Shashtri, a native of Vrindavan, are the couple's two daughters (Priyanka Tiwari). Vishakha wants to be a Bollywood actress, whilst Radhika is straightforward and obedient. She is egotistical and headstrong. Radhika and Vishakha are very close. The wealthy Purohit family, who have an ancestral residence in Vrindavan, is from Delhi. Vivek and Dev, their two sons, were born. The Purohits have high hopes for Dev, who develops feelings for Radhika. However, fate has other plans, and due to confusion, he believes he has married Vishakha.

When Radhika enters Dev's home, the narrative abruptly changes, setting the stage for an unusual love triangle in which each character faces a unique conundrum. Chotti Bahu - Sindoor Bin Suhagan and Chhoti Bahu - Sawar Ke Rang Rachi were the names of the program's two seasons. The first season of Chotti Bahu made history by moving the prime time broadcast to 7:30 pm. Due to popular demand, the second season was resurrected with a new story and the same lead actors. 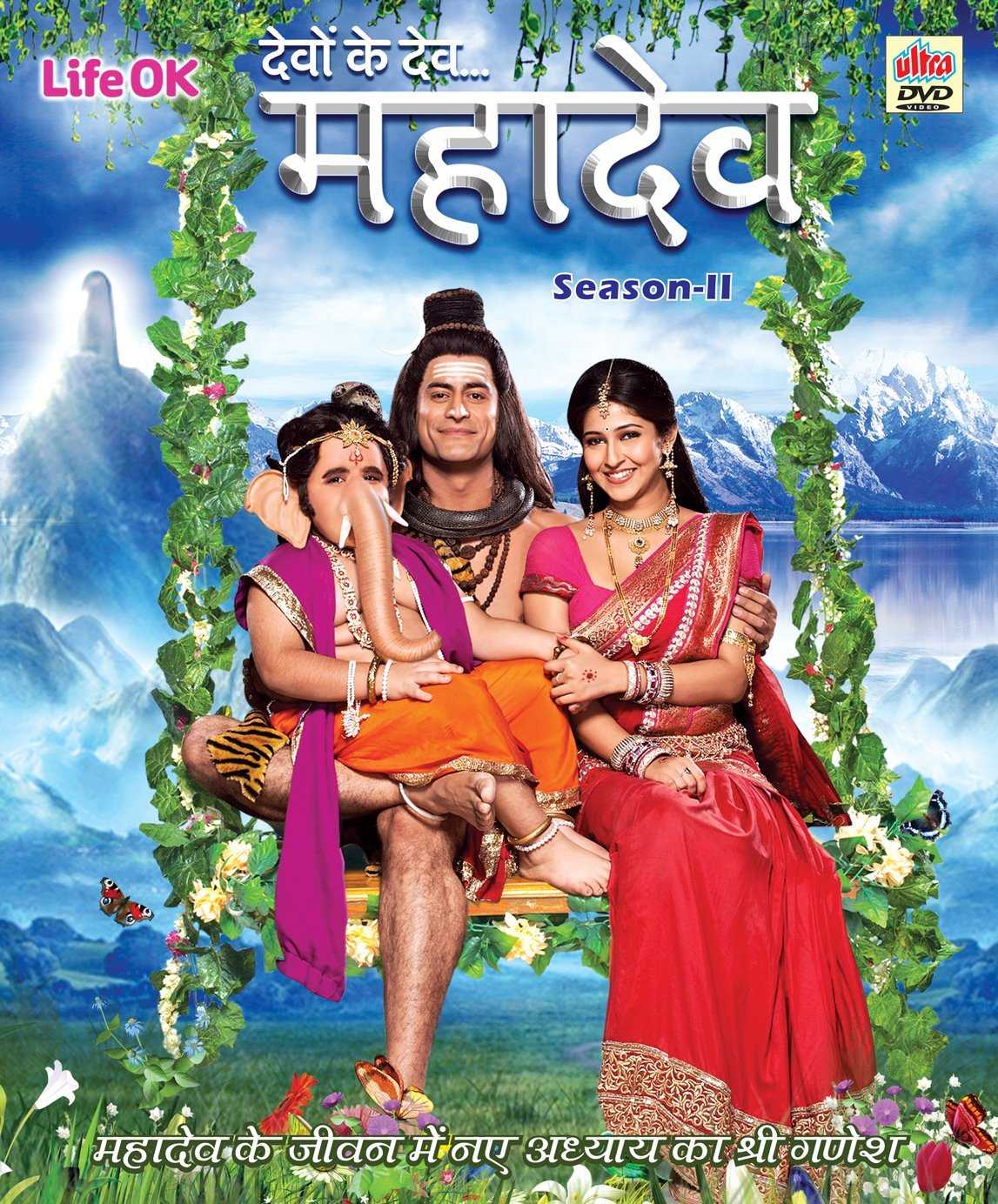 Chotti Bahu - Sindoor Bin Suhagan and Chhoti Bahu - Sawar Ke Rang Rachi were the names of the program's two seasons. The first season of Chotti Bahu made history by moving the prime-time broadcast to 7:30 pm. Due to popular demand, the second season was resurrected with a new story and the same key actors. The story of Lord Shiva is central to the plot of the show. This Lord Shiva tale follows his development from an ascetic to a family man.

As Parvati, Puja Bannerjee took over from Sonarika Bhadoria in July 2013. Suhasi Dhami took over from Bannerjee after she left the company in June 2014, citing health reasons.  In 2014, Mouni Roy, who left the show when her part ended in 2012, made a comeback as Sati. 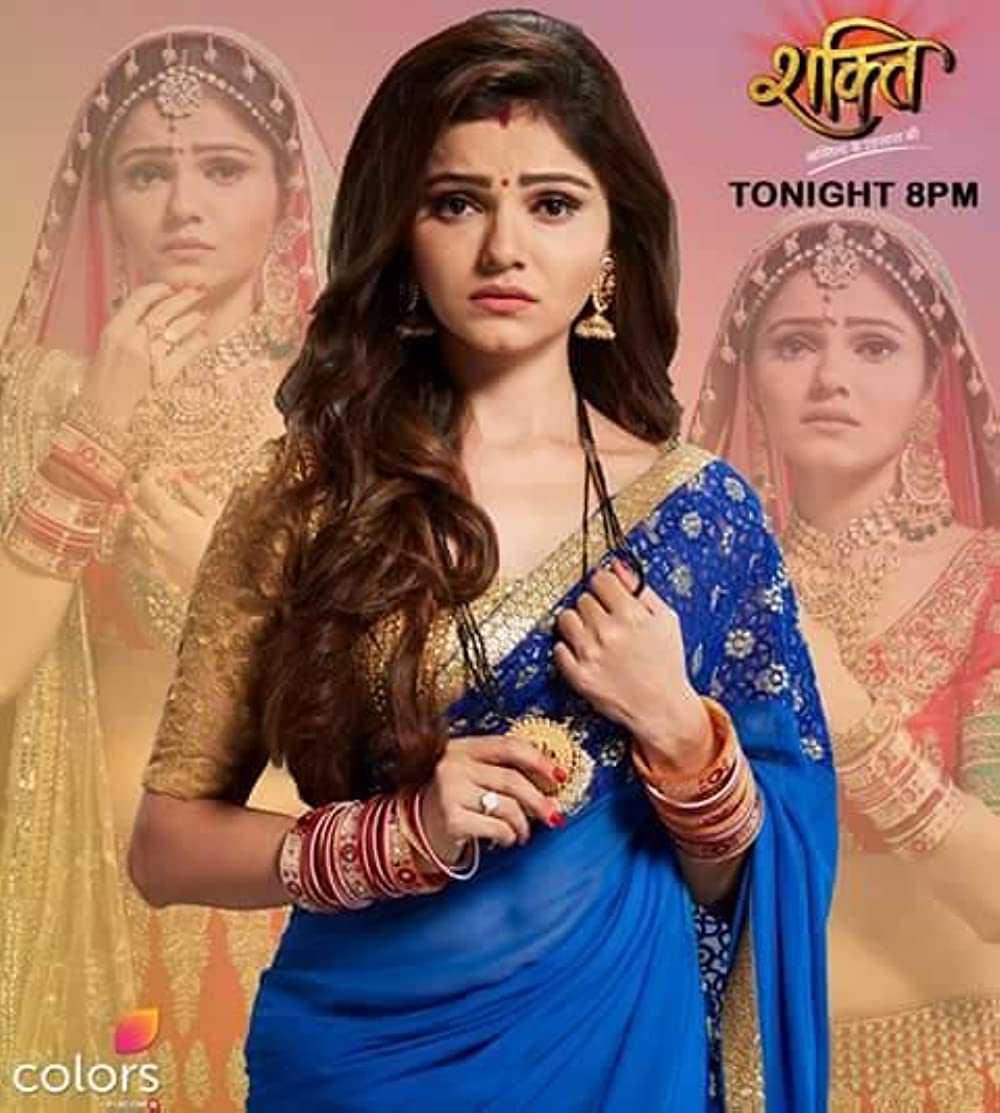 This programme has been on Colors TV for the fourth-longest time. Maninder and his mother Nalini attempt to bury 1-year-old Soumya alive in rural Punjab. When Nimmi finds them, she saves the victim and warns Maninder that she won't spare them if they try to kill Soumya again. 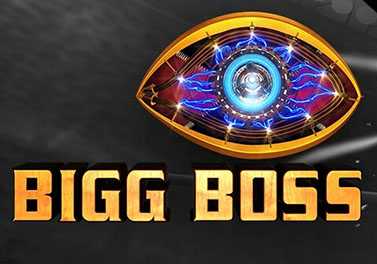 Bigg Boss 14 was the fourteenth season of the Indian reality TV show Bigg Boss, often referred to as Bigg Boss: Ab Scene Paltega. It debuted on Colors TV on October 3, 2020.  For the tenth time, Salman Khan served as the season's host.  On February 21, 2021, the grand finale of the competition took place. Rubina Dilaik was named the winner, and Rahul Vaidya was named the first runner-up.

The direct 24x7 camera footage was available to viewers in addition to the customary hour-long episode. Additionally, viewers had access to Before TV on Voot Select, which broadcast episodes 15 minutes before Colors TV. 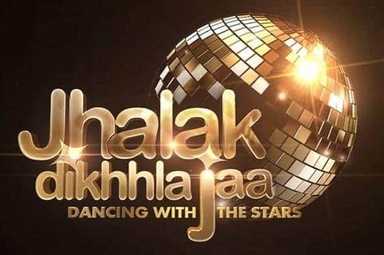 Jhalak Dikhhla Jaa 10 is the ninth season of the BBC Worldwide Productions Company's Indian reality and dance television series Jhalak Dikhhla Jaa. Manish Paul is the season's host, and Nora Fatehi, Madhuri Dixit, and Karan Johar are the judges. The show debuted on Colors TV  and Voot on September 3, 2022, respectively.

In addition to the regular weekend episodes, Voot has released web-exclusives that follow the contestants' journeys, such as Glowing Performers of the Week, Judges Ki Jhalkiyaan, The Bold Look of Kohler, and Top Jodi Of The Week. 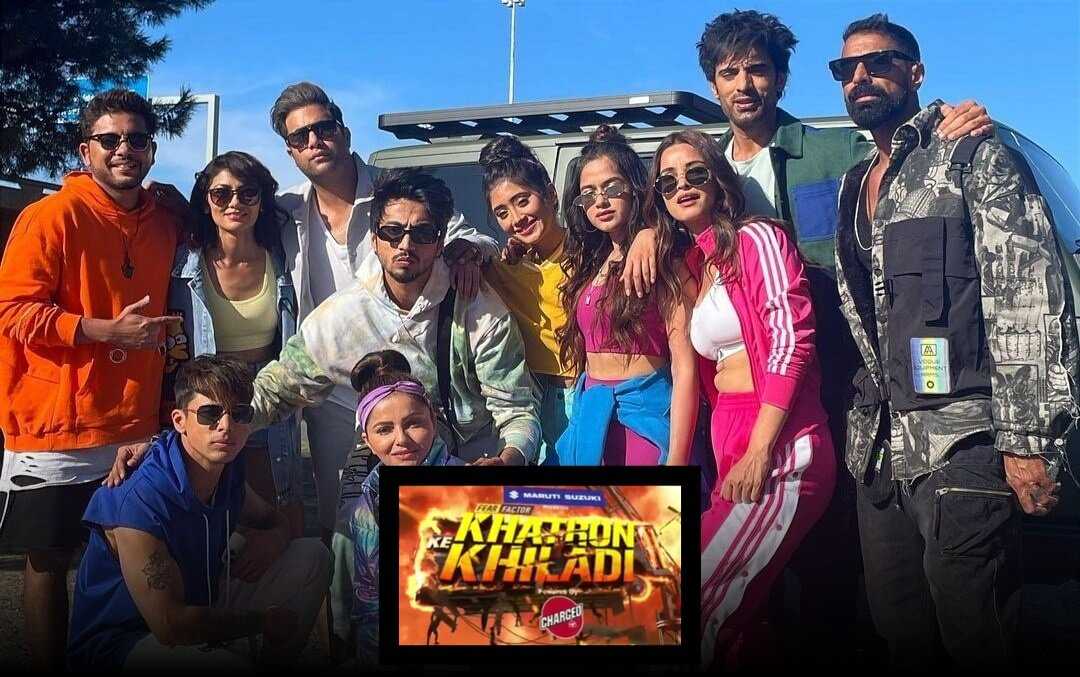 Fear Factor Khatron Ke Khiladi Bach Ke Kahan Jayega is the twelfth season of Endemol Shine India's Indian reality and stunt television program Fear Factor: Khatron Ke Khiladi.  The program debuted on Colors TV and was available for digital streaming on Voot from 2 July 2022 until 25 September 2022. The program, which was hosted by Rohit Shetty, was filmed in Cape Town, South Africa. With over 26 episodes, this season broke the record for the longest season since the show's inception. This season's winner was Tushar Kalia, with Faisal Shaikh finishing as the first runner-up.

Rubina Dilaik, who is currently a contestant on Fear Factor: Khatron Ke Khiladi, rose to fame for her cheeky portrayal in Choti Bahu. The 14th season of Bigg Boss was won by her.
According to a study in Bio Review, the actor has a net worth of over 29 crores and makes about 25 lakh rupees a month. For a reality show, she costs roughly $80,000 per episode, and her brand endorsement payments range from 20,000 to 25,000. She is the owner of a 24.50 lakh Isuzu D-Max and a 47.61 lakh Audi A4. 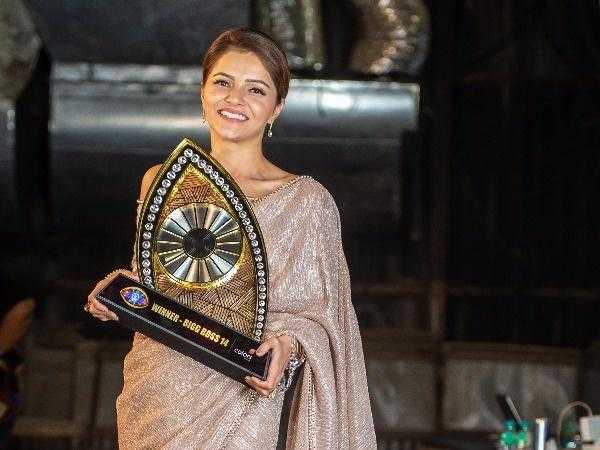 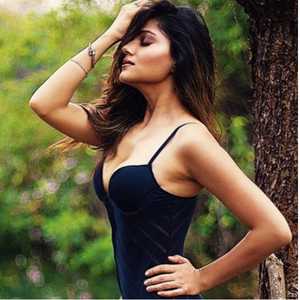 Who is Rubina Dilaik?

Rubina Dilaik is an actress in India mostly working in Tv Industry.

What is Rubina Dilaik's salary?

It is allegedly said that Rubina Dilaik charges 20 to 25 thousand rupees per episode.

What is the age of Rubina Dilaik?

What is the first show of Rubina Dilaik?

Who is Rubina Dilaik's Mother?

How does Rubina Dilaik earn?

What is Rubina Dilaik's net worth?

What are the best shows by Rubina Dilaik?

Who is Rubina Dilaik’s Father?

When is Rubina Dilaik's birthday?