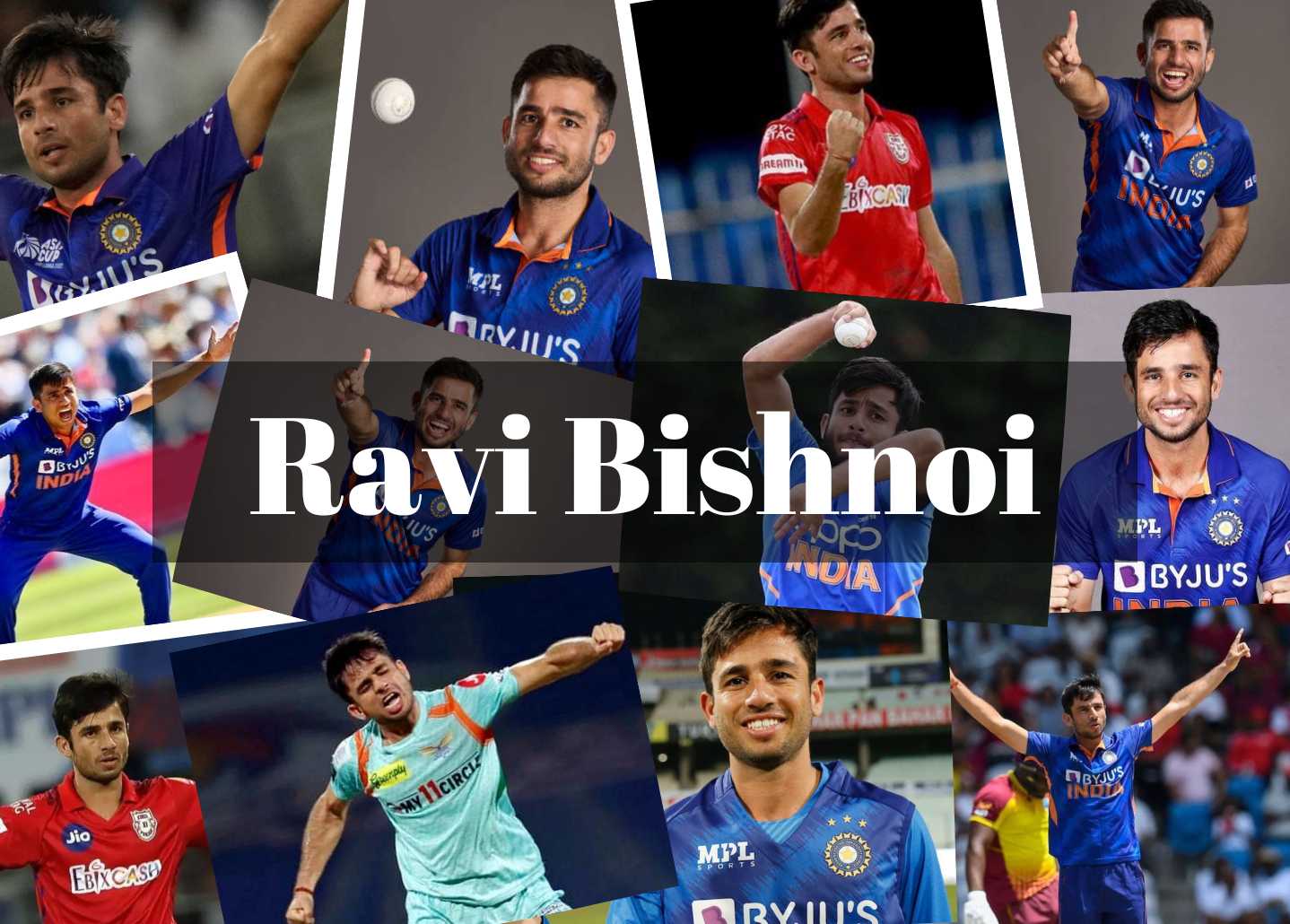 Indian cricketer Ravi Bishnoi performs internationally. He participates in white ball cricket for the Indian cricket team. He bowls right-arm leg breaks. In February 2022, he made his international debut. In both domestic cricket and the Indian Premier League, he represents Rajasthan and Lucknow Super Giants. He first earned recognition while representing India in the 2020 Under-19 Cricket World Cup, when he finished with the most wickets (seventeen) in the competition.

Ravi Bishnoi was born on 5th September 2000 in Jodhpur Rajasthan India. Ravi Bishnoi's age is 22 years. His Zodiac Sign is Virgo and made his international debut (ODI) on 6th October against South Africa and his T20 debut against West Indies. Leg spinner Ravi Bishnoi is from a small hamlet in Rajasthan. There was no true cricket academy throughout his early playing career that he could join. But Ravi established a cricket academy with the aid of his coaches, his friends, and his teammates.Bishnoi joined Rajasthan's U-19 team after a lot of effort and some rejections. He gradually made his T20 debut and List-A debut for Rajasthan in 2019, still a young player. However, his big break came in 2020 when he represented India at the Under-19 World Cup. He finished with 17 wickets, making him the tournament's leading wicket-taker.Due to his impressive performance, Punjab purchased him for the Indian T20 League in 2020 as a result of his noteworthy performance. He was a member of their team up until 2021 before Lucknow recruited him for the 2022 competition. Bishnoi was selected for India's ODI and T20I squads against West Indies in January 2022. He played in his first T20I against the West Indies and picked up two wickets, which helped India win the match. On his debut, he was also given the Player of the Match award. 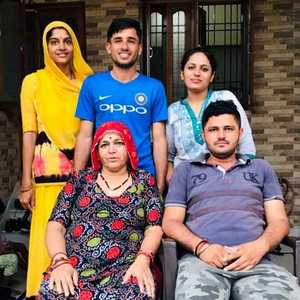 Ravi Bishnoi studied in Jodhpur, Rajasthan at Mahavir Public School. He only completed his 10th-grade studies and plans on pursuing his graduation.

There is no information on Ravi Bishnoi’s Relationship status. 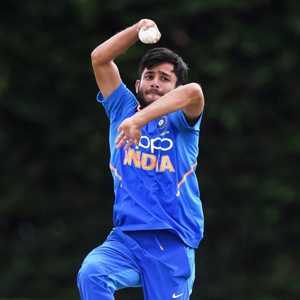 Ravi Bishnoi made his debut by participating in the Syed Mushtaq Ali Trophy debut during 2018-19 February of that year, getting two wickets. Ravi Bishnoi took four wickets in four games for Rajasthan, bowling at an outstanding average of 19.75. In the 2019–20 season, Bishnoi replaced Rahul Chahar in the semi-final matchup against Tamil Nadu for the 2019–20 Syed Mushtaq Ali Trophy, and he contributed a significant 22 runs with the bat. Bishnoi has so far taken seven wickets in five Vijay Hazare games for Rajasthan, with his best figures being three for 49 runs. Bishnoi participated in the Deodhar Trophy with India a  team in the Deodhar Trophy, where he played one match and gave up 63 runs in eight overs to India C while only taking one wicket.In the 2019 BCCI Vinoo Mankad Trophy, he played for Rajasthan and claimed 17 wickets in 7 games. He had the most wickets in the competition. He was able to qualify for the U19 Cricket World Cup 2020 thanks to this performance.Despite Bishnoi's best efforts, India's U-19 team was unable to defeat Bangladesh's U-19 team in the 2020 U-19 World Cup final. With 17 wickets under his belt, including 4 in the championship match, the leg-spinner finished the competition as the most productive bowler. 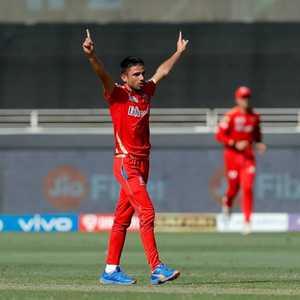 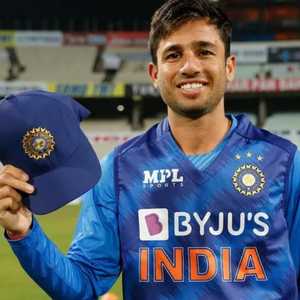 On February 16, 2022, at the Eden Gardens in Kolkata, Ravi Bishnoi made his Indian debut against the West Indies in a T20I following an outstanding IPL season. Bishnoi eliminated the formidable Rovman Powell and Roston Chase in his opening encounter. Bishnoi's bowling statistics in the next two games of the series are one wicket for 30 runs and none for 29 runs. The following week, Bishnoi claimed one wicket and amassed 32 runs in his four overs against Sri Lanka. Then, Bishnoi played his maiden away game against Ireland. He went over ten runs per over while taking the crucial wicket of Paul Stirling. At Trent Bridge, he defeated England in the game that followed. At Trent Bridge, in his next match against England, he struck out two deadly batters, Dawid Malian and Moeen Ali.Bishnoi competed in a three-match away T20I series against the West Indies in July 2022. In the opening game, Bishnoi claimed two wickets for 26 runs. He also claimed two wickets for 27 runs in the next round. Bishnoi recorded his career-best stats of four wickets for 16 runs in the series' third game. After participating in nine T20Is, Bishnoi established himself as a significant wicket-taker. Bishnoi was chosen for the Indian team for the 2022 Asia Cup due to his success in the T20I format. Only one of the tournament's games, against Pakistan's traditional adversaries, featured Bishnoi. Bishnoi went for 26 runs after dismissing Pakistan's captain, Babar Azam, in that game. Due to Bishnoi's enormous success, the Indian selection committee faced harsh criticism for leaving him out of the team for the 2022 T20 World Cup.

On October 6, 2022, Ravi Bishnoi played in his first ODI match against South Africa. Despite dismissing the famous South African batsman Quinton de Kock in his first and only ODI game, Bishnoi was struck for 69 runs in 8 overs.

Ravi Bishnoi’s Wickets and Matches Statistics as of 2022! 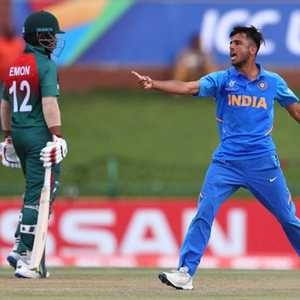 ICC U19 World Cup final between Bangladesh and India, India's U19 spinner Ravi Bishnoi played an exciting match that ruined by several events and ended on a contentious note when players from both teams got into a fight.The subject of contention was Ravi Bishnoi, who finished the competition with the most wickets. During the heated final, the highly regarded leg spinner let his emotions get the best of him and has since come under fire for his actions.After the game, Ravi Bishnoi got into a fight with the Bangladesh players after giving Avishek Das a foul-mouthed send-off. Later, he was accused of misbehaviour along with his teammate Akash Singh and three other Bangladesh players. Five demerit points were assessed to the leggie for his inappropriate behaviour during the game.After receiving criticism from everyone, he ultimately discussed the match, but he refrained from going into specifics. He made it clear in his remarks that he was sorry for what he did. 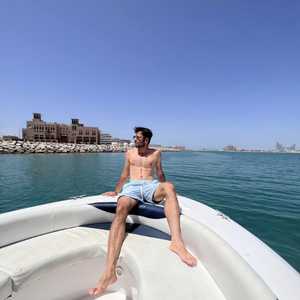 In the 2018 IPL season, he played for the  Lucknow franchise for a salary of INR 4.5 crores. The player will want to stand out in the upcoming T20 tournament to become a national contender.Before the 2020 IPL season, Punjab selected him in the auction for a sum of INR 2 crores; since then, his net worth has significantly increased. On his Instagram account, he was spotted showing off his sleek new Mahindra Scorpio earlier in the year.In 2022, Ravi Bishnoi's net worth was valued at$1.8 million (13.5 crores INR). His net worth is earned by the money he makes from the BCCI, the IPL, domestic competitions, and endorsements. 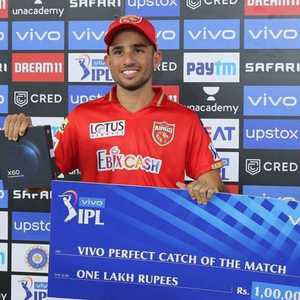 Who is Ravi Bishnoi?

Ravi Bishnoi is a young Indian cricketer renowned for his spin bowling.

What is Ravi Bishnoi’s age?

What is Ravi Bishnoi’s Mother's name?

Which IPL team is Ravi Bishnoi currently playing in?

What is Ravi Bishnoi’s religion?

What is Ravi Bishnoi's Net Worth Income?

When is Ravi Bishnoi’s Birthday?

Where is Ravi Bishnoi’s Birth Place?

When did Ravi Bishnoi make his First cricket debut?

What is Ravi Bishnoi’s Father's name?

What are the names of Ravi Bishnoi’s Siblings?

What is the height of Ravi Bishnoi?

What is Ravi Bishnoi’s Jersey Number?