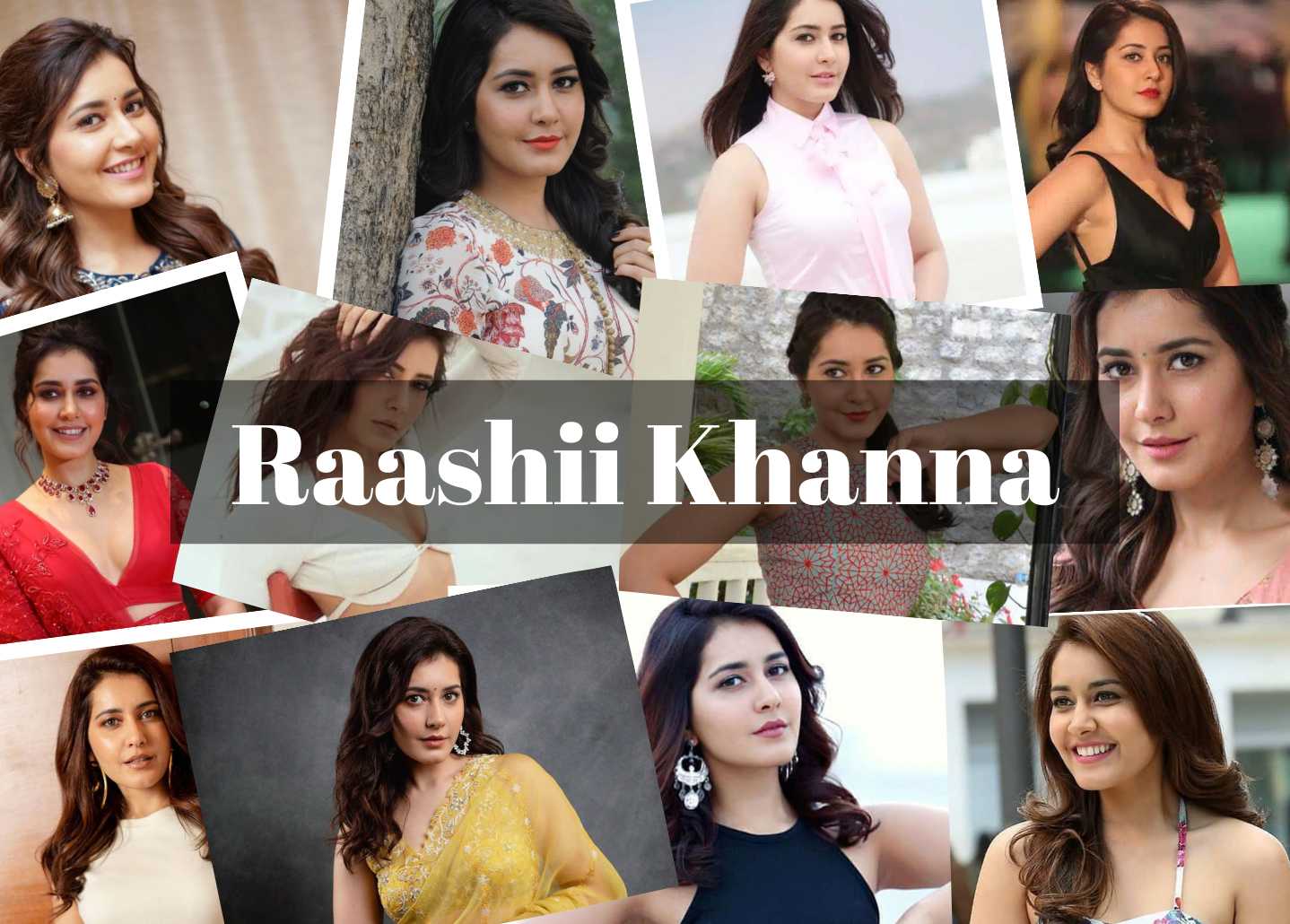 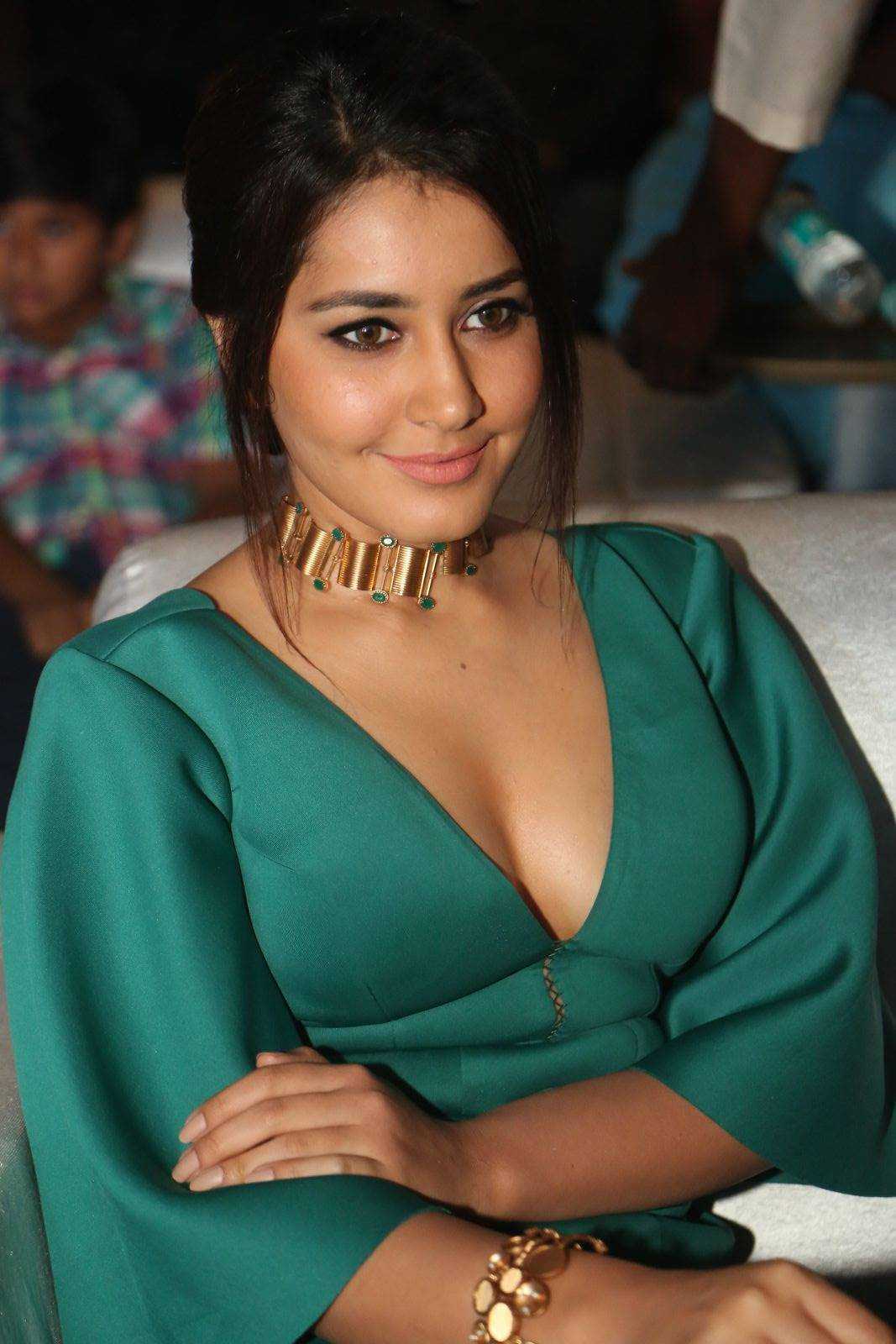 Raashii Khanna, an Indian actress and playback singer who primarily performs in the Telugu and Tamil cinema industries, was born on November 30, 1990. With the Hindi film Madras Cafe (2013), she made her acting debut in a supporting role. She then made her debut as a female lead with the Telugu film Oohalu Gusagusalade (2014), the Tamil film Imaikkaa Nodigal (2018), and the Malayalam film Villain (2017).

In the 2013 Hindi political spy thriller film Madras Cafe, directed by Shoojit Sircar, Khanna made her acting debut in a supporting role as Ruby Singh, the wife of an Indian intelligence officer played by John Abraham, who also served as the film's producer. 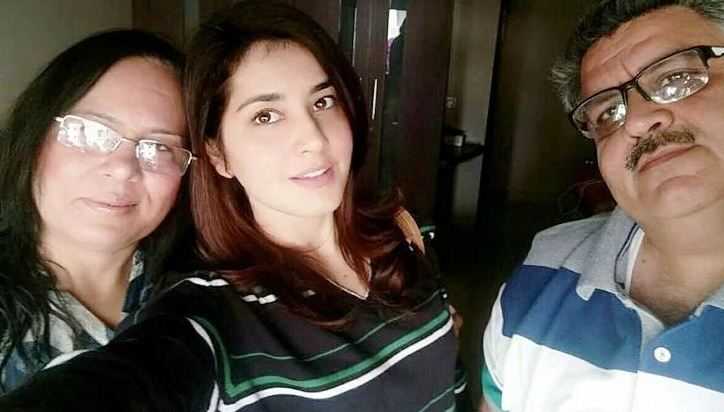 Khanna was born in Delhi on November 30, 1990. She attended St. Mark's Senior Secondary Public School in Delhi for her academic career, and Lady Shri Ram College in Delhi is where she received her B.A. in English with honours.

Raashii Khanna claimed that she excelled in academics and was a serious bookworm in both high school and college. Khanna initially wanted to be a singer, but as she got older, her focus shifted to academics and she now wants to be an IAS official. Khanna asserts that becoming an actor was not her destiny and that she had no interest in modelling or in acting. 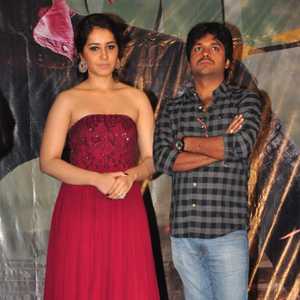 Raashi Khanna, the actress who has recently been the centre of attention, has been very upset by the rumours that she is dating Anil Ravipudi. She thought it was completely absurd that anyone would write such things about her without providing solid proof. I am not currently involved with anyone, she declared. At this time, I am more willing to work for my acting career than for anything else.

She continued, I am a dear friend of filmmaker Anil Ravipudi, and he gave me a terrific role in Supreme. As a way of paying tribute to that film, I sang the song in Raja The Great. Ravi Teja is a buddy, so sharing screen time with him is another reason. The movie allowed me to express myself while performing humour.

She went on to voice her frustration with the rumours and denounce those who spread them. I am a woman and a daughter of my parents, she continued. Such rumours and innuendo about me have wounded my family and me. 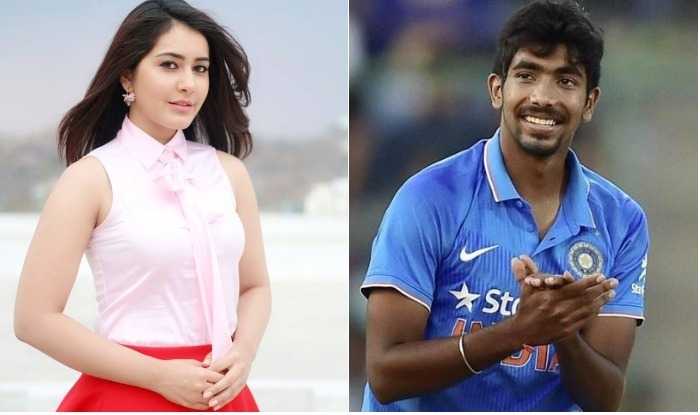 Raashi Khanna, a Tollywood actress best known for her roles in the films Supreme, Jai Lava Kusa, and Toli Prema, is rumoured to be dating Team India's young pacer Jasprit Bumrah. She was once said to be dating Naga Shaurya, according to rumours. However, it is now thought that she may be seeing the Indian cricketer after she denied those rumours.

Raashi allegedly started the dating rumours when she admitted in an interview that she is a huge cricket fan and doesn't miss any of the games where the Indian team is competing. The Tollywood diva purportedly admitted that she watches cricket mainly to see Bumrah play because she is a huge fan of his bowling abilities. 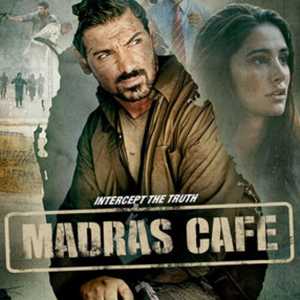 A 2013 Hindi-language political action thriller film with John Abraham, Nargis Fakhri, and debutant Raashi Khanna in the key roles, Madras Cafe was directed by Shoojit Sircar. The movie takes place in the late 1980s and early 1990s, at a time when Rajiv Gandhi, the Indian prime minister, was assassinated and India intervened in the civil war in Sri Lanka.

Shortly after the Indian peacekeeping team was forced to leave, the intelligence service R&AW selected an Indian Army special officer to oversee covert activities in Jaffna. Madras Cafe was made available on August 23, 2013. The movie did more than normal, according to Box Office India. 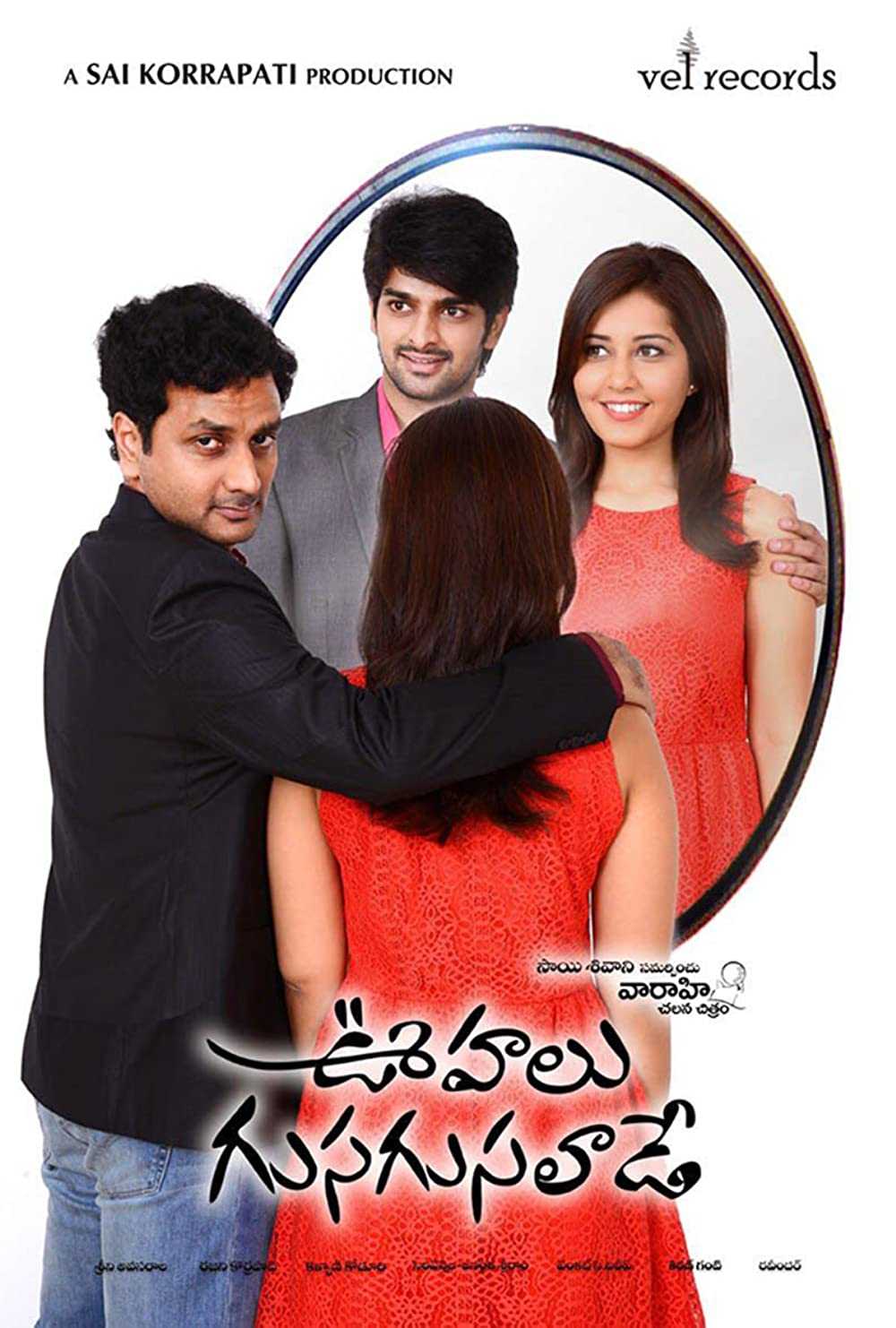 Srinivas Avasarala, who made his directorial debut in 2014, wrote and directed the romantic comedy Oohalu Gusagusalade (imaginations whispered). Sai Korrapati and Rajani Korrapati are the producers of the movie under the Vaaraahi Chalana Chitram brand. Avasarala, Naga Shaurya, and Raashi Khanna make their Telugu cinema debuts. The story centers on two guys who fall in love with a young girl named Prabhavati (Khanna), and it is an adaptation of Edmond Rostand's 1897 French play Cyrano de Bergerac.

The soundtrack for the movie was written by Kalyani Malik, and the cinematography and editing were done by Venkat C. Dileep and Kiran Ganti, respectively. Principal photography for the movie began in October 2013, and it was primarily filmed in Hyderabad and Visakhapatnam. The movie was widely distributed on June 20, 2014, following extensive promotion. The movie opened to favourable reviews and went on to become a financial success. According to Film Companion, the movie is among the 25 Greatest Telugu Films Of The Decade.

The movie depicts Jai, Lava, and Kusa, three identical triplets who grow up separately and choose diverse routes in life. Jai turns become a bad guy, Kusa turns into a small-time criminal, and Lava turns into a banker. Jai, the oldest of identical triplets, struggled with stammering from a young age. When they all reconnect as adults, he grows to hate his younger brothers and wrecks havoc in their lives.

Principal photography began on February 10, 2017, the same day that the movie received its official release. With the exception of a few scenes shot in Pune, filming took place in Hyderabad and was completed in September 2017.

On September 21, 2017, the first day of the Navratri season, the movie opened on 4,000 screens. The film received mixed reviews from critics, who commended Jr. NTR for his performance in a triple part but criticised the screenplay. The movie was a triumph at the box office, earning over 130 crore globally. It was shown in the Best of Asia category at the Bucheon International Fantastic Film Festival in South Korea. 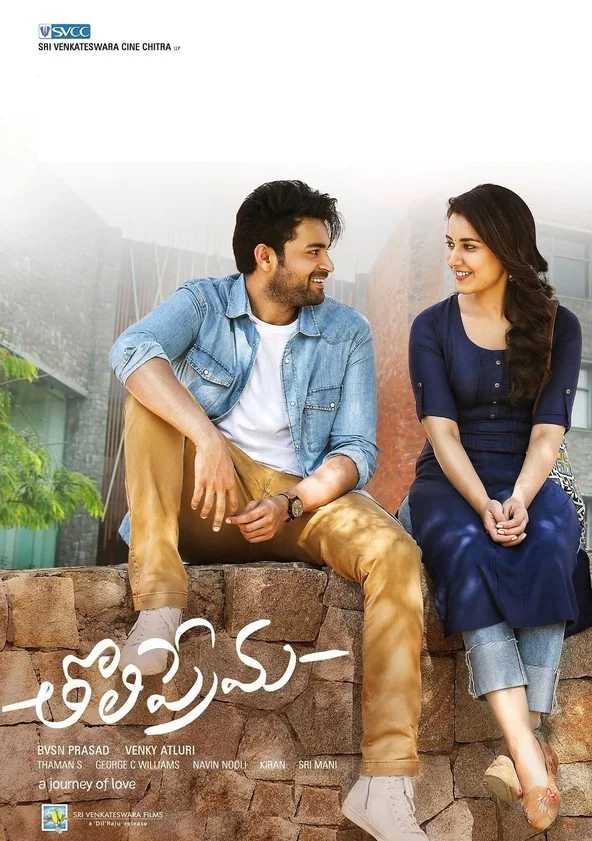 First love is the subtitle for the 2018 Indian Telugu romantic drama film Tholi Prema, which was written and directed by Venky Atluri. The movie, which is starring Varun Tej and Raashi Khanna, is produced by B. V. S. N. Prasad's Sri Venkateswara Cine Chitra. S. Thaman wrote the soundtrack, and George C. Williams and Naveen Nooli, respectively, did the cinematography and editing.

London and Hyderabad were the locations for the film's primary photography. The movie, which was released on 10 February 2018, was a commercial success, earning over 45 crore at the box office. It was translated into Bengali and released as Fidaa (2018). 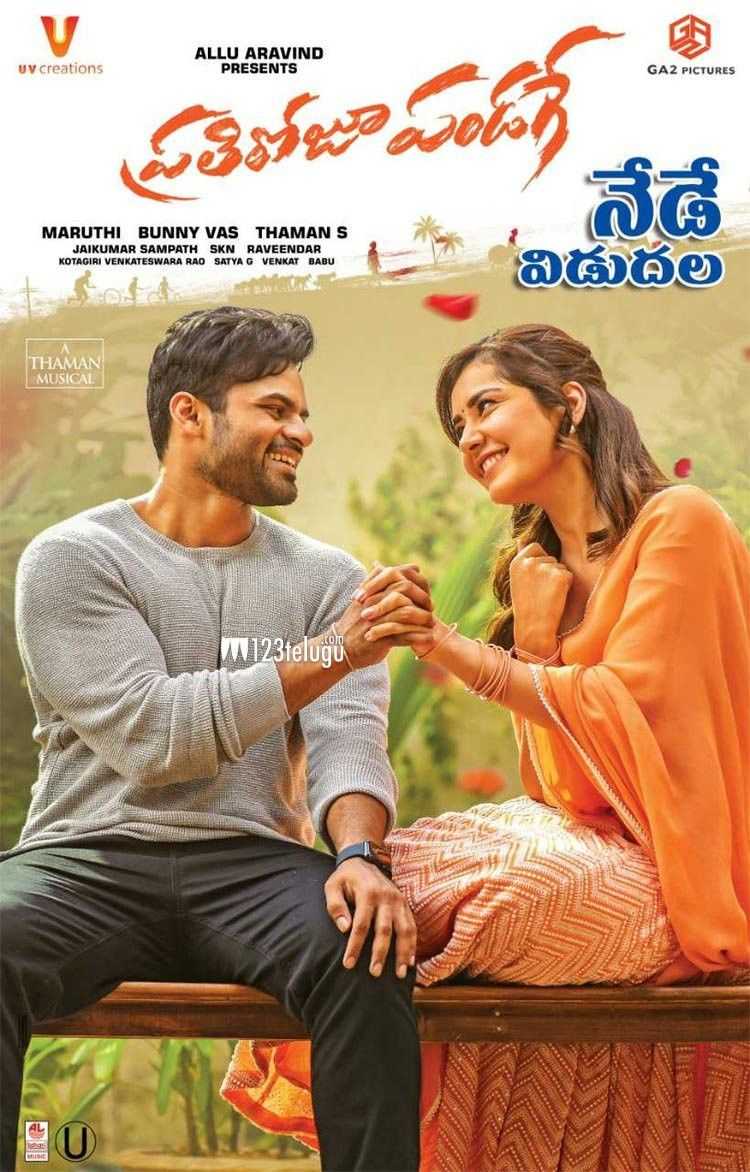 The 2019 Indian comedy-drama film Prati Roju Pandage, also known as Every Day is a Festival, was written and directed by Maruthi. Under the banners of GA2 Pictures and UV Creations, Bunny Vasu and Sreenivasa Kumar Naidu (SKN) produced the movie, which starred Sai Tej, Raashii Khanna, Sathyaraj, and Rao Ramesh in the key roles. 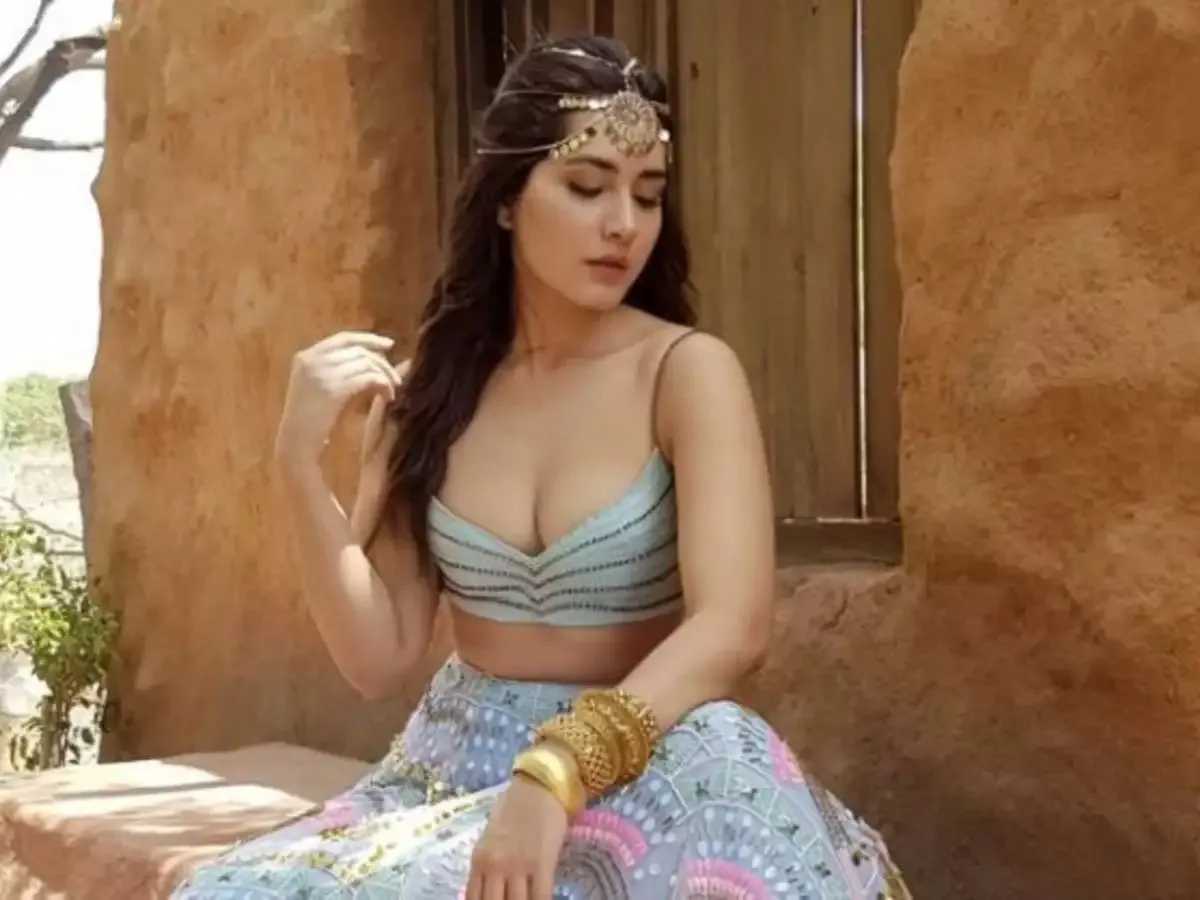 While audiences across India have begun to recognize the high caliber of South Indian films, actress Raashii Khanna became embroiled in a scandal after she made an appearance in the most recent Disney+ Hotstar original Rudra. In the popular psychological thriller, Raashii portrayed Dr. Aliyah Choksi, a scientist with criminal aspirations. She starred opposite Ajay Devgn. Raashii was playing an antagonist for the first time, and she grabbed the audience with the part..

People weren't very pleased when reports of Rashii making divisive remarks regarding the South Indian film industry while supporting Rudra circulated online. The actress reportedly criticised the industry for being sexist and for using terms like lass and milky to describe actresses and for considering them to be nothing more than pretty faces.

Rashii, however, used Twitter to refute these false reports, writing in a tweet that she has utmost respect towards each and every language/film that she works on. She claimed that the reports were fabricated and misinterpreted, and she demanded that whoever was in charge stop. 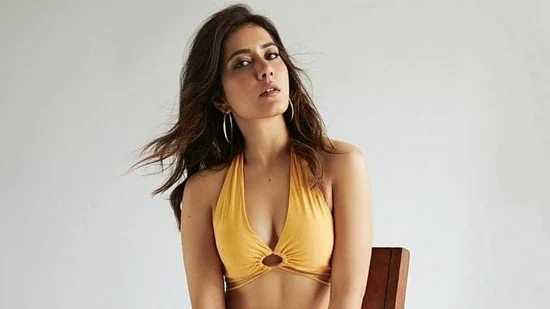 For her claimed remarks, the actress has received a lot of backlashes online, particularly from viewers of South Asian movies. The most recent clarification tweet, however, has more than 4,500 likes and appears to have cleared the air permanently.

Some individuals are still upset over what she did. Just one Hindi [web] series and you started worrying about South education levels and shit, a user who quoted the clarifying tweet stated. Wow! I'm glad that at least your admirers will get to see the [real you].

Raashii Khanna is an Indian actress with a $7 million fortune. One of the most well-known Indian actresses, Raashi Khanna mostly works in the Tamil and Telugu cinema industries. One of the most skilled and seasoned models in the South Indian profession is Raashi Khanna. She has achieved great fame for his modeling and acting abilities. She has also appeared in more than 31 Telugu, Tamil, and Malayalam-language movies.

Raashii Khanna made a name for herself as a leading lady in numerous blockbuster movies. She is also the most wealthy or well-paid actress who has achieved significant renown. Rashi Khanna was also born on November 30, 1990, in New Delhi. He stands 5.6 feet tall and weighs 57 kilograms. He has black hair and dark brown eyes. Ohlu Gusagusalde and Jai Luv Kush are two of his most well-liked blockbusters.

Research indicates that Raashii Khanna will have a net worth of about $7 million US in 2022. His main sources of income are Tamil and Telugu movies. For a film, she demands more than one crore. His movies are boosting both his fame and appeal as well as his net worth. She is currently the highest-paid model because of this.

The top Indian actress in the world, Raashii Khanna, has a $7 million fortune. Rashi Khanna is the most well-known Indian actress, and many websites (Wikipedia, Forbes, IMDB) estimate her net worth to be over $7 million.

Additionally, TV ads and brand promotions bring in money for Raashi Khanna. She demands Rs. 40 lakhs for each brand endorsement. His net worth is rising every year as a result of his hugely successful movies. Her yearly revenue exceeds Rs. 6 crores. Raashii Khanna owns two mansions: one in Haryana and one in Hyderabad, both of which are opulent homes. She also owns pricey vehicles including the Audi Q7, BMW 520D, and Range Rover Vogue. 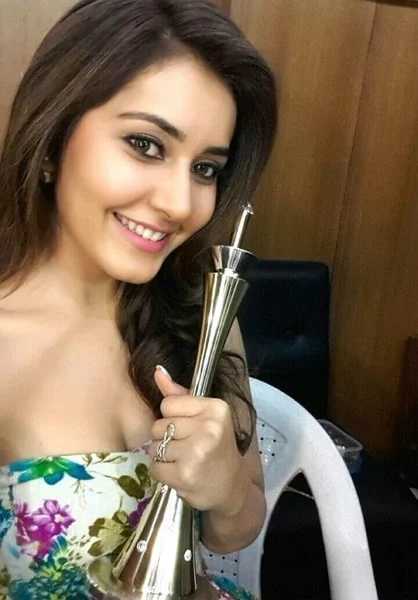 What is Raashii Khanna's salary?

What is the age of Raashii Khanna?

What is the first show of Raashii Khanna?

Who is Raashii Khanna's Mother?

How does Raashii Khanna earn?

What is Raashii Khanna's net worth?

What are the best movies by Raashii Khanna?

Who is Raashii Khanna’s Father?

When is Raashii Khanna's birthday?