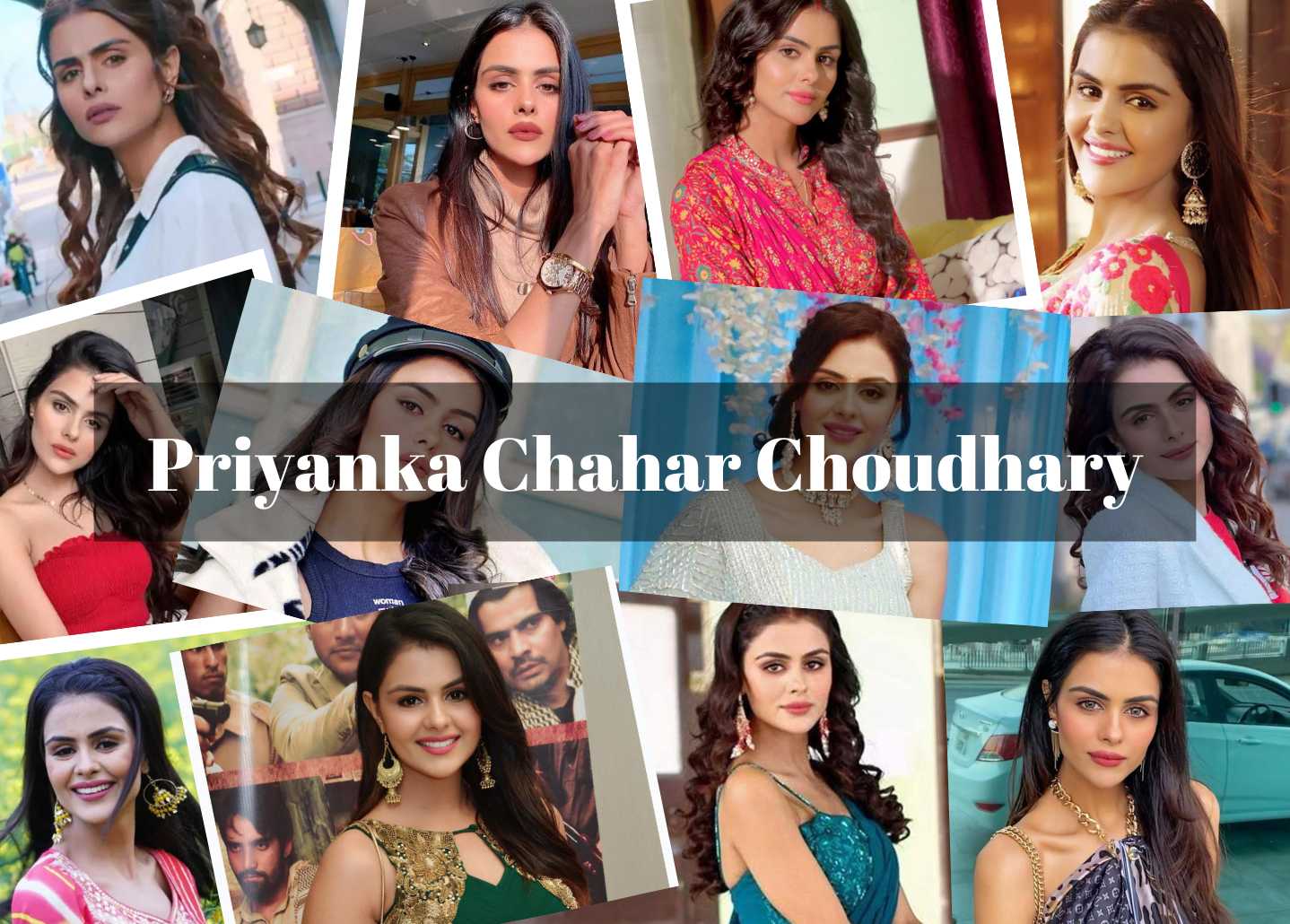 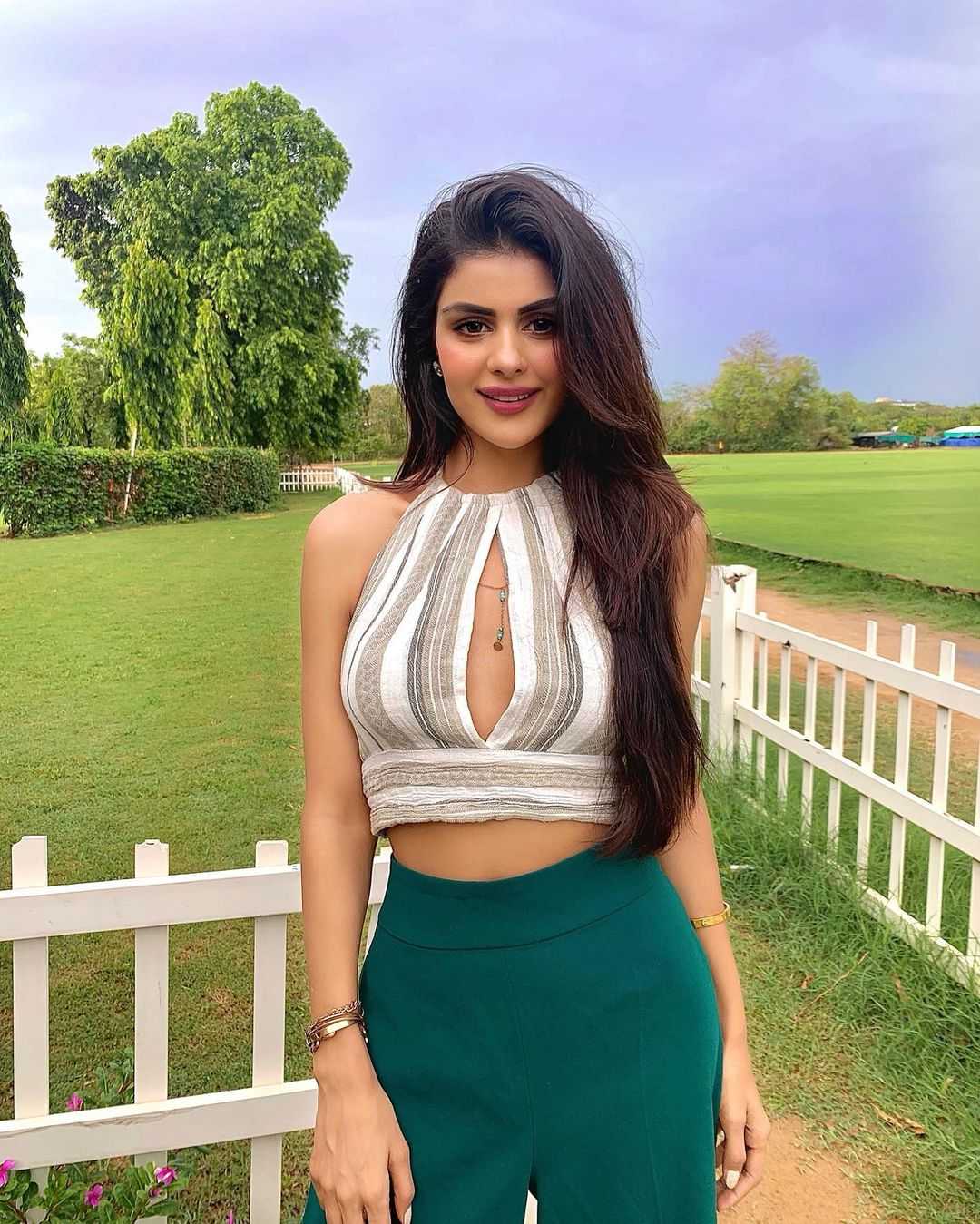 Young Bigg Boss 16 contestant Priyanka was born in Jaipur, Rajasthan. Despite having appeared in a number of music videos since making her professional debut in 2016, the actress was chosen to star in her first TV series, Gathbandhan, in 2018. Bigg Boss 16 first aired on Saturday, October 1, and has drawn a lot of interest. In the television series Udaariyaan, Priyanka Chahar Choudhary's devout Tejo won over everyone's hearts. The actress gained enormous fame from the programme, and she is now poised to rule her fans' hearts during her stay in the Bigg Boss 16 house. 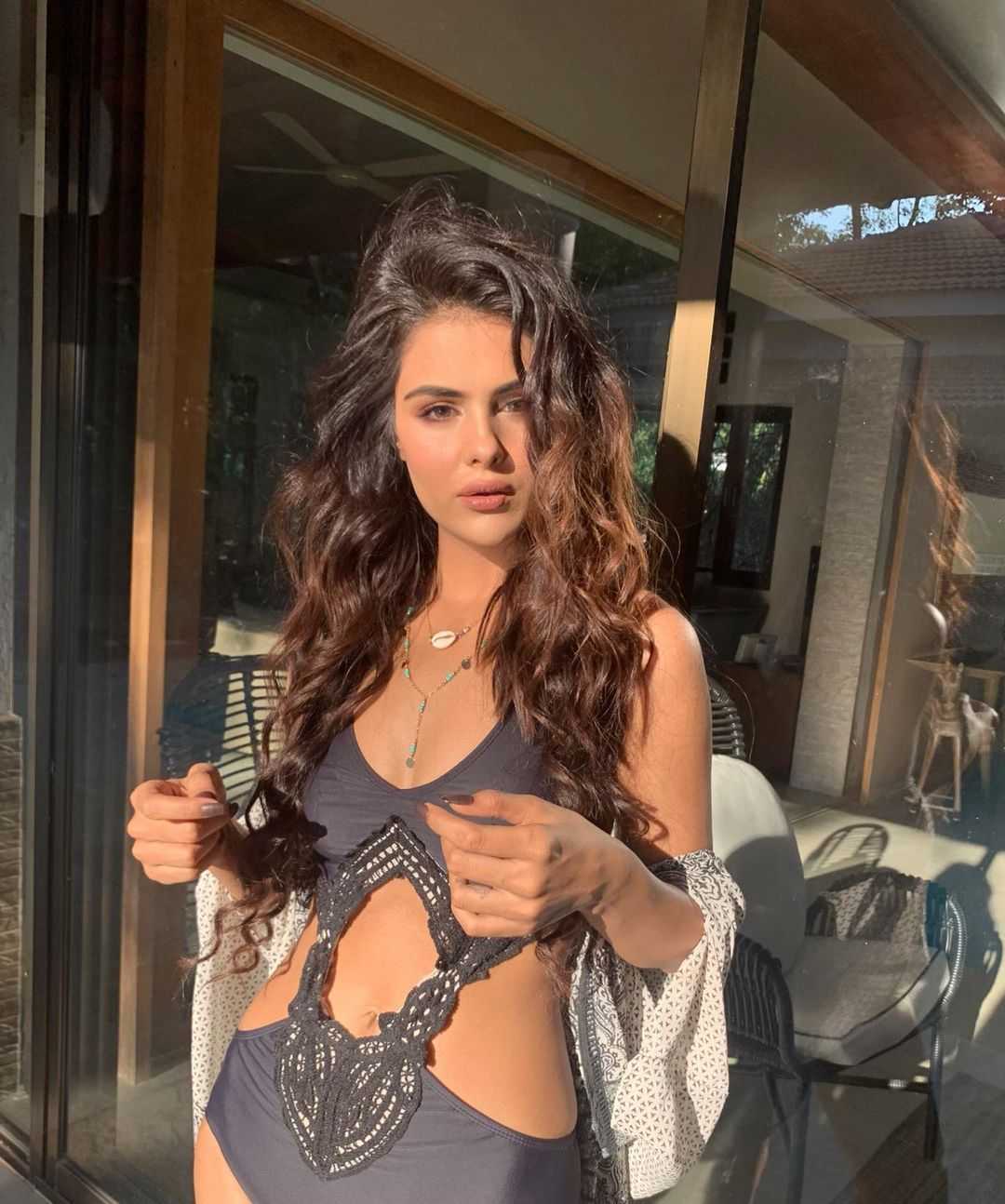 Priyanka started out as a model by participating in several music videos. Her admirers have never ceased to be impressed by her because of her amazing acting skills and seductive appearance. The actress has been in the entertainment industry since 2016. 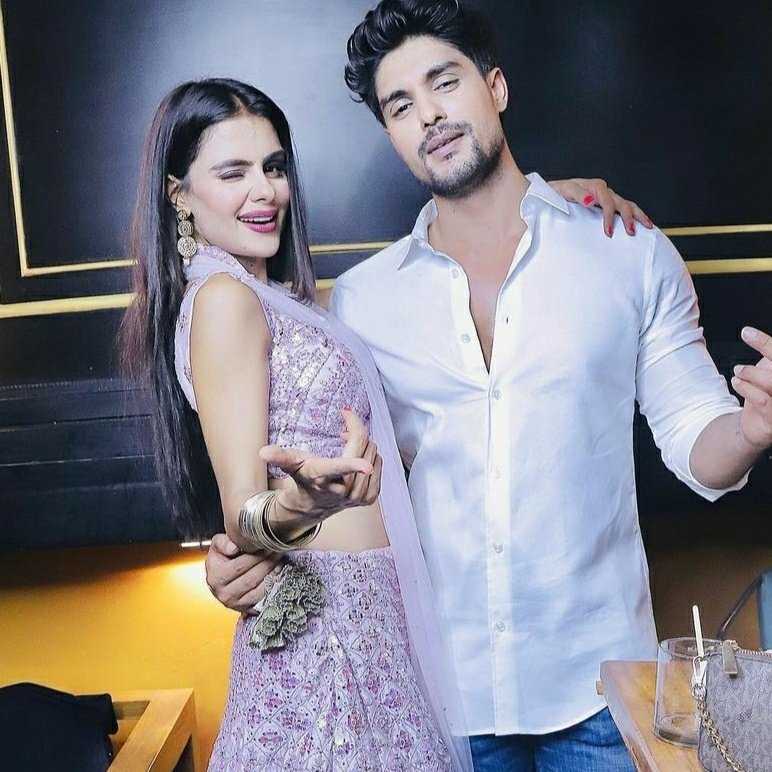 Ankit Gupta and Priyanka Chahar Choudhary, co-stars of Udaariyan, have both entered Bigg Boss 16's house together and are dealing with rumours that they are romantically involved. Even Salman Khan, who previously claimed that 'a boy and a girl can never be friends,' refused to believe Priyanka when she insisted that Ankit was her best friend. The Bigg Boss housemates of Ankit and Priyanka were also understandably suspicious of their equation and questioned Ankit about it. With regard to their relationship status, Ankit Gupta and Priyanka Chahar Choudhary have already generated a lot of buzz. Although many people think they are dating, the two made it clear on stage that they are simply good friends. Their friendship has drawn attention inside the house, though. In a recent teaser, Priyanka Chahar Choudhary queries Ankit about his relationship with Priyanka beyond their friendship. He explains, 'We are both very organised and clear. I don't want a future, but she does.' 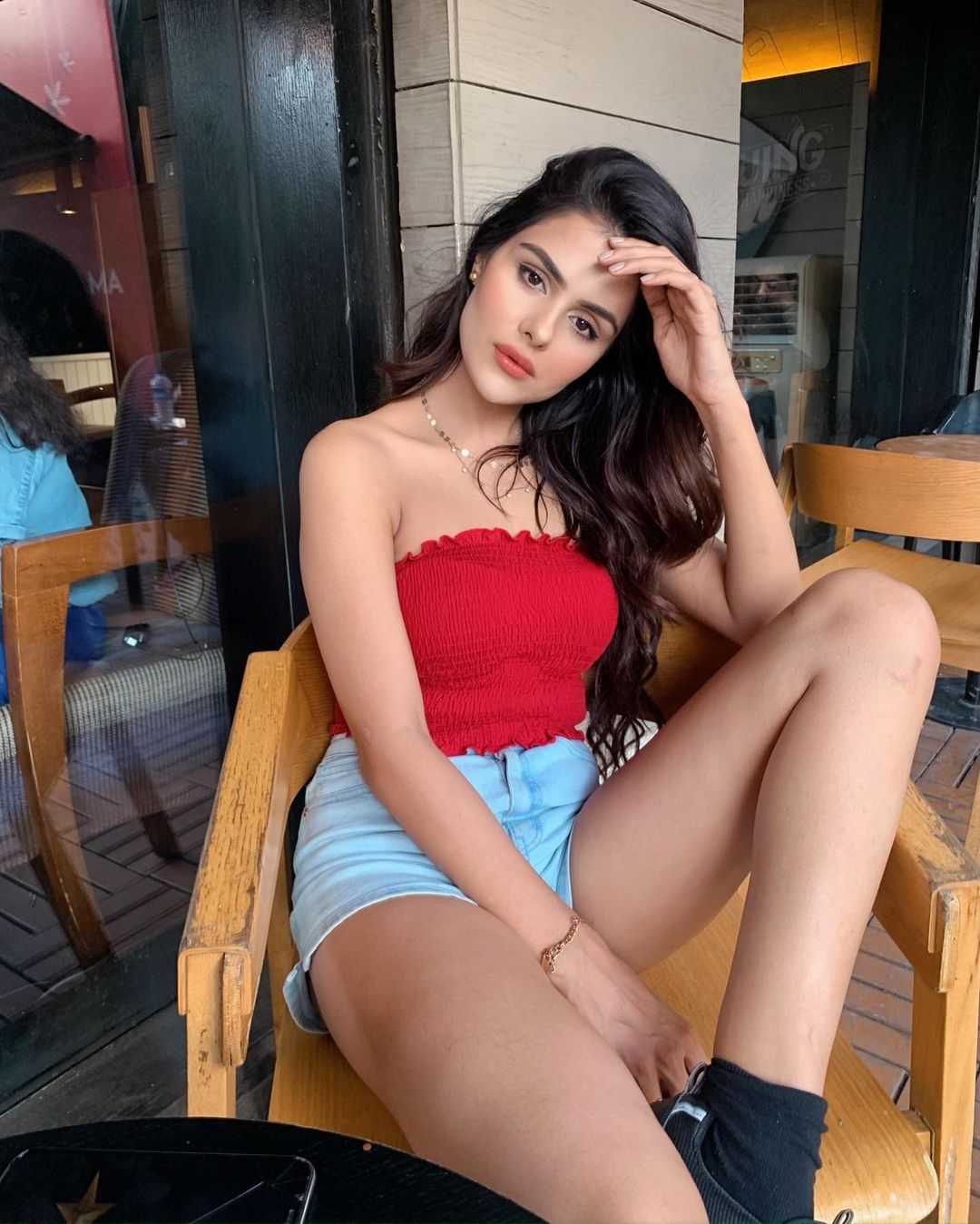 She also appeared in the Ullu App web series '3G Gaali Galoch Girls' in 2019. She also appeared in the Bigg Boss 14 finale to promote her serial ' Udaariyaan '.  In 2019, she made her acting debut as Sejal Parekh in the TV series 'Gathbandhan.' Later that year, as Kriti, she appeared in the serial 'Yeh Hai Chahatein.' She had a brief negative role. She has also appeared in the popular television series 'Savdhaan India.' As of 2021, she is Tejo Virk, the female lead in the Colors TV show 'Udariyaan.' Her co-stars in this serial are Ankit Gupta as Fateh Singh Virk and Isha Malviya as Jasmin Sandhu. 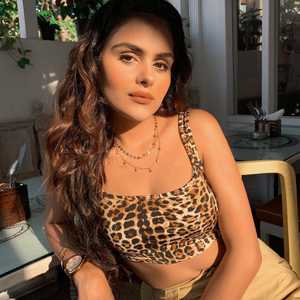 Priyanka has made headlines as a result of this serial. Her fans dubbed her 'Sherni' based on her performances. In the television series Udaariyaan, Priyanka Chahar Choudhary's devout Tejo won over everyone's hearts. The actress gained enormous fame from the programme, and she is now poised to rule her fans' hearts during her stay in the Bigg Boss 16 house. Priyanka arrived at the programme with her co-star Ankit Gupta, and the show's host Salman Khan couldn't stop making fun of their relationship while the two continued to be referred to as 'best friends.'

When asked by Pinkvilla if competing on Bigg Boss was always on her mind, Priyanka Chahar Choudhary replied, 'Actually, Bigg Boss has always piqued my interest. It's a completely different world. I'm a person who enjoys trying new things and having new experiences, so when the opportunity presented itself, I was all in.'

Gathbandhan is an Indian drama television series that airs on Colors TV and the VOOT OTT platform. Shruti Sharma, Abrar Qazi, and Sonali Naik star in the film, which premiered on January 15, 2019. Gathbandhan is the story of two people who are diametrically opposed. Raghu Jadhav, played by Abrar Qazi, is the gangster of Dombivli. Dhanak Parekh, played by Shruti Sharma, is Mahendra's daughter, and her ambition is to become an IPS officer. Raghu's mother, Savitri Bai, who is played by Sonali Naik, is also a powerful woman.

Raghu and Dhanak first meet when Raghu goes to kidnap Dhanak's father Mahendra Parekh, played by Rajiv Kumar. Raghu falls in love with Dhanak at first sight, and as a result of the circumstances, Raghu and Dhanak marry. Dhanak's determination to achieve her goal qualifies her as an ACP officer. Dhanak abandons Raghu due to his bad habits and occupation. Dhanak is eventually persuaded to return home to Raghu, but with some conditions. Watch the show to find out what happens next and what the conditions are. Will Raghu accept her terms or abandon her?

Muzammil Desai directed and Shobha Kapoor and Ekta Poor produced the Colors Tv serial Parineeti. The much-anticipated television series will premiere on February 14, 2022. The show aired on Colors TV from Monday to Saturday at 10:00 p.m. Tanvi Dogra, Anchal Sahu, and Ankur Verma plays the lead characters in the show. Balaji Telefilms is behind the production of the show.

Parineeti is a Hindi language romance and drama genre Indian television serial that will air on Colors TV. The serial's plot revolves around two friends who are very different from each other but will marry the same man one day. The plot revolves around two best friends, Parineet and Neeti, who live in a traditional Sikh family in North India. Tanvi Dogra will play the main character of Parineet, who is a shy, simple 'bholi bhaali' girl, while his friend Pari is a daredevil girl who lives life on her terms.

Fateh Singh Virk and two sisters, Tejo and Jasmin Sandhu, form a love triangle in the story. Fateh falls deeply in love with Jasmin, and she returns his feelings after he accepts a job in Canada. However, Jasmin divorces Fateh because he loses his job. She later comes to regret it. Tejo and Fateh marry in order to restore the family's reputation. Tejo falls in love with Fateh after marriage, but he still has feelings for Jasmin. Tejo assists him in moving on. Jasmin comes to regret her decision, confesses her feelings for Fateh, and begins plotting against Tejo. Fateh, unable to move on, accepts her back and has an extramarital affair with her.

Tejo divorces him after learning about the affair, and he gets engaged to Jasmin and marries her, but later reveals that their wedding was staged and planned by him after learning about the evil deeds Jasmin committed to get him. Tejo staged an engagement with Angad. He has feelings for Tejo, but she declares him her friend. Fateh and Tejo fall deeply in love. To separate them, Angad and Jasmin join their hands (Fateh and Tejo). Angad later realises his mistakes. Jasmin marries Amrik, but he is killed while rescuing Tejo from Angad. Jasmin becomes pregnant with Amrik's child, but Tejo later learns that she miscarried. Jasmin fakes her pregnancy, marries Yash, and relocates to Canada.

Jasmin returns to India with Naaz after being subjected to violence by her mother-in-law. Her father will not accept her. Jasmin abandons her daughter with her family, leaving a note stating that she does not want to see them again because she is not a good person to have in anyone's life. Naaz and Nehmat become close. Naaz begins to feel envious of Nehmat's attention. Nehmat's demands force Fateh and Tejo to remarry. Fateh, Tejo, and the Virks are killed in an accident while driving back to Moga in their car. When Nehmat, Naaz, and Tejo's families hear this, they burst into tears

Bigg Boss 16: Game Badlega, KyunkiBigg Boss Khud Khelega! is the sixteenth season of Bigg Boss, an Indian Hindi-language reality television series. It will premiere on Colors TV on October 1, 2022. For the thirteenth time, Salman Khan hosted the show. For the first time, a new segment-Interactive India aired on Sunday, and Weekend Ka Vaar aired on Fridays and Saturdays rather than Saturdays and Sundays as in previous seasons. This season's Bigg Boss concept is 'Upside Down,' which means everything will be reversed from previous seasons. This season's House was themed 'Circus.' For the fourth time, the House was found in Goregaon.

Priyanka Chahar Choudhary comes from a family that is middle class. Since she was a young child, Priyanka had aspired to become an actress. After graduating, she moved to Mumbai to pursue her acting career. Priyanka got her start as a model by appearing in a number of music videos. Priyanka began her career as a model, appearing in a number of music videos. Her amazing acting abilities and charismatic looks have always worked in her favour, and fans have adored them. Since 2016, the actress has worked in the entertainment industry. Priyanka Chahar Chaudhary, who recently finished her TV show Udaariyan, is gearing up for her new adventure in Bigg Boss 16. 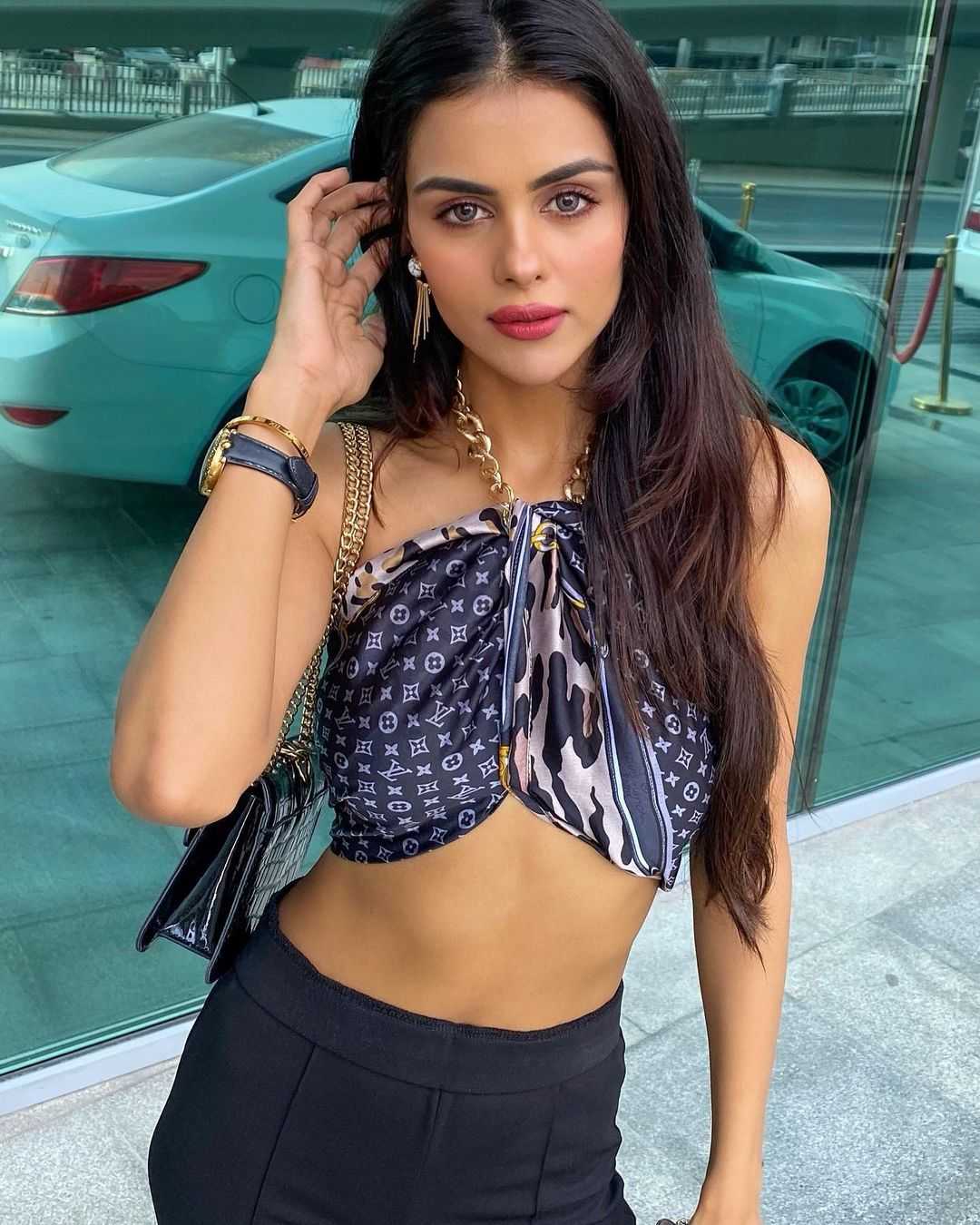 Priyanka Chahar Choudhary's net worth is thought to be around 5-10 crores. Priyanka Chahar Choudhary’s salary is approximately INR 10 Lakhs Per Month. Thanks to Udaariyan, Priyanka is one of the well-known faces in the television industry. She entered the home with Ankit Gupta, her on-screen partner. The actress is reportedly paid 5 lakh per week in the BiggBoss 16 House, according to reports. 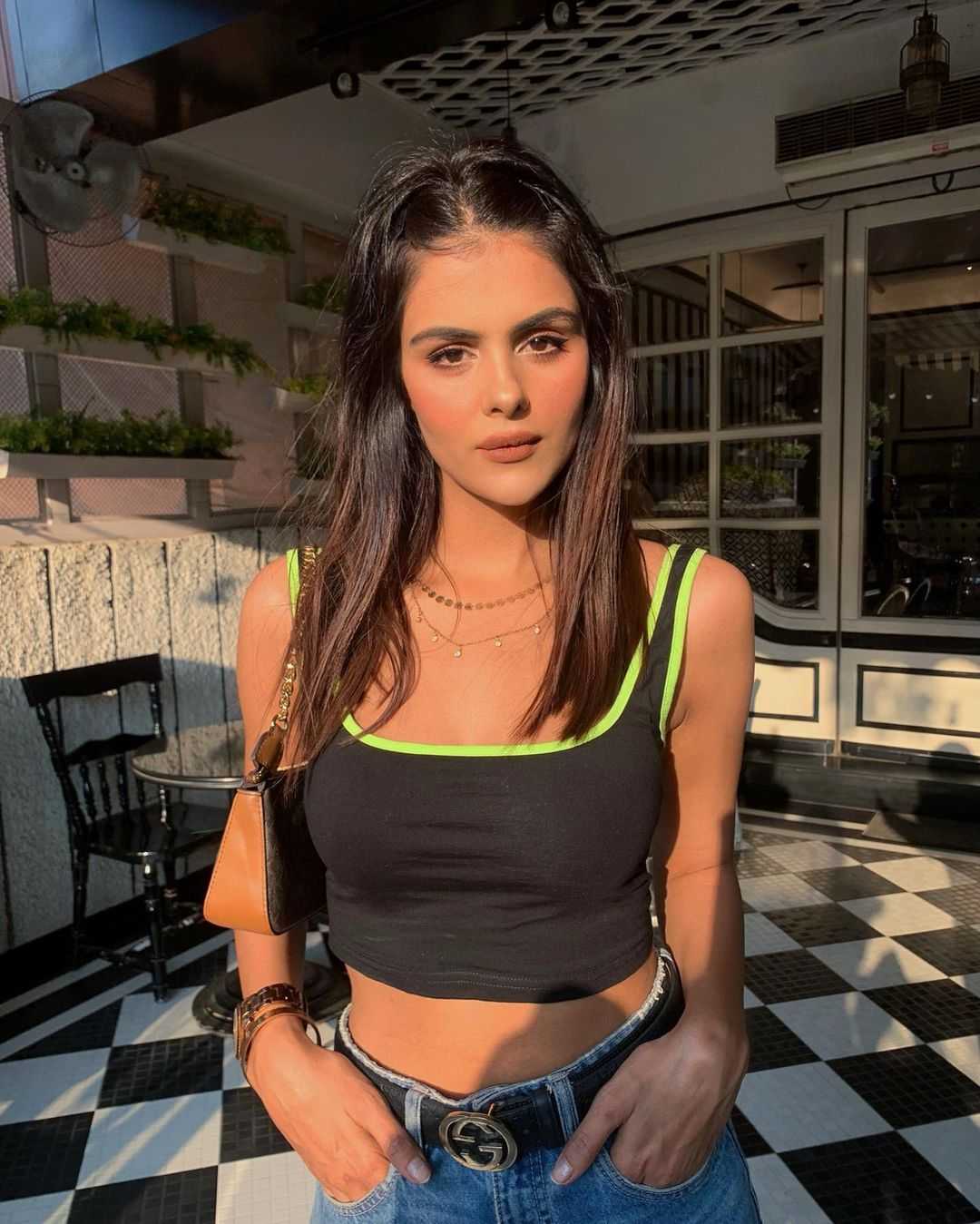 Who is Priyanka Chahar Choudhary?

Priyanka Chahar Choudhary is an outstanding actress and model from India.

When is Priyanka Chahar Choudhary's birthday?

No, Priyanka Chahar Choudhary is not married.

Does Priyanka Chahar Choudhary have a sibling?

What is Priyanka Chahar Choudhary's age?

Which school did Priyanka Chahar Choudhary go to?

What is the Networth of Priyanka Chahar Choudhary?

Priyanka Chahar Choudhary's net worth is thought to be around 5-10 Crores.

What is Priyanka Chahar Choudhary Height?

What is Priyanka Chahar Choudhary famous for?

Priyanka Chahar Choudhary is best known as an actress.

Where is Priyanka Chahar Choudhary from?

Does Priyanka Chahar Choudhary have a child?

No, Priyanka Chahar Choudhary doesn’t have a child.

Priyanka Chahar Choudhary made her acting debut with Gathbandhan in 2018.

Which college did Priyanka Chahar Choudhary go to?

What is the salary of Priyanka Chahar Choudhary?

What is Priyanka Chahar Choudhary's Weight?