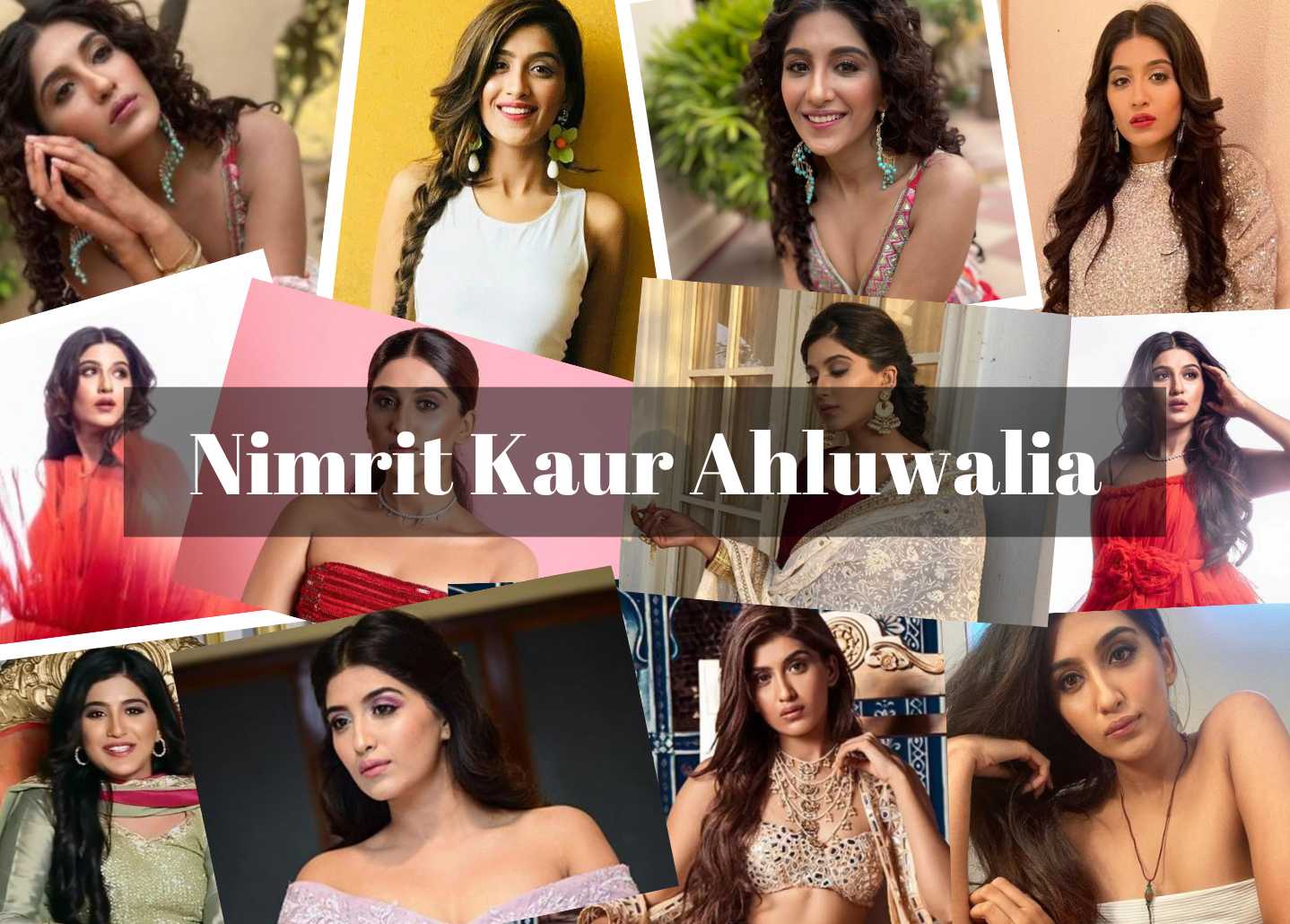 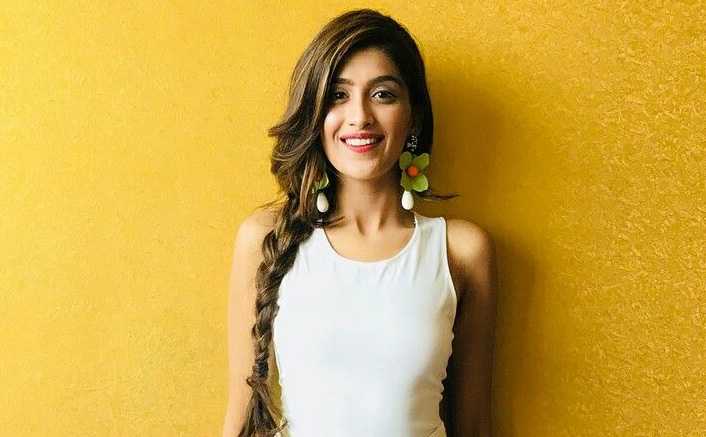 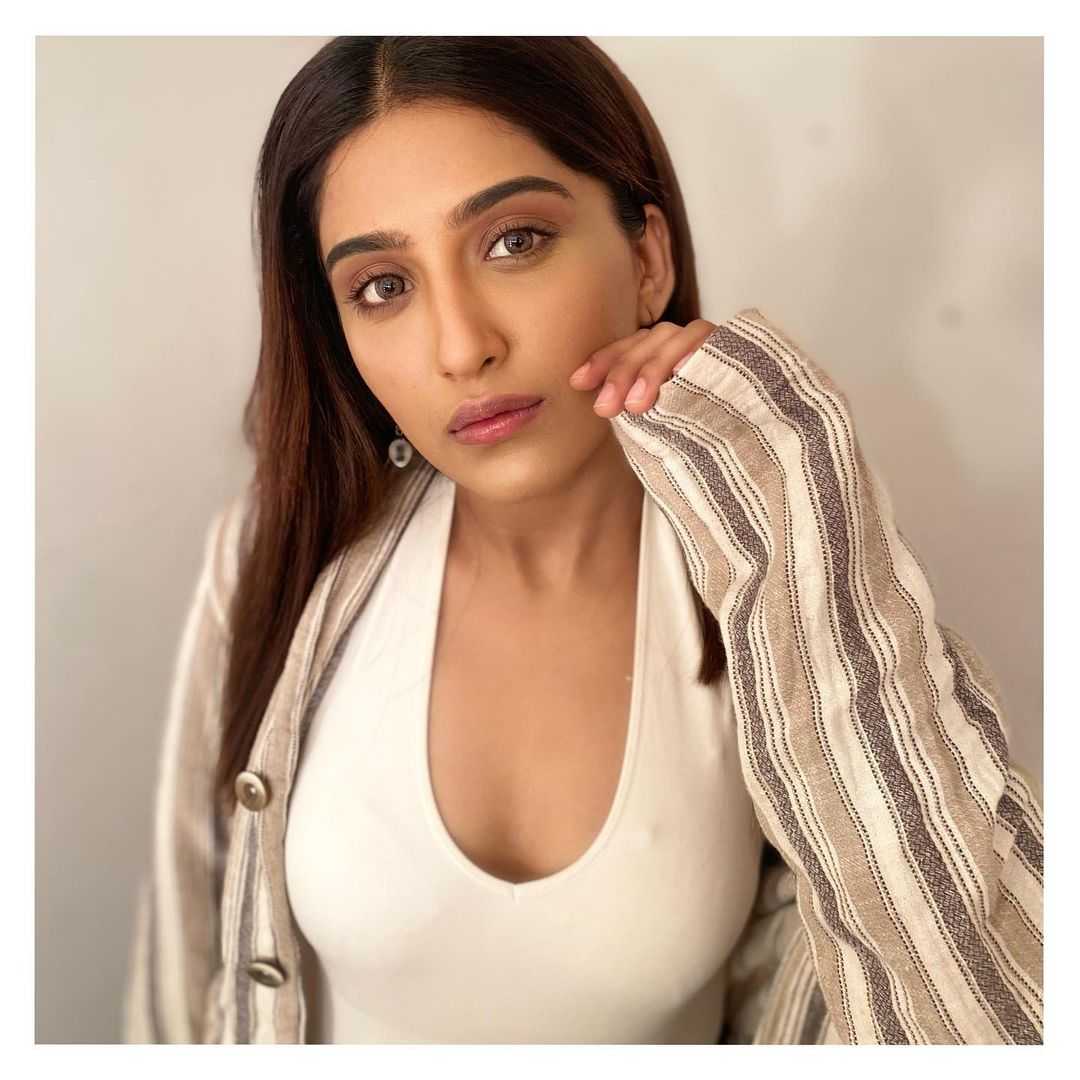 Nimrit discloses that she is single and presently unable to date anyone on a personal level. Where is the time? I would love to meet guys and find a good match. The time to go out and meet people is not available to me. On my days off, I either go to the beach by myself or go see friends. However, I typically complete unfinished business on my days off. When asked about her ideal partner, she responds that honesty and self-made success are important. These two characteristics, in my opinion, foster respect in a partnership. 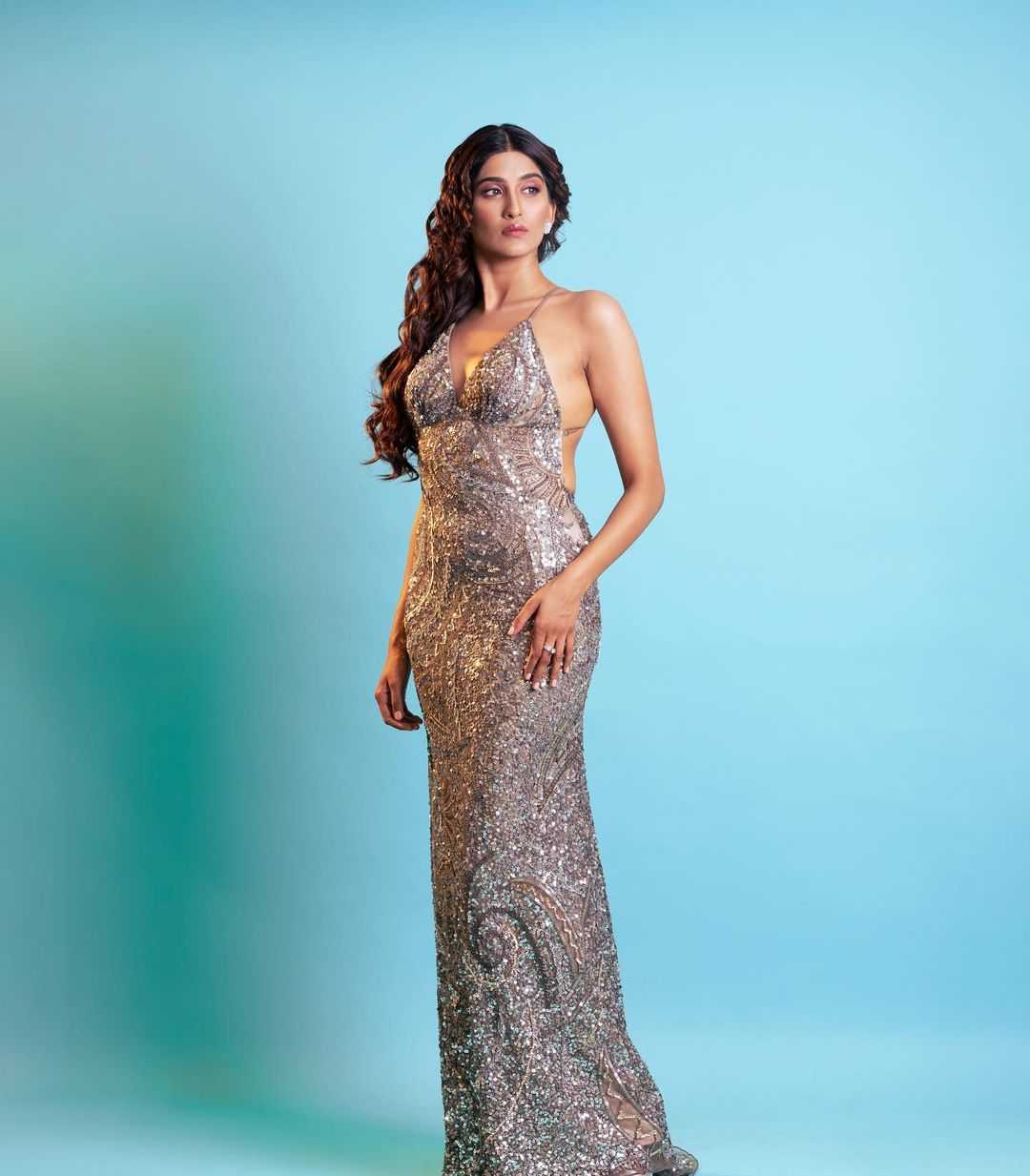 Nimrit Kaur Ahluwalia is a model and actress by profession, and after winning the Femina Miss India Manipur title, she has only been able to move up and forward. For those who are unaware, she is a lawyer by trade even though she began her career in showbiz with a few music videos. In 2018, she finished in the top 12 of Femina Miss India. Nimrit Kaur Ahluwalia was crowned the 2018 Femina Miss Manipur. She began her career by making music videos. Ahluwalia is best known for her dual roles in Choti Sarrdaarni as Meher Kaur Dhillon Gill and Seher Kaur Gill Babbar.

She is also a trained jazz dancer, so we can anticipate her to be a lot of fun to watch during the Bigg Boss 16 house's morning music. In order to relax, Nimrit also likes to swim, and Bigg Boss houses typically have a pool, so there's that as well. Nimrit is not only a multiple beauty pageant champions, but she also works as a social worker. Bigg Boss 16 will not be her first reality show. The actor previously took part in 'Khatra Khatra Khatra' and 'The Indian Game Show,' where her competitive nature was greatly noticed and admired.

Meher's mother, Gulwand, is a determined woman who hopes to become a minister in the future. Gulwand, the mukhiya of her community, is an orthodox woman with strong opinions who enjoys exercising authority over her family. Meher is a straightforward, joyful girl who loves to spread kindness and joy to those around her, in contrast to her mother. Manav, Meher's beloved boyfriend, is the centre of her world. Meher's boyfriend Manav is a loving, modest, and devoted person who adores her more than words can express. He makes a living by working in a dhaba. Manav also hopes to join the IAS so he can ask Meher's mother for her hand in marriage. According to Choti-Sardarni serial spoilers, Meher and Manav's unfinished love story is revealed when Gulwand arranges for Meher to marry Sarabjeet.

Sarabjeet is a powerful and wealthy individual. He is the loving father of Param. In order to give Param a mother, Sarab consents to marry Meher. Meher becoming pregnant with Manav's child before getting married will be the major plot twist in the Choti Sardaarni television series. According to Chotti Sardarni gossip updates, Gulwand will allegedly brutally murder Manav after learning the truth about his pregnancy. When she sees Manav lying in her lap, covered in blood, and taking his final breath on his birthday, poor Meher will sob uncontrollably. The real Meher fight for justice for Manav and her would-be child will begin after Manav's passing. She will defy expectations and take a strong stance in defence of her child and her self-respect. Watch to see how Meher will break taboos to save her child in the episodes of the serial Choti-Sardarini television series.

Bigg Boss 16: Game Badlega, KyunkiBigg Boss Khud Khelega! is the sixteenth season of Bigg Boss, an Indian Hindi-language reality television series. It will premiere on Colors TV on October 1, 2022. For the thirteenth time, Salman Khan hosted the show. For the first time, a new segment-Interactive India aired on Sunday, and Weekend Ka Vaar aired on Fridays and Saturdays rather than Saturdays and Sundays as in previous seasons. This season's Bigg Boss concept is 'Upside Down,' which means everything will be reversed from previous seasons. This season's House was themed 'Circus.' For the fourth time, the House was found in Goregaon.

Contestant Nimrat Kaur Ahluwalia from Bigg Boss 16: The long-awaited premiere of 'Bigg Boss 16' is finally here, and Salman Khan is doing everything in his power to create an atmosphere of pure excitement. The 'Bigg Boss 16' house officially welcomed all 16 contestants on Saturday, and excitement for the following season is already high. Bigg Boss 16 is expected to be a fun season for everyone because it will feature both Indian and international celebrities. Everyone was interested in learning more about Nimrit Kaur Ahluwalia, who was named the season's first captain.

Nimrit Kaur Ahluwalia of Choti Sardarni was the first contestant to join Salman Khan on stage during the October 1 Bigg Boss 16 premiere episode. She was also the first person to enter the house and quickly rose to the position of house captain. The actress has performed her duties admirably. Nimrit, who is well-known for her time on Choti Sarrdaarni, did break hearts when she made the decision to leave the programme and move on to whatever came next. During her time on the show, she took on not one but two roles, including Meher and Seher when the time leap occurred. 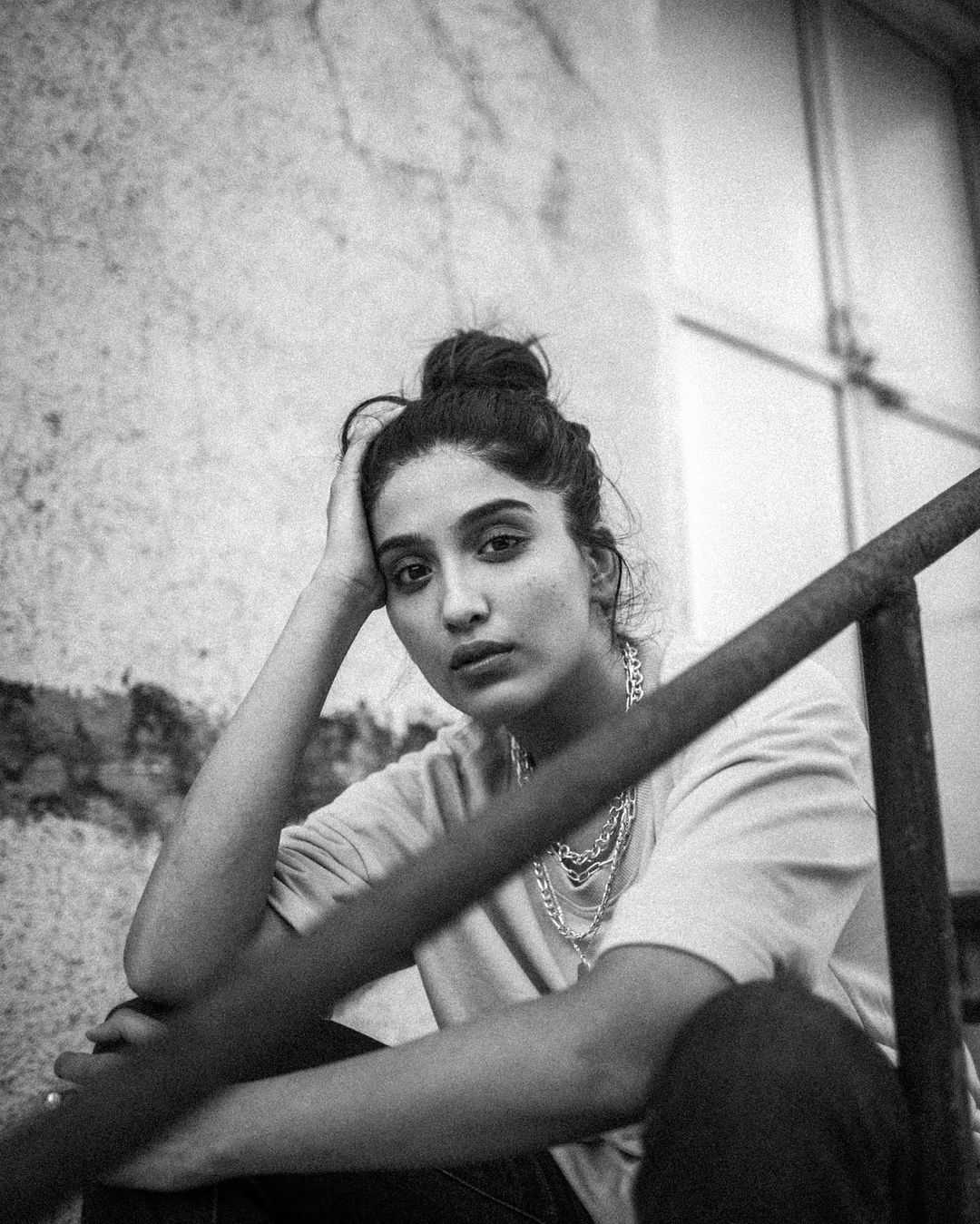 The beauty queen Nimrat Kaur Ahluwalia recently talked openly about her battle with mental illness and her difficult decisions. The beauty queen remembers feeling worried and uncertain about her circumstances. Most people 'didn't understand what was happening,' she claimed. There is a dearth of knowledge regarding mental health.  Terms like anxiety and depression are well-known to everyone. I was identified as having brain burnout.

Regarding what that is, everyone was utterly perplexed. They were making inferences that implied something was wrong in my private life, which is why it was upsetting. 'It was a process for me to understand,' Nimrat Kaur Ahluwalia continued. My psychiatrist and I would talk about how I was feeling, and after he had explained it to me, I would start reading about it. I discovered that many people have encountered this circumstance at some point in their lives.

Actress Nimrit Kaur Ahluwalia took a 40-day break from her TV show in March 2021 and returned to work once she was mentally healthier. People in the industry described her mid-show gap from her debut show, Chhoti Sardarni, to focus on her mental health as a bold move for a newcomer.

Kaur recalls how perplexed everyone around her was about her situation. 'Most people had no idea what was going on. There is a general lack of knowledge about mental health. Anxiety and depression are well-known terms. I was diagnosed with brain burnout. 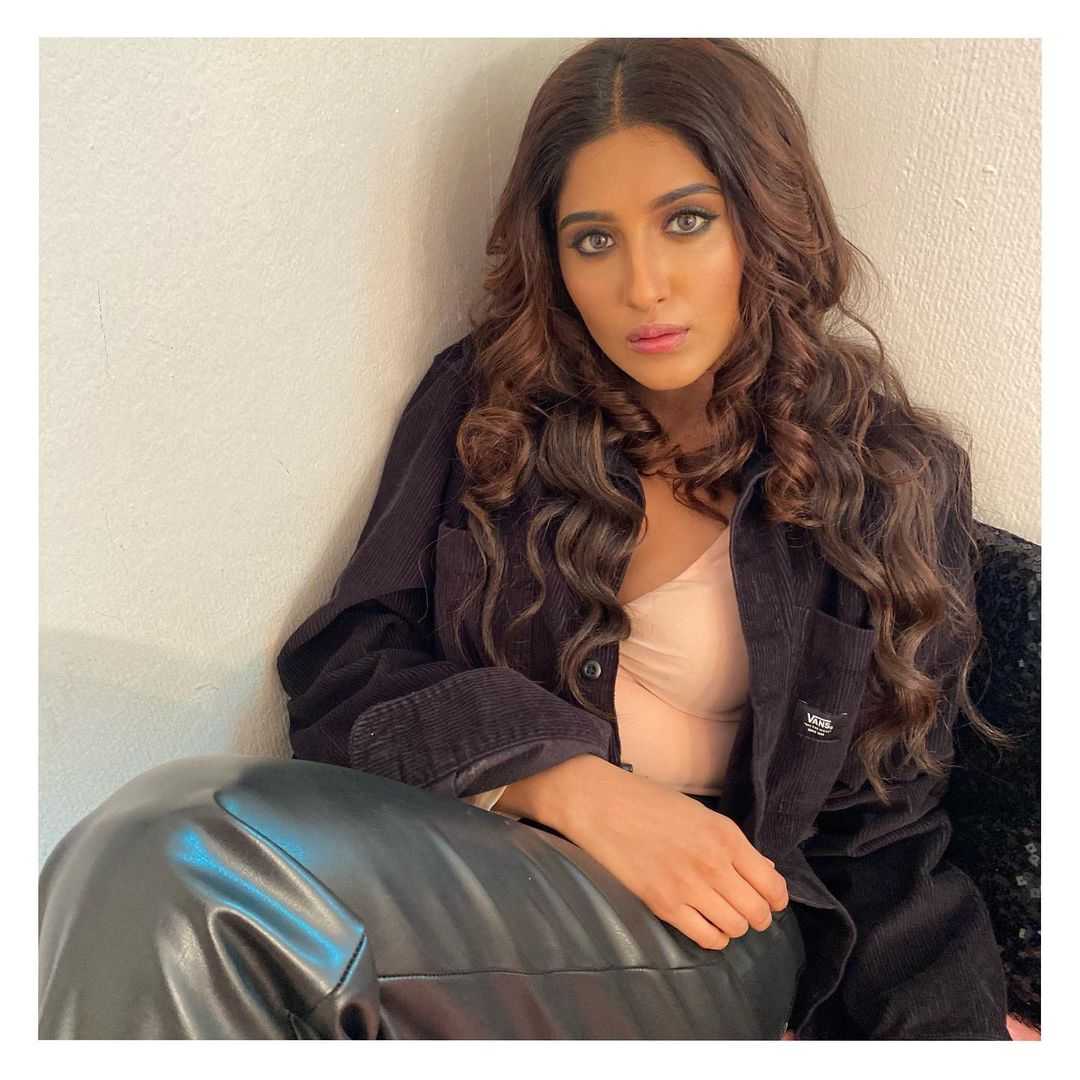 Who is Nimrit Kaur Ahluwalia?

Nimrit Kaur Ahluwalia is an actress, model, and lawyer.

When is Nimrit Kaur Ahluwalia's birthday?

No, Nimrit Kaur Ahluwalia is not married.

Does Nimrit Kaur Ahluwalia have a sibling?

What is Nimrit Kaur Ahluwalia's age?

Which school did Nimrit Kaur Ahluwalia go to?

What is the Networth of Nimrit Kaur Ahluwalia?

Nimrit Kaur Ahluwalia's net worth is thought to be around $1 million.

What is Nimrit Kaur Ahluwalia Height?

What is Nimrit Kaur Ahluwalia famous for?

Nimrit Kaur Ahluwalia is best known as an actress.

Where is Nimrit Kaur Ahluwalia from?

Does Nimrit Kaur Ahluwalia have a child?

No, Nimrit Kaur Ahluwalia doesn’t have a child.

Nimrit Kaur Ahluwalia made her acting debut with Choti Sarrdaarni in 2019.

Which college did Nimrit Kaur Ahluwalia go to?

Nimrit Kaur Ahluwalia’s College's name is the Army Institute of Law in Mohali.

What is the salary of Nimrit Kaur Ahluwalia?

What is Nimrit Kaur Ahluwalia's Weight?