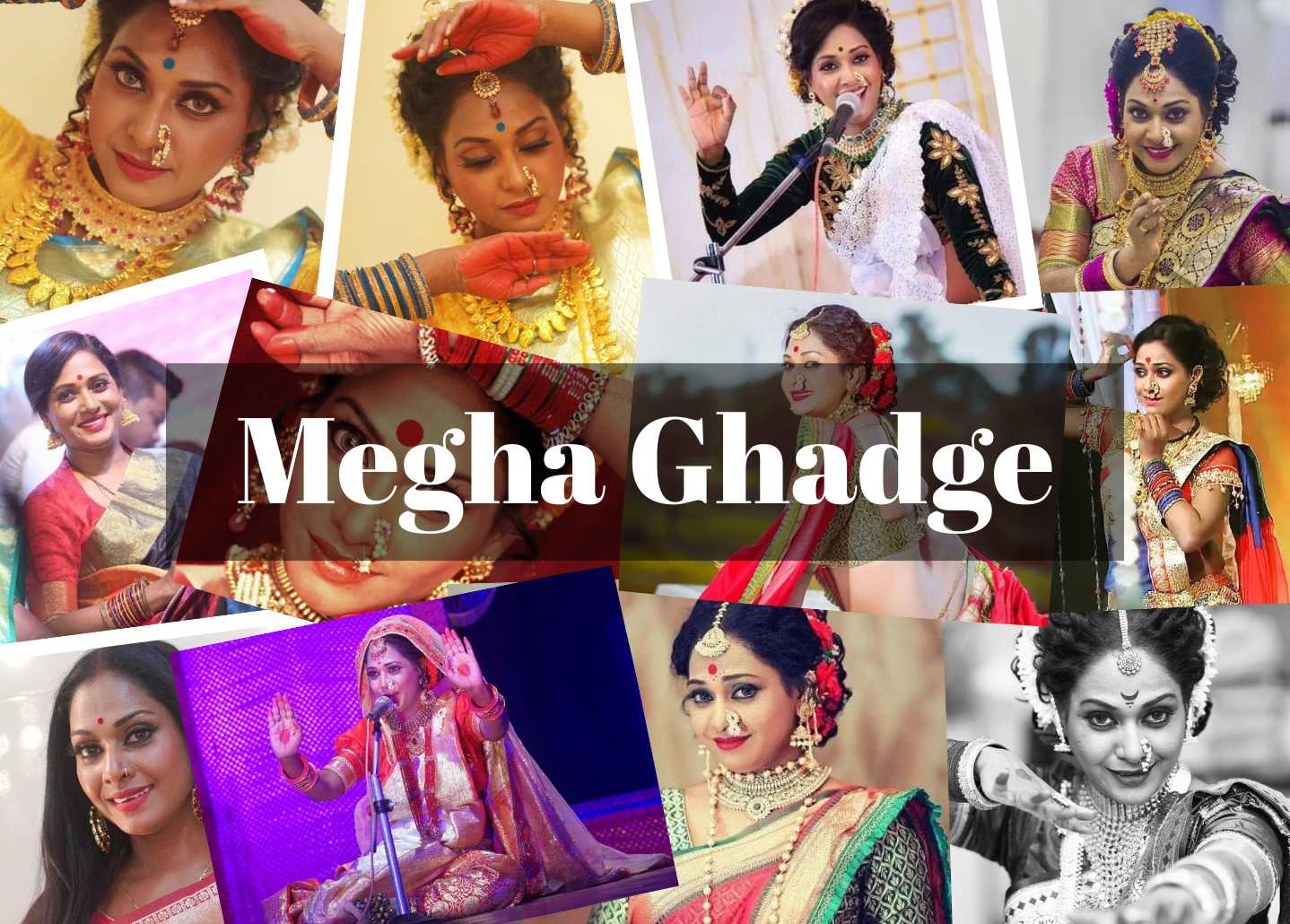 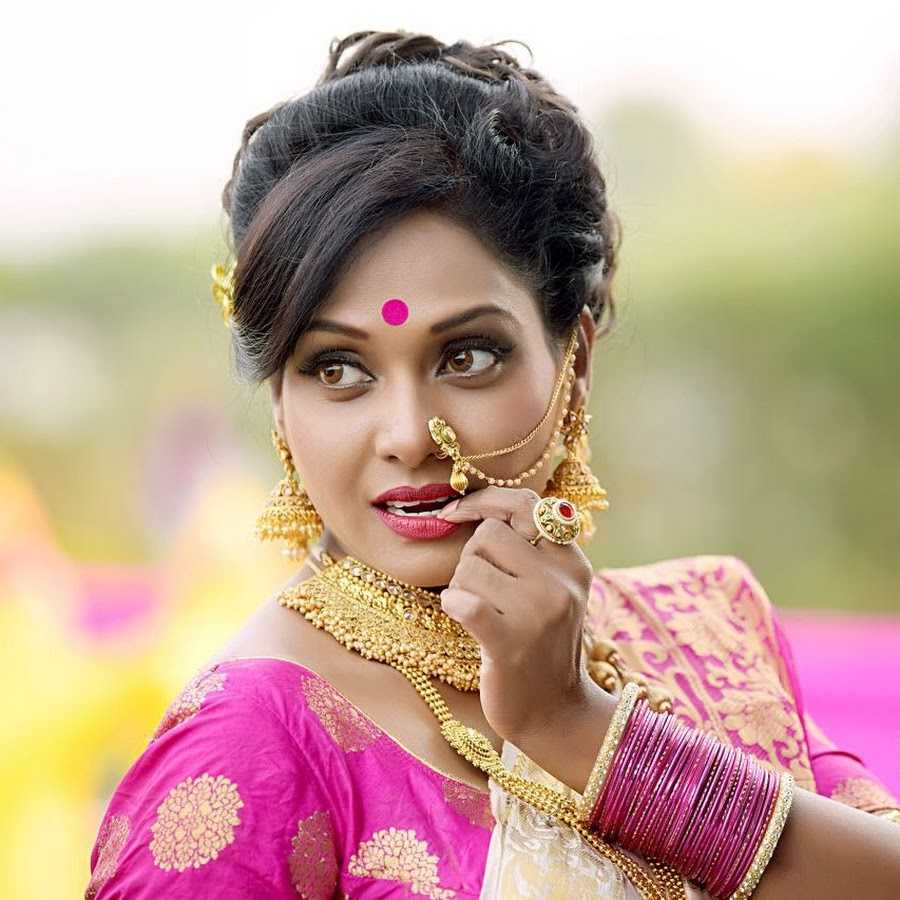 Indian actress Megha Ghadge specializes in the Marathi film industry. She is an accomplished dancer who has been in a few Marathi TV series and movies, including Chal Dhar Pakad, Maherchi Maaya, and Pachadlela. Megha's participation in the fourth season of Marathi Bigg Boss is what made her most famous.

Megha Ghadge also teaches Lavani dance and leads Megh Malhaar sessions in Mumbai's Andheri neighborhood. When the movie Pachadlela was released in 2004, Megha Ghadge made her acting debut as Soundarya Jawalkar. She is well-known for her work in films like Yedpat Gaon, Chal Dhar Pakad, and Maherchi Maaya (all released in 2007). She is also connected to Rajesh Balkrishna Jadhav's 2017 comedy-drama Chalu Dya Tumcha.

Pradhan Sukanya A young girl receives praise at school and attributes it to her mother Asha. Asha's husband Prasad, as well as her mother-in-law Shakuntala, decided to have a son throughout Asha's pregnancy. Dharmaraj Pradhan, her father-in-law and a devotee of Vithoba, learns from his acquaintances how widespread abortion of female fetuses is and vows to do something about it. After undergoing sex testing, Prasad and Shakuntala learn that Asha is expecting a girl child and plan to have the baby aborted. However, Asha is not ready for this, so the mother and the couple look for alternative solutions.


While the local MLA Jagtap has a significant role in operating an abortion facility, Dharmaraj is well aware of the intentions and prioritizes Asha's safety. Prasad learns of this and prepares to take Aasha there, but Jagtap is being closely monitored by Inspector Maya Narayangaonkar.

Crime lord Kaalidas Haridas Thakur is the target of an attempt on his life because he won't make a deal. Anwar, an innocent guy, is killed during the botched assassination, which also starts a blood feud. Pari, Anwar's daughter, promises to destroy the Thakur dynasty in order to exact revenge for her father's murder, siding instead with Vishambhar Rana, a competitor of the Thakur family.

Mahesh Manjrekar is the writer and director of the action thriller movie The Power, which is released in 2021 in Hindi. Vidyut Jammwal, Shruti Haasan, Zakir Hussain, Prateik Babbar, Sachin Khedekar, and Jisshu Sengupta are among the actors who appear in it. On January 14, 2021, the movie went live on the online streaming platform Zee Plex.

The movie received mixed reviews from critics, who appreciated the acting, editing, and action scenes but criticized the writing, direction, and pacing. 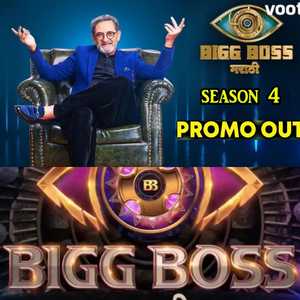 The fourth season of the reality television program Bigg Boss, which is aired in India, is known as Bigg Boss Marathi 4. On October 2, 2022, Mahesh Manjrekar and Colors Marathi debuted the first episode.

This season's theme and concept are All is well, which implies that everything will be in order and that nothing bad will ever happen in the home. This season's House has a Chawl theme.

For the third time, The House was situated in Goregaon. Bigg Boss Marathi's inaugural season featured a balcony to symbolize the country's 75th year of independence.

The direct 24x7 camera footage is also available to viewers in addition to the standard hour-long show. The program will air on Before TV on Voot Select 30 minutes before it does so on Colors Marathi, giving viewers another option.


The show airs on weekdays at 10:00 PM IST and on weekends at 9.30 PM IST for Bigg Boss Chi Chavadi. Golden eye borders surround a dark pink background. There is a rangoli-style design and the name BB in the middle.

Dombari movie has Megha Ghadge as an actress and is going to release in 2022.

Bigg Boss Marathi 4 contestants Kiran Mane and Vikas Sawant got into a verbal altercation with Megha Ghadge and Apurva Nemlekar over cooking responsibilities in a recent episode. All contestants' dishes and glasses must be cleaned, so Vikas Sawant washed them and stored them in the dry area. Megha Ghagde alerted Vikas to some problems she had discovered with several of the plates. Megha also informed each competitor that Vikas did not properly clean the plates and left food residue on them.

Vikas told Kiran Mane about Megha's accusations and said that despite doing all the work, he will not listen to anyone. Vikas was also instructed by Kiran Mane to respond to those who had falsely accused him. Later, Kiran Mane and Vikas made the decision to respond to Megha with harsh remarks in order to teach her a lesson. In front of Megha, Kiran advised Vikas to remain calm despite false accusations being made by others.

Megha questioned Vikas why they were talking about her on her back after becoming enraged at Kiran for making fun of her and upsetting him. Later, Megha, Vikas, and Kiran got into a verbal altercation, and the other competitors tried to break up the altercation. Megha has been crushing Vikas for a few days, and Kiran told the other competitors that he is now unable to stand it.

When Apurva Nemlekar entered the altercation, she told Kiran Mane to keep out of it. Later, Vikas announced to everyone that he would stop remaining mute and respond to everyone.

Megha Ghadge Net worth is not known as per October 2022. 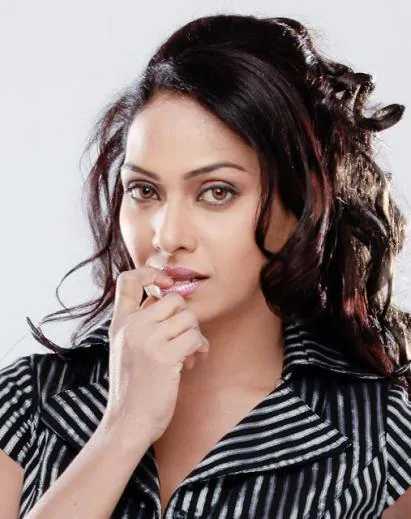 Who is Megha Ghadge?

Megha Ghadge is a Marathi actress.

Who is Megha Ghadge's Boyfriend?

Megha Ghadge has no boyfriend as of September 2022

What is Megha Ghadge's age?

What are Megha Ghadge’s famous songs?

What is the birthplace of Megha Ghadge?

The birthplace of Megha Ghadge is Pune, Maharashtra.

What is Megha Ghadge's upcoming show?

Who is Megha Ghadge's Father?

What is Megha Ghadge’s birthdate?

What are the movies of Megha Ghadge?

Megha Ghadge movies are The Power and Sukanya.
×