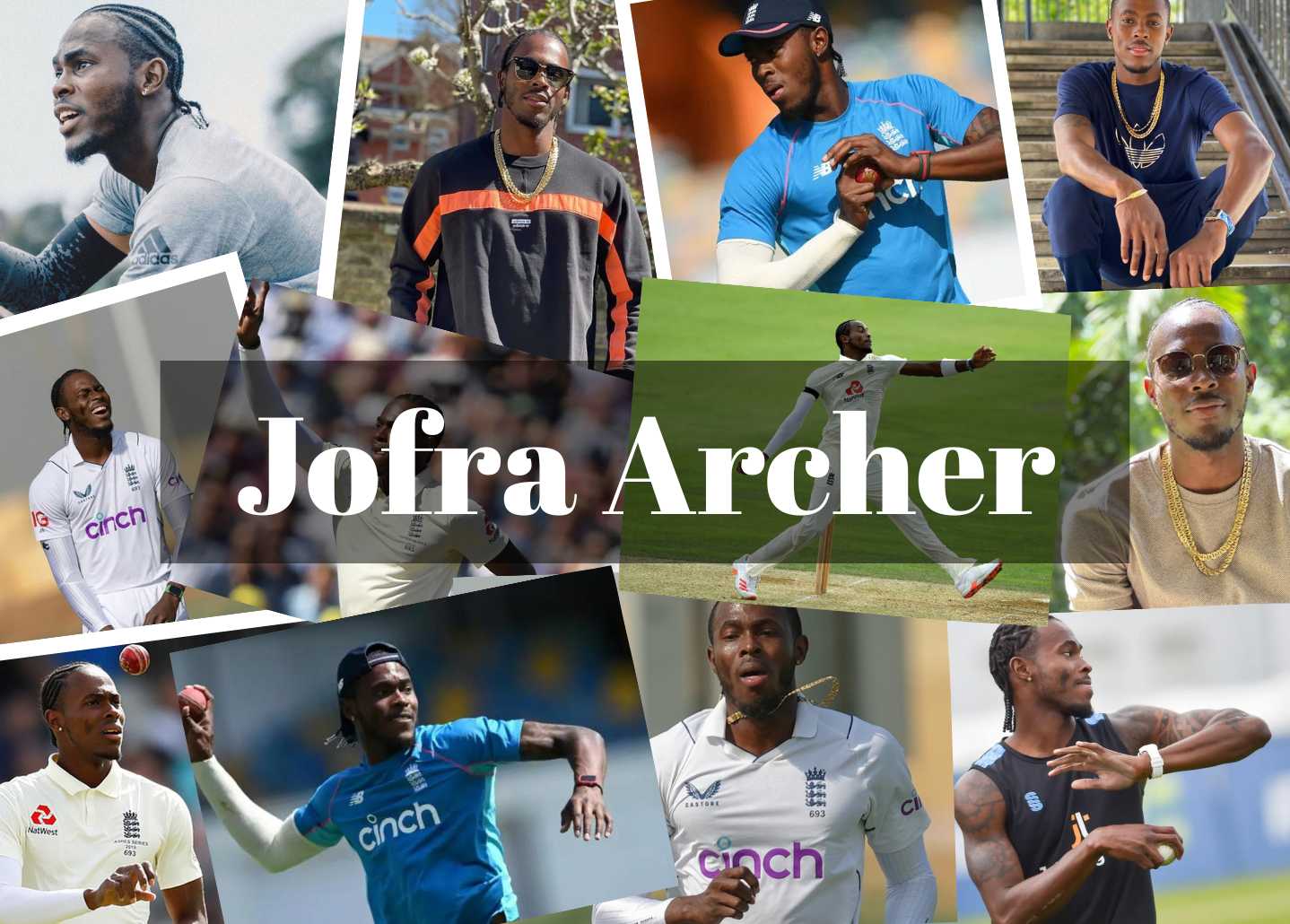 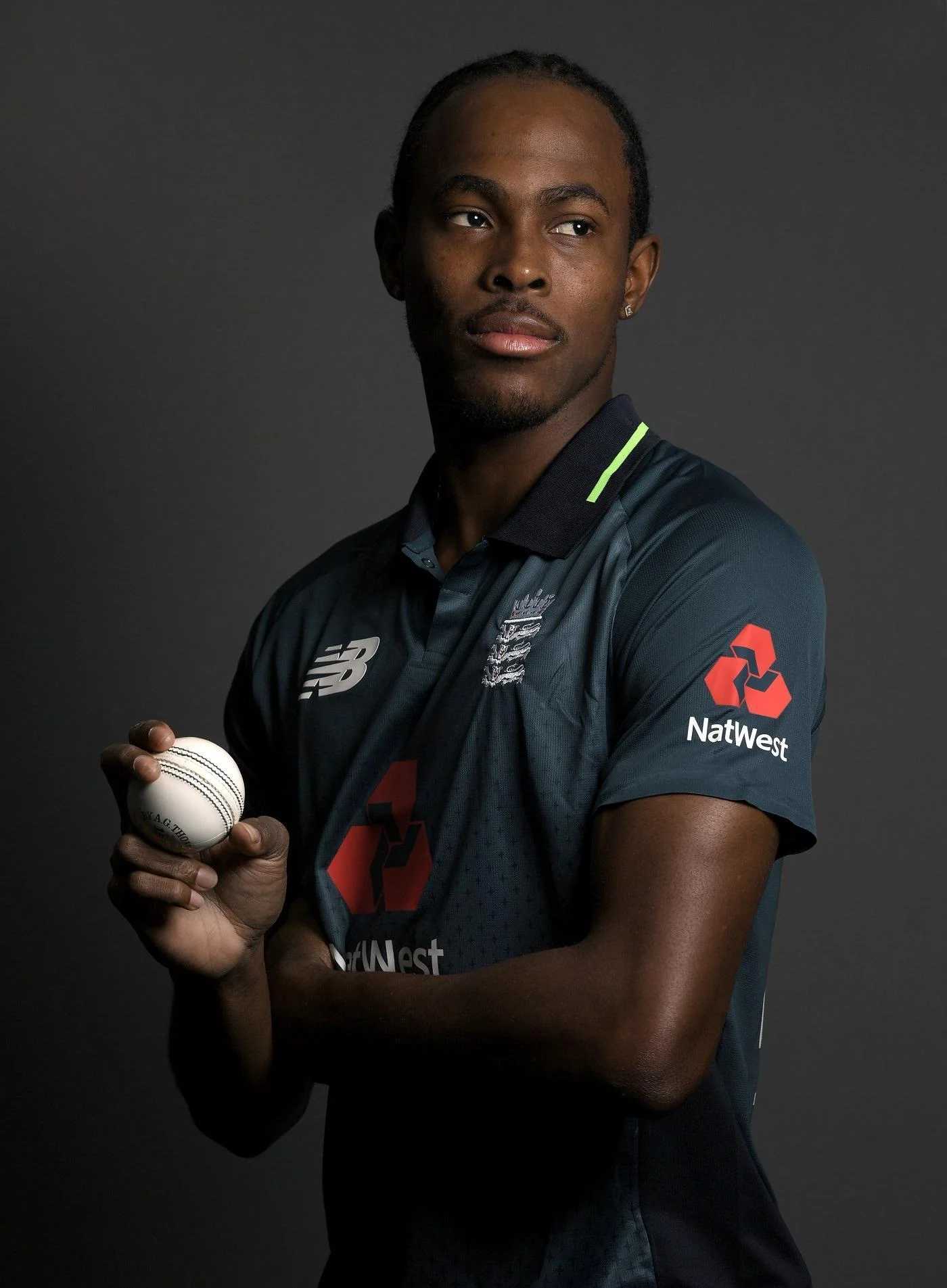 Cricket player Jofra Chioke Archer, who was born in Barbados on April 1, 1995, plays for Sussex and England. He bowls fast with his right arm. Archer was chosen to represent England in limited-overs matches against Pakistan and Ireland in April 2019. In May 2019, he made his England debut at the international level.

Jofra Archer was also a member of the England team that won the 2019 Cricket World Cup. Later that summer, during the 2019 Ashes series against Australia, he made his Test debut. Archer was selected as one of the Wisden Cricketers of the Year in April 2020.

Jofra Archer wife is no one as he is not married. Jofra Archer is not known in public eye.

West Indies has recently produced a flurry of aggressive all-rounders who can bowl quick, fierce stints and use the willow like an axe. Jofra Archer, the newest sensation on that list, will not be competing for his native Caribbean, which is a setback for the region. But Archer was not to be dissuaded, and he chose to work in England. Chris Jordan, another English great from the West Indies, suggested the youngster to his team Sussex, and Archer made a good impression right away. As a result, he made his First-class debut and was also selected for the shorter formats.

With a wealth of innate talent, he has appeared at ease in every genre. Despite his performances in England, Archer's rise to prominence was sparked by the Big Bash League in Australia. He excelled while playing for the Hobart Hurricanes in the 2017–18 campaign. Aside from the outstanding fielding that is a given with most West Indian players, there was also clinical ball striking, real pace, and craftiness.

Because of Archer's heroics in the BBL, the Rajasthan Royals were able to snag him during the 2018 IPL auctions. He is fully aware that, in terms of T20 Leagues, the IPL is the biggest stage of them all, and that there is nothing quite like it if he can shine there. The only aspect of his future in international cricket is intriguing. He had to play domestic cricket for England for seven years before he was eligible to play for England; as a result, he wouldn't be able to do so until 2022 or so. To get Archer into the World Cup lineup, the ECB did, however, loosen the restrictions on expats. It indicated that Archer was available for selection for both the upcoming Ashes series and the 2019 World Cup.

In his first IPL season, Archer quickly established himself, finishing with a total of 15 wickets. Considering that he bowled primarily in slog overs, his economy was pretty impressive. One of the Royals' main weapons in the 2019 season, Archer is capable of bowling a heavy ball in addition to the yorker at will. Wherever he has played, his batting has not been fully utilized, but that will soon change because he is capable of unleashing his explosive side as well.

Jofra Archer, an English pacer, criticised Bangladeshi author Taslima Nasreen for her contentious tweet about all-rounder Moeen Ali. Taslima, who is well-known for her writing on women's repression, tweeted on Tuesday that Moeen Ali would have joined ISIS in Syria if he hadn't been stuck playing cricket. Twitter quickly criticised the writer while defending the cricketer. Archer jumped on board and asked, "Are you alright? I dont think you are okay ?

According to estimates, Jofra Archer has a net worth of $5 million, or 35 crores in Indian Rupees. His sports career and endorsements have all contributed to his wealth. Jofra Archer receives compensation of about £7,00,000 (about Rs. 7.2 crores) annually for playing for the England National team. Currently, Jofra Archer supports Adidas. According to sources, the bowler has one of the largest contracts (among cricketers) with German sports brands. According to rumours, the Englishman currently has a Range Rover in his garage. The rest of Archer's car collection is largely unknown.

In spite of Rajasthan Royals finishing last in the league in 2020, Jofra Archer was named the IPL's Most Valuable Player.

Who is Jofra Archer?

Jofra Archer was a very well-known and respected England Cricketer.

When is Jofra Archer’s Birthday?

Where is Jofra Archer’s Birth Place?

Jofra Archer belongs to which country?

Jofra Archer is an British Citizen.

What is Jofra Archer's Full Name?

What was Jofra Archer’s age?

What is Jofra Archer’s wife’s name?

Jofra Archer’s wife is No One.

What is the height of Jofra Archer?

What is the net worth of Jofra Archer?

The networth of Jofra Archer is $5 Million.
×