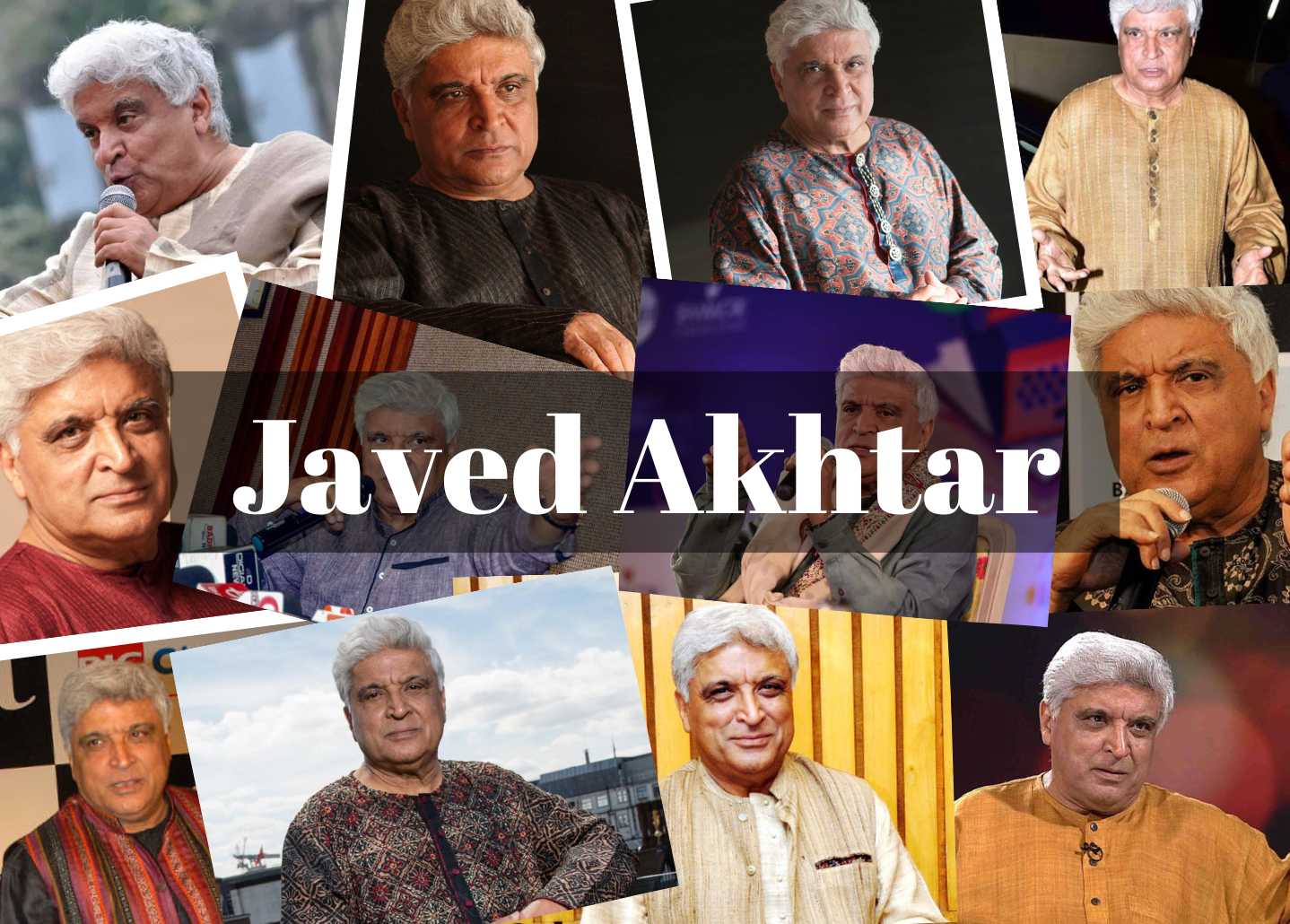 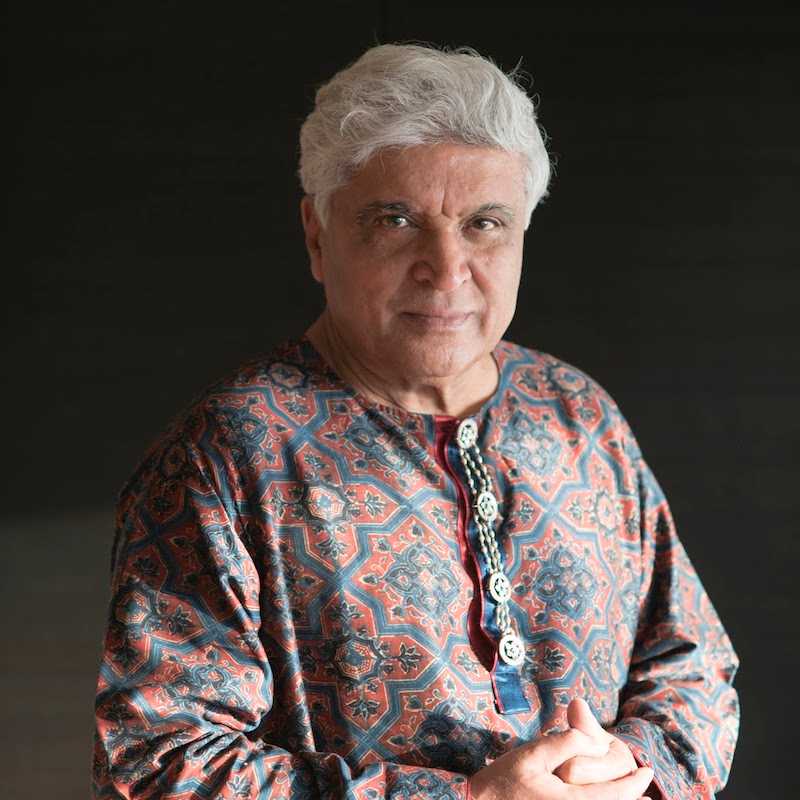 Javed Akthar is a lyrical master and wordsmith who is renowned for his unmatched body of work. This poet, lyricist, and screenwriter received the Sahitya Akademi Award, the Padma Shri Award in 1999, and the Padma Bhushan Award in 2007.

The multi-National Award winner also contributed songs to the soundtracks of movies like Silsila, 1942: A Love Story, Border, Godmother, Refugee, Lagaan, and Wake Up Sid.

Javed Akthar is a Bollywood lyrical gem with rare talent and charisma. Javed Akhtar gave the people of India unmatched musical lyrics, or should we say lyrical music. Javed Akthar was born in Khairabad, Uttar Pradesh, on January 17, 1945. 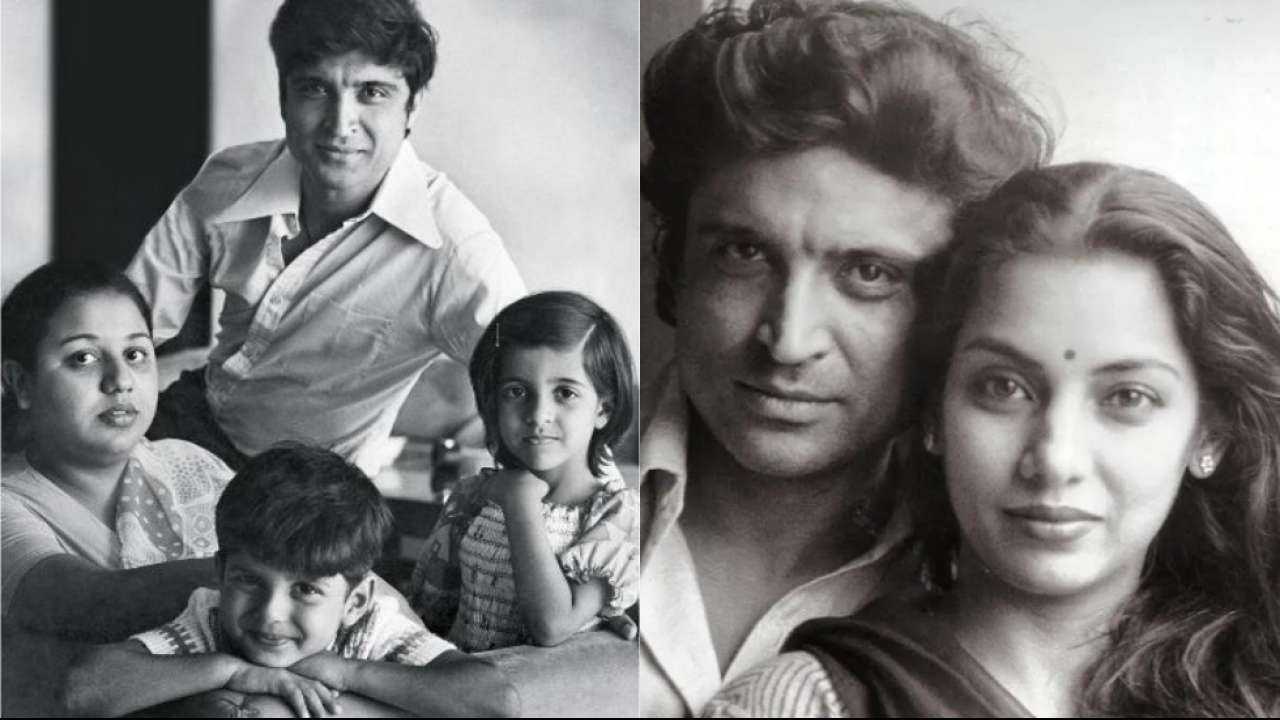 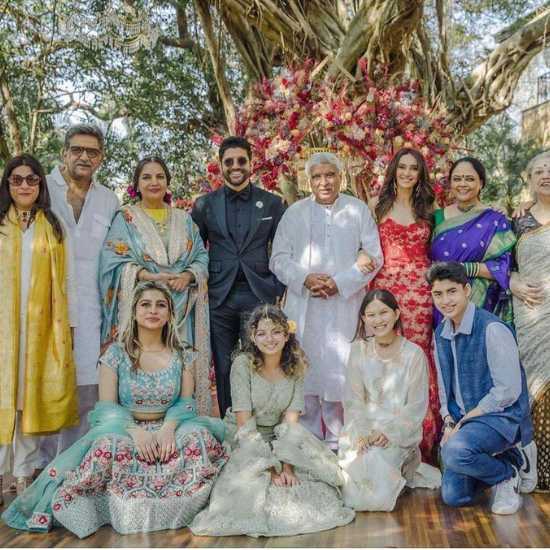 Jadoo was Javed Akhtar's original name; it was derived from the line 'Lamha, lamha kisi jadoo ka fasana hoga' in a poem that his father had written. Since Javed was the name that came closest to the word 'jadoo,' it was given to him as his given name. Javed Akhtar married Honey Irani and they had two children: Farhan Akhtar, a film actor, producer, and director, and Zoya Akhtar, a film writer, director, and producer.

Javed Akhtar’s paternal grandfather Muztar Khairabadi and his grandfather's older brother Bismil Khairabadi were both poets, while Fazl-e-Haq Khairabadi, his great-great-grandfather, was an Islamic scholar who, in 1857, supported India's First Independence Movement out of a sense of religious duty.

Javed Akhtar was married to Honey Irani, with whom he had two kids: Zoya Akhtar, a film writer, director, and producer, and Farhan Akhtar, an actor, producer, and director of motion pictures. In movies like Dil Chahta Hai, Lakshya, Rock On!!, and Zindagi Na Milegi Dobara with Zoya, the father-and-son team has collaborated. 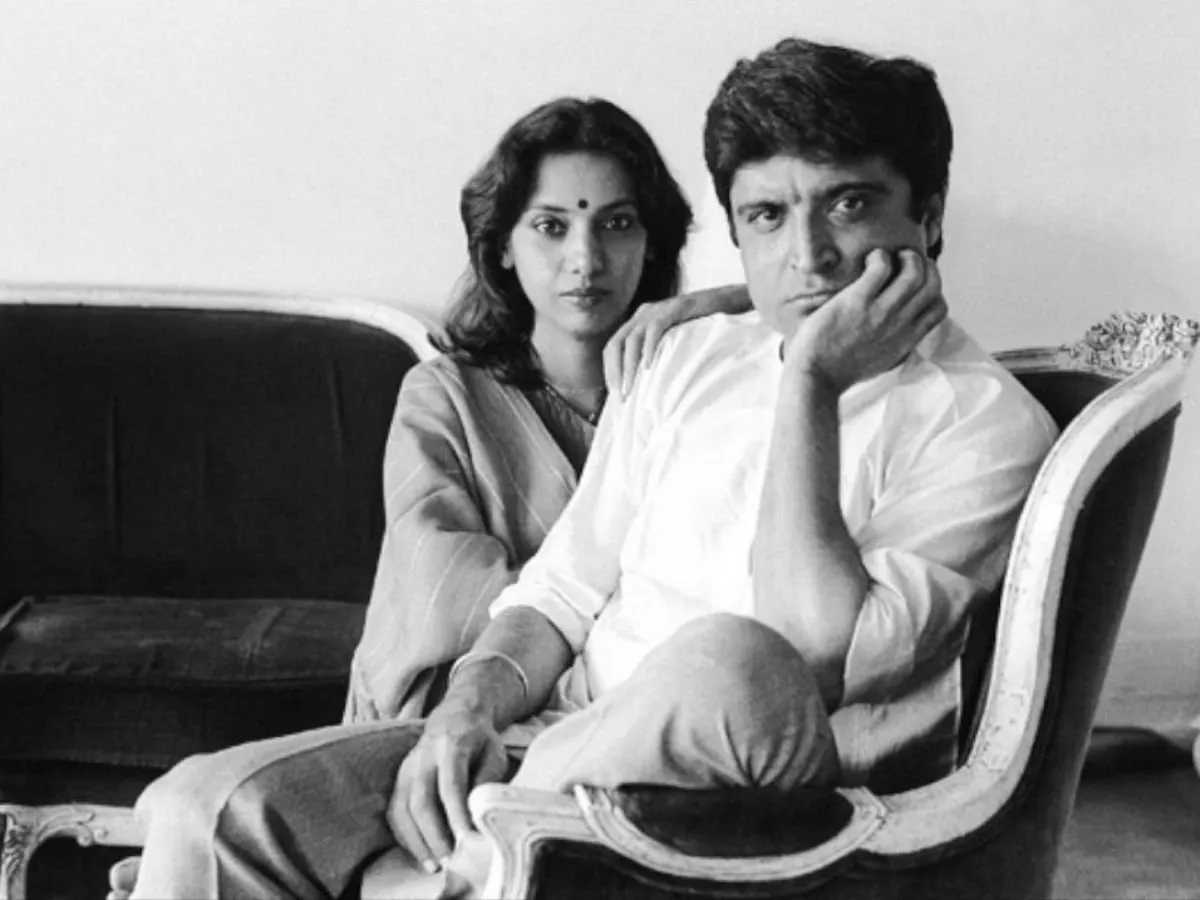 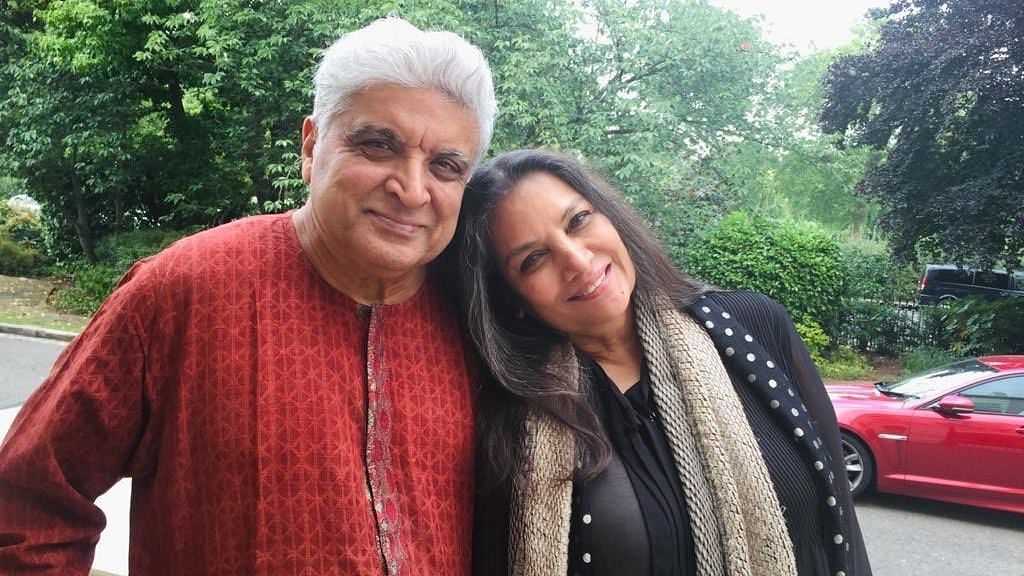 Honey Irani was the name of Javed Akhtar's first wife. When she found out, quarrels broke out every day in the house. Meanwhile, Javed and Honey had two children, 'Zoya Akhtar and Farhan Akhtar,' but when the fights between Javed and Honey became more intense, Honey approved Javed marrying Shabana and asked him not to worry about the children. Javed and Honey divorced after this, and he married Shabana Azmi. 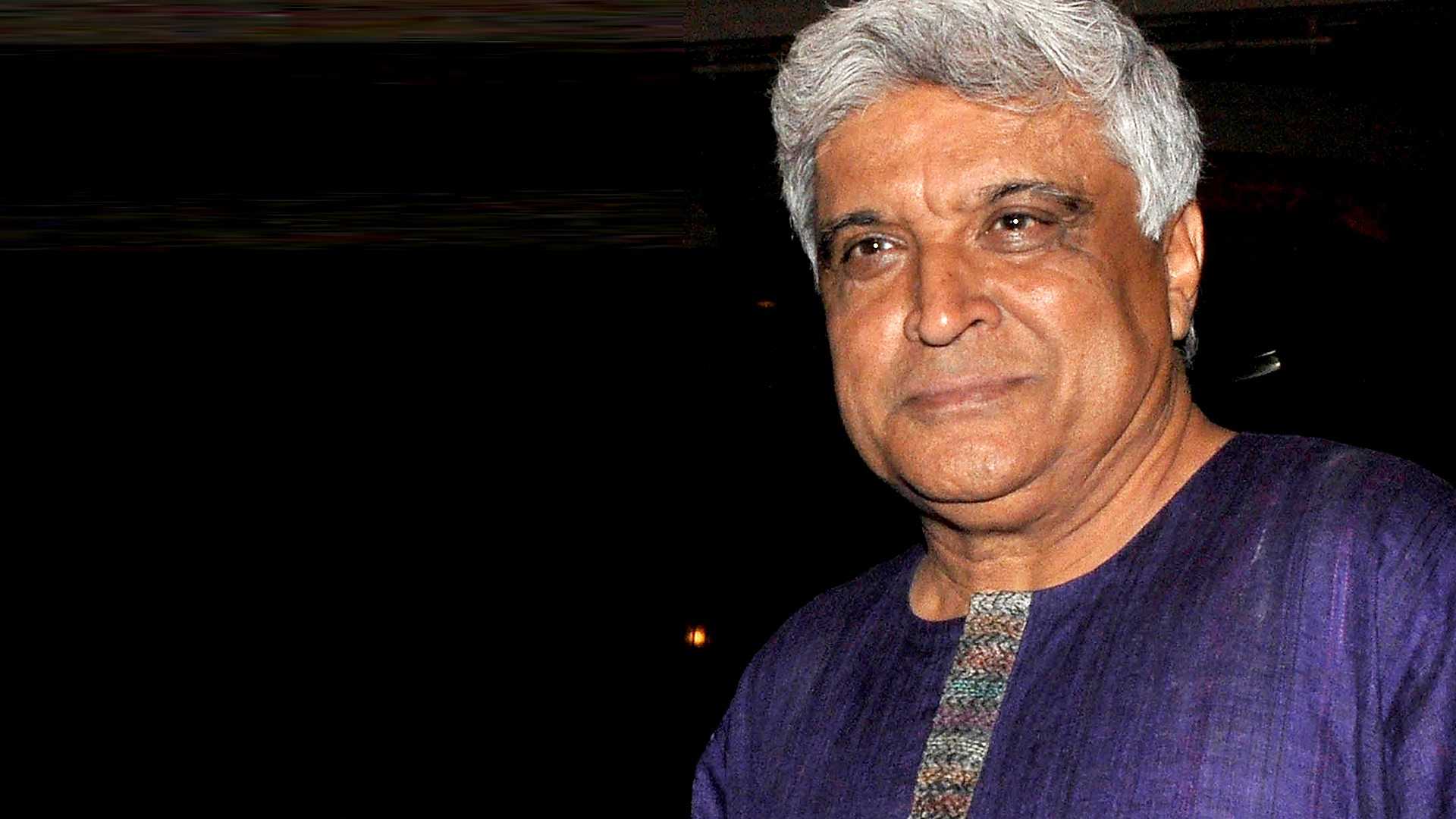 Javed Akhtar moved to Mumbai in the early 1960s and began his career as an assistant writer in low-budget films. Javed Akhtar made his writing debut in the film 'Yakeen,' which failed to find success. However, the author later collaborated with fellow author Salim Khan. With films like 'Seeta Aur Geeta,' 'Don,' and 'Andaz,' the team of these marvellous writers stamped their duet prosperity (1971). However, the famous couple Salim-Javed tasted stardom when they penned the movie 'Sholay' which received widespread acclaim. As everything comes to an end, the duo parted ways in 1980.

Javed's career flourished as the years passed, and he received several awards for his contributions to the Bollywood fraternity. The government of India awarded Akhtar the prestigious 'Padma Shri' in 1999, followed by a 'Padma Bhushan' in 2007. The writer-poet-lyricist also won several industry awards for his exceptional work. Akhtar's songs include 'Papa Kehte Hain,' 'Ek Ladki Ko Dekha Toh,' and 'Kal Ho Na Ho.'

The writer-lyricist was also honoured with five National Awards for his work in films such as 'Saaz' (1997), 'Border,' 'Godmother' (1999), 'Lagaan,' and 'Refugee.' Javed demonstrated his talent in his son Farhan's directorial debut, 'Dil Chahta Hai,' which was followed by 'Lakshya' and 'Rock On.' He also wrote for his daughter Zoya Akhtar in her film 'Zindagi Na Milegi Dobara.' As a member of the 'Rajya Sabha,' the renowned author also contributes to the government sector. Akhtar also serves as an adviser on the board of the Asian 'Academy of Film and Television.' 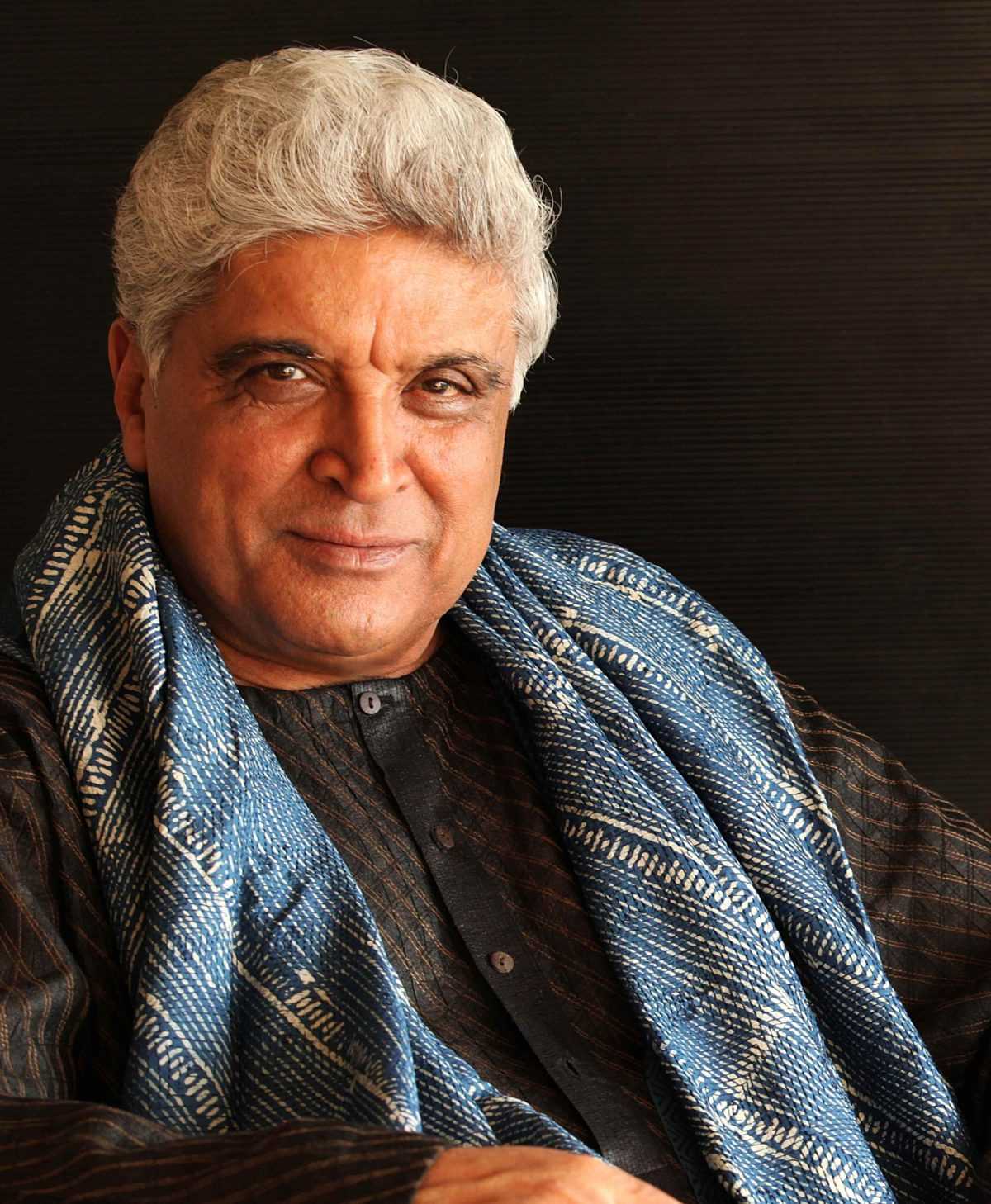 Javed Akhtar once spoke about his difficult days in Mumbai, when he didn't even have a fixed place to sleep. He claimed to have slept under trees on occasion. Javed Akhtar, the lyricist and screenwriter, was not well-off when he first arrived in Mumbai in the 1960s. He once described himself as 'homeless' at the time, sleeping 'wherever (he) fancied,' including under trees.

In a 2006 interview with the Hindustan Times, Javed discussed living in various cities but said that Mumbai was where he 'really came alive.' 'I slept wherever I pleased - sometimes on a verandah, sometimes in a corridor, sometimes under a tree where several other homeless, jobless people lived,' he explained.

'Finally, in November 1969, I got some work, which in film parlance is referred to as a 'break,'' he added. 'But my life was never that of a regular poor boy,' he said in another interview. 'I was a poor boy who was constantly barging into a rich society,'  Javed Akhtar recalls.

Thakur Baldev Singh, a retired police officer, hires two convicts, Jaidev and Veeru, to apprehend Gabbar Singh, a bandit chief who has terrorised the small village of Ramgarh. Gabbar slaughtered Thakur's entire family and had his arms severed. Thakur Baldev Singh, unable to exact revenge on his own, recruits Veeru and Jaidev, both small-time crooks. Both agree to apprehend Gabbar Singh and turn him over to Baldev Singh. Veeru falls for the local horse-carriage driver Basanti, and Jai develops romantic feelings for Baldev Singh's widowed daughter-in-law Radha. To make matters worse, Gabbar has vowed to assassinate both Jai and Veeru, and he is holding Basanti hostage in order to lure them to him.

Don (Amitabh Bachchan), a powerful gangster, flees the cops and is killed during a shootout with Officer D'Silva (Iftekhar). D'Silva convinces a man named Vijay (also Bachchan), who is the spitting image of Don, to assume Don's identity and go undercover to catch the rest of Don's gang. But then D'Silva is killed, and everyone, from gangsters to cops, believes Vijay is Don. If he can't persuade them otherwise, it could be fatal.

Mr India is a 1987 Indian Hindi-language superhero film directed by Shekhar Kapur and co-produced by Boney Kapoor and Surinder Kapoor through Narsimha Enterprises. Salim-Javed wrote the screenplay and story for the film, which starred Anil Kapoor, Sridevi, and Amrish Puri, and it was their final collaboration before splitting up. It follows Arun Verma (Anil Kapoor), a poor street violinist and philanthropist who receives a cloaking device that allows him to be invisible. While renting out his house to pay his debts, he meets and falls in love with journalist Seema Sohni (Sridevi).

Branded a coward for abandoning his ship full of 300 passengers, Captain Vijay Pal Singh takes up work in a distant coal mine, poorly equipped, with no sufficient medical supplies or proper facilities. When the miners and their families face a catastrophe, as water has forced its way into one of the mining tunnels, endangering 400 lives, will Vijay be able to rise to the occasion or will he `abandon ship' again?

Seeta (Hema Malini) is an unhappy heiress who is mistreated by her aunt, Kaushalya (Manorama), who controls the household finances despite inheriting them from Seeta's late parents. Despondent, Seeta attempts suicide, but is rescued and misidentified as her lost twin sister, Geeta (also Malini), who grew up poor and became a tough-minded street performer. The two swap places, surprising everyone around them with their drastically different temperaments.

Vijay, haunted by his past, turns to crime, while his younger brother, Ravi, becomes an honest police officer. When Ravi is assigned to nab Vijay, fate pits them against each other.

Ratan (Tariq), Vijay (Vijay Arora), and Shankar (Dharmendra) are orphaned when their father is killed, along with his wife, after witnessing a robbery led by the criminal Shakhaal (Ajit). Ratan grows up to be a successful musician, while Vijay works as a groundskeeper. Meanwhile, Shankar is a criminal whose boss is Shakhaal, and when he learns that Shakhaal murdered his parents, he seeks out his brothers and begins plotting vengeance.

Raj relocates to Cape Town after his sweetheart Kajal marries another man. He eventually agrees to marry Jiya but is taken aback when he discovers she is Kajal's widowed sister-in-law.

Javed Akhtar is an Indian poet and writer who has a net worth of $20 million. The abilities of Javed Akhtar as a lyricist are well known. He is a true master of his craft, having won numerous Filmfare and National Awards for the songs he has written over the years. His lyrics are utterly beautiful and inspirational. Javed Akhtar charges anywhere between Rs 10-15 Lakhs depending on the complexity of the music track.

Who is Javed Akhtar?

Javed Akhtar is a poet, lyricist, screenwriter, and political activist from India.

When is Javed Akhtar's birthday?

Does Javed Akhtar have a sibling?

Javed Akhtar's brothers are Salman Akhtar and Shahid Akhtar and his sisters are Uneza Akhtar and Albina Sharma.

What is Javed Akhtar's age?

What is Javed Akhtar’s Mother’s name?

Which school did Javed Akhtar go to?

What is the Networth of Javed Akhtar?

Javed Akhtar's net worth is estimated to be around $20 million.

What is Javed Akhtar Height?

Javed Akhtar’s height is around 5.5 feet.

What is Javed Akhtar famous for?

Javed Akhtar is best known as a writer and orator.

Where is Javed Akhtar from?

Does Javed Akhtar have a child?

What was Javed Akhtar’s debut film as a writer?

What is Javed Akhtar’s Father’s name?

Which college did Javed Akhtar go to?

What is the salary of Javed Akhtar?

Javed Akhtar charges anywhere between Rs 10-15 Lakhs depending on the complexity of the music track.

What is Javed Akhtar's Weight?

Javed Akhtar’s weight is around 75 kg.