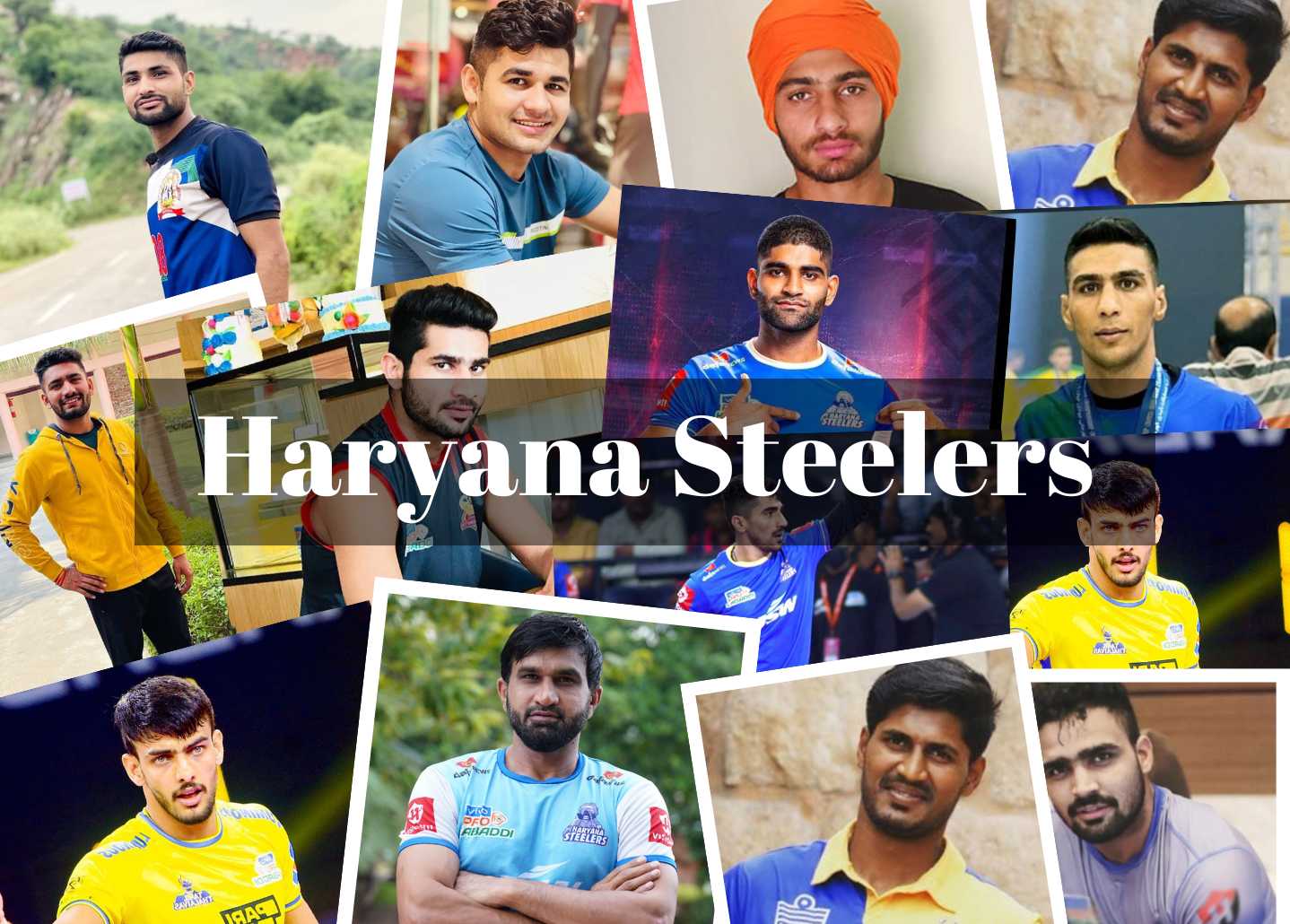 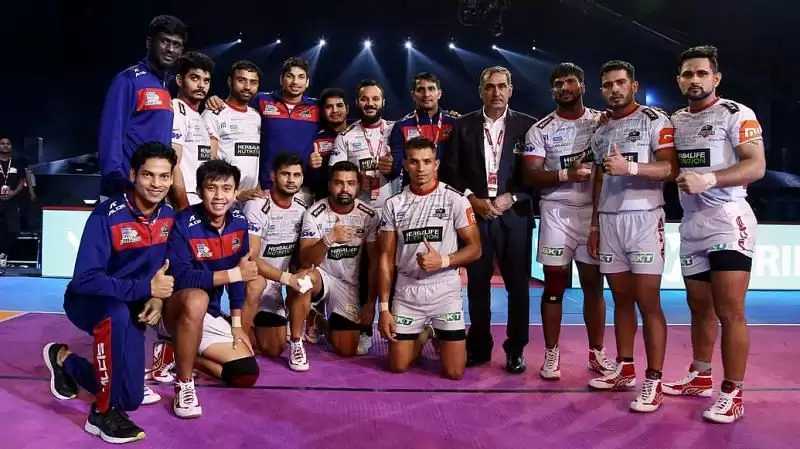 The Pro Kabaddi League squad known as the Haryana Steelers (HAR) is situated in Panchkula, Haryana. Currently, Manpreet Singh is the team's coach and Joginder Singh Narwal is the team's captain. JSW Sports, a division of the Jindal South West (JSW) Group, is the team's owner. Tau Devi Lal Stadium is the Steelers' home stadium (Panchkula). The Steelers got off to a bright start in the PKL, making the playoffs in their inaugural season of 2017. However, the success was fleeting, as the team finished last in Zone A the following year, in 2018–19.

In the 2019 PKL, Haryana Steelers are off to a fantastic start. Due to the strength of their Raiders, they staked their claim to the championship by reaching the playoffs. However, Haryana Steelers were unable to win the title because of a defence error they made against U Mumba in the semifinal. The squad had one of its greatest seasons overall in 2019. Rakesh Kumar, the team's coach, established himself as a productive Pro Kabaddi League coach by leading his squad to the playoffs.

JSW Sports Private Limited is the franchise owner of the Haryana Steelers. One of India's major commercial giants, the JSW Group is led by Sajjan Jindal. They are recognised for their contributions to the growth of sports in India and are also the owners of Bengaluru FC, a current ISL team and previous I-League champion. The Blues won the I-League, India's top professional club league, in its inaugural season and repeated as champions in 2016. The current Federation Cup champions made history by becoming the first team to compete in the AFC Cup final.

JSW also owns Bengaluru Yodhas, a wrestling team that advanced to the semifinals of the first Pro Wrestling League, in addition to the kabaddi and football clubs. Virat Kohli, the captain of the Indian cricket team, is a co-owner of the business. The possibility of JSW buying a franchise in the Hockey India League (HIL) is also now being discussed.

Firstpost claims that the steel giants first declined a proposal to purchase a team during the 2014 PKL's inaugural season. According to Mustafa Ghouse, CEO of JSW Sports, it would have been challenging to handle the bandwidth of two different sports leagues at once because the company had only begun with Bengaluru FC a year prior.

Driving a range of sports activities falls under the purview of JSW Sports, the JSW Group's sports division. The Sports Excellence Program (SEP), the company's flagship project, is the most well-known of them all. A balanced team with the ideal balance of youth and experience has been developed by the Haryana Steelers. 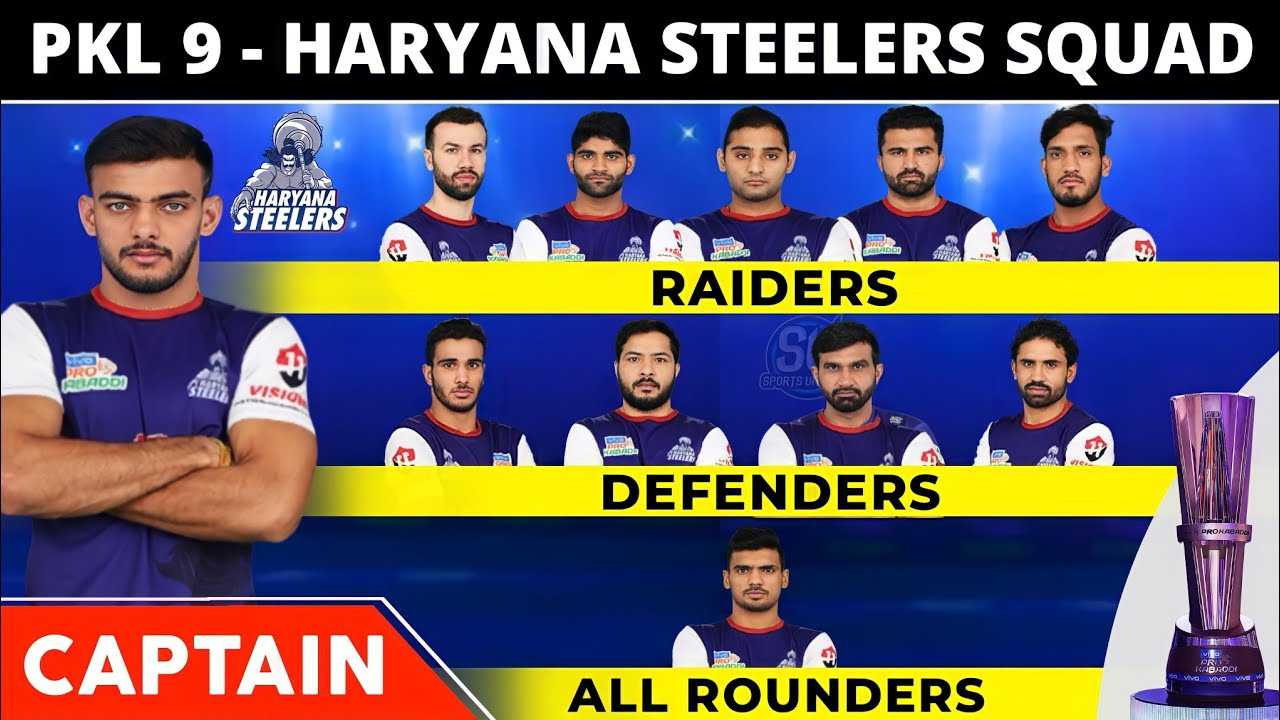 The Pro Kabaddi League has been a rollercoaster journey for the JSW Group team Haryana Steelers. In their inaugural season in 2017, they qualified for the playoffs, but the following year, they placed last in Zone A. Despite being eliminated by U Mumba in the eliminator in 2019, they showed a lot of promise while being coached by Rakesh Kumar. With seven raiders, two defenders, and one all-rounder, they have added ten new players for Season 9, strengthening every position. Following the auctions, they are ranked as follows: Prapanjan, Rakesh Narwal, Manjeet, Vinay, Mohammad Mahalli, Lovepreet Singh, Sushil, Meetu, Manish Gulia, Joginder Narwal, Jaideep, Mohit, Ankit, Monu, Naveen, Harsh, Sunny, Amirhossein Bastami, Nitin Rawal

In the auctions, the Tamil Thalaivas' top scorer was in high demand. He served as the team's lone all-rounder last season, scoring 159 raid points. The 25-year-old, who cost Rs. 80 lakhs, was their top signing in the auctions. Vikash Kandola will be replaced by him as the primary raider for the Steelers. Manjeet has consistently performed well for Patna Pirates, Puneri Paltan, and the Services team over the years.

For Rs. 25 lakhs, Vinay Vinay was kept on as a top performer and will play for the Haryana Steelers for a fourth straight year. With 125 raid points in his first season, he placed among the top 15 raiders. He has six super raids, three Super 10s, and plans to have a season free of injuries.

The left-raider has played for five different teams throughout his long career in the league. He played for the Gujarat Giants previous season, accumulating 73 raid points over 16 games, and now he's back with the Haryana Steelers.

Meetu Sharma, a reliable pre-auction retention who earned 75 raid points from 16 matches with three Super 10s, had a very consistent season. He increases the raiding wealth of the Steelers, who on paper appear to be in for a successful season.

Haryana is the home of another PKL traveller, who has played for six different teams in that time. Despite the fact that Prapanjan's value has decreased from 71 lakhs to 10 lakhs, he has shown himself to be a proficient left raider and can provide a tonne of experience.

In Season 7, the right raider made his professional debut for the Jaipur Pink Panthers, earning 21 raid points from 48 raids. His second season was fairly understated, with just one appearance. He has contributed significantly to the Varandaon Ordinance Factory in the interim.

The seasoned raider, who previously recorded 52 points from 20 games, rejoins the Steelers. The bonus expert might be a useful substitute who can alter the outcome of games. He has also been a strong defender, making three great tackles on average and 0.5 successful tackles each game.

During the academy trials, the famed Narwal Kabaddi Academy's left-right raider left an impression. He'll be hoping to experience some PKL action.

The Punjabi raider has dominated the junior leagues more for his defence than for his raiding skills.

At age 36, the Takedown Tiger is still going strong. He and his son Vinay Narwal made team history as the first father-son combination. The left corner, who collected 31 tackle points from 19 games, led the Bengal Warriors to the championship.

The left cover created a stir with his brave performances in his first PKL season, collecting 66 tackle points from 22 games and coming in second in the standings for total tackle points. He had a very high success help rate of 57% and was highly astute at retention, keeping 20 lakhs.

In two games during the Gotegaon Championships, the defender had a standout performance, recording 11 tackle points from 16 total tackles. He was kept on as a top athlete.

The 22-year-old made his debut in Season 8 and has a dreaded ankle hold. He has participated in 15 matches and scored points. He was kept on as a top athlete.

Retained as a New Young Player(NYP) He has defended Patna Services and Pirates.

Nitin Rawal, a rare right-raider/left corner who made a name for himself with the Jaipur Pink Panthers in seasons 6 and 7, was a shell of his former self in season 8. He will try to replicate his prior performance with a new team. He is a very capable player on his good days.

Who is Haryana Steelers?

Who is the owner of Haryana Steelers?

JSW Sports is the owner of the Haryana Steelers.

How many times Haryana Steelers have won?

Who is the captain of the Haryana Steelers?

The captain of Haryana Steelers is Joginder Singh Narwal

Who is the coach of the Haryana Steelers?

The coach of the Haryana Steelers is Manpreet Singh.

Haryana Steelers belongs to which country?