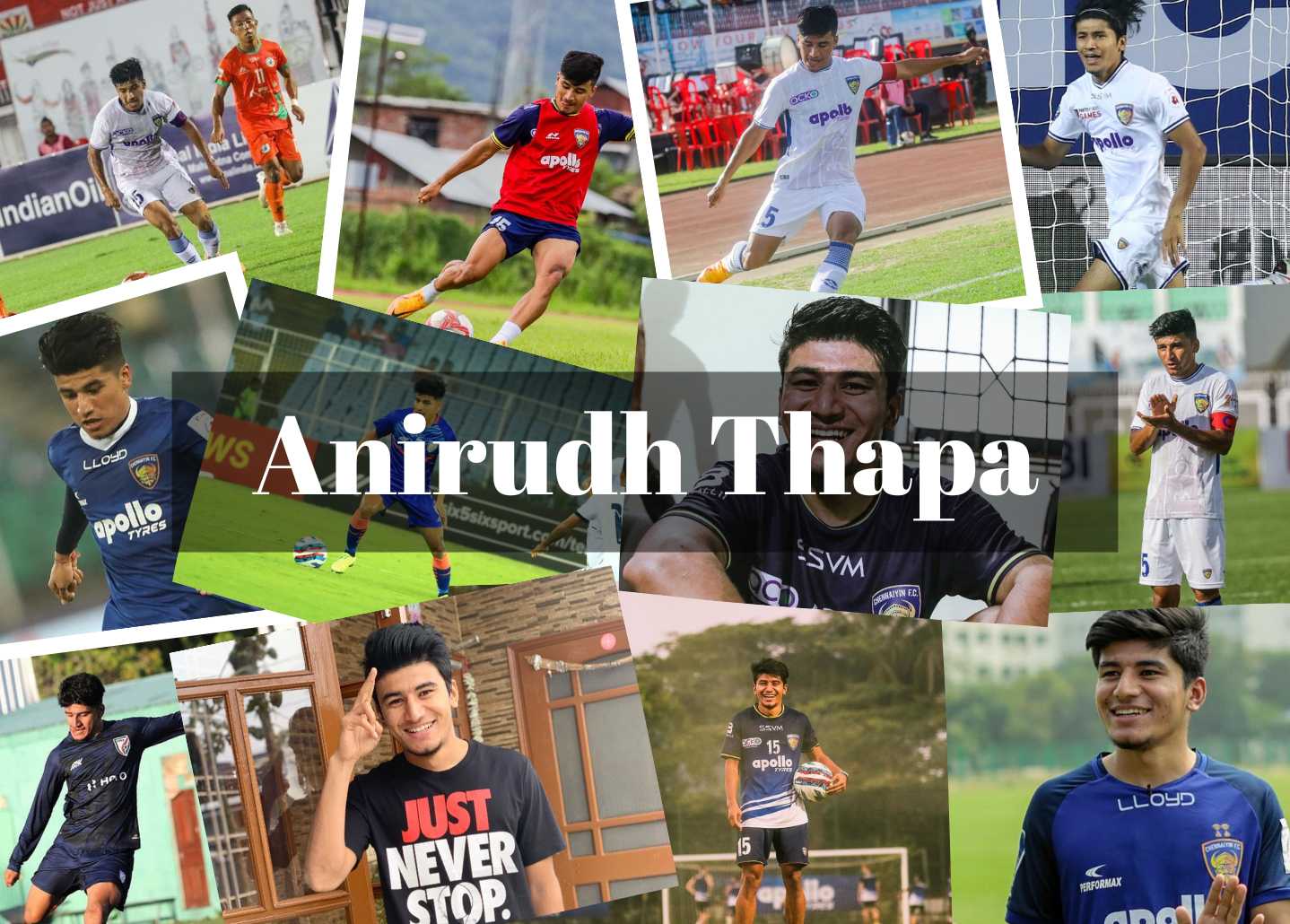 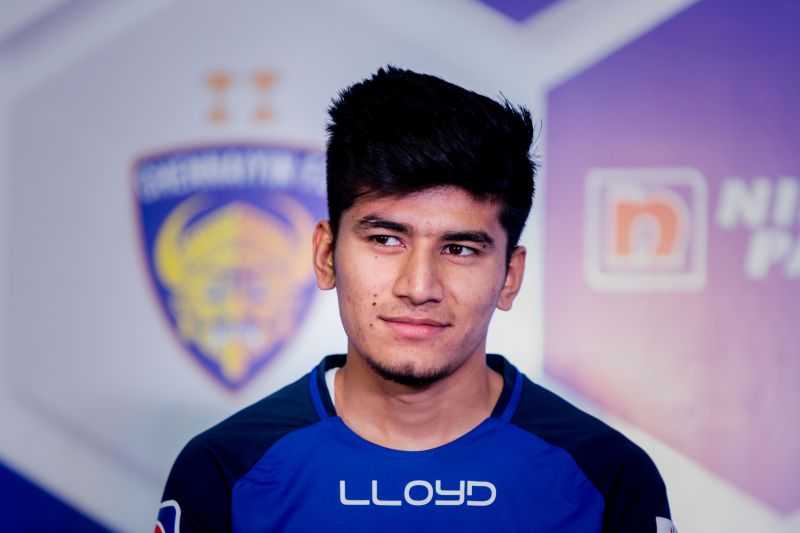 Anirudh Thapa is a professional footballer from India who plays as a midfielder for the Indian national football team and the Indian Super League club Chennaiyin, which he captained. Anirudh Thapa, a product of the St. Stephen's Academy in Chandigarh and the AIFF Elite Academy, made his Hero ISL debut with Chennaiyin FC in 2016 before establishing himself as a regular during their championship-winning season in 2017–18.

He was a key player for the Marina Machans in 2018–19 and in 2019–20, he led them to the Hero ISL championship game. However, Hero ISL 2020–21 did not perform up to expectations, partly due to an injury. Anirudh Thapa is a famous young Indian footballer. He plays for Chennai City Club and the national Indian team. Thapa performs in the group as a center midfielder. 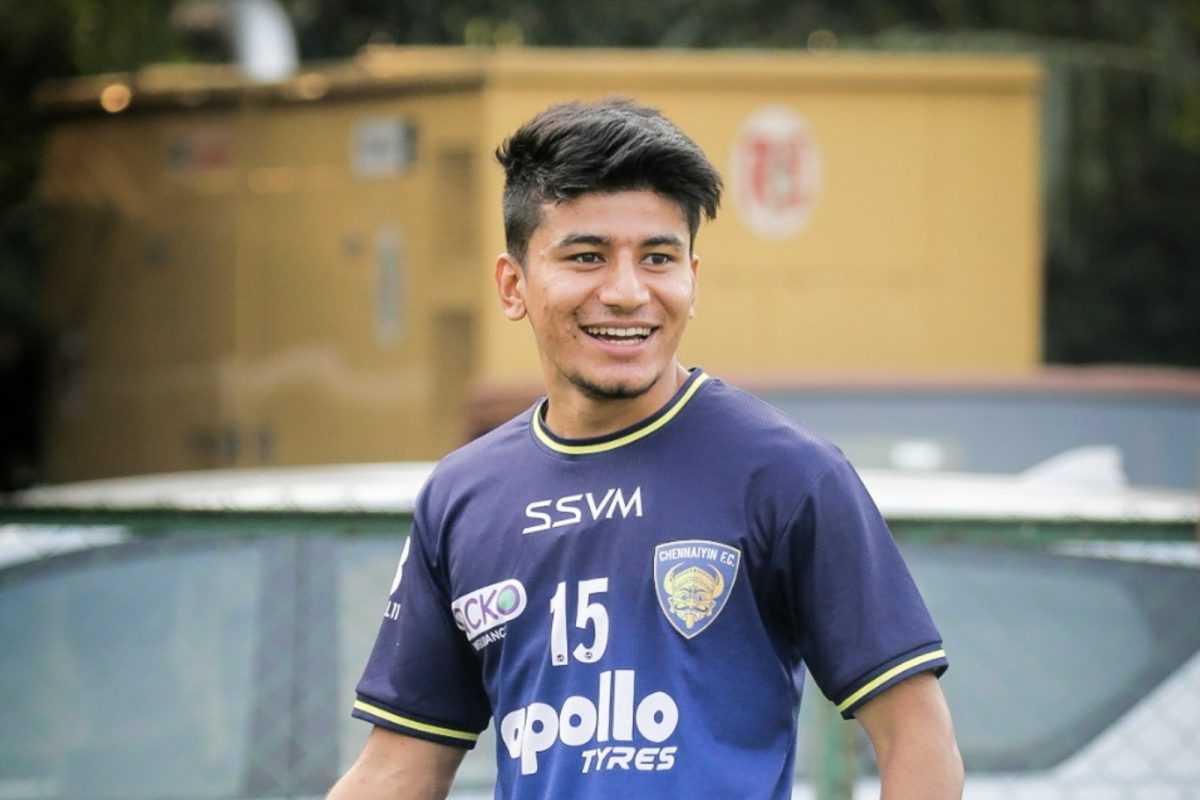 Anirudh Thapa plays football professionally for India. On January 15, 1998, he was born in Dehradun, Uttarakhand, India. Thapa is a midfielder for both the Indian national football team and the Indian Super League club Chennaiyin, which he captains. Anirudh Thapa’s father’s name is Pramodh Thapa, and his elder brother’s name is Sanidhya Thapa. Both are football players.

Anirudh Thapa started his education at St. Joseph's Academy after being born in the small town of Dehradun in the Indian state of Uttarakhand. He began playing football at Chandigarh's St. Stephen's Football Academy when he was ten years old. After his time with the India U14 team, he was chosen in 2012 to enroll in the AIFF Regional Academy in Kalyani. Thapa joined the AIFF Elite Academy as he advanced through the ranks of the national youth squad, where he rose to the position of team captain in the I-League U19.

Thapa and four other players were signed to a long-term contract by ISL team Chennaiyin on July 1, 2016. For the 2016 Indian Super League season, Thapa was selected as a member of the team as a developing player. In November 2016, Thapa was added to the Chennaiyin squad as a replacement when Dhanachandra Singh suffered an injury that prevented him from playing the remainder of the ISL season. On December 1, 2016, during his team's final season-ending game against Goa, he made his professional debut with the organization. He kicked off the game and participated for 67 minutes, which resulted in a 5-4 loss. He came close to scoring his first goal, but sadly, it was ruled his own goal.

Thapa joined Minerva Punjab of the I-League on loan for the 2016-17 I-League season on December 27, 2016, following the conclusion of the 2016 Indian Super League season. On January 17, 2017, in a 4-0 loss to Mohun Bagan, he made his club debut. In a 2-1 victory over Mumbai on February 4, 2017, he scored his first goal as a professional, giving the team its first-ever victory in the top division. On April 23, 2017, he played his final game for the team, losing to East Bengal. He played in 14 games and recorded 1 goal during the season as the team finished in second-to-last place in the league, avoiding relegation to the I-League 2nd Division only by head-to-head points.

On May 31, 2017, Thapa returned to Chennaiyin after his loan with Minerva Punjab. He was included in the team for the Indian Super League season 2017–18, which began on November 17, 2017. On December 3, 2017, he played his first game of the year against Pune City, replacing Bikramjit Singh in the 76th minute in a 1-0 victory. He assisted Chennaiyin's first goal against NorthEast United, a 3-1 defeat. He garnered high praise for his man-of-the-match performance on January 25, 2018, against the reigning champions, ATK.

John Gregory, a former head coach of Chennaiyin, even referred to Thapa as "the next big thing in Indian football." In the first leg of the playoff semi-finals on March 10, 2018, he scored his second goal of the campaign against Goa. He participated in the championship game on March 17, 2018, when Chennaiyin faced Bengaluru. He entered the game as a substitute as Chennaiyin won 3-2, giving him his first league championship.

Chennaiyin qualified for the playoffs by placing fourth in the points standings after a poor previous campaign. Thapa, who finished the season with 1 goal and 6 assists, served as the catalyst for their comeback. However, ATK defeated Chennaiyin 3-1 in the championship game on March 14, 2020. Thapa claimed that "he sensed an improvement in his own game" towards the end of the season.

On November 24, 2020, Thapa became the first Indian goal scorer of the season when he scored against Jamshedpur in the opening league game of the 2020–21 Indian Super League in 52 seconds. The 22-year-old midfielder, playing against Bengaluru on December 4, 2020, suffered an injury and was replaced in the 16th minute. He received a blow to the right ankle. On December 9, 2020, he was compelled to miss Mumbai City's 2-1 defeat. For the club's benefit, Thapa resumed full training in time for the Indian Super League match against NorthEast United on December 13, 2020.

Thapa was named the team's captain for the 2021–22 Indian Super League season.  Thapa's squad defeated Northeast United 2-1 on November 29, 2021, thanks to the goal he scored in the final minute.

Thapa initially competed for India in the U14 age group. He took part in the qualifying rounds for the AFC U16 Championship and was a member of the U16 team that won the 2013 SAFF U16 Championship. The SAFF U19 Championship was Thapa's next appearance for the U19 team. 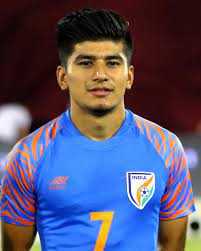 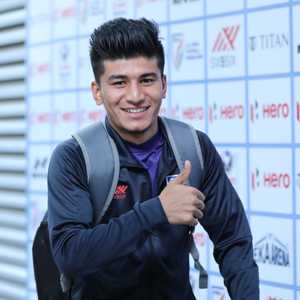 Who is Anirudh Thapa?

What is Anirudh Thapa's age?

What is Anirudh Thapa famous for?

What is Anirudh Thapa’s brother’s name?

What is the height of Anirudh Thapa?

What are the hobbies of Anirudh Thapa?

What is the date of birth of Anirudh Thapa?

Where is the birthplace of Anirudh Thapa?

The birthplace of Anirudh Thapa is Dehradun, Uttarakhand.

What is Anirudh Thapa's father’s name?

What school did Anirudh Thapa attend?

Anirudh Thapa did his schooling at St. Joseph's Academy.

What is the profession of Anirudh Thapa?

Anirudh Thapa's profession is as a footballer.

What is the net worth of Anirudh Thapa?