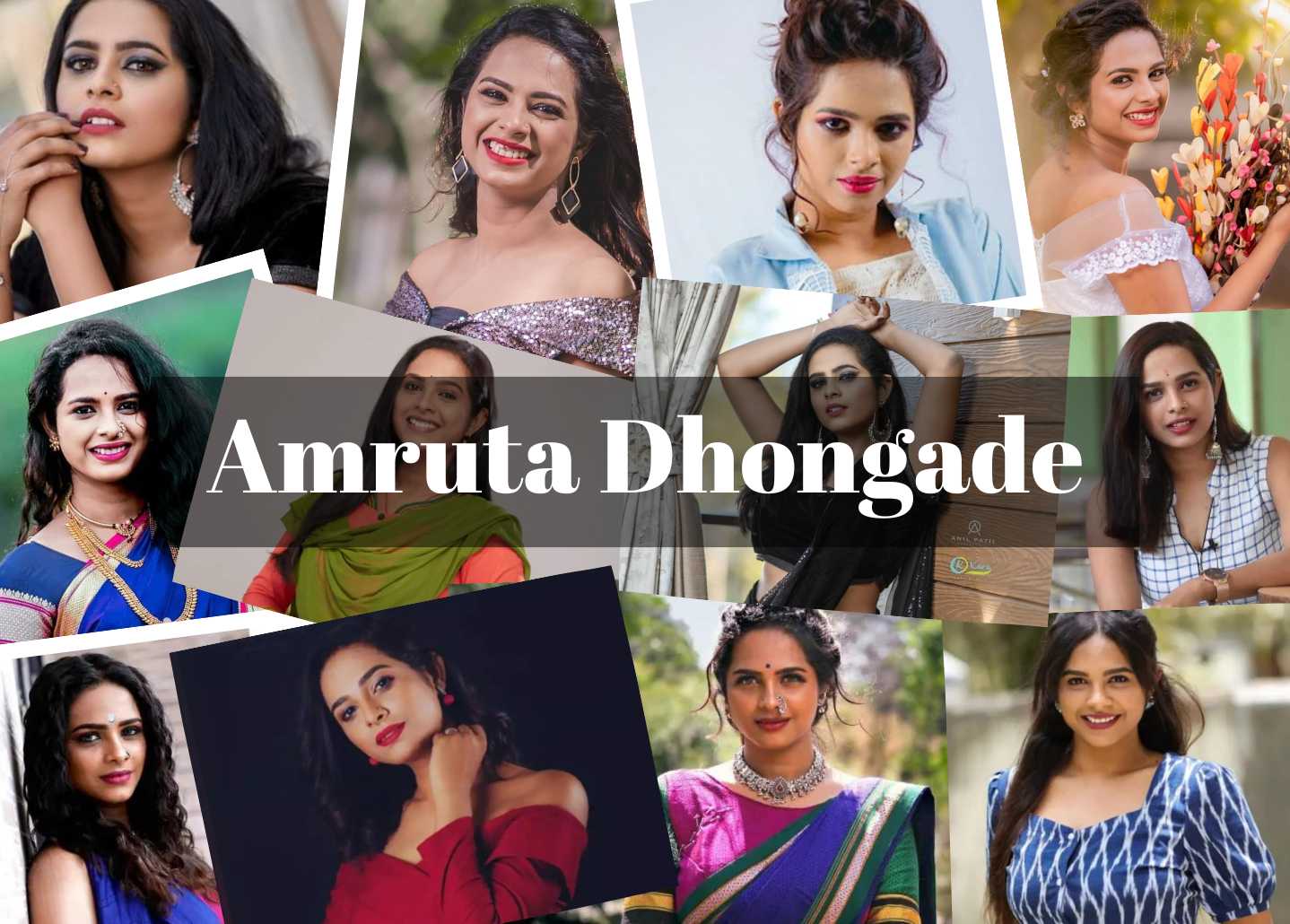 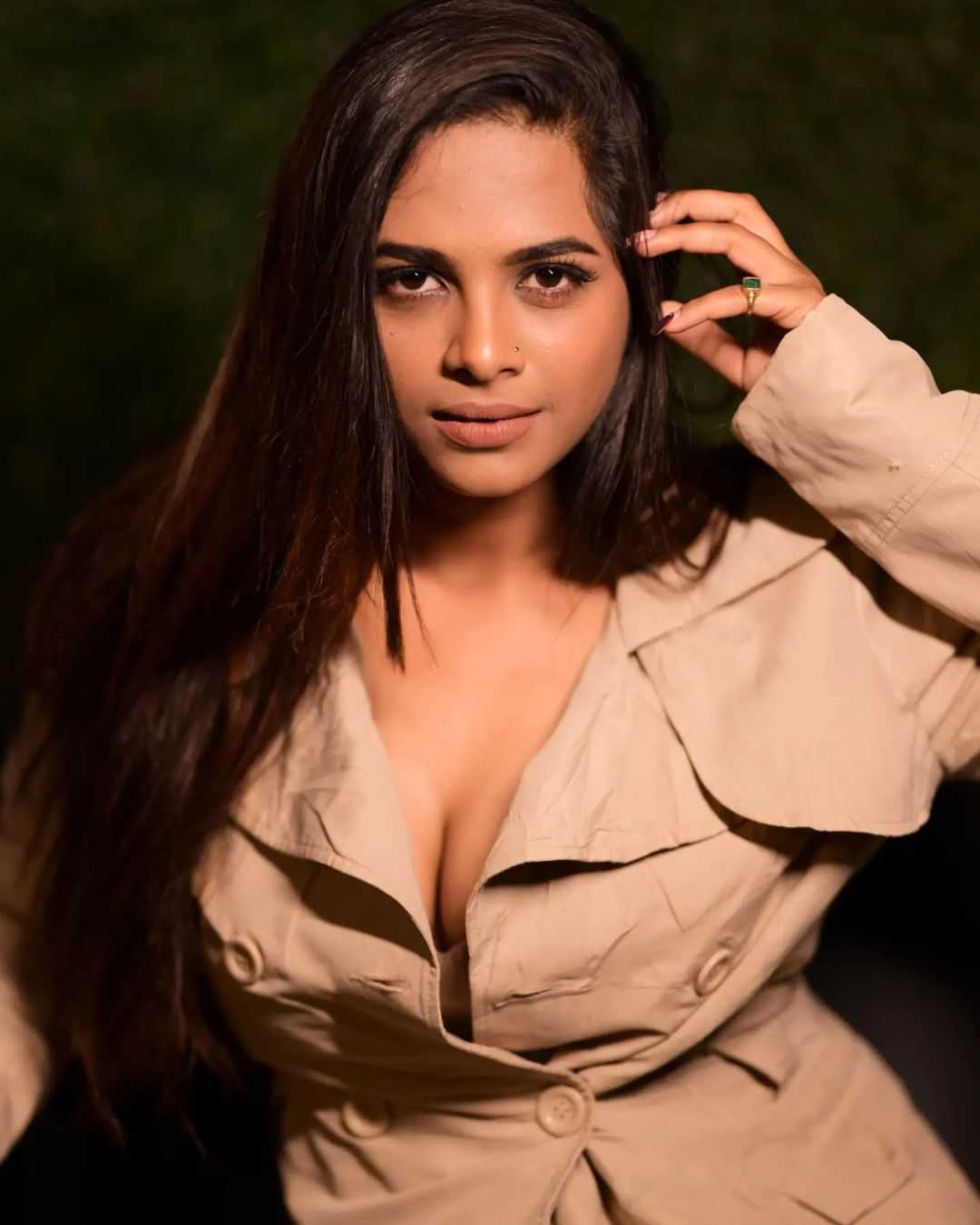 Actress Amruta Dhongade comes from Marathi. She was given the opportunity to try out for the Mithun movie. Her first Marathi film debut was Mithun. She played the principal female role in this film. On July 13, 2018, the Mithun movie gave her her big break. She was given the opportunity to portray the major female character in Mrs. Mukhyamantri after a year. Amruta Dhongade portrays Sumi in this television series. Tejas Barve is her co-star. Samar Patil is the character he is portraying.

Amruta Dhongade is not in a relationship and is still single. She adores Madhuri Dixit as an actress and Ranveer Singh as an actor. 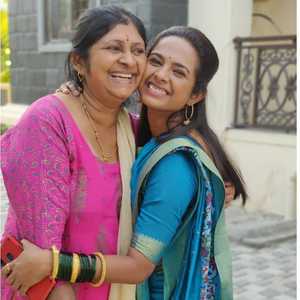 Amruta Dhongade was raised in Pune after being born in Kolhapur on October 11, 1997. Amruta Dhongade’s age is 25 years as of 2022. She attended school in Pune and afterward graduated with a B.Sc. from Bharati Vidyapith Pune. She is proficient in classical dancing. She then decided to pursue a career in acting exclusively. 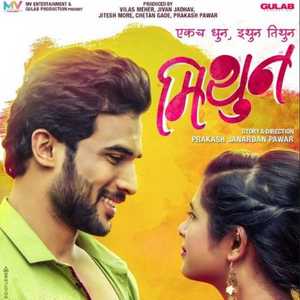 This film's two sections, a love story, and a political drama, appear to be from distinct genres. You are unable to pinpoint which of these two sides the movie leans towards by the time it is over.

When Mithun (Vishal Nikam) and Kanchi (Amruta Dhongade) meet paths, they secretly keep glancing at one other while secretly in love. Neither of them makes the other aware of their feelings, though. Up until Kanchi takes a brave move and expresses her feelings by getting Mithun's name tattooed on her hand. So far, so good, but Prakash Pawar, the filmmaker, takes a very long time to establish this.

The film enters the intermission with a foreshadowing of the violence that will occur in the second half after some corny romance sequences. The second half focuses on shady politics and a dishonest police officer tormenting the protagonist at the direction of the town's political bigwig.
It has been poorly developed, despite the fact that it does have a connection to the developing romance between our main characters. It would have been wiser to concentrate on just one of the topics or to handle them both in layers. Instead, the too-simplified approach to these issues leaves nothing unresolved. In addition, the final act of the film seems rushed. 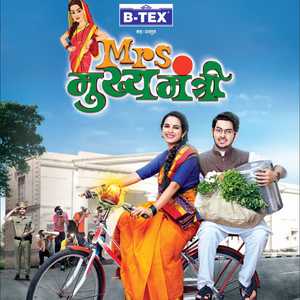 Suman, a young girl from Satara's little town, is the main character of this tale. By the strange turns of fate, she ends up becoming Mrs. Mukhyamantri. When Suman was very young, her mother passed away. She is a diligent young woman attempting to support herself. She resides with her father Tatya, a drinker who steals money. Samar Singh Mantri-Patil works as a pilot. Anuradha Mantri-Patil wants her husband Shersingh Mantri-Patil to fulfill her lifelong ambition of becoming Mrs. Mukhyamantri.

Zee Marathi currently carries the family drama Mrs. Mukhyamantri in Indian Marathi. It began on June 24, 2019, and ended on September 12, 2020. Under the auspices of Vajra Productions, Shweta Shinde and Sanjay Khambe are in charge of its production.

One of the top technicians in the Mumbai suburbs, Charu is a 22-year-old woman who runs her father's repair shop. Life changes for Charu, a 12th grader when she unintentionally receives a marriage proposal from a wealthy family.

She already has daily struggles, so her blossoming love story becomes difficult. Success and caliber are at war. It follows the path of an ambitious young woman who acts as the backbone of her family and achieves their goals despite the challenges they confront in the midst of a love-hate-love narrative.

The new Chandane Shimpit Jashi program, starring Sachit Patil and Amruta Dhongade, has been taken off the air. After the lockdown, the recently released show was unable to dominate the TRP charts.

The creators opted to lower the curtains as a result. The decision was made in a hurry, hence the show ended abruptly after 97 episodes.

This season's theme and concept is All is well, which implies that everything will be in order and that nothing bad will ever happen in the home. This season's House has a Chawl theme.


For the third time, The House was situated in Goregaon. The season of Bigg Boss Marathi featured a balcony for the first time in its history, symbolizing 75 years of Independence. Golden eye borders surround a dark pink background.


There is a rangoli-style design and the name BB in the middle. The season 4 promo was officially launched by the producers on July 24, 2022, on Colors Marathi. Mahesh Manjrekar confirmed his return to host this show a few days later.


The fourth season of the reality television program Bigg Boss, which is aired in India, is known as Bigg Boss Marathi 4. On October 2, 2022, Mahesh Manjrekar and Colors Marathi debuted the first episode. Amruta Bigg Boss was a success as she was a contestant in the show. Amruta Big Boss is a contestant gaining lot of popularity in the show. 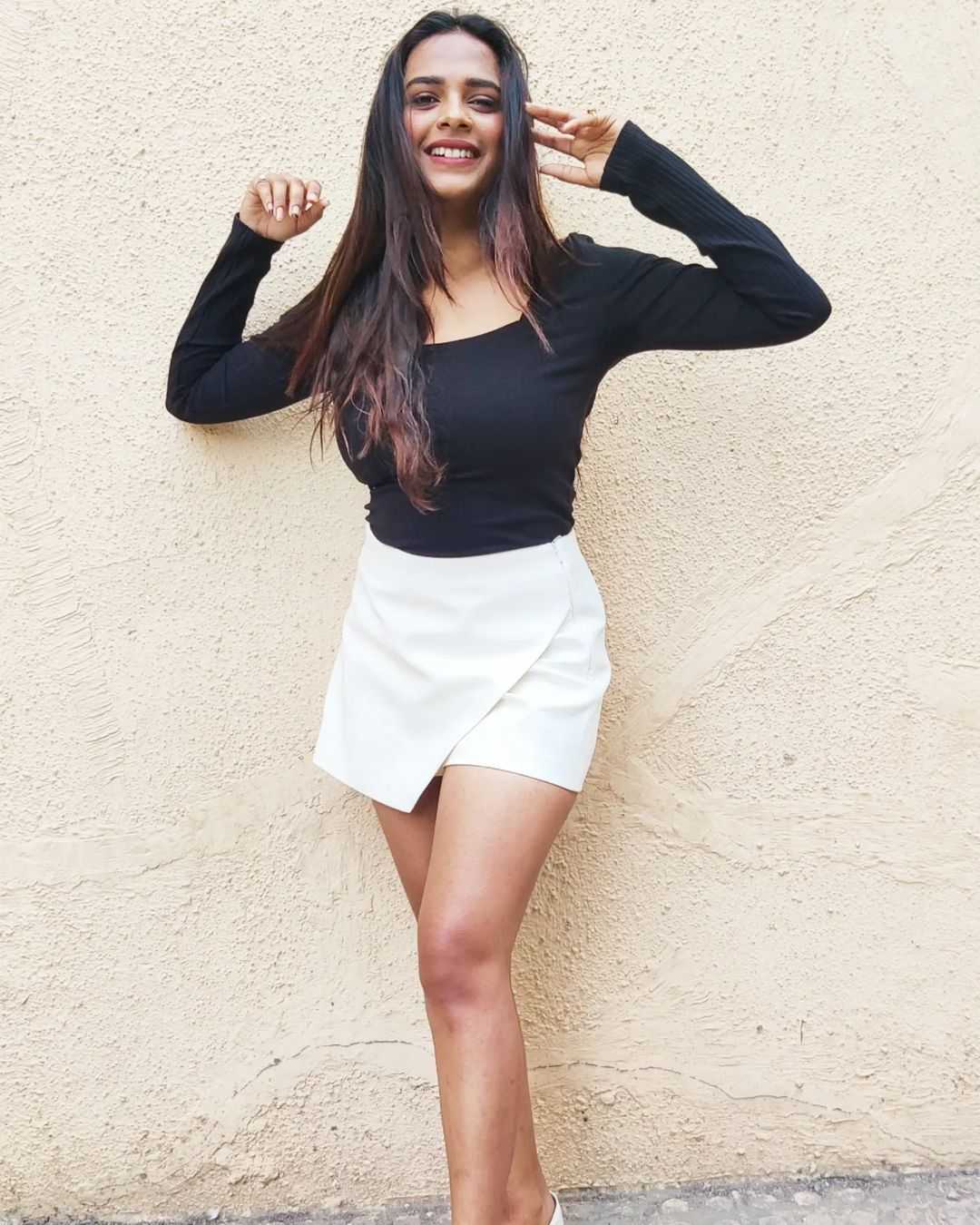 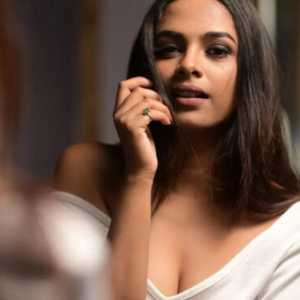 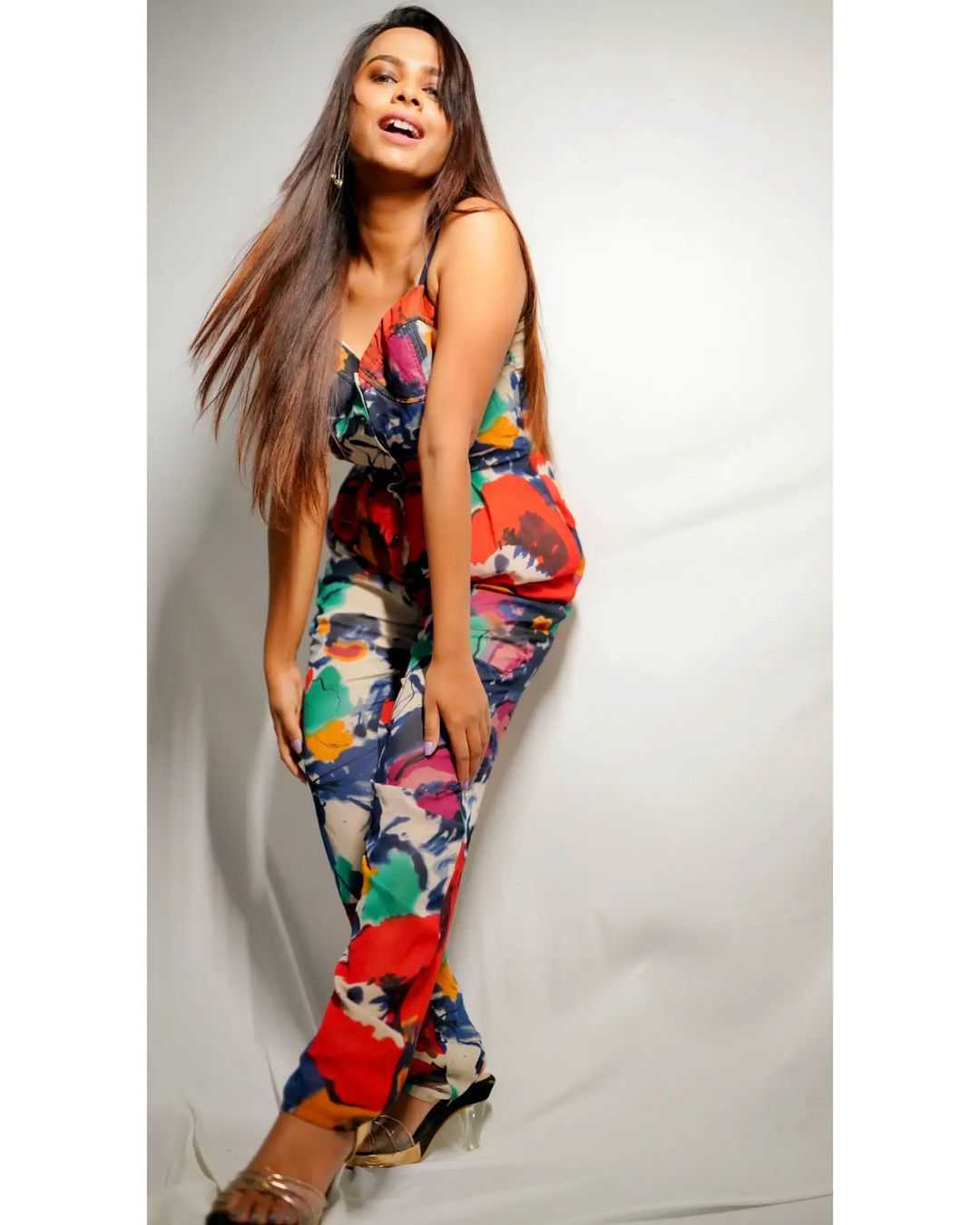 Amruta Dhongade is a Marathi actor and social media celebrity.

Who is Amruta Dhongade's Boyfriend?

Amruta Dhongade has no boyfriend as of September 2022

What is Amruta Dhongade's upcoming show?

What is Amruta Dhongade's age?

Who is Amruta Dhongade's Father?

What is Amruta Dhongade’s birthdate?

What is Amruta Dhongade's salary?

What is Amruta Dhongade's net worth?

Amruta Dhongade's net worth in Indian rupees is 3 crores in 2022.

What are the best Shows of Amruta Dhongade?

What are Amruta Dhongade’s famous songs?

Yes. Amruta Dhongade has a total net worth of 3 crores rupees.
×